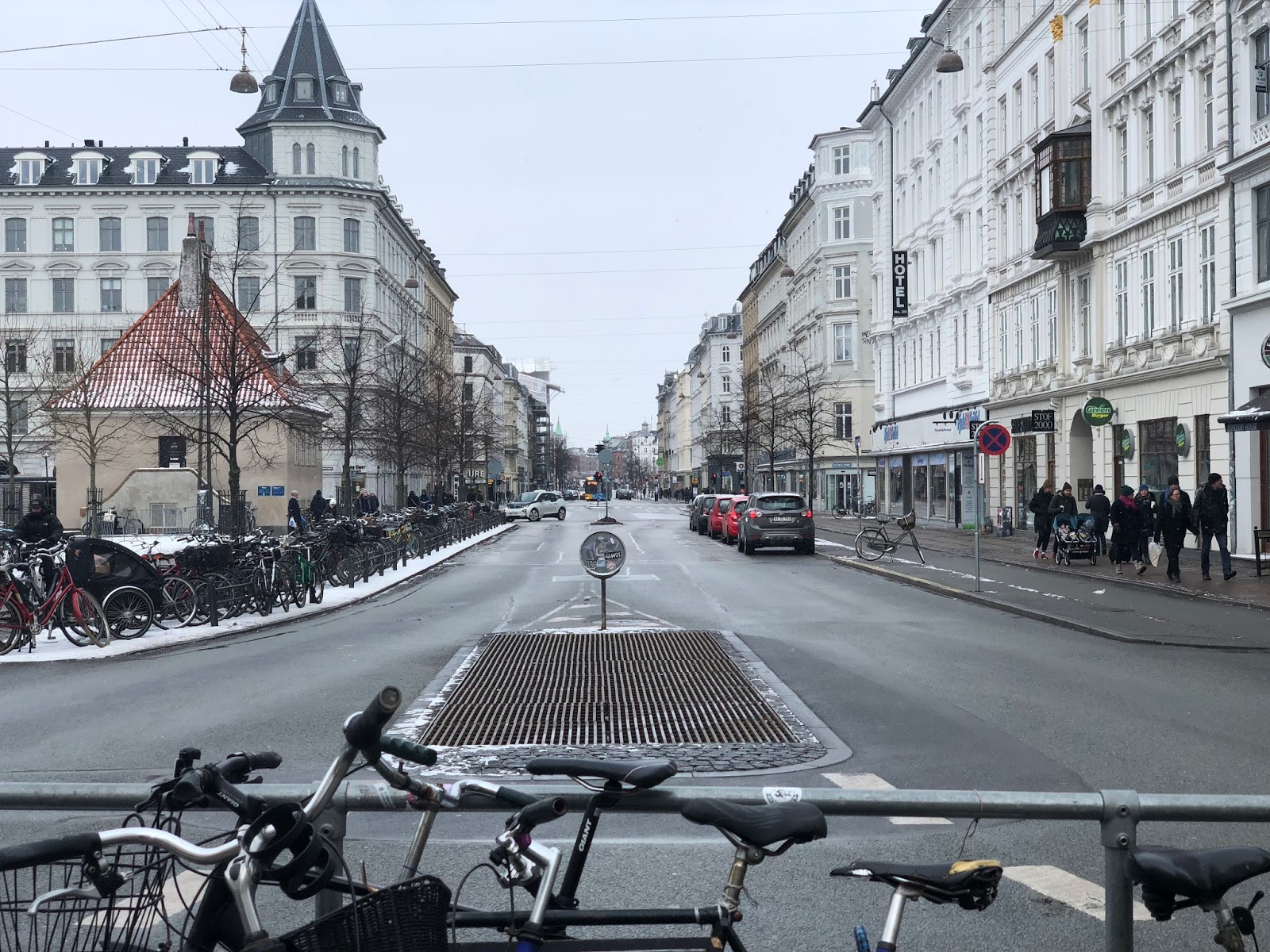 I know I’ve said this many times already, but we are truly blessed to be able to say we’ve visited three new countries this year already and it’s only March. They may not be big trips, but nevertheless, it’s one more country we can tick off our list of travelling the world.

In January, we went to Lisbon, Portugal, last month we went to Oslo, Norway and this month, we bring you to Copenhagen, Denmark for my, Jessica’s birthday.

We arrived early Saturday morning and left late evening on Sunday, so with just under 48 hours to explore the city, this is what we did.. 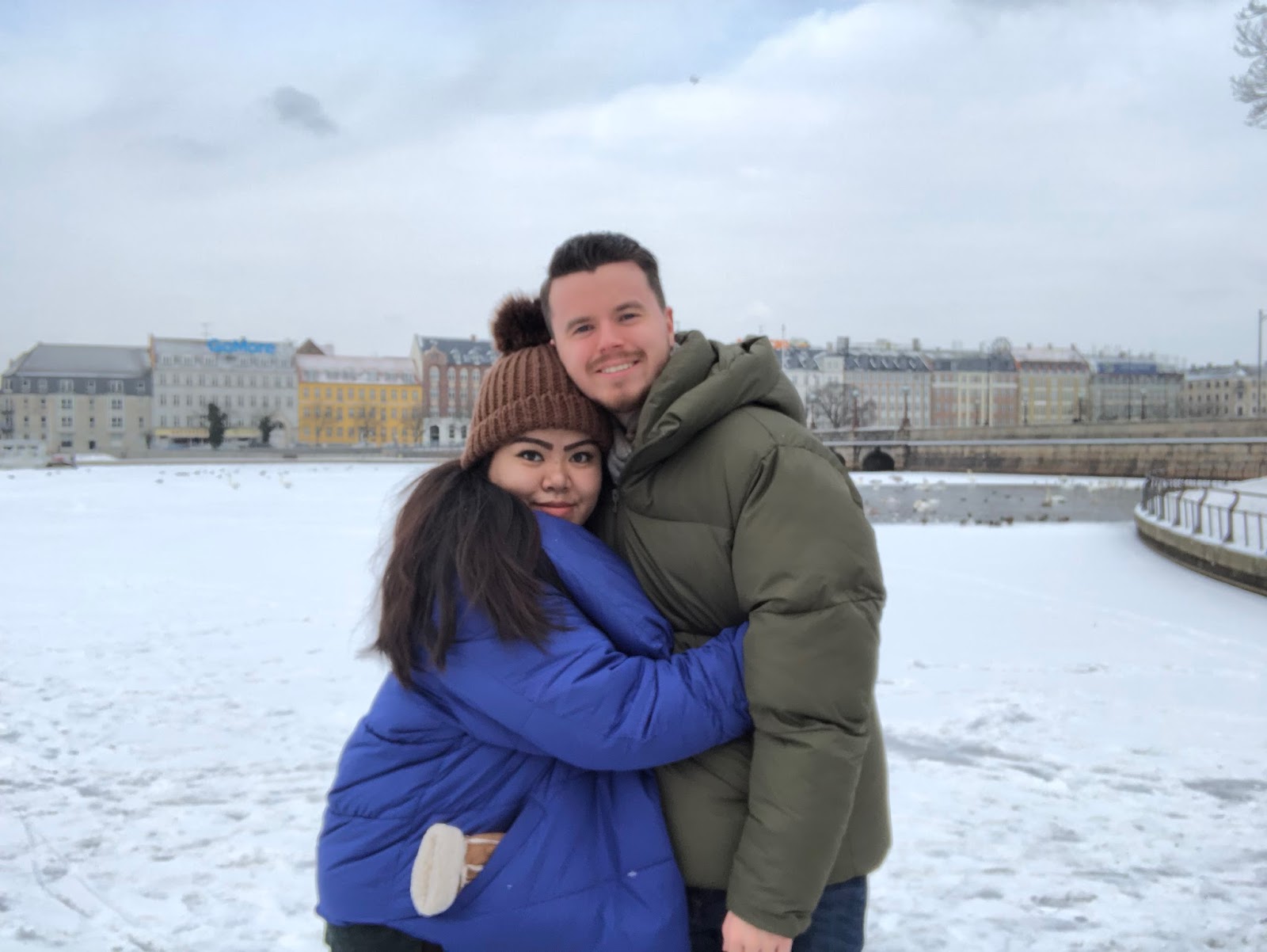 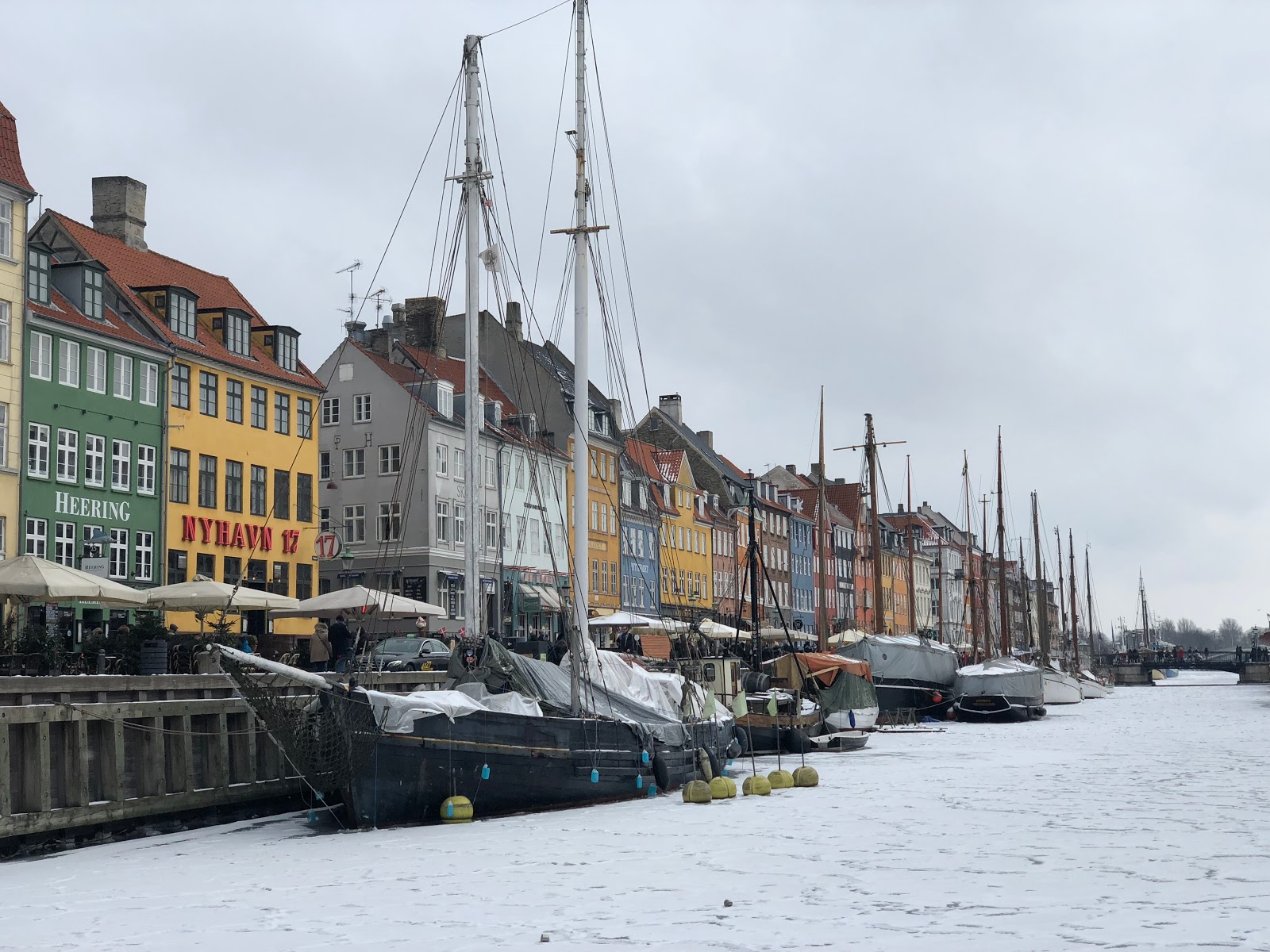 it’s pretty self-explanatory isn’t it? We would not be true tourists, let alone bloggers, if we did not visit this picturesque street. 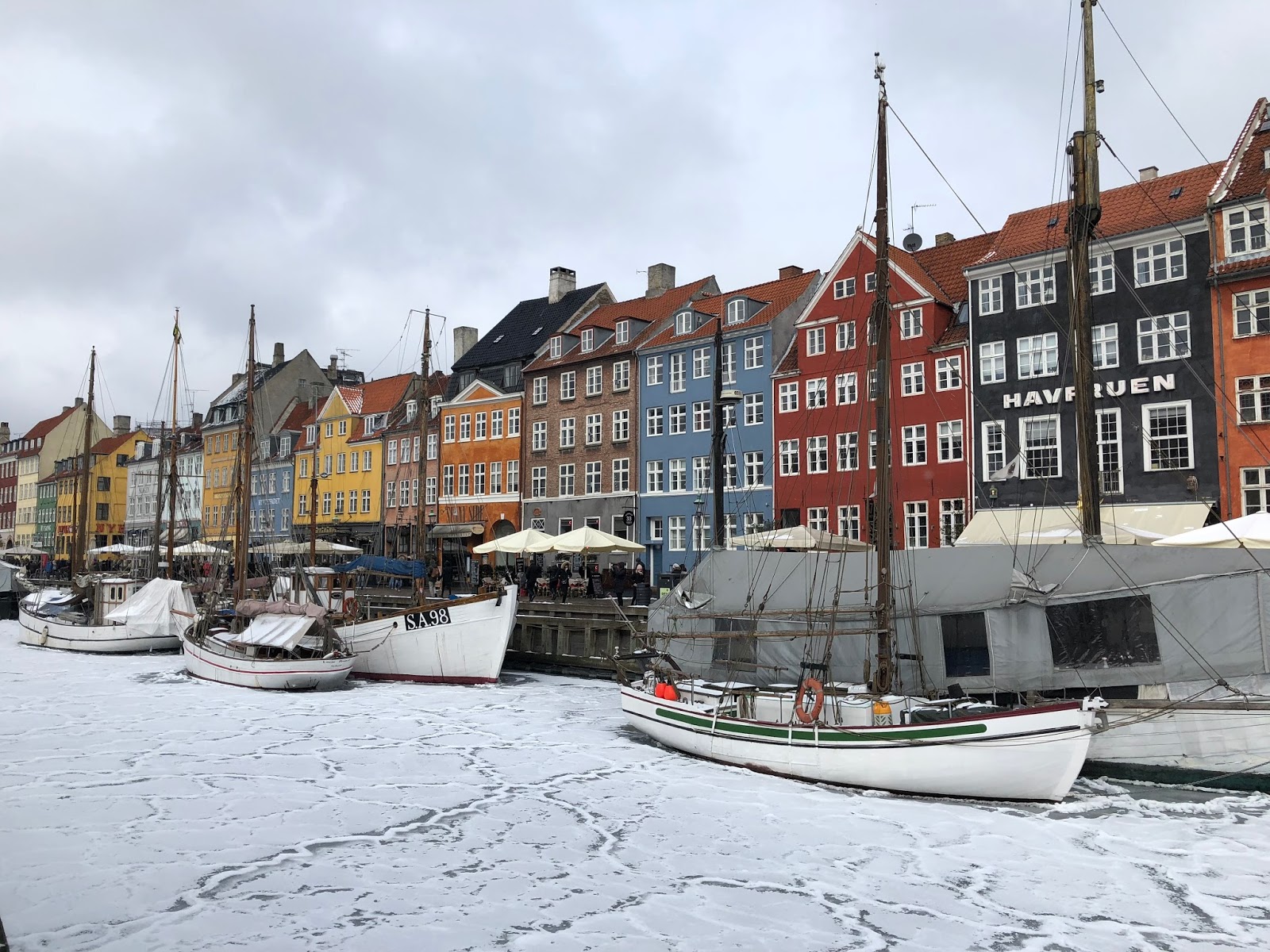 Climb the and See the Views at Rundetaarn 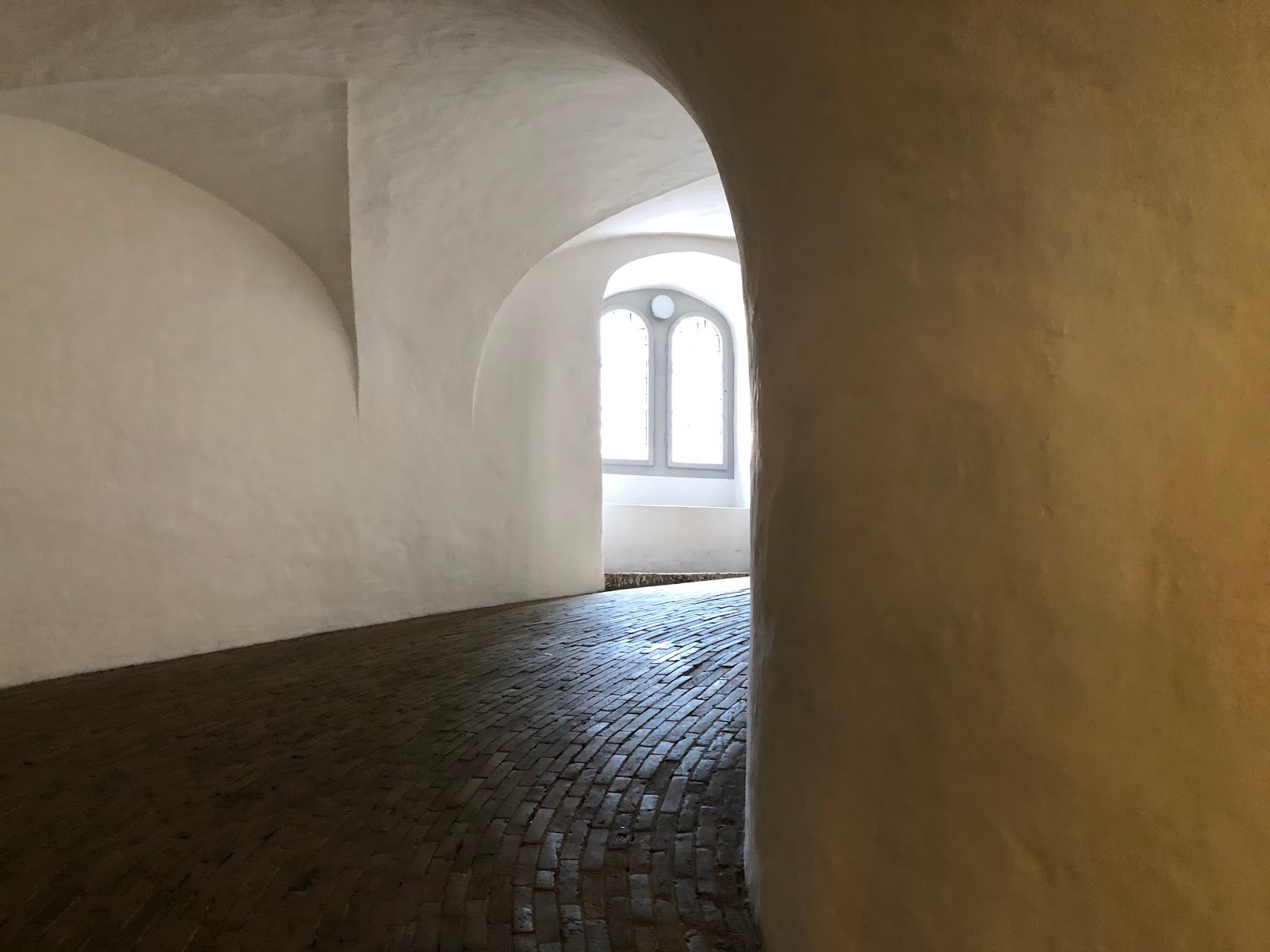 If you haven’t already guessed by now, we love a good scenic view from above. It didn’t cost too much for entry and unlike most places we visit, it wasn’t stairs but a very long round walk up.

Along the way, you can stop and learn facts along the way and little interactive things. It is the oldest functioning observatory in Europe. 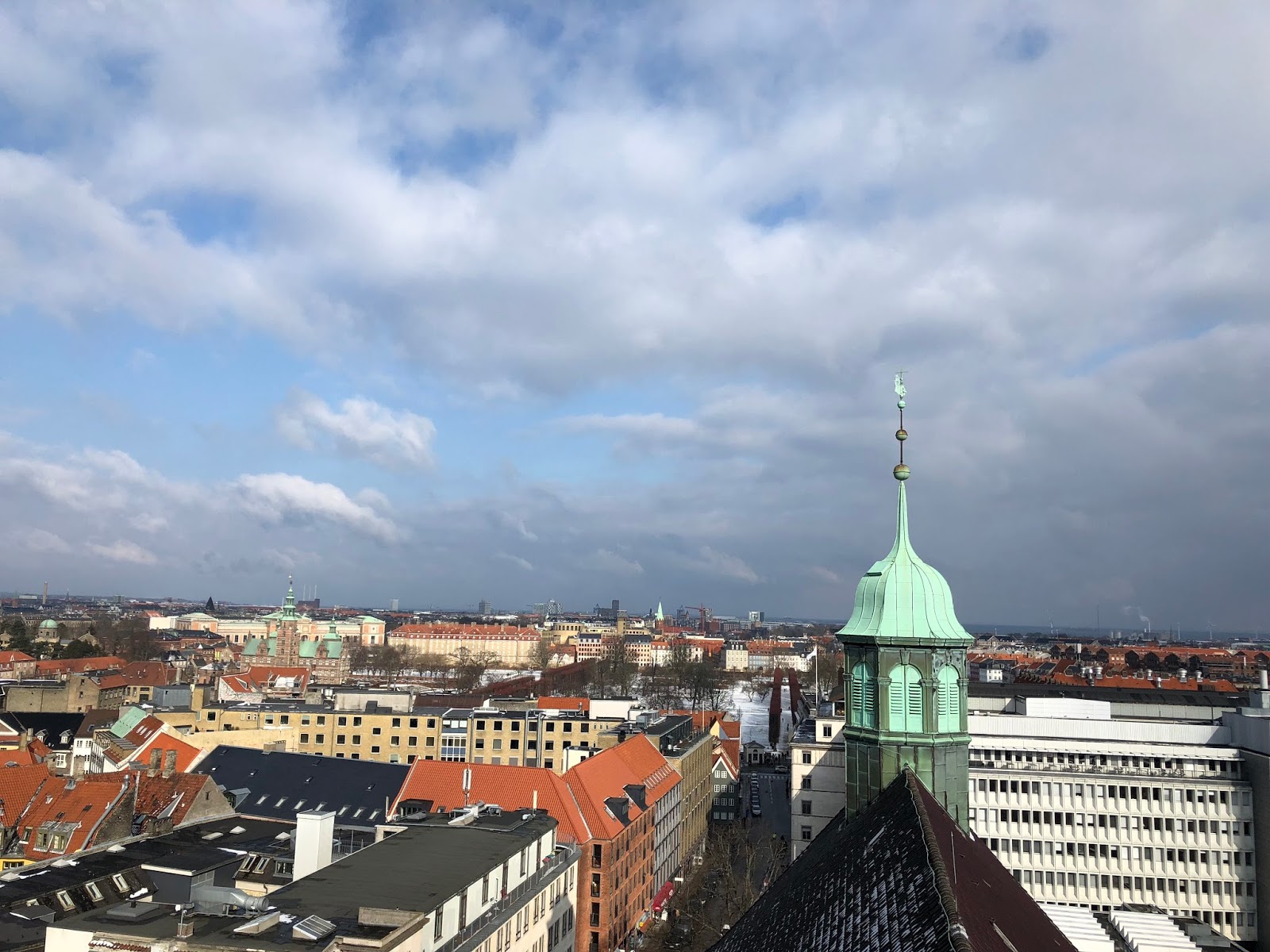 Walk on a Frozen Lake

We were lucky enough to have The Lakes on the doorstep of our hotel, Kong Arthur Hotel, and with the current storm, The Lake was beautifully frozen which allowed us and the public to walk on it. It was terrifying but a beautiful experience. 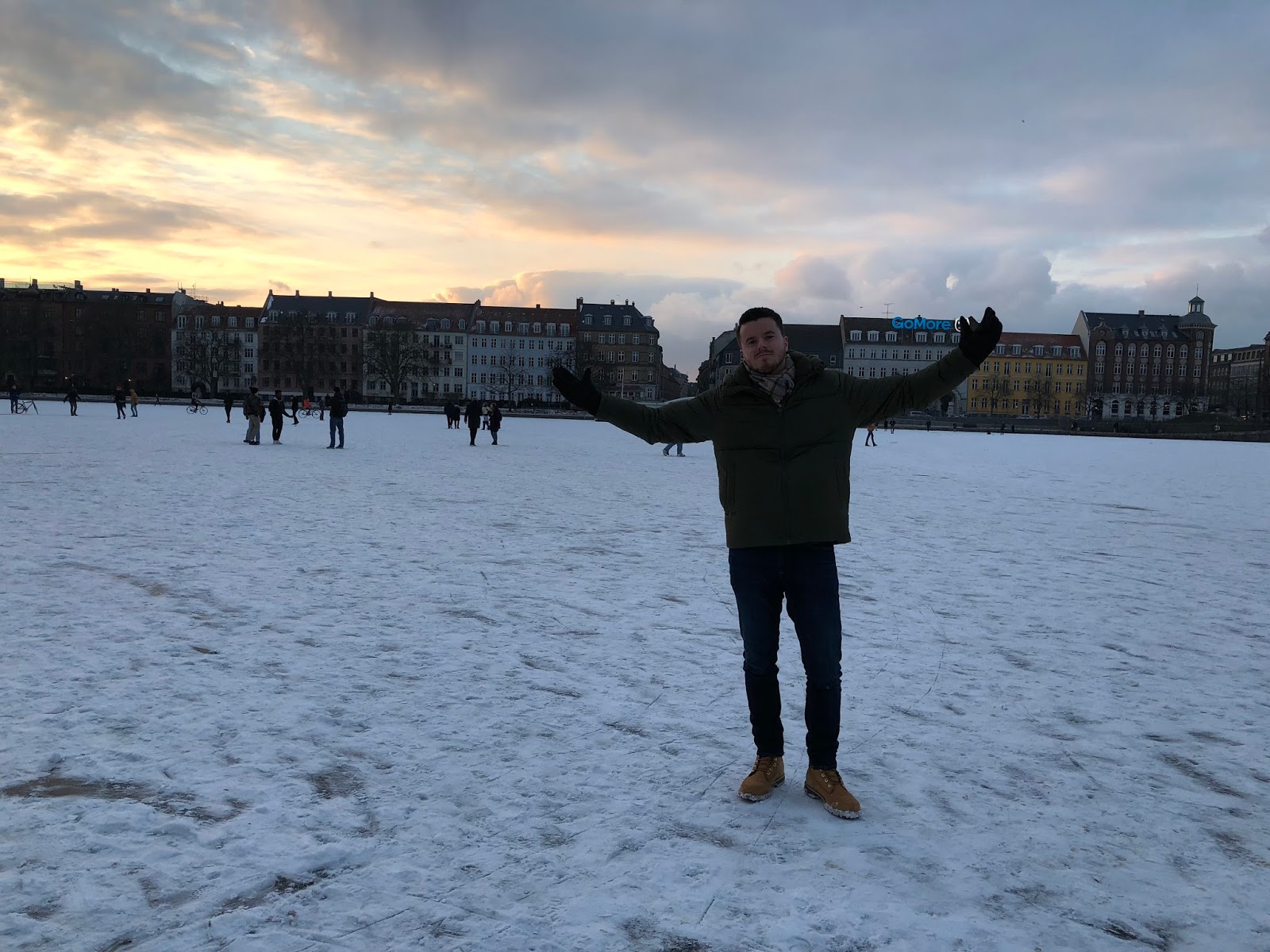 Go on a Free Walking Tour (or two) 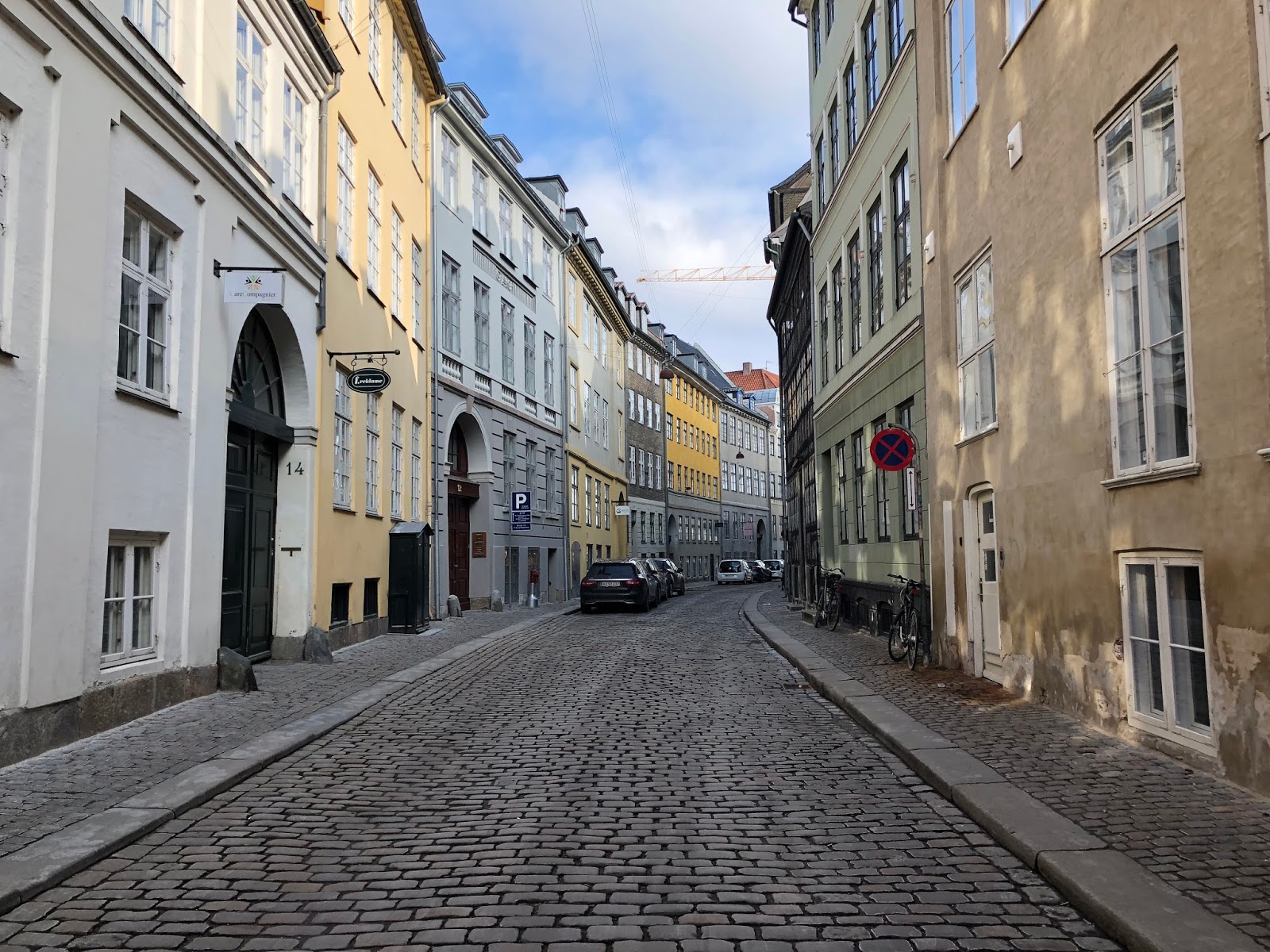 On the day of my birthday, we decided to take a Free Walking Tour to explore the city. It was actually a beautiful day. The first tour we took was the Grand Tour of Copenhagen at 11am, which lasted around 3 hours. At 2pm, we went on the Christianshavn Tour, which lasted 1.5 hours and luckily with the same guide, Jarod.

Jarod, on both tours had such great humour, as well as knowledge about modern and historical facts of Copenhagen. FromDanish language lessons to Harald Bluetooth.He was also really helpful with sharing his recommendations of the best Danish pastries, cheesecake and restaurants. 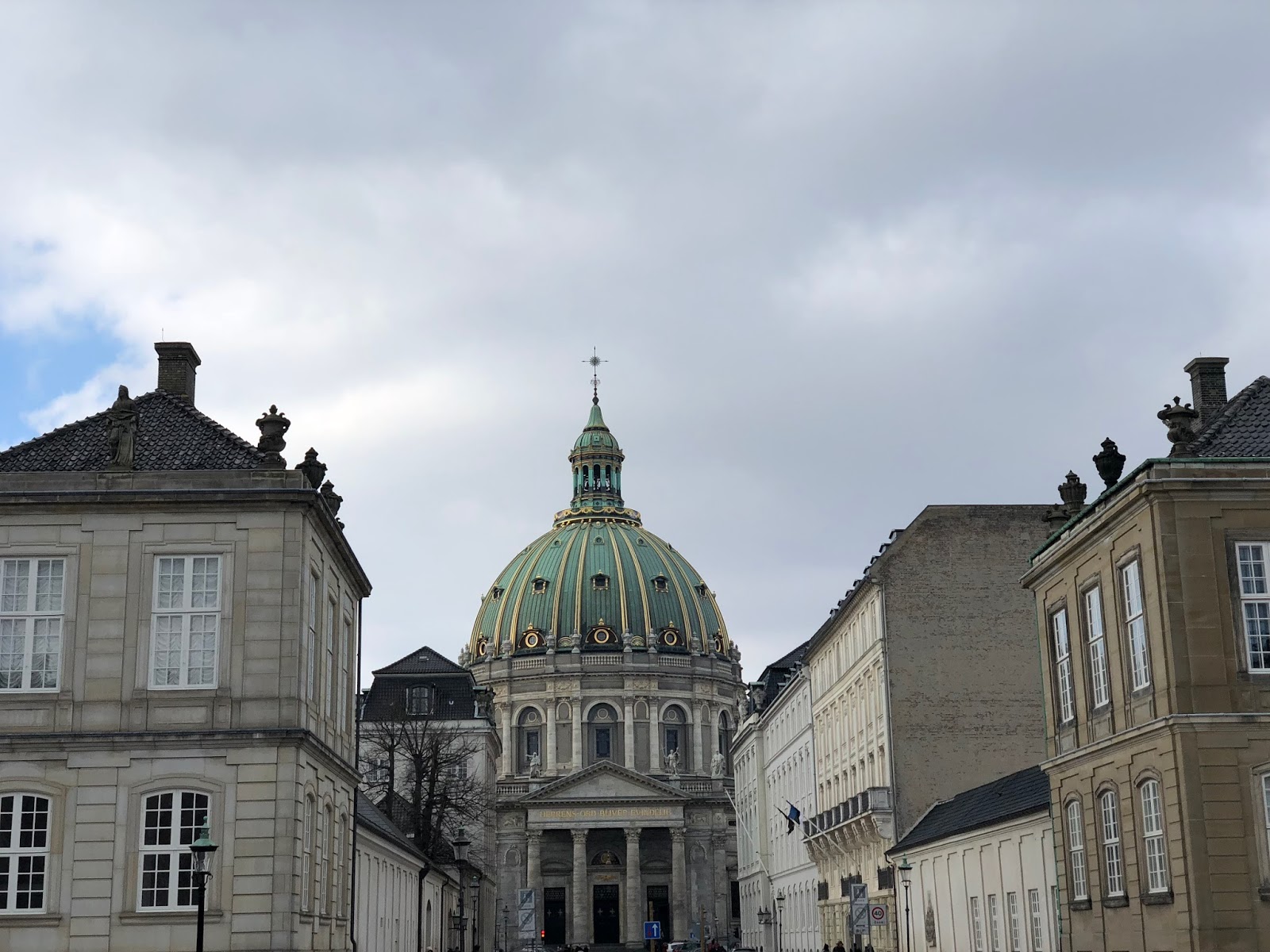 Talk a Stroll or a Boat Ride to The Little Mermaid 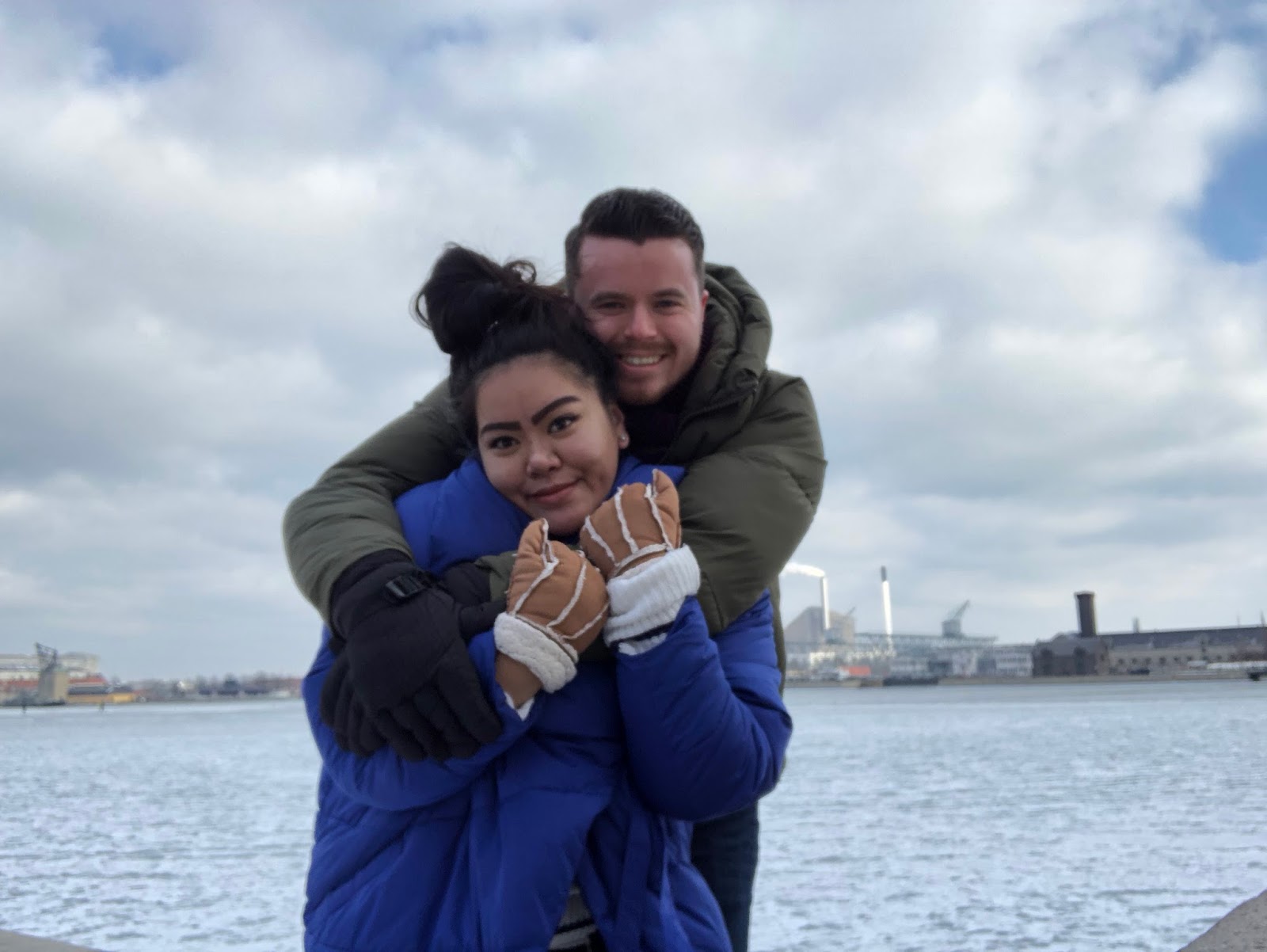 Originally, we wanted to take a little boat tour which would have taken us to see The Little Mermaid, but due to the weather and the frozen lakes, it was completely impossible and we decided against it. When we realised we were only a 10 minute walk from where we ended our first walking tour, we thought we’d take a nice crisp stroll to it.

“The sculpture was inspired by Hans Christian Andersen’s fairy tale about a mermaid who gives up everything to be united with a young, handsome prince on land. Every morning and evening she swims to the surface from the bottom of the sea and, perched on her rock in the water, she stares longingly towards the shore hoping to catch a glimpse of her beloved prince.” 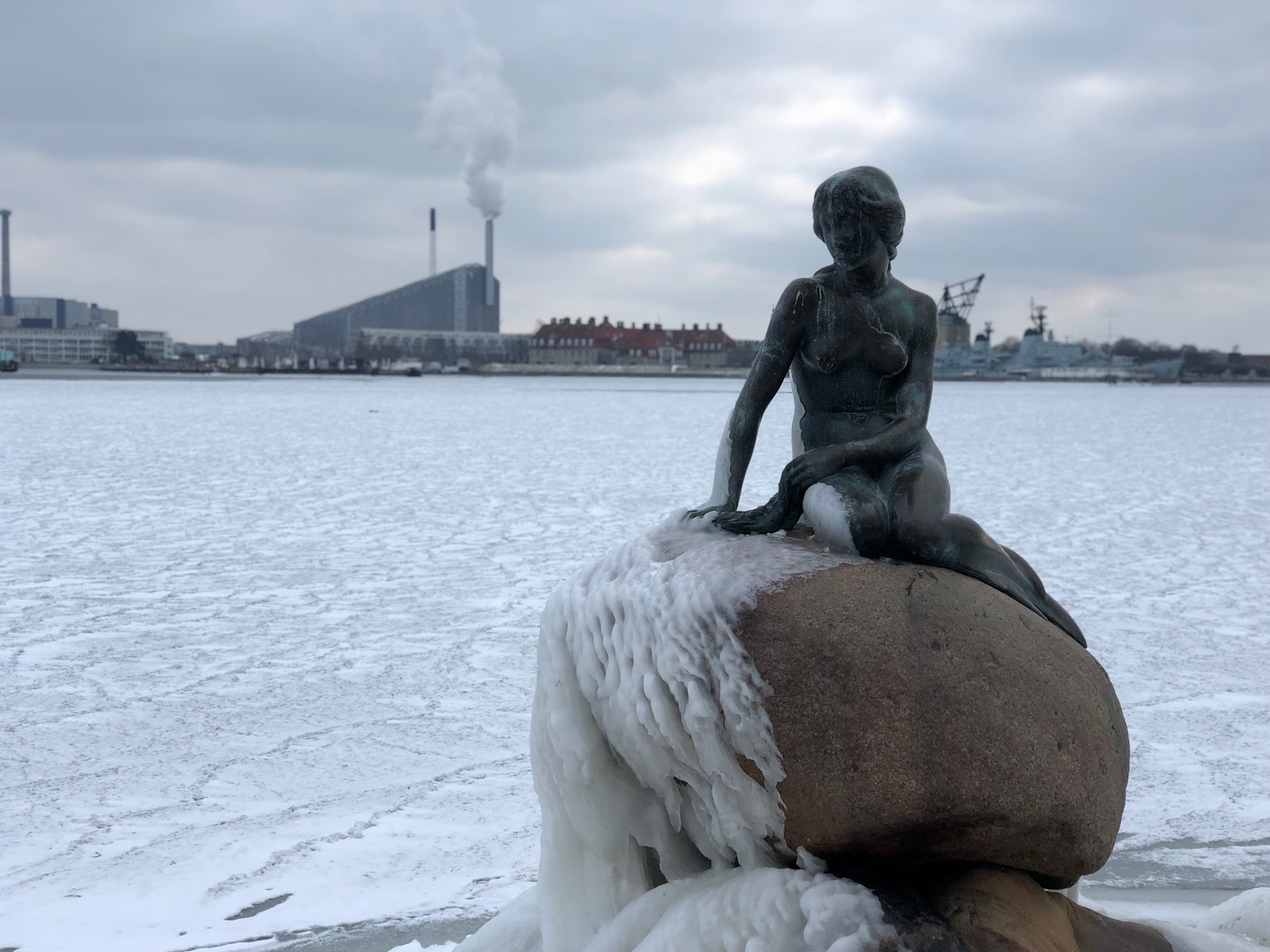 Grab a traditional Danish hotdog from the many Hotdog Stands

We actually first tried these as a part of our food tour the day before, but it was that good that we decided to have them again for lunch the next day! You can read more about them on our food blog. 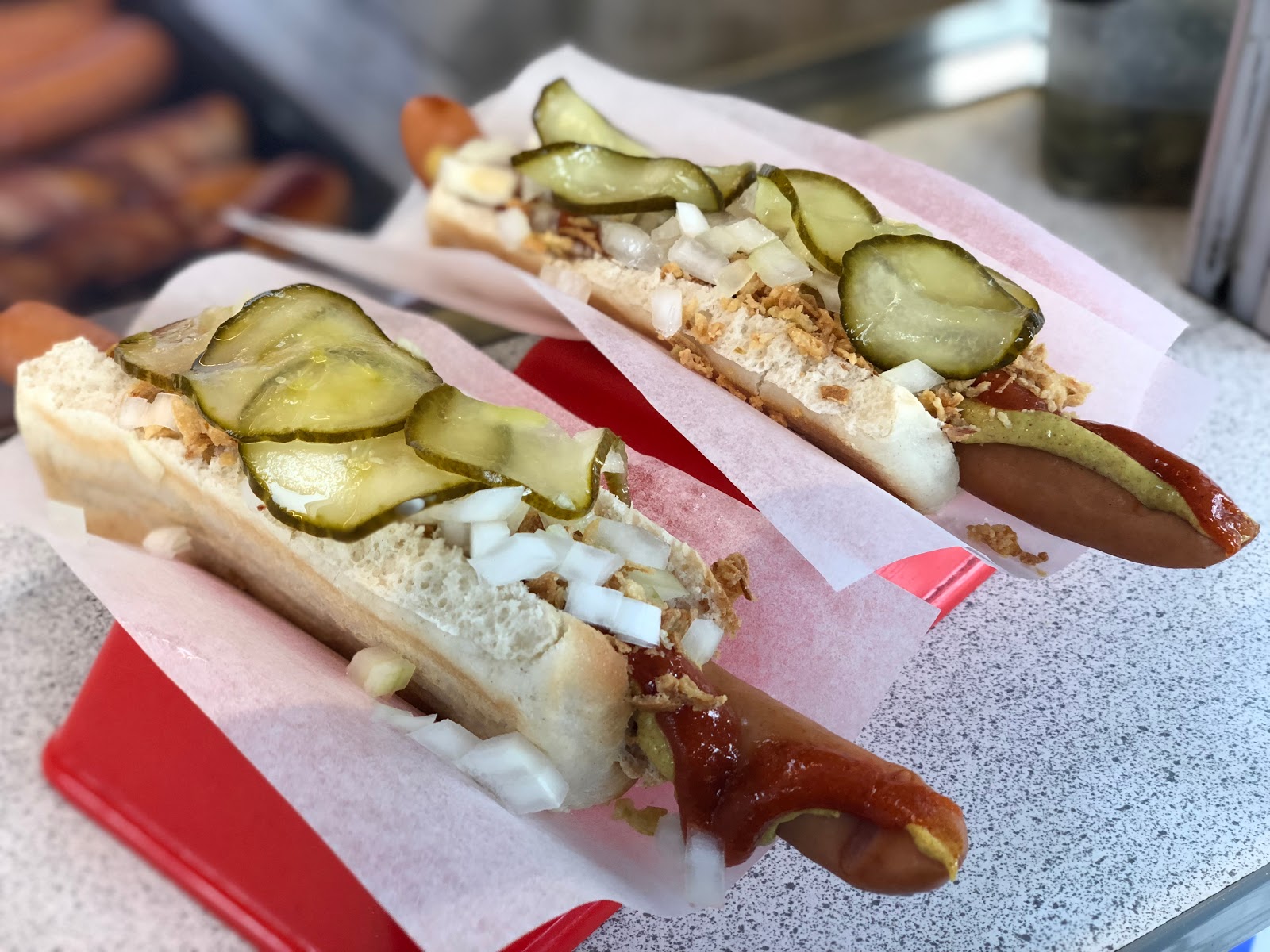 Enter the Freetown of Christiania 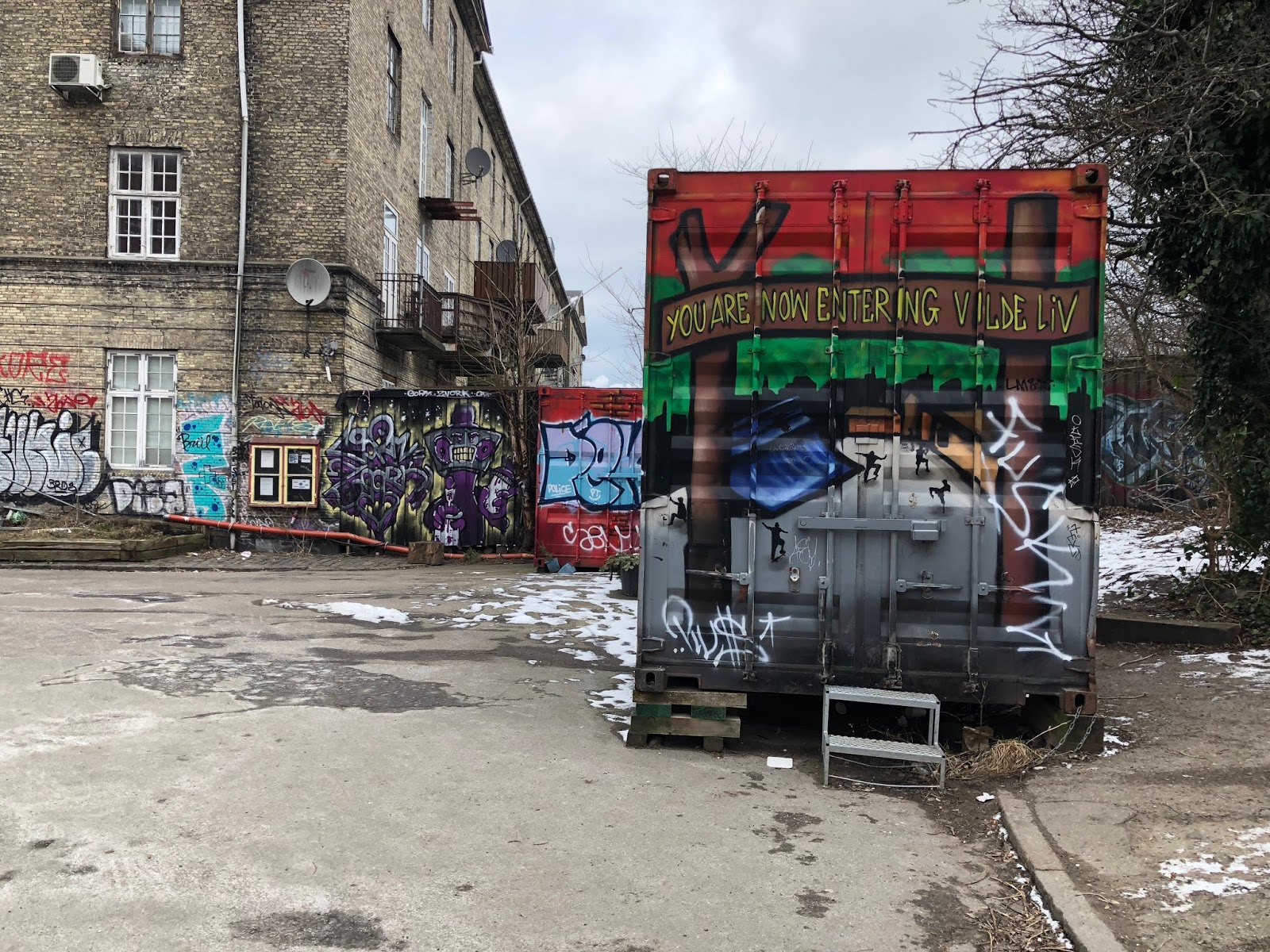 After our second free walking tour: Christianshavn Tour, it ended by the freetown of Christiania and after hearing about it, we knew it was a must visit while it was still daylight.

“Freetown Christiania is a green and car-free neighbourhood in Copenhagen, best known for its autonomous inhabitants’ different way of life. It was established in 1971 by a group of hippies who occupied some abandoned military barracks on the site and developed their own set of society rules, completely independent of the Danish government.

For your own safety, visitors are advised not to film nor photograph in Christiania, especially not in the area in and around Pusher Street, mainly due to the hash dealing, which is illegal in Denmark. At the entrance you will find signs indicating ‘do’s and don’ts’ in the area. We advice you to take them seriously and follow them for your own safety.“

To be honest, it wasn’t as scary as I thought it would be. It was much calmer and you can sense the freedom in the area. Some compare it to Amsterdam, but from our experiences there, it’s nothing like it. In Christiania they are more open about the presence of drugs and it and it was so weird to see it publicly at many different stalls. We would recommend to visit if you’re curious, but make sure to follow the rules. 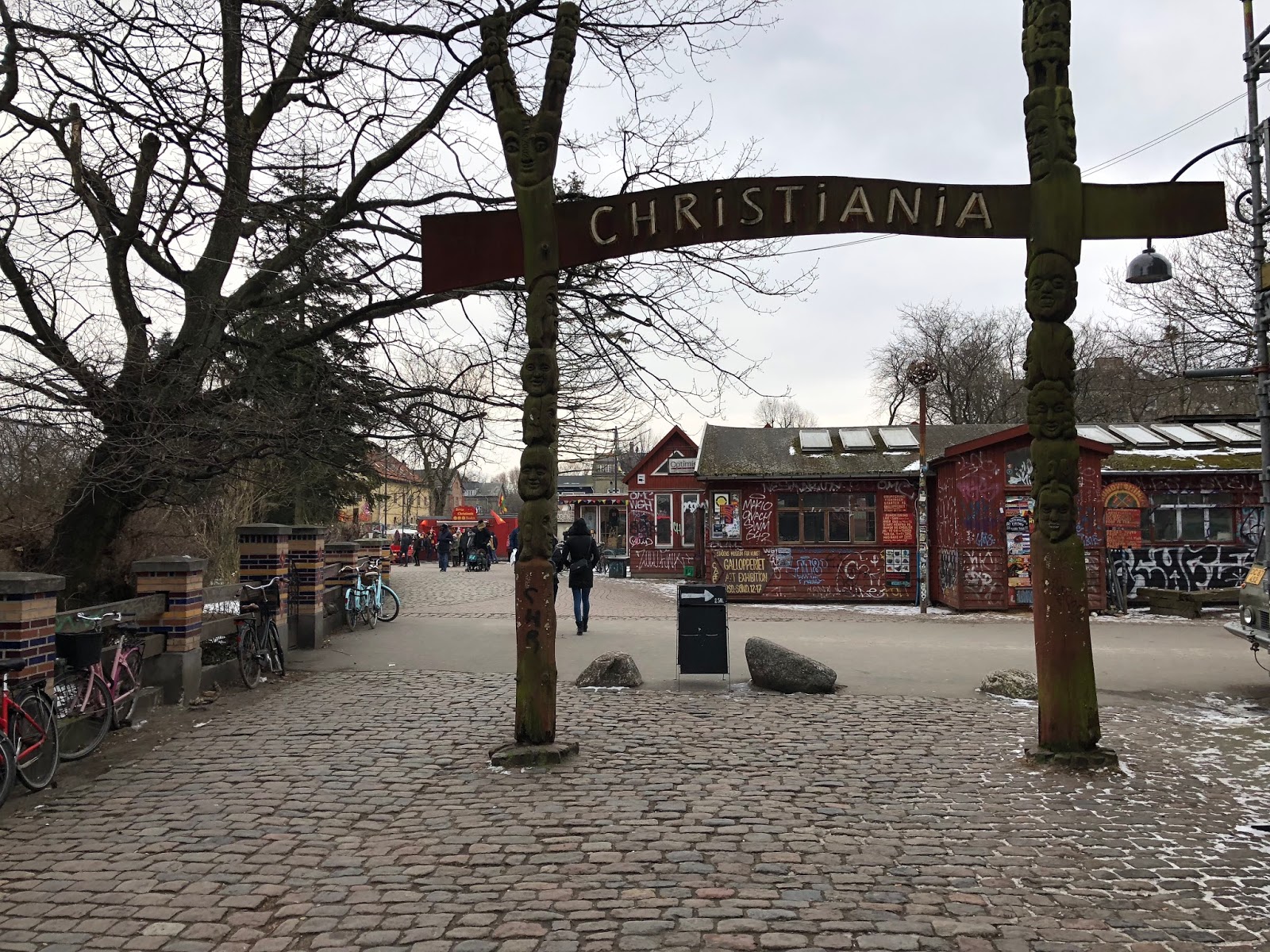 End your Day with the Best Cheesecake in Town 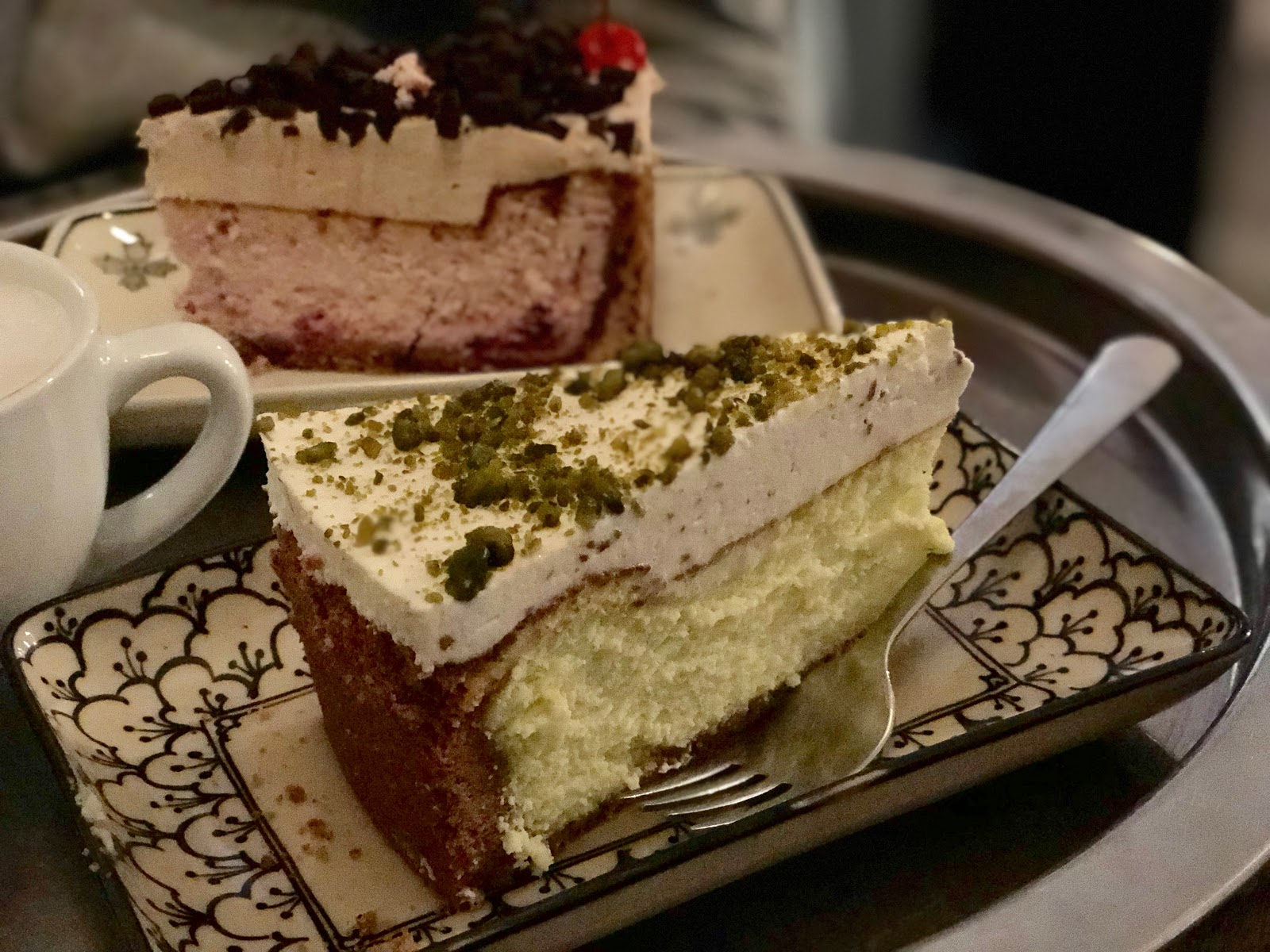 Bertels Salon was actually recommended to us by our Free Walking Tour Guide, Jarod. As it was my birthday, we obviously went here for a treat. Jarod suggested the Key Lime Cheesecake but unfortunately, it was out of stock. I opted for the pistachio and James had the Black Forest – both were so good and creamy – definitely needed after walking for 6 hours straight.