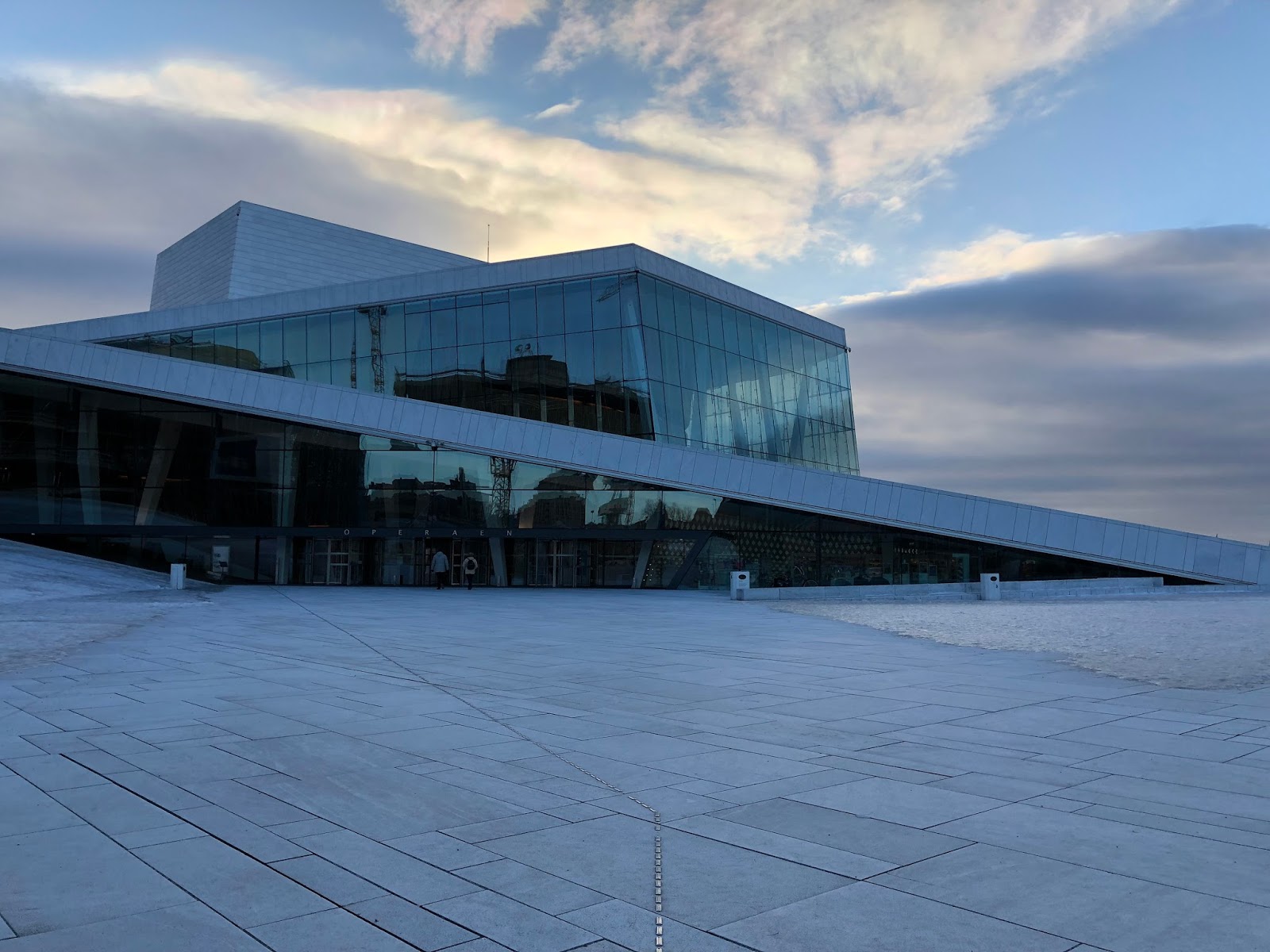 There’s no better way to shake off the early year blues by travelling. It should definitely be a thing. We are blessed to be able to say our trip to Norway is our second of 2018, and we can’t wait to share more and more adventures with you as the year progresses. 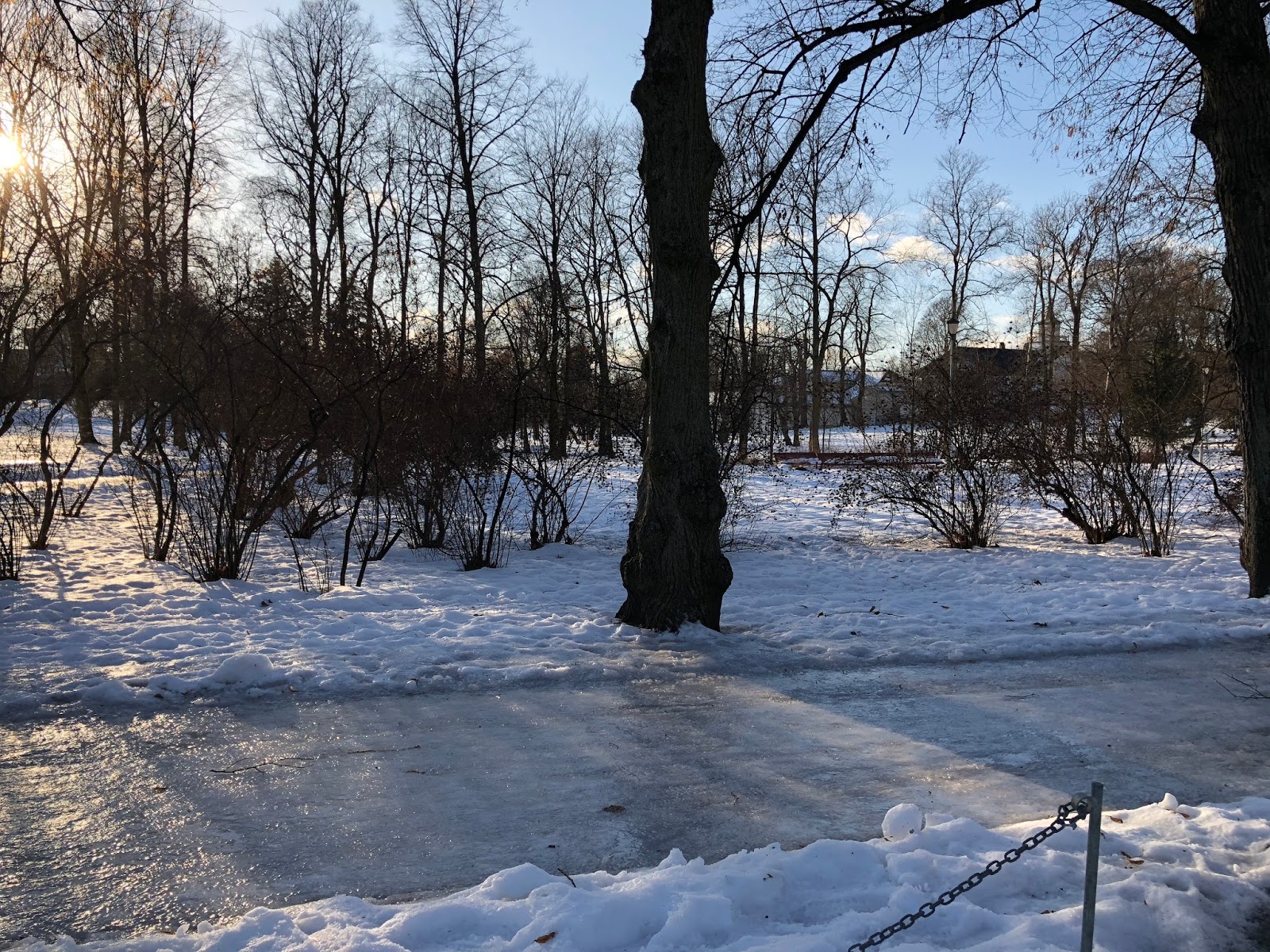 We departed Manchester Airport on the Thursday evening, and after a longer than expected bus transfer from the airport to the city (always check how far the airport is to where you’re actually going kids), we only had time to check into our hotel and plan our days here. But it was up early the next morning to start exploring! 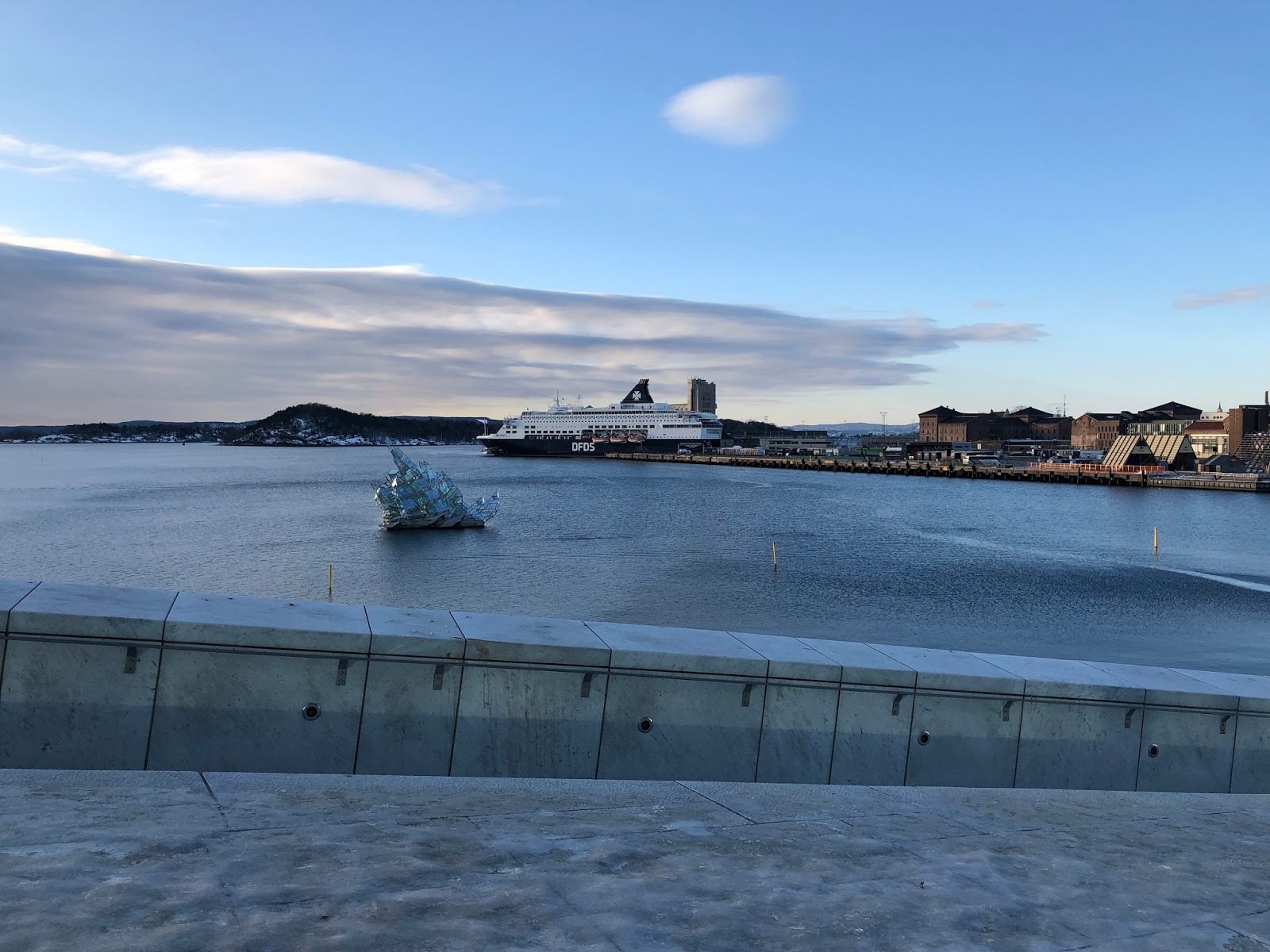 Oslo Opera House is the home of theatre and ballet in Norway, and its stunning interior and exterior makes it one of the city’s most famous landmarks. We braved the ice and walked the roof of this incredible building, which gives fantastic views across the river and city. You can do so by simply taking the stairs up from the side of the building. We’ve seen so many photos and videos of this prior to our visit, but with it being early morning and a pretty dangerous day to be doing such a thing, it was just us and a few others. 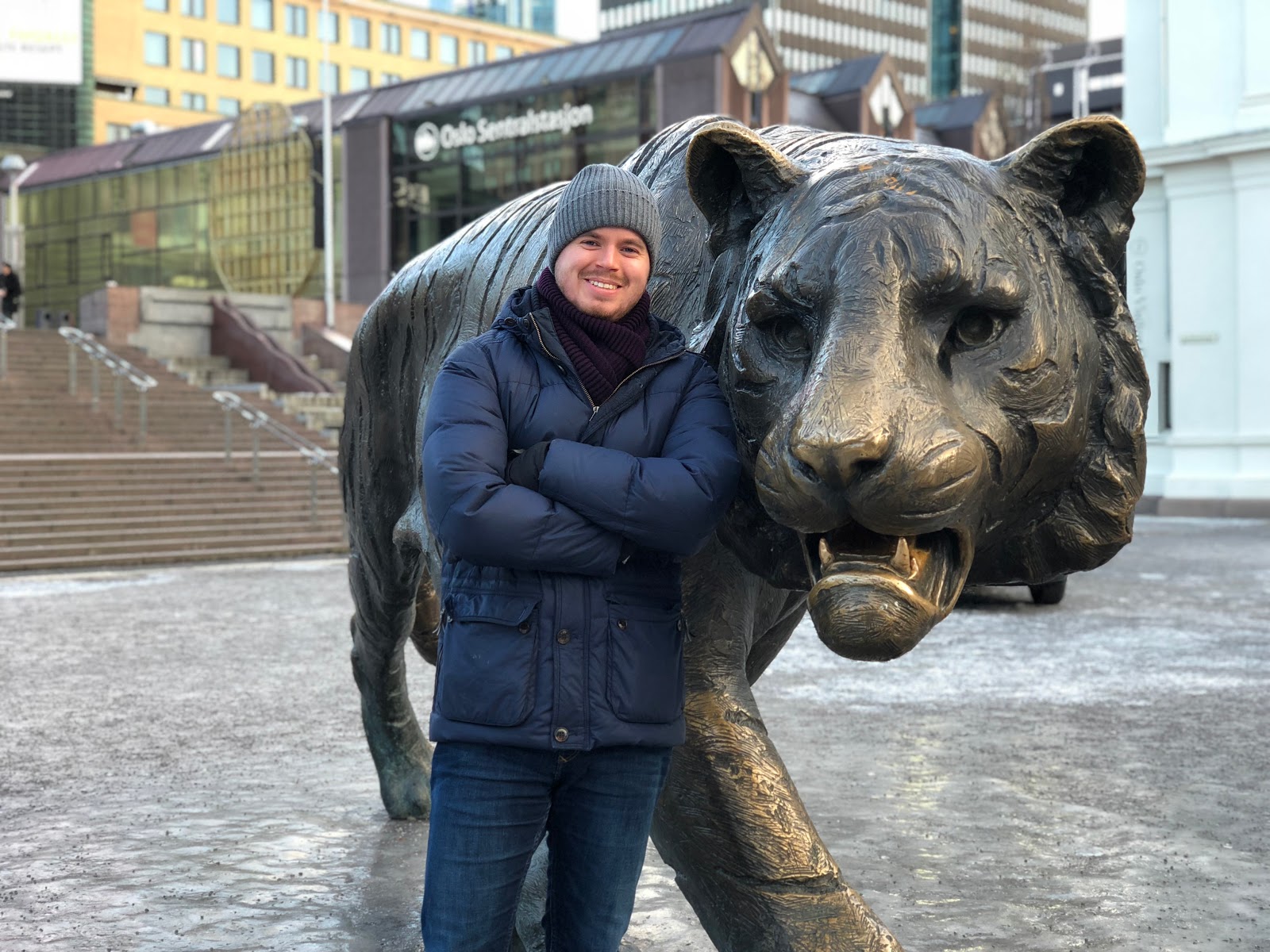 The Opera House was sandwiched between two coffee stops which you can read about in our upcoming post of the best cup of coffee in Oslo, over on our food blog. Following that we took the short tram ride to Vigelandsparken, a picturesque sculpture park with the most intriguing statues.

We came to realise that Oslo seems to be a big fan of statues – not only were they here in the park but seemingly randomly dotted across the city. We would love to know the thinking behind some of these, but all we could do was our best to re-enact our favourites! 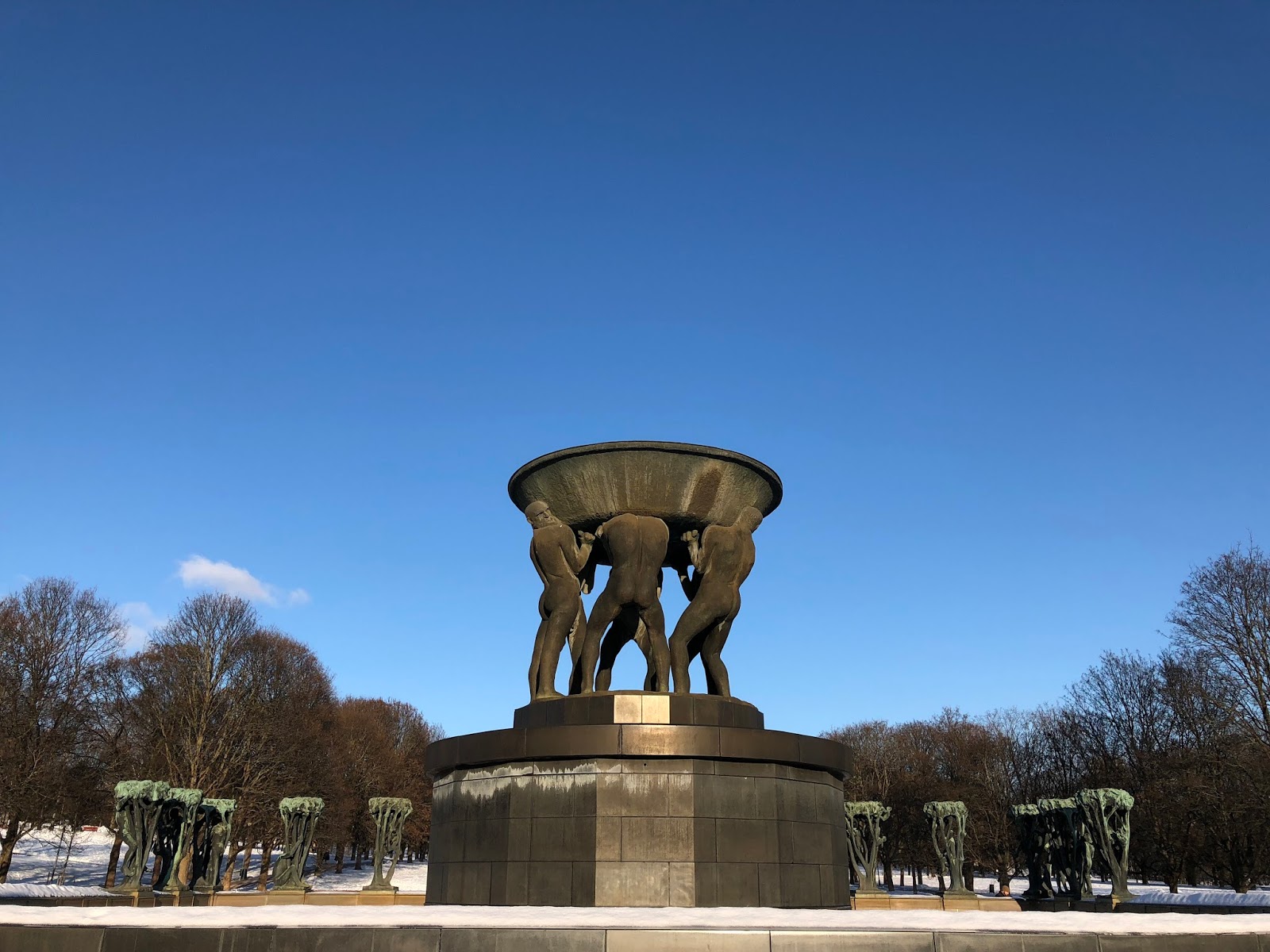 Despite it now being the middle of the afternoon, it -8 degrees. The lake in the park was completely frozen over, and the views from the top of the park were beautiful. We never got used to the ice beneath our feet, and we were proud of ourselves for getting to the second full day before falling. James jinxed himself by pointing out his pride just a few hours before taking the tumble. A rookie mistake. 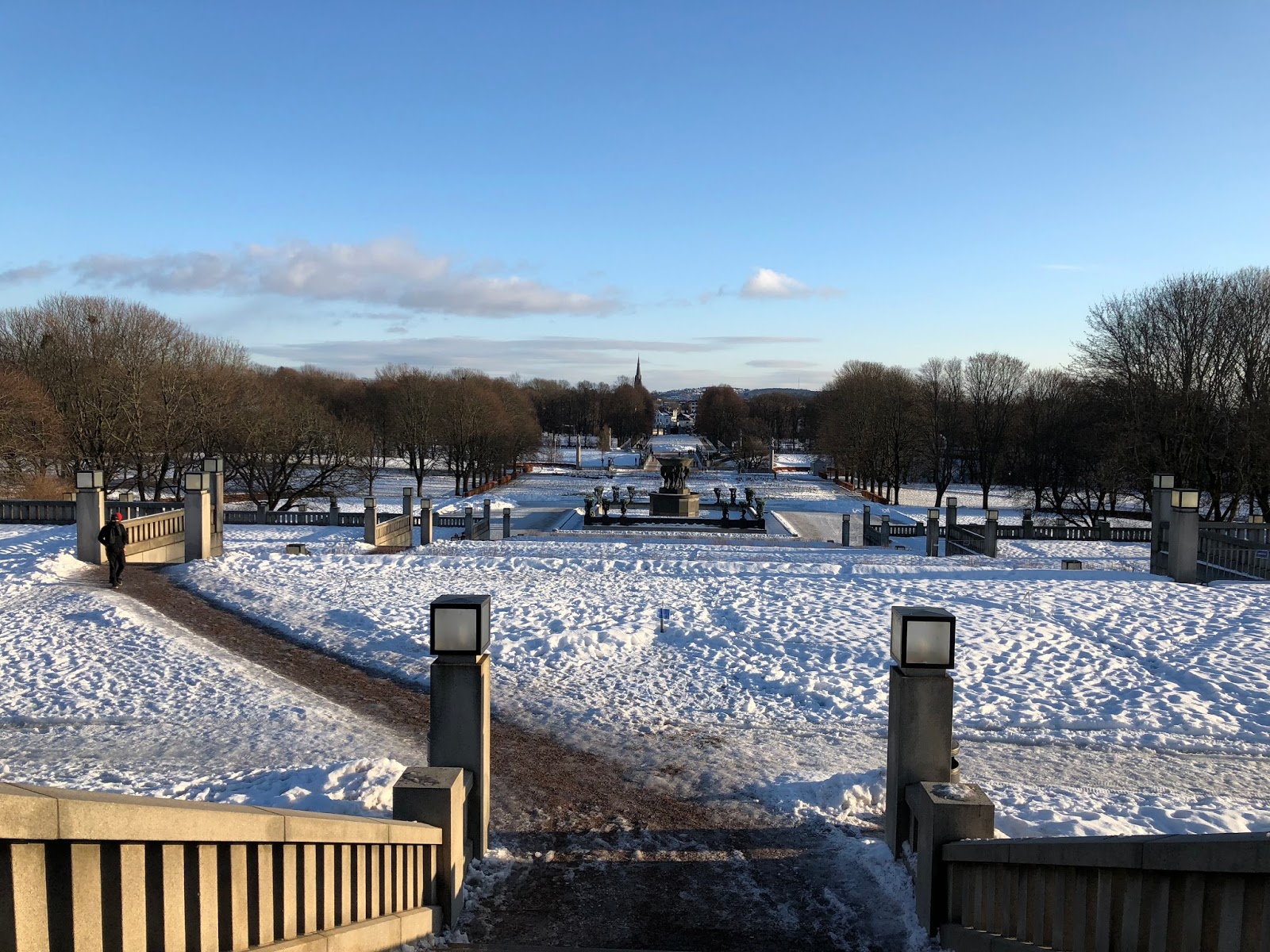 After long walks between our destinations for more coffee and a cracking grilled cheese sandwich, the day flew by and it was time to quickly charge up and be back out for dinner. Check that out over on the food blog! It was special.

The second day again had us out bright and early for breakfast, as we were embarking on a food tour at 1pm. Again, the food blog is where you need to be to hear all about that. We had good times and met great people who we spent the majority of our day with. 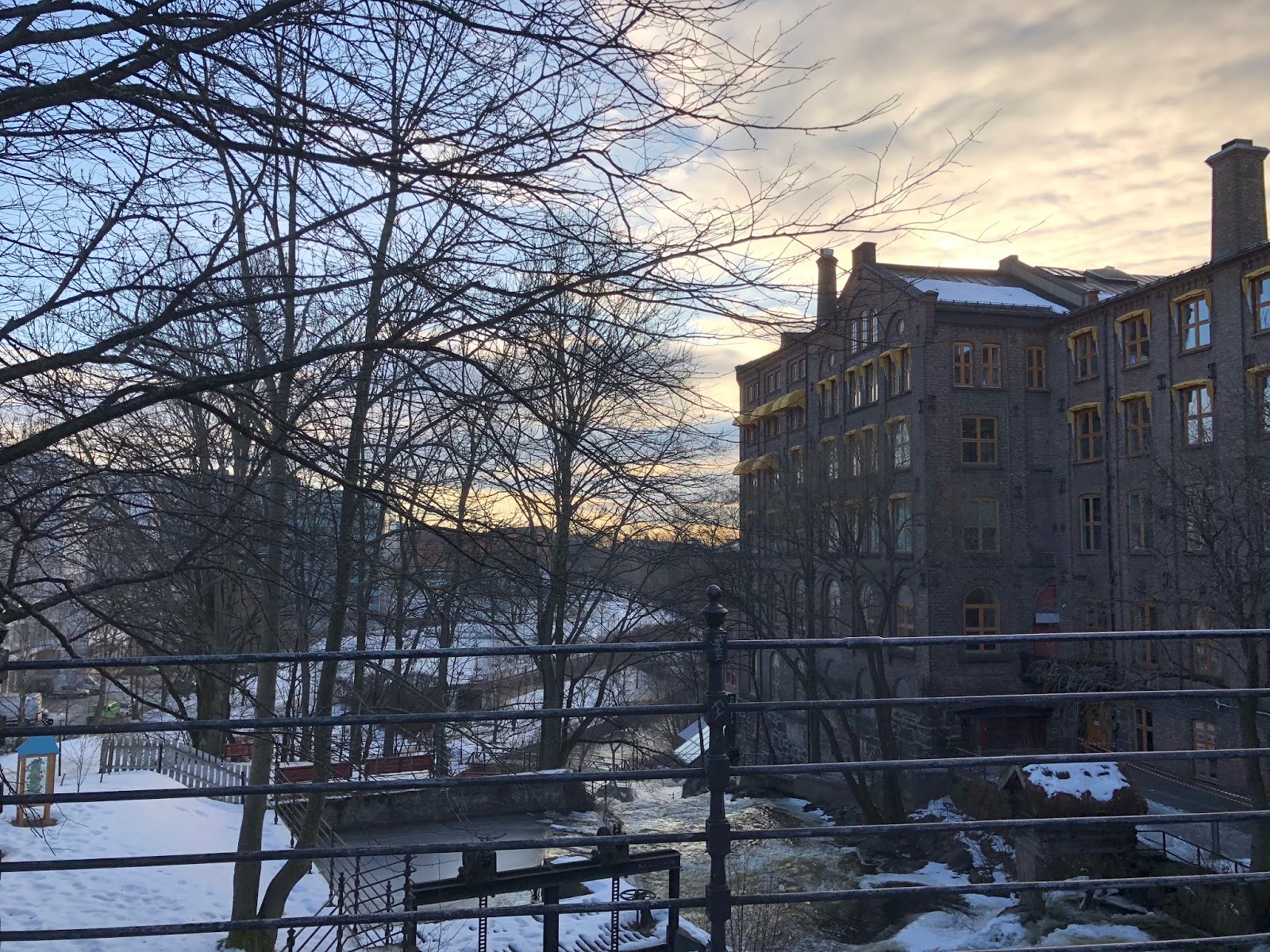 Oslo is a very cool place, in more ways than one! It’s extremely expensive compared to other parts of Europe that we’ve visited, but we were prepared and careful planning meant we knew how to work our days to get the most out of our time and money. 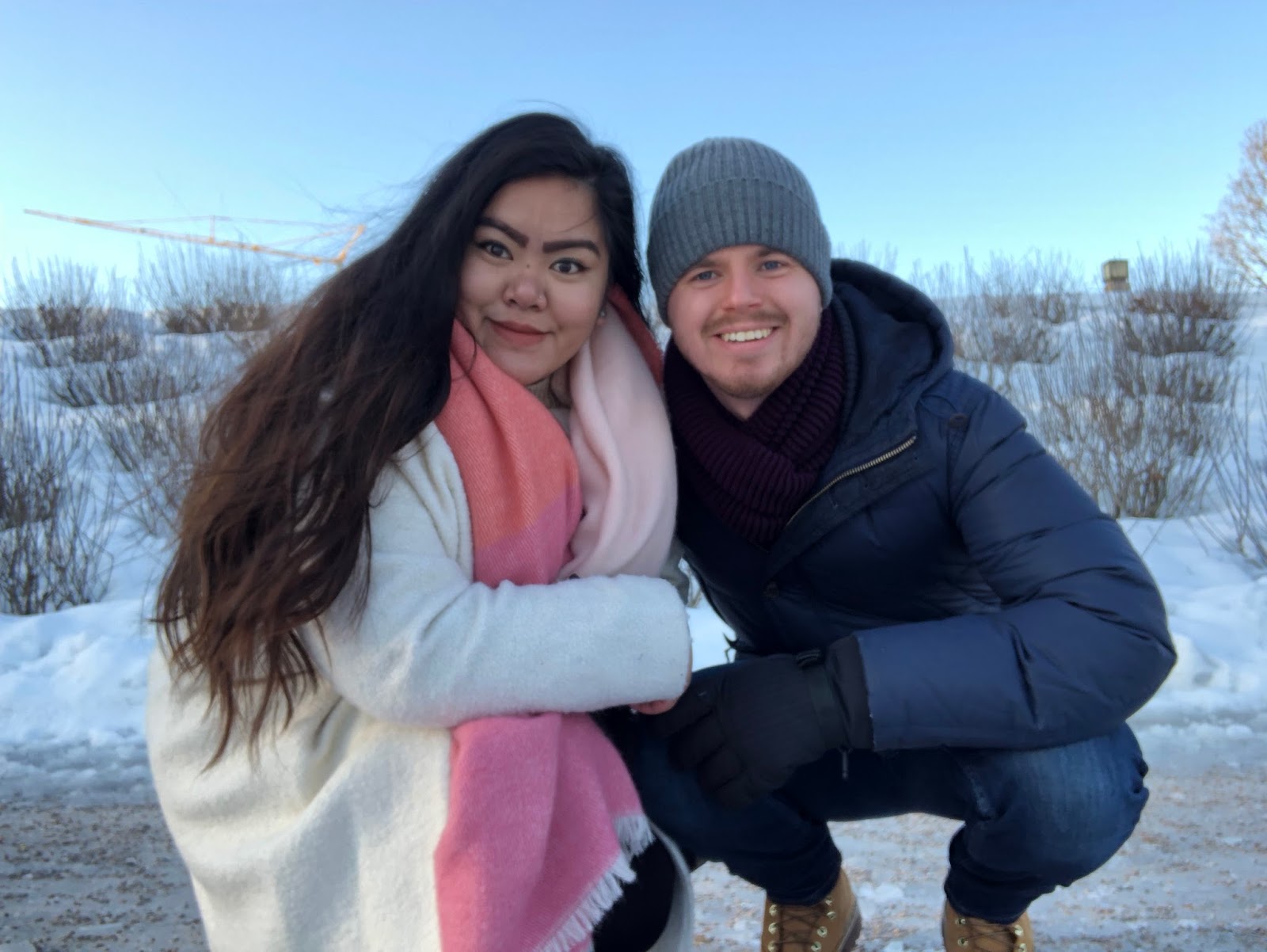 The trip will be remembered for the beautiful but scary weather, awesome coffee, and the statue of a man simultaneously kicking three children. For the record, we do not condone this kind of behaviour!

Oslo, thank you! It’s been a treat.