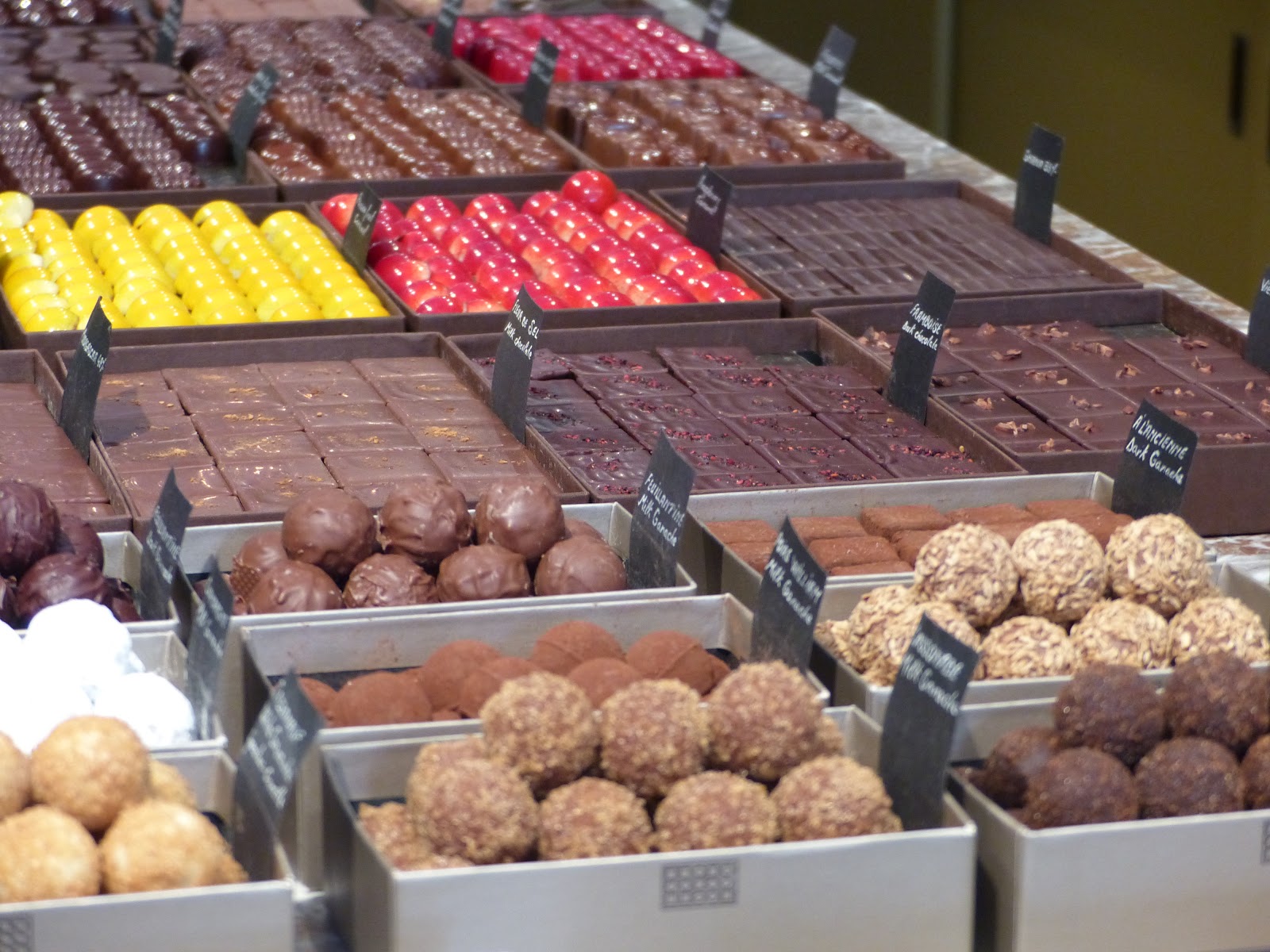 It’s our last full day of Interrailing and we couldn’t think of a better way to end than filling our stomachs with chocolate and beer. That would be the case anywhere, but with being in Belgium, it’s pretty much customary. We embarked on Brussels Journey’s Beer and Chocolate Tour, full of amazing food and drink, great laughs, all in the company of an amazing guide and fellow tour members.

We wouldn’t be going to Godiva, Neuhaus or any chocolate shops you can find across the world, but instead ones that are unique to Brussels and those that offer only the finest quality ingredients in their chocolates. The tour was split into two parts – chocolate first, then beer. 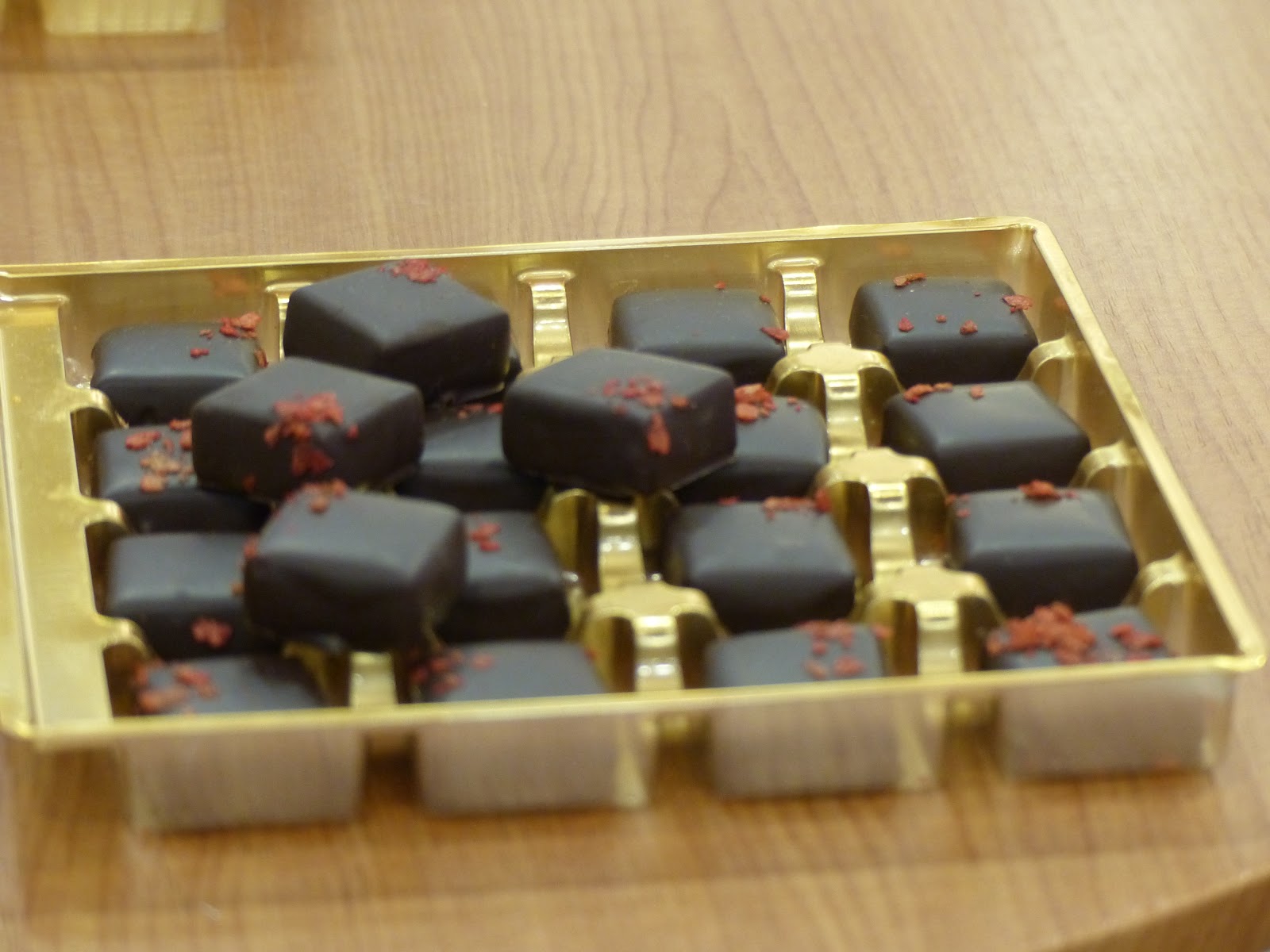 We met up at Chocopolis, a confectioner where we tried dark chocolate pralines, one plain, and one with hints of chilli and vanilla. Both were incredible but then we learnt of the three different types of chocolate shops you’ll find in Belgium – the tourist traps, confectioners, and chocolate makers. Chocopolis is a confectioner, meaning they buy their chocolate in, and remould it into how they’d like to sell it, whether it be in tiny pieces or gigantic chocolate sculptures.

From here on in, we’d be going to chocolate makers where they take the raw cocoa beans to the finished product in house and in the same building we buy the chocolate from, and on that note, we took the short walk over to Frederic Blondeel. 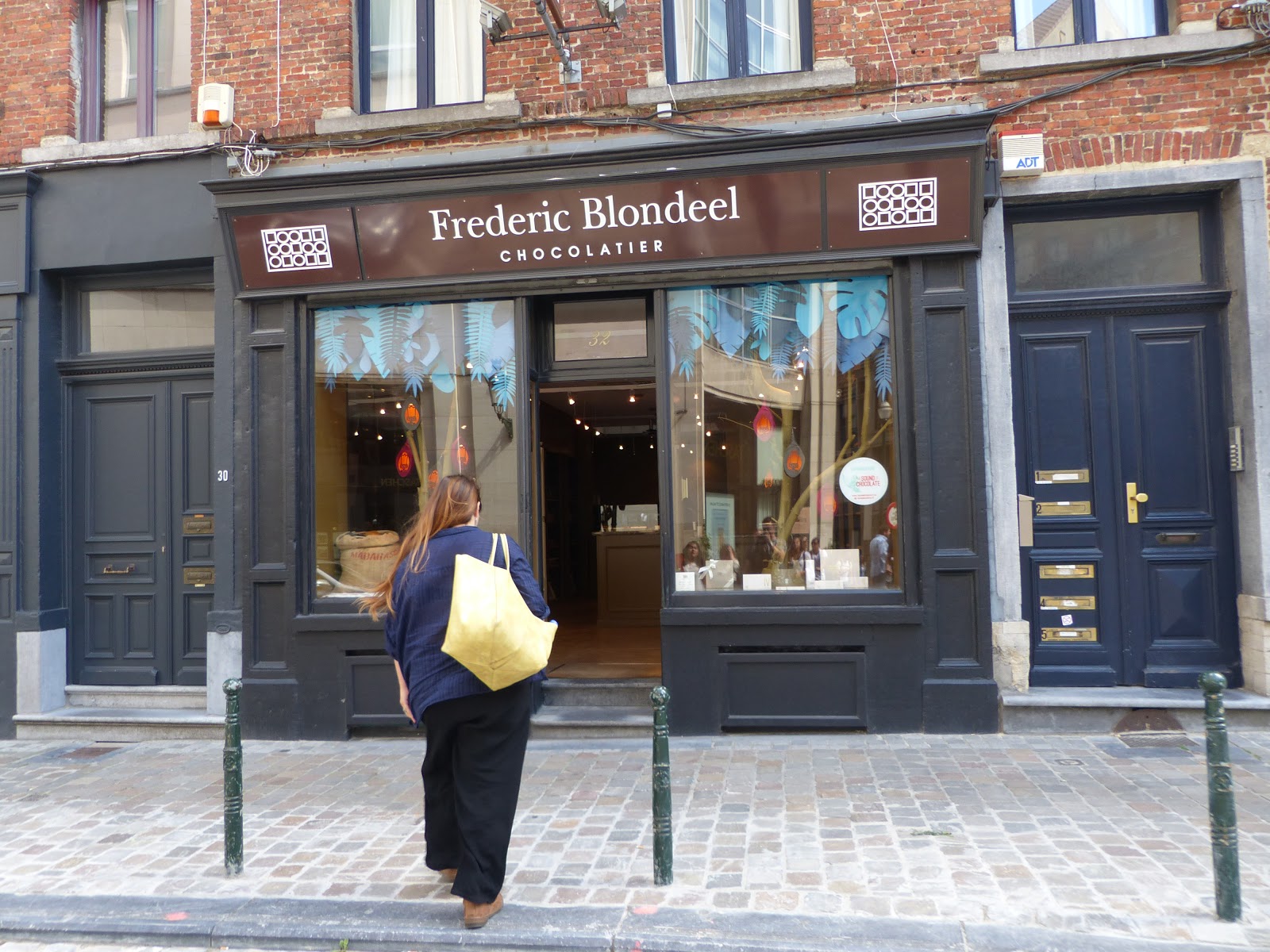 Here, their message is simple – the chocolate is made from two ingredients and these are chocolate and sugar. There are no preservatives, additives or palm oil. 80% of it is chocolate, 20% is sugar, and that’s it. Bigger brands such as Godiva, and the everyday chocolate we all eat such as Mars Bars and Snickers will all have the ingredients which lessen the quality of the chocolate we eat, and sometimes we accept this and it reflects in the price we pay for it. 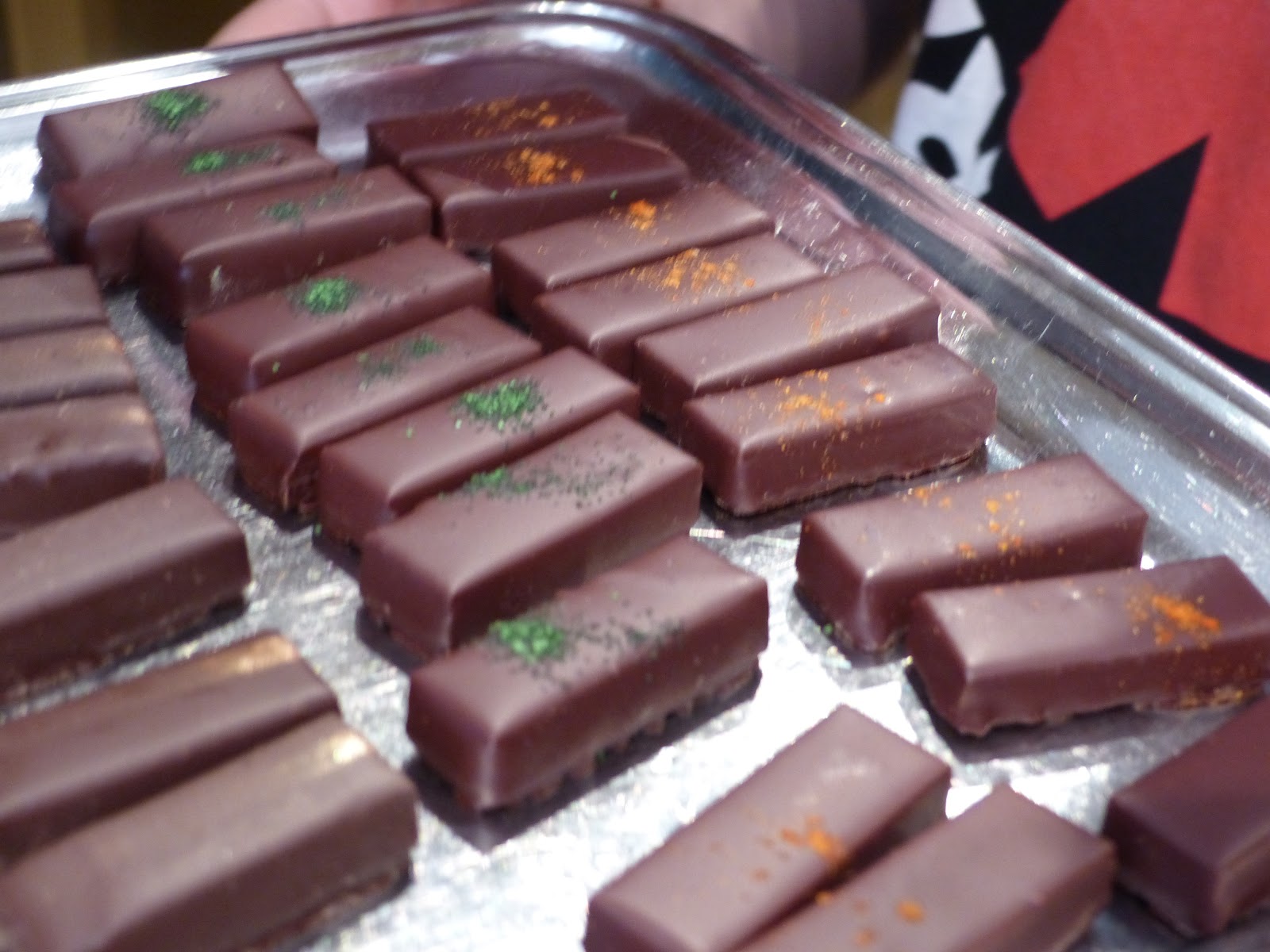 However, brands such as Neuhaus who charge premium prices yet have these ingredients in small print are rather naughty – and our guide had no problem calling them out for it directly outside of their shop!

Back to Frederic Blondeel, and we tried numerous flavoured chocolates including basil, lemongrass, passionfruit and caramel, raspberry and caramel, and 100% Ghanaian dark chocolate. The latter wasn’t to everyone taste due to the extreme bitterness, but the others were so amazing, unique and set the tone for what was to come. 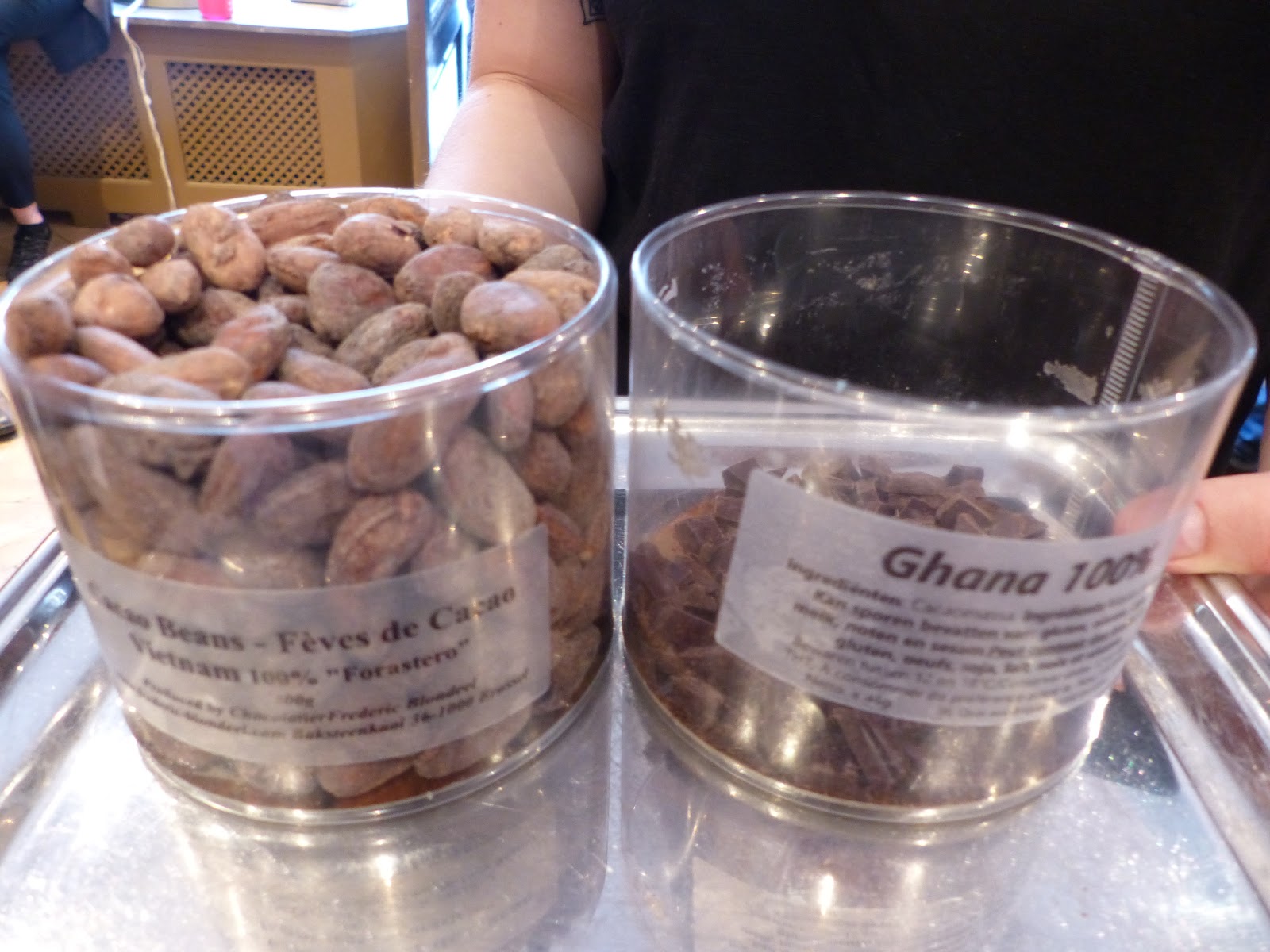 Next up was Pierre Marcolini, or the Chanel of chocolates if you like. We’d walked past this place numerous times in our few days here in Brussels, admiring the clouds of flowers adorning the outside walls, but with it looking more like a premium designer clothes store than chocolate shop, our admiration stopped there. But now we were going in, and were pretty excited! 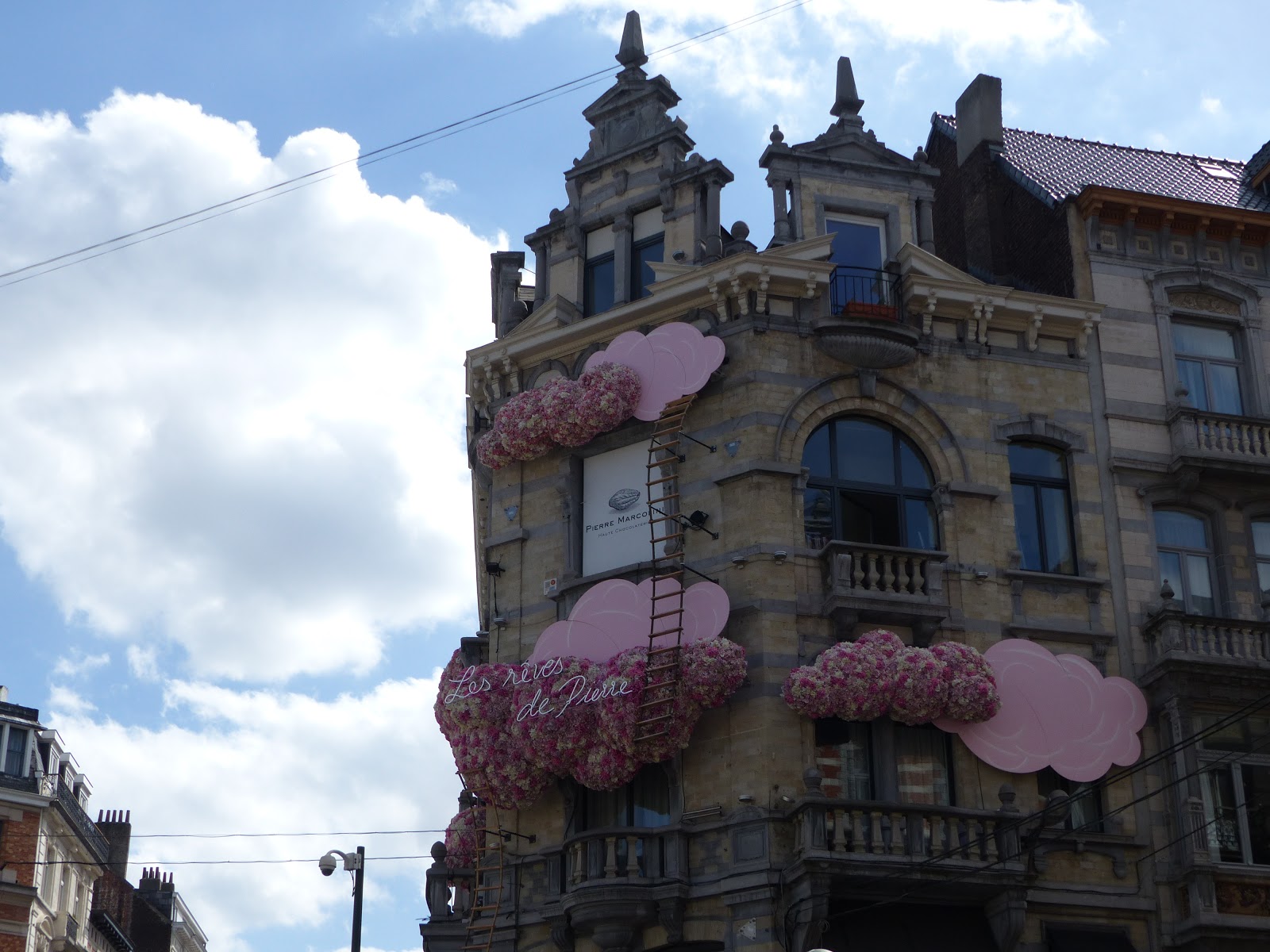 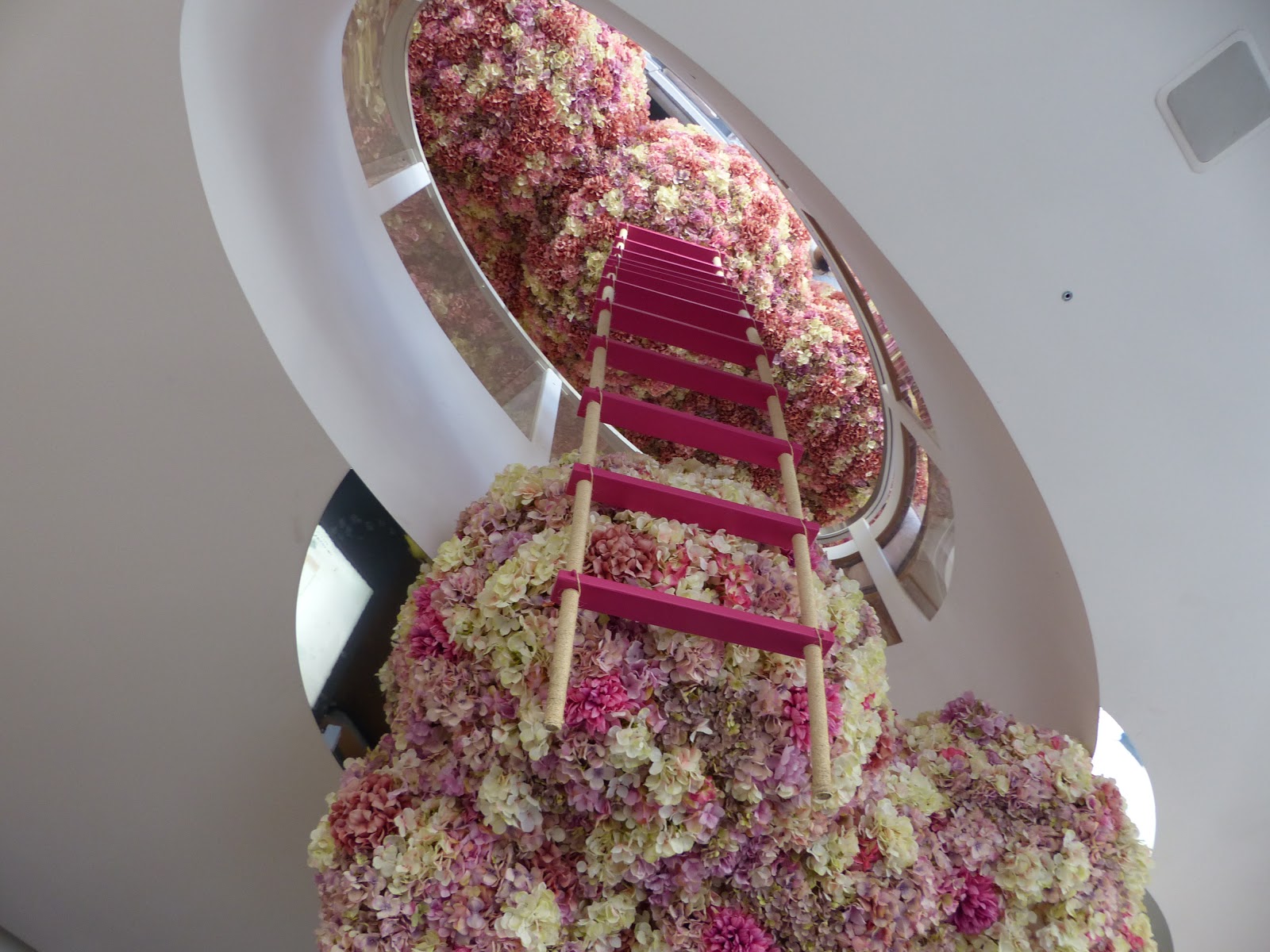 Here we tried three different chocolates – Madagascan dark chocolate, earl grey infused ganache, and crunchy hazelnut, french wafer and salted butter caramel. Just writing those ingredients is making my mouth water at the memory of how good they were! Again, earl grey tea isn’t to either of our tastes, but it’s so interesting how almost anything can be made into a chocolate.

It was more than accepted that we won’t like everything we try, and were never pushed into trying anything we knew we wouldn’t like. But of course we tried everything, and although we were proved right with most of our doubts, they were great to try anyway! 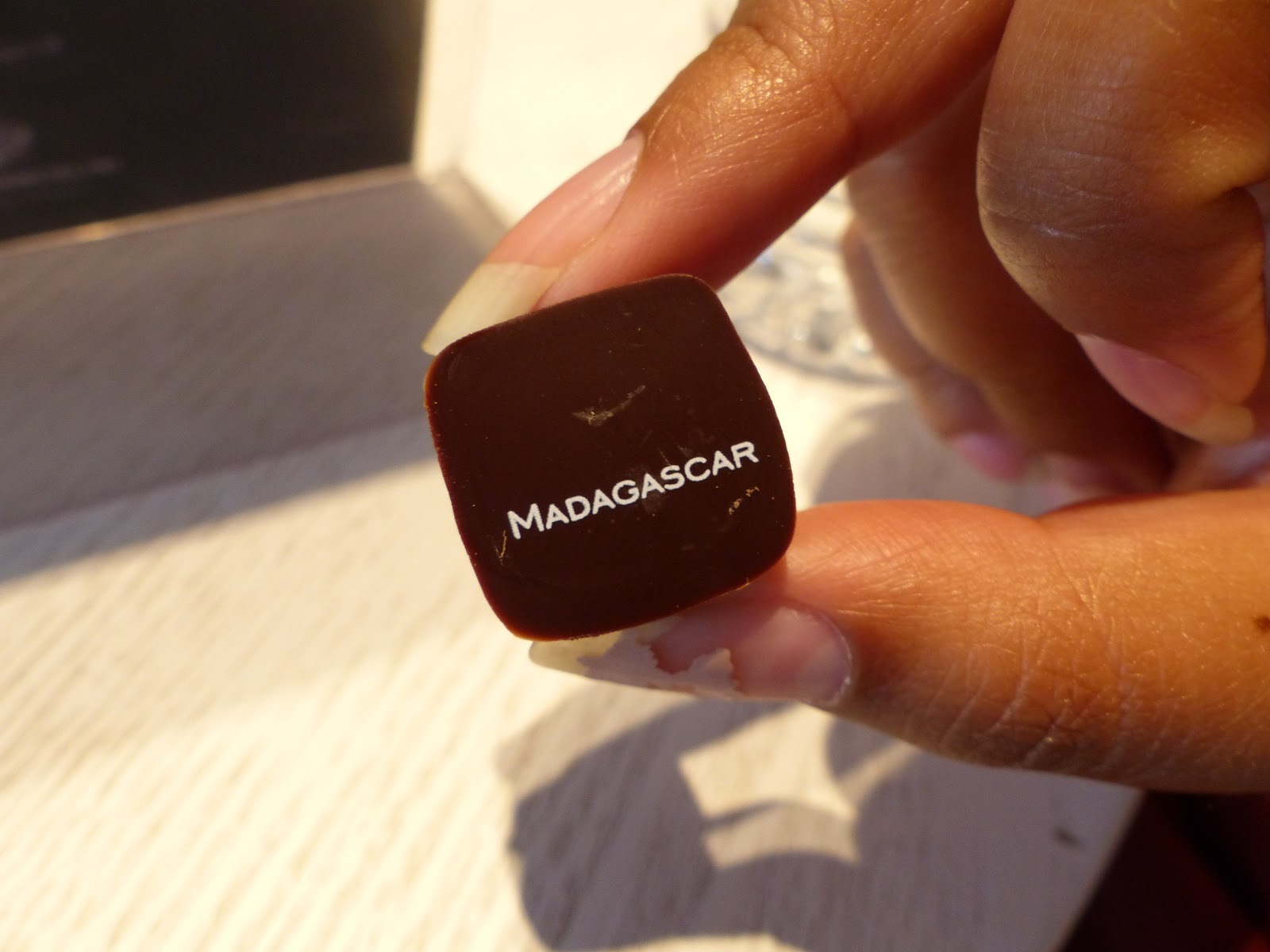 Onwards to our penultimate chocolate stop, which was Elisabeth. Here we tried truffles, one with champagne, and one with pear infused liquor.

On the way we were given a bit of a history interlude of Brussels having passed the Manneken pis, and Grand Palace. The Mannekin Pis is the symbol of Brussels, clear from every souvenir shop you pass. It’s a small fountain statue of a boy peeing, and if you don’t know the story behind it, which we didn’t until this tour, then it can be pretty bizarre. 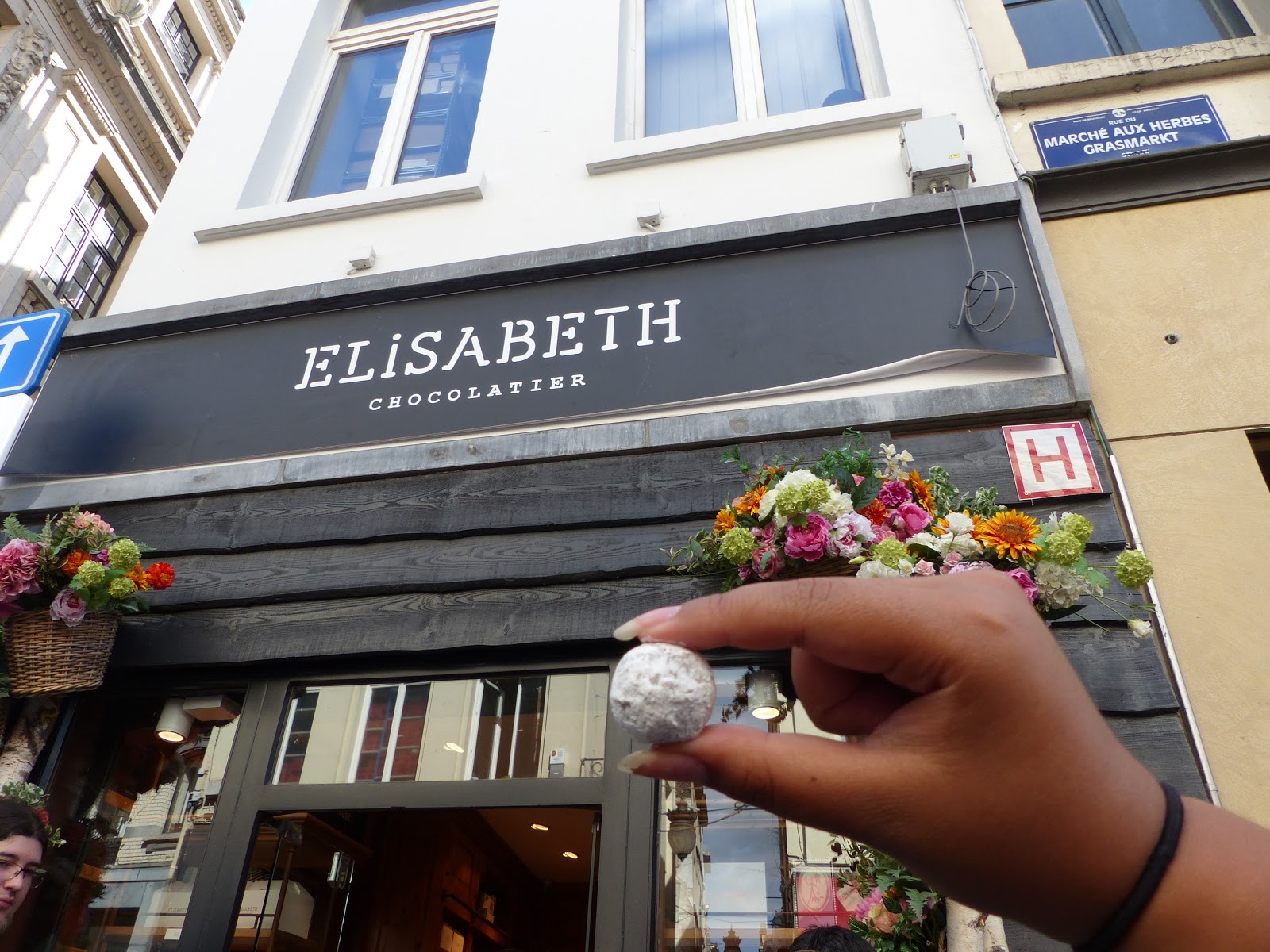 There are numerous myths and legends about how it came to be, but the most famous is that it is a statue of a boy who saved Brussels. He did this be peeing on a fire which would have taken away many lives and buildings in the city. Of course it doesn’t make sense, and neither do any of the other stories, but at least it’s food for thought.

Then it was onto Grand Palace where we learnt various facts and our guide pointed out how a few arches in the square aren’t at all centred – pretty annoying! 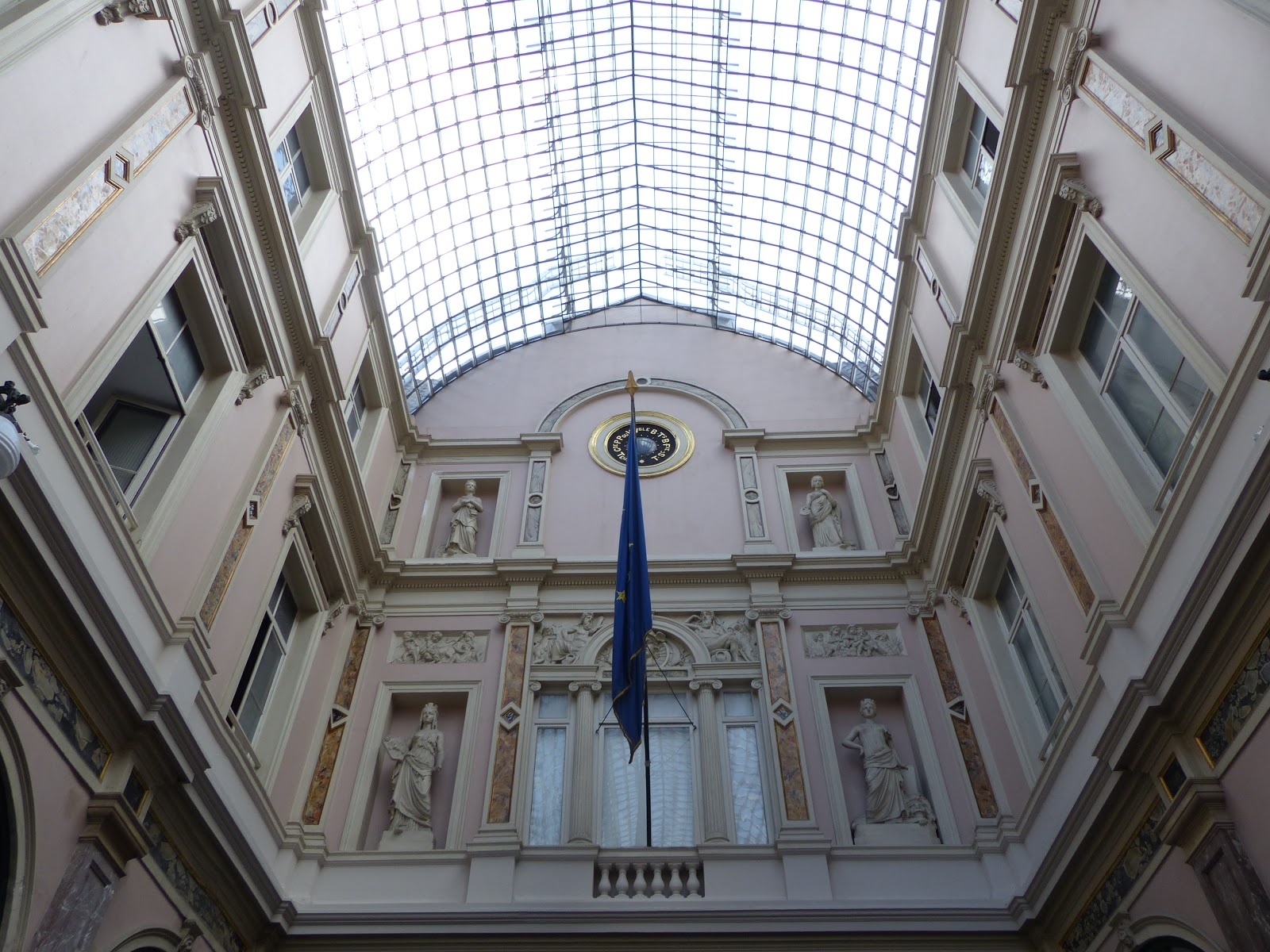 Our last chocolate stop brought us to Meert, set within the gallery quarter of Brussels – it’s very fancy in there! We were able to try two chocolates of our choice – I tried dark chocolate and coffee, and salted caramel, whilst Jessica tried a ‘posh snickers’ and passionfruit with coconut. Both were ridiculously good, but it was time to move on now, and get on with the beer part of the tour! 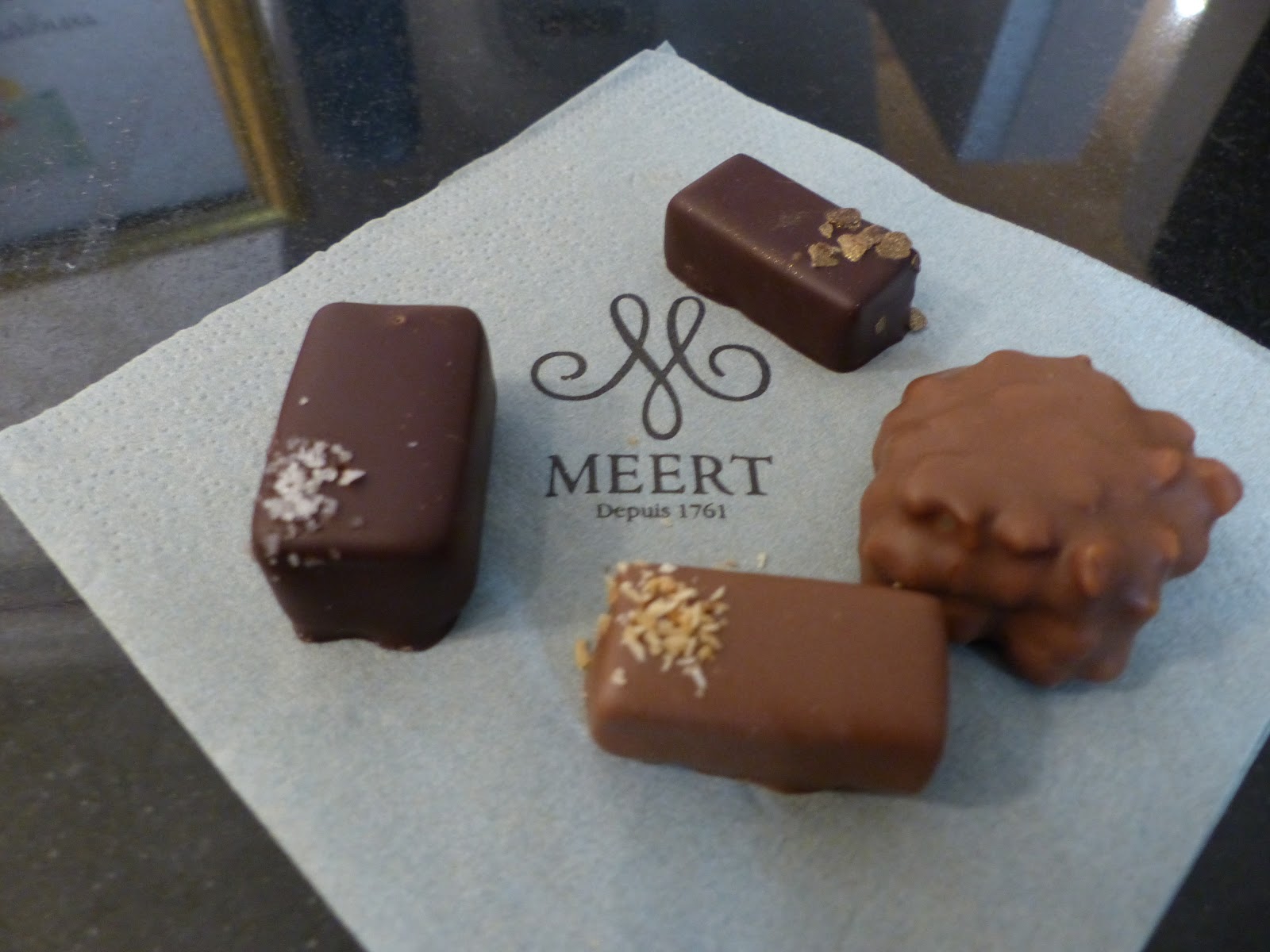 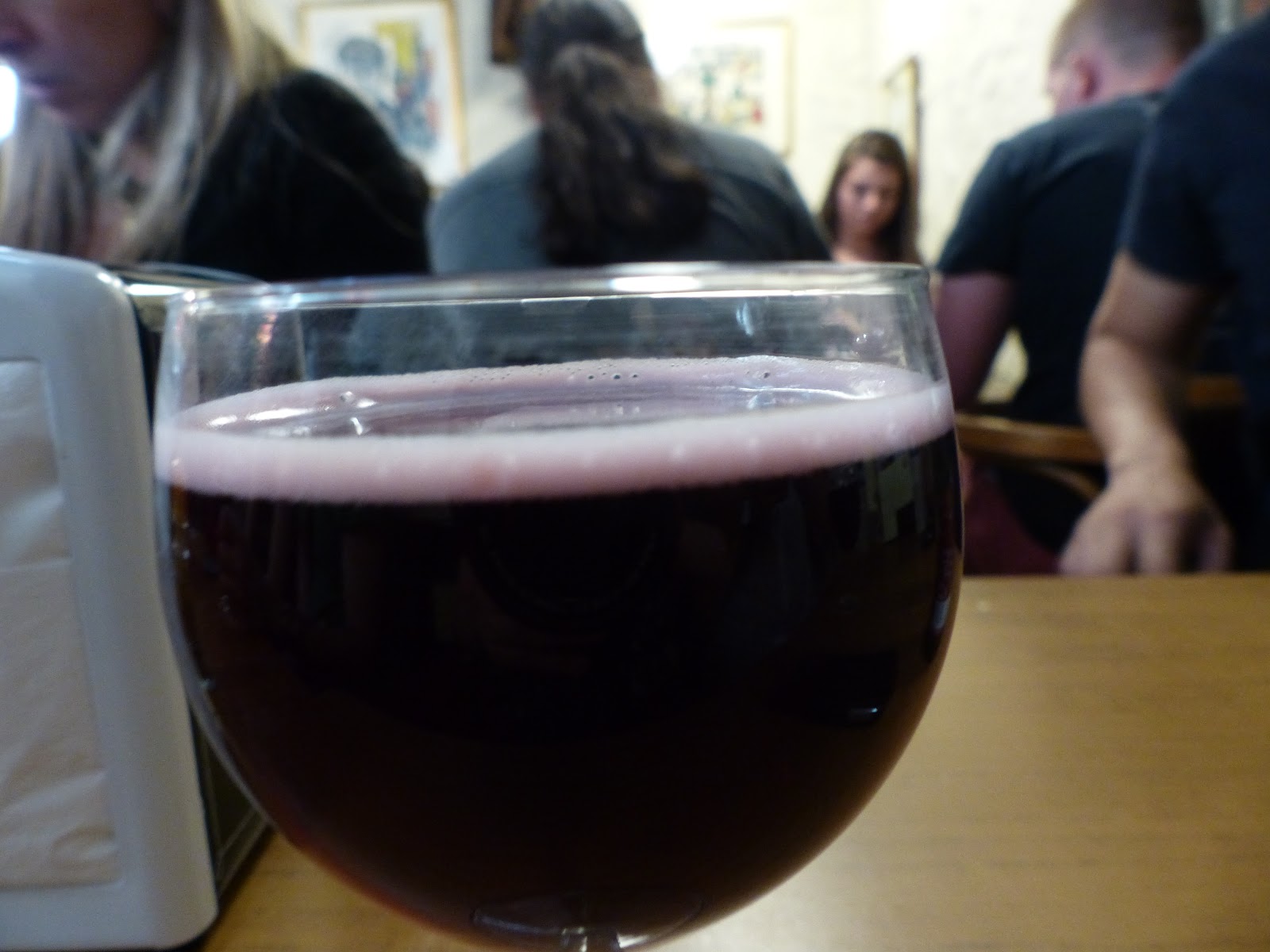 We visited three of the oldest bars in Brussels – the first one opened in 1830. It has been owned by the same family ever since and is now in the 8th generation of ownership. Not only is it a bar but a former puppeteer, and that’s very evident from the very spooky and creepy puppets on the walls inside!

With a glass of Lambic beer, it was time to have some savoury food – sausage, cheese, mustard, breads and spreads. Delicious and just what we needed having not eaten much for most of the day! The beer didn’t look like a beer at all, and was more similar to red wine actually. It had a strong taste of cherry, but from now on, the beers would be more what we’re used to, except they were all so strong! 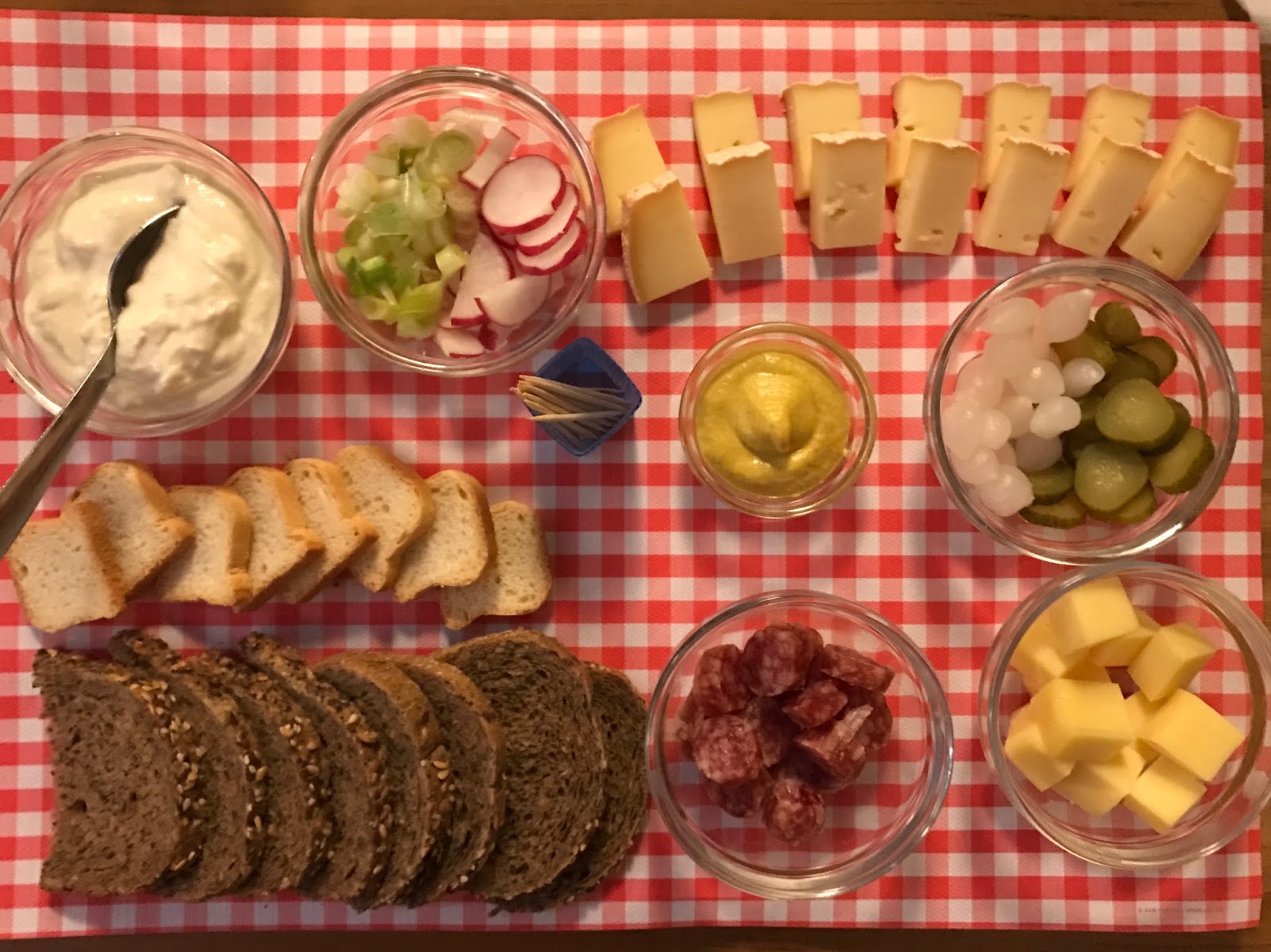 Going from doubles, to triples, to quadruples, the percentages ranged from 9% to 13% – absolute madness! As you can imagine, it’s here where the conversation flowed as much as the alcohol, and my notes on what we were drinking got more and more brief! With most of the other people on the tour being from America, we chatted about lifestyles and travelling so much that the tour over ran by over an hour and ended up being 5 and a half hours long without looking at our watches! It flew by! 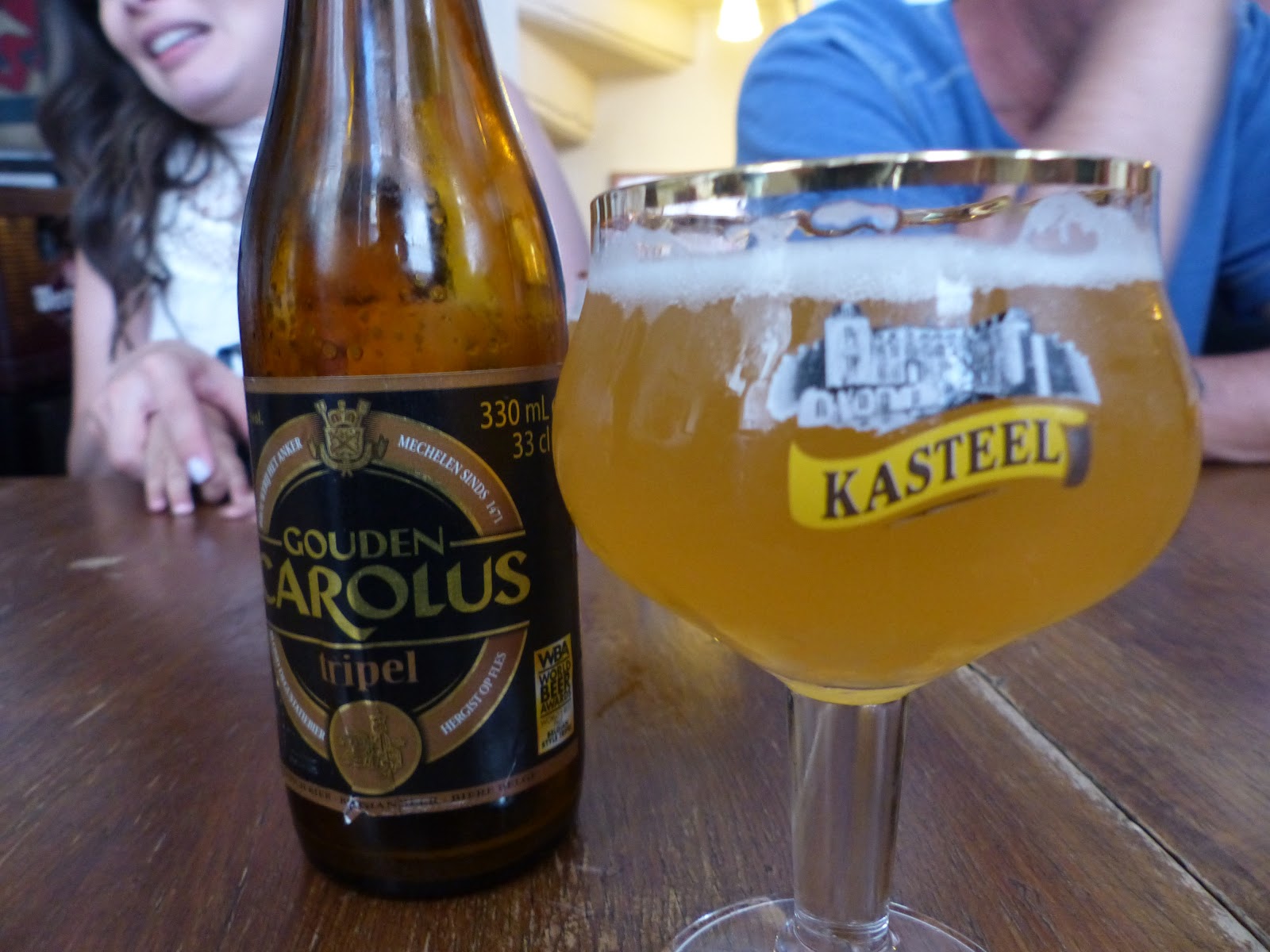 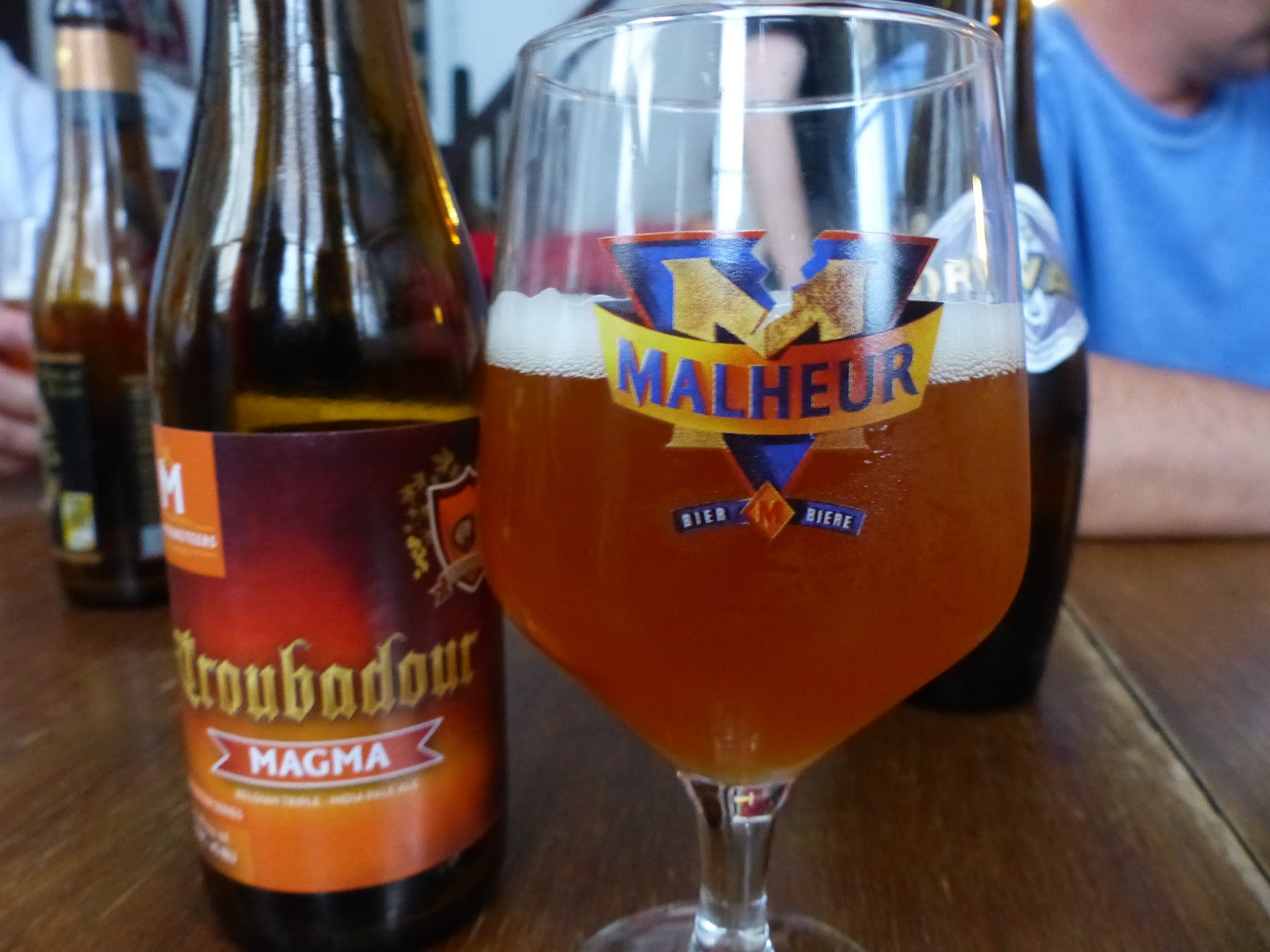 We ended in the very oldest pub in Brussels (it opened in 1695) and it is here where we had the strongest of the beers. It’s a former brown bar, which gets its name from the colour of the walls. However this is not the colour that the walls were painted, but instead what they were turned into after decades and decades of nicotine turning it this colour after originally them being white. Move one of the frames on the walls, and you can see that this is the absolute truth! It’s disgusting but intriguing, but now with smoking being banned indoors, we could enjoy our drinks imagining how it once was.

We had an amazing time on the tour and it was such a great way to end our time in Brussels and Europe! A massive thank you to Marie and her team at Brussels Journey for having us! 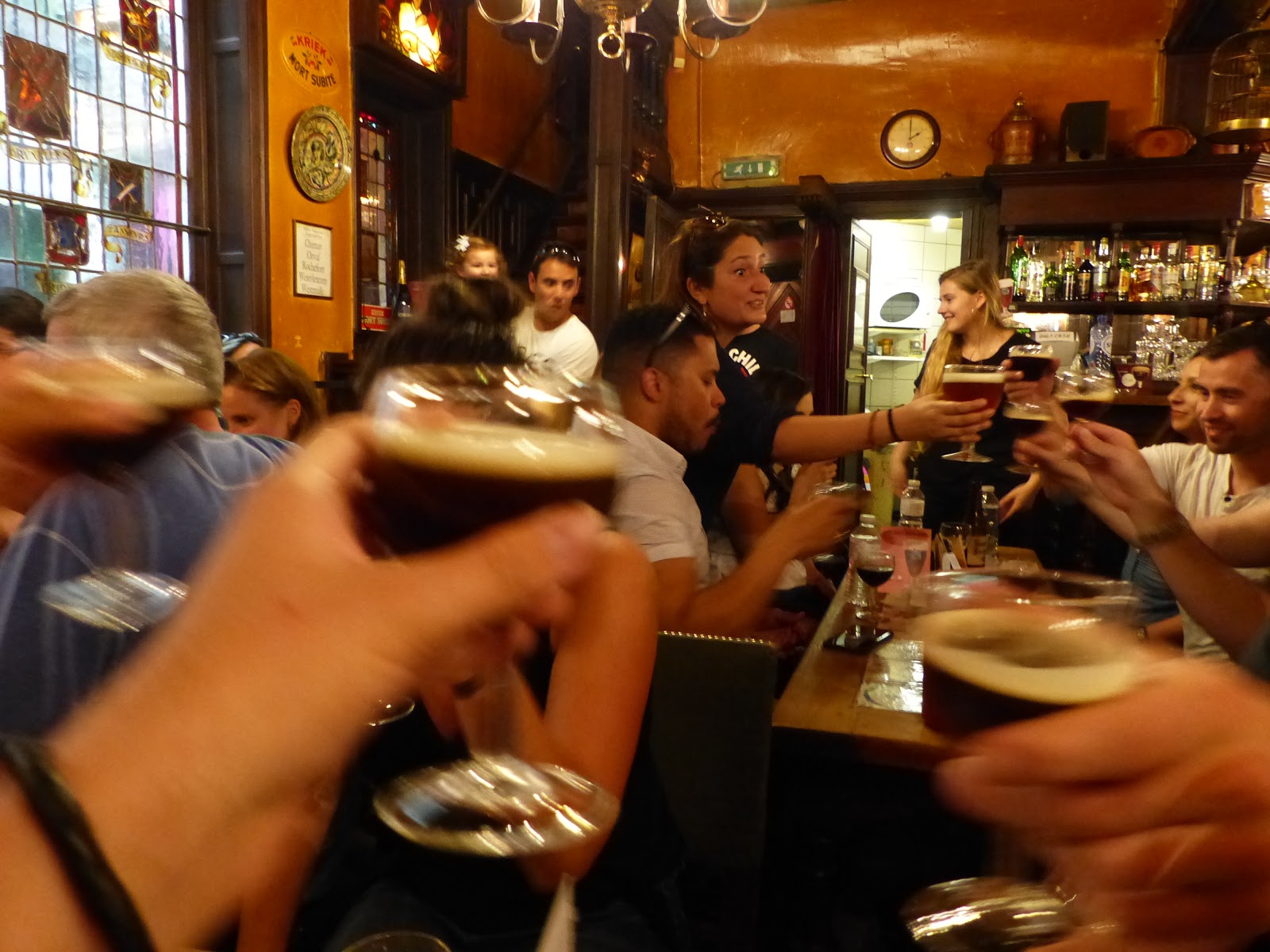 Disclaimer: we were invited along to this tour in exchange for a mention in this blog post and coverage on social media. However as always, all pictures and views are our own. 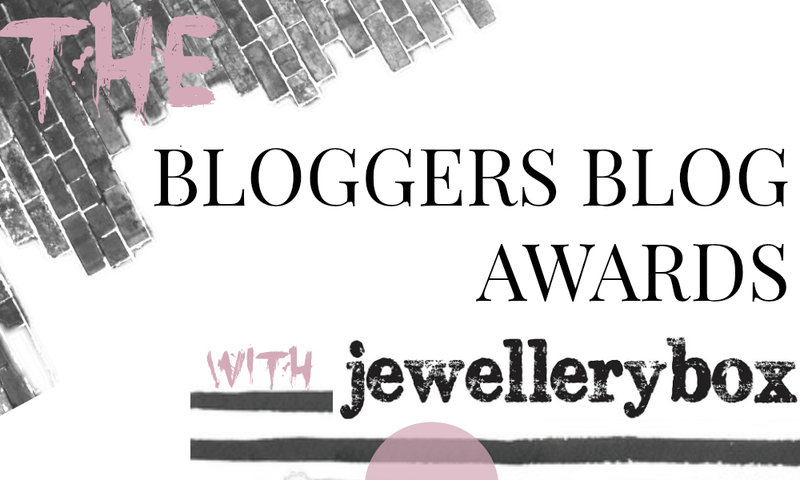 We have been shortlisted for the BEST FOOD BLOG for the second time in the #BloggersBlogAwards 2017, if you love what we do and truly believe we are worth your vote, please vote for us here – voting ends Sunday 10th September 2017.

Thank you to everyone who had nominated us, we are truly grateful, we hope you continue to join our in our adventures.