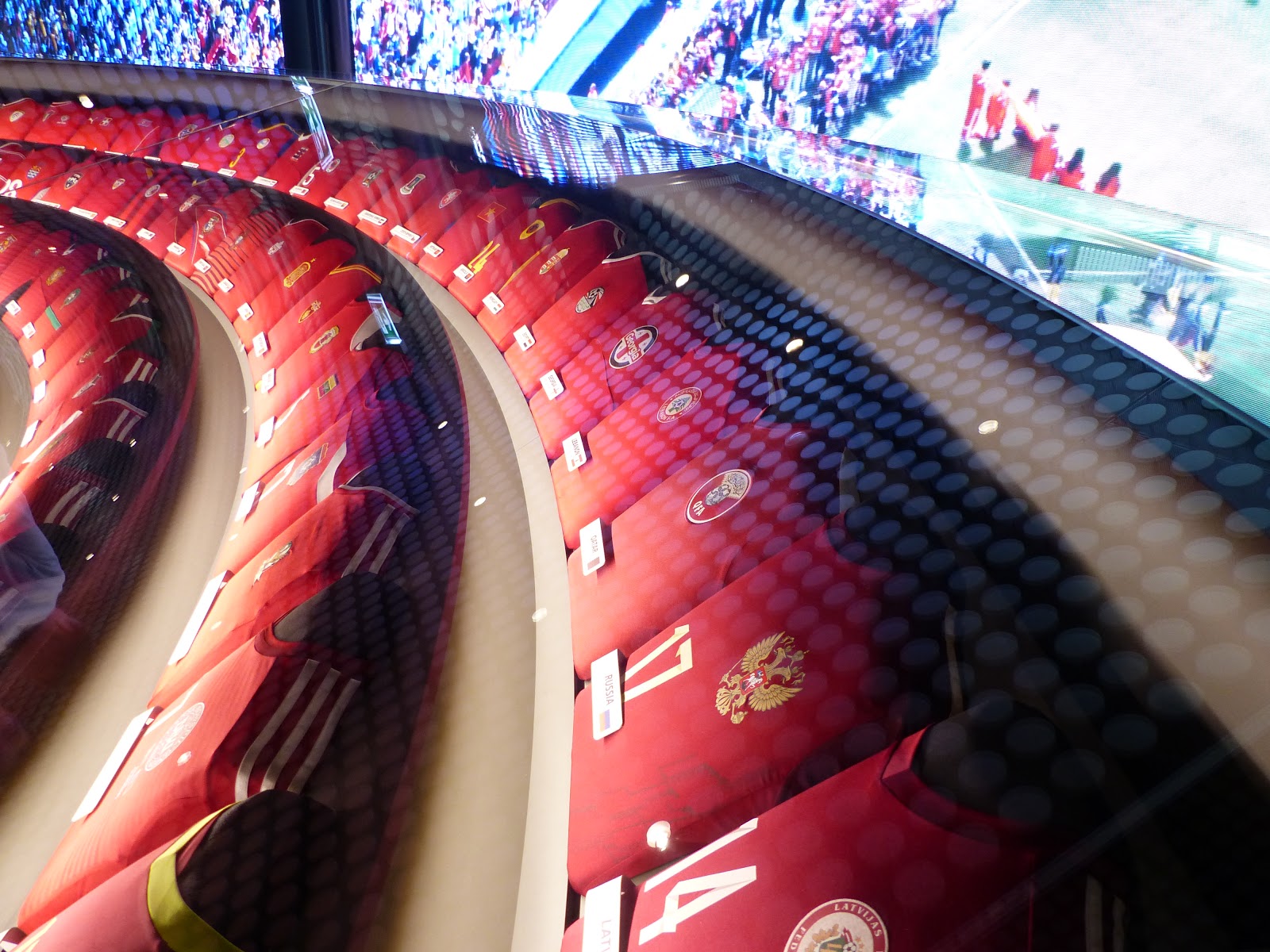 With our first full day of Zurich explorations ahead, we made our first stop at the FIFA World Football Museum. FIFA is headquartered here in Zurich and is home to this fantastic museum providing a full history of the beautiful game and plenty of interactivity. With having the Zurich Card* during our stay in the city, we were able to get 20% off entry, and with the prices being a little steep, it saved us a little! 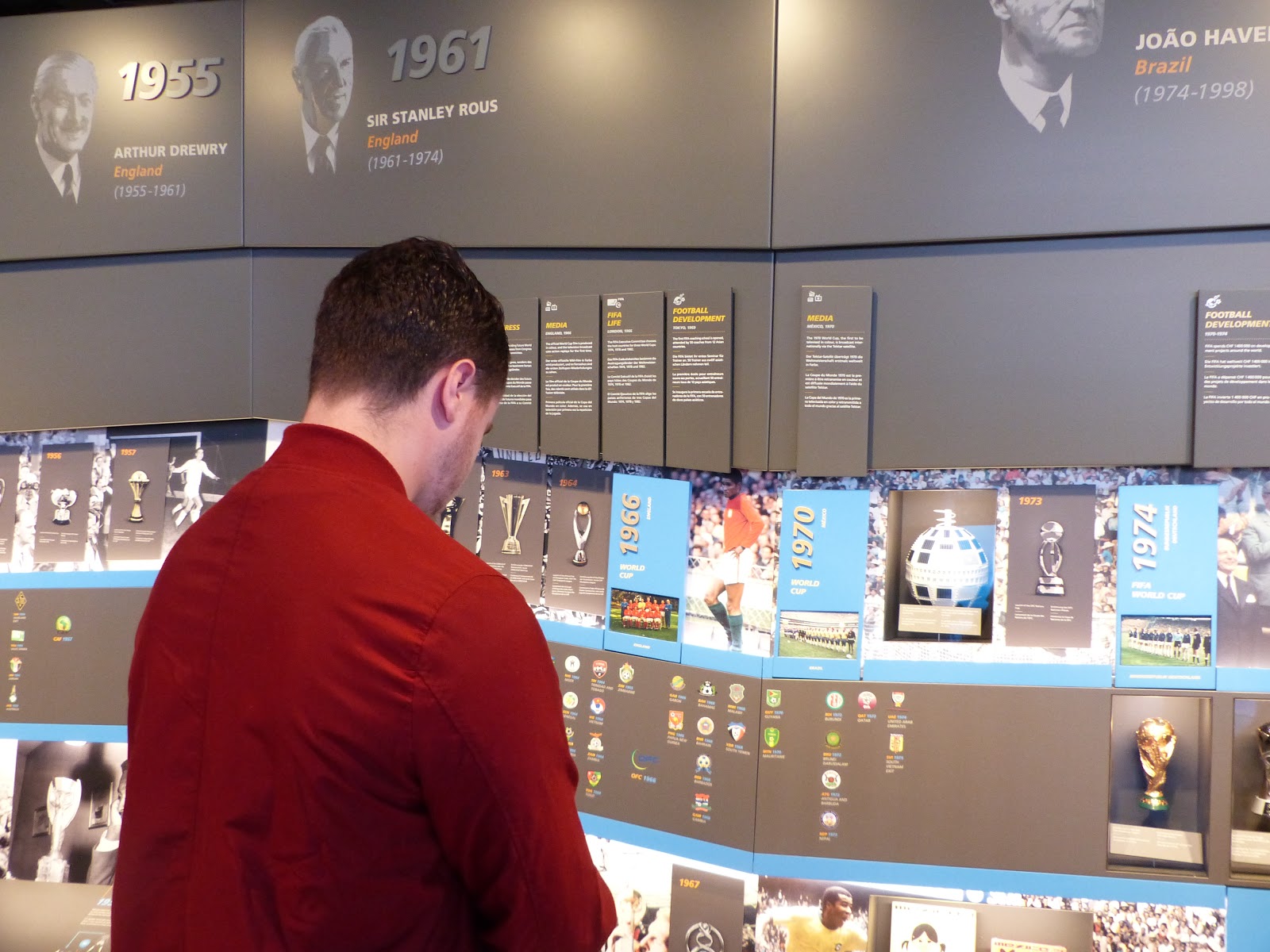 Split on to four floors, the first one has a fascinating display of all 209 of FIFA’s competing nations shirts. It also gives an introduction to football’s history with a timeline of the evolution of the rules, the rising popularity of football, and how it became a worldwide loved sport. 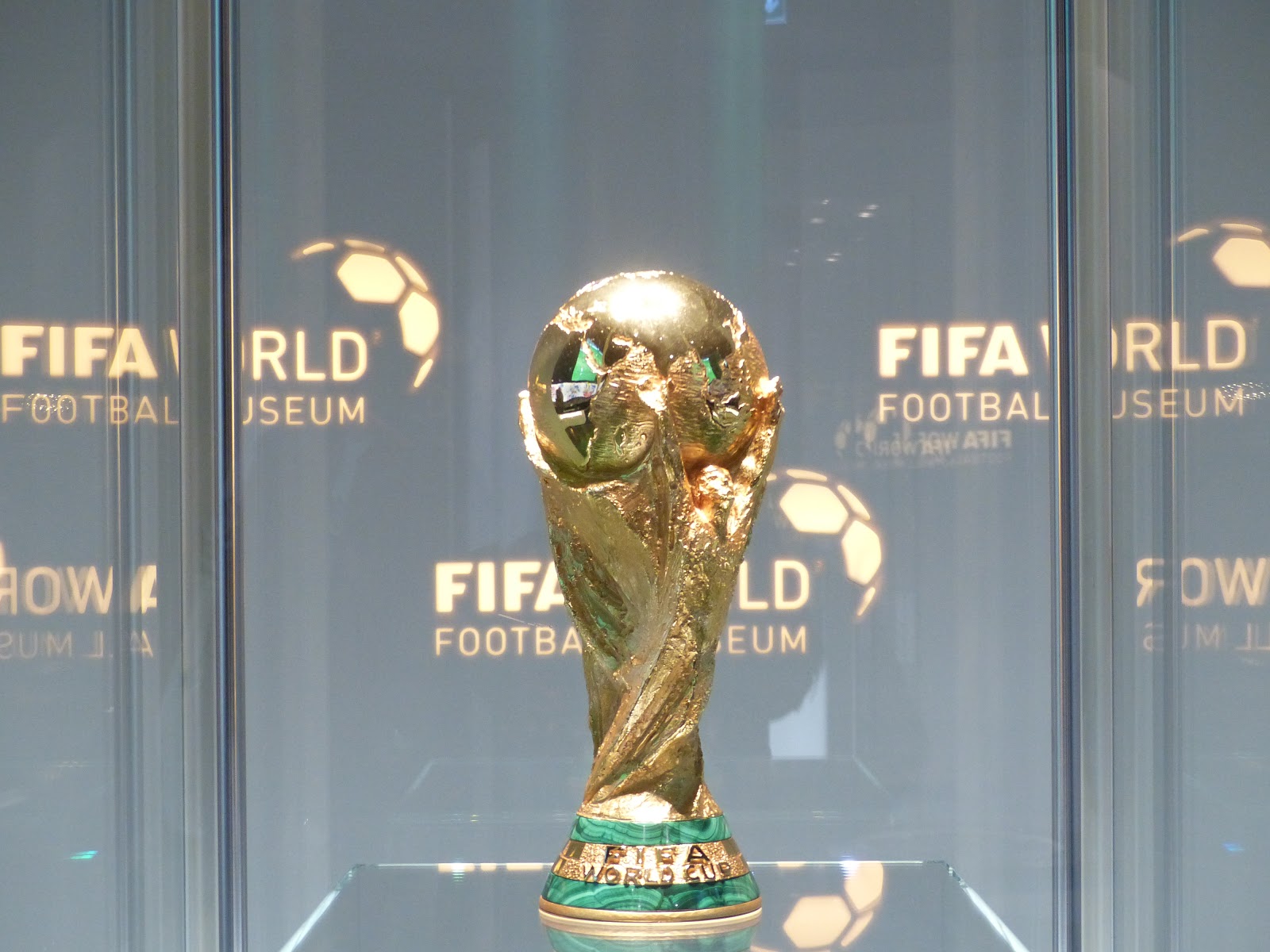 You enter the World Cup gallery on the next floor, which has a complete history of the winners, memorable moments and classic matches since the founding of the greatest international trophy. It is here where the World Cup itself stands. With interactive screens which displays everything from the best matches to best goal celebrations and dance moves, it was just as fun as educational. 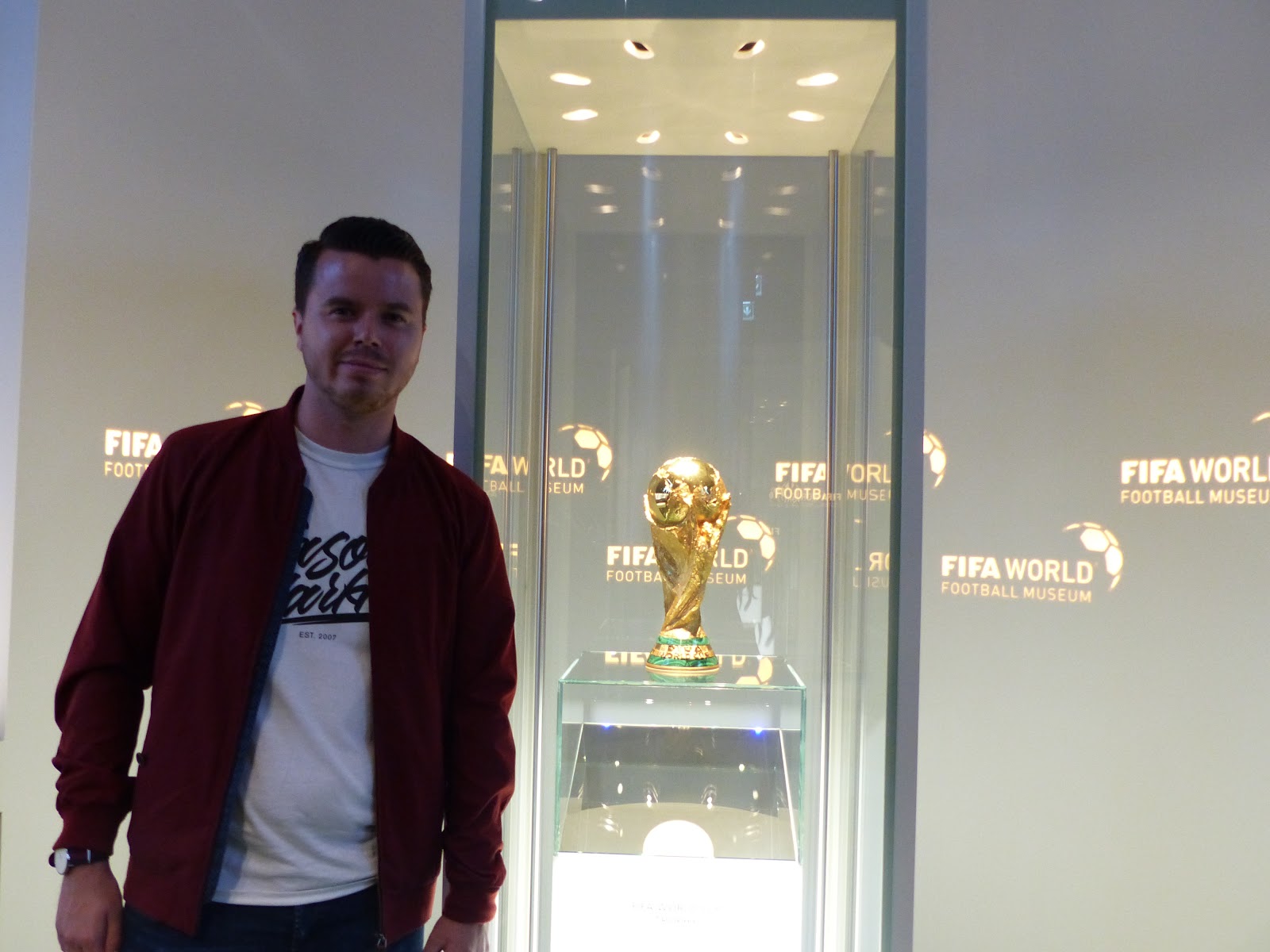 The final floor before being brought up to the cafe, bar and shop is the fields of play section. This floor shows the impact the game has had on society, with amazing stories from ex and current players and managers, and the development of grass roots football. It all leads up to the games zone where you are able to play Football Pinball amongst others! Unfortunately we didn’t have time to do this, but it looked like so much fun for everyone! 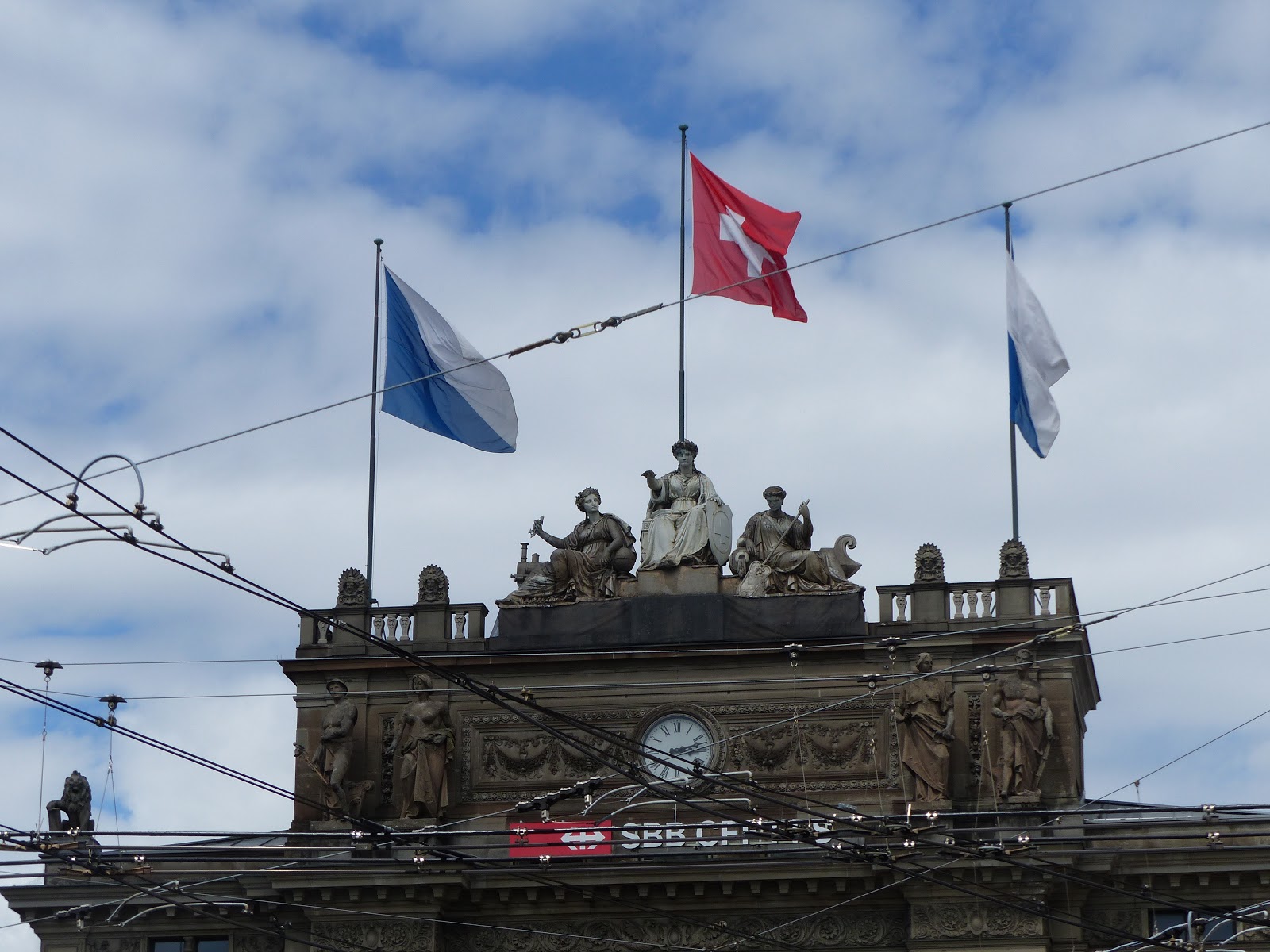 After a couple of hours in the FIFA museum, it was onwards to a walking tour of Zurich’s old town. The previous day was pretty much a wash out with the rain, so it was actually our first time properly seeing the city. Again, it was booked with the Zurich Card which this time got us 50% off the price of the tour. The route began at Zurich Hauptbonhof, the main train station here.

The group was split off into those wanting the tour in English and German, and we were introduced to the tour and city by Nicole, our amazing guide. Before stepping out of the station we learnt a few interesting facts – Zurich is often considered to be the best city in the entire world for quality of life, it is very small with a population of just 415,000, and is the centre of banking and academics. This is one of the main reasons why it is also one of the most expensive cities in the world. We have certainly learnt that for ourselves in just a short time! 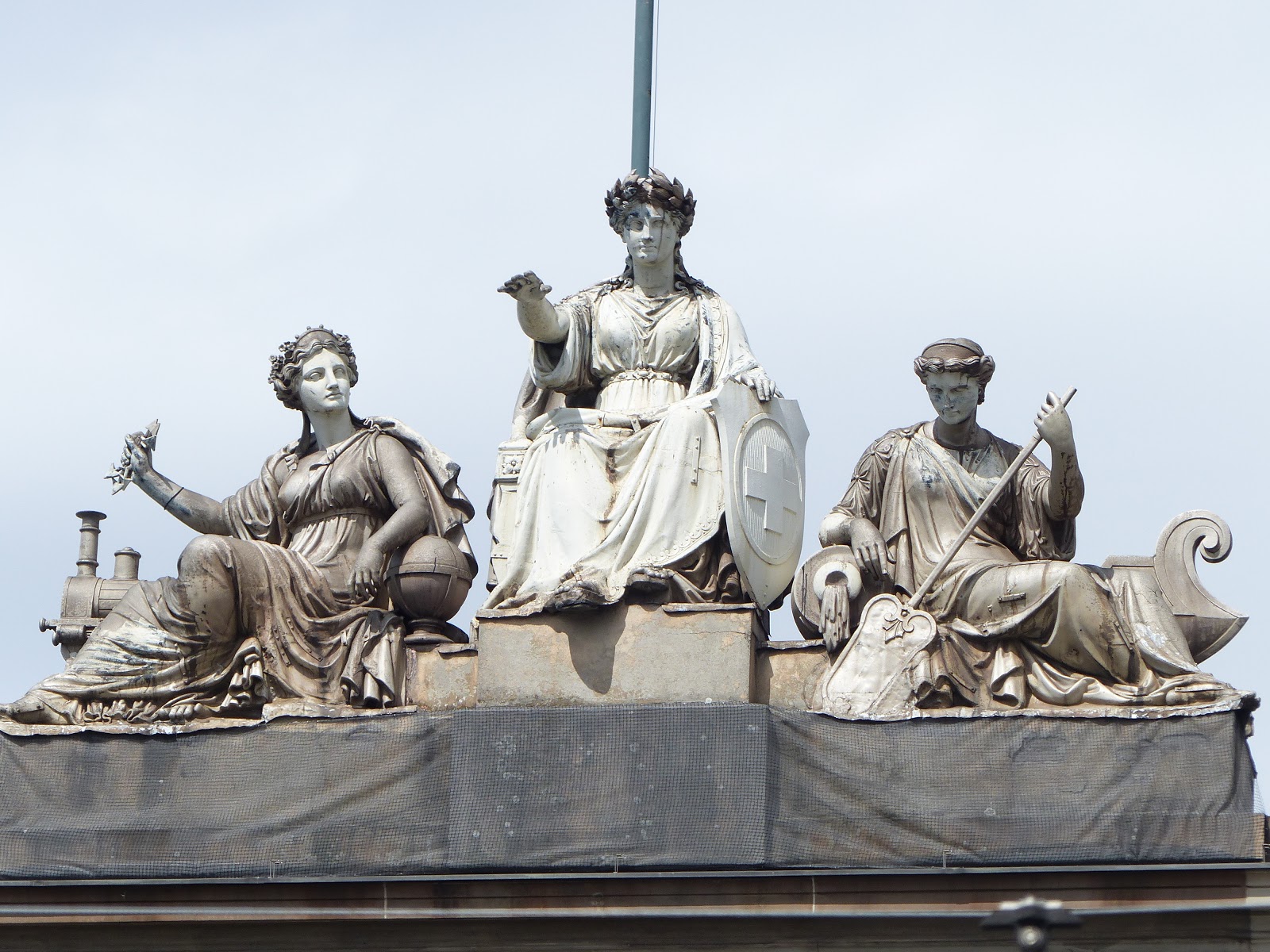 The tour then took us down Bahnhofstrasse, the main shopping district in Zurich. We started off at the more affordable end where it homes stores such as H&M and The Body Shop, but it becomes progressively more upmarket until all you see are premium designer stores such as Prada and Versace. We did however veer off this street towards the river and into the police headquarters.

You might think that this is quite a strange place to make a stop, but inside is the most beautiful entrance hall you could imagine. It looked more like a cathedral but in fact used to be an orphanage. It was only in 1940 that the police moved in, and it’s decorated the way it is so visitors aren’t given the impression of doom and gloom, despite being what it is. Unfortunately we weren’t allowed to photograph it. 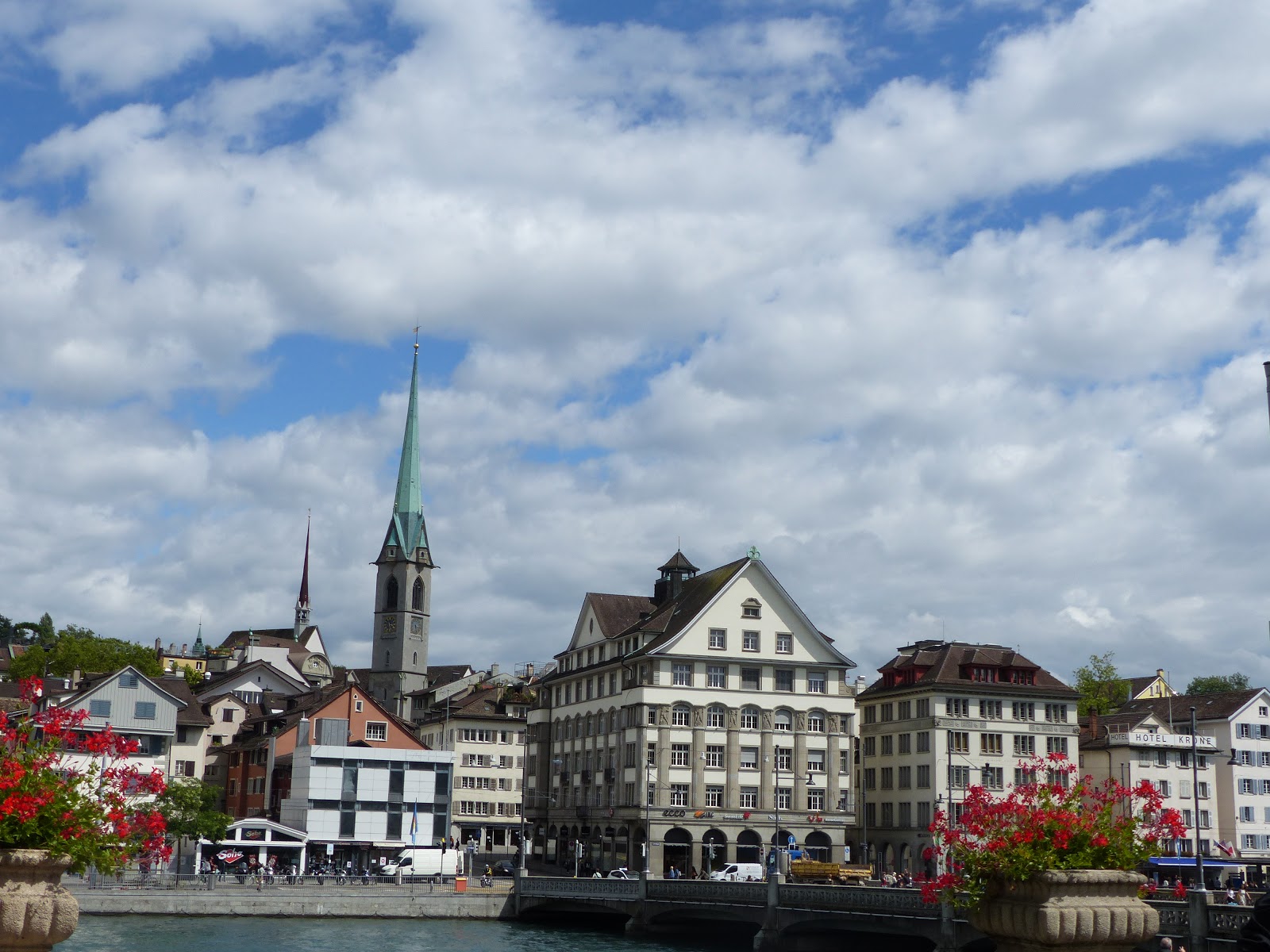 We then strolled along a street running alongside the river that is owned by the city of Zurich. This is one of the cheapest parts of the city, but in my mind one of the most beautiful. It is kept and owned by the city to allow smaller businesses to continue to afford to operate, and is where more local products are sold. Those who are lucky enough to live there tend to never give it up – a typical rent here is 1500sfr per month, compared to an average of 4000sfr overall in Zurich. 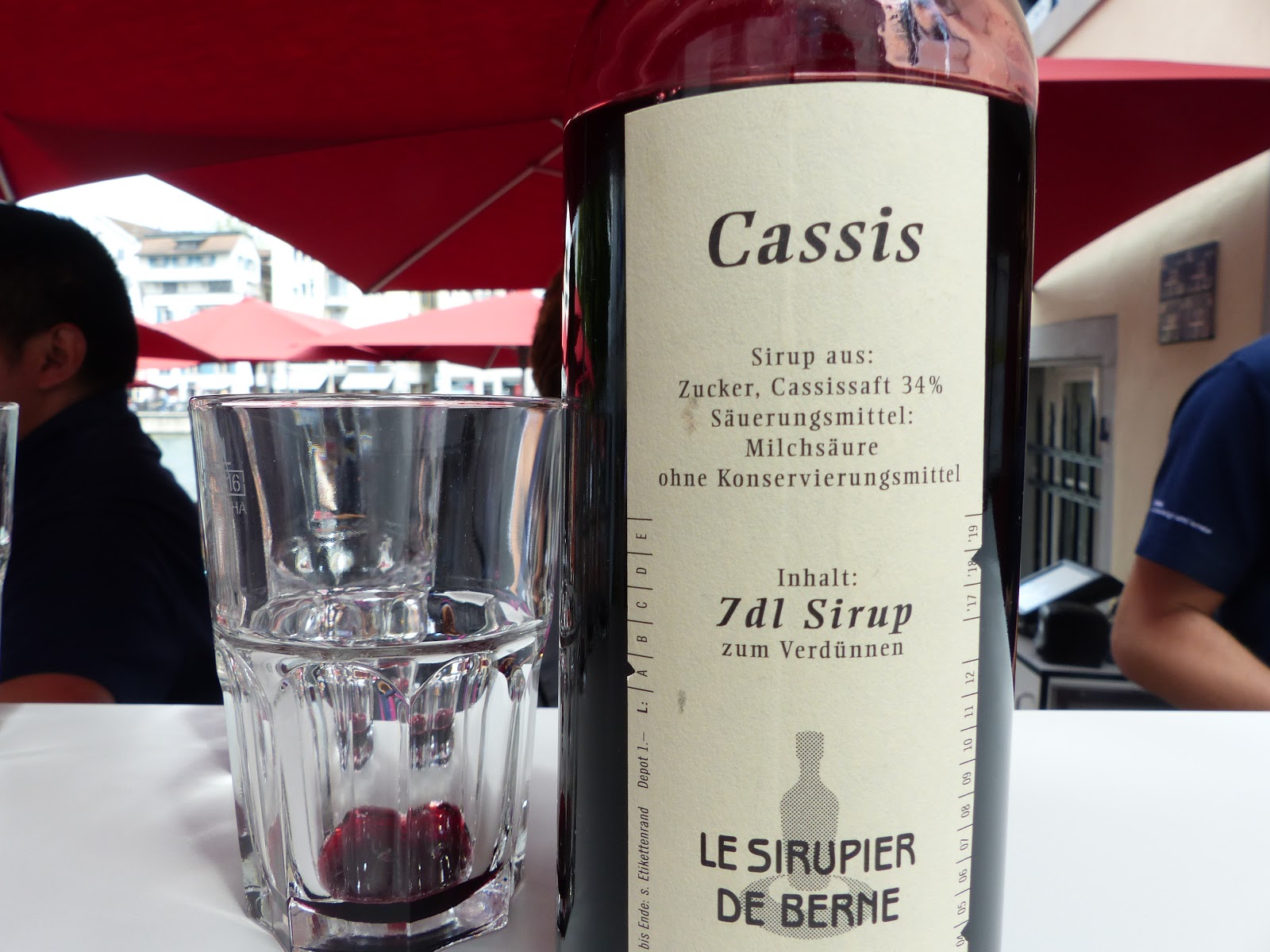 We stopped off for a quick beverage here too. It is mixed herbs with a high sugar dose, which when developed turns into a syrup like consistency. Just a small amount of this is needed to mix with a full glass of water and the result is similar to Ribena. It gave us the energy we needed to climb up a few very steep hills to have this wonderful view of the Old Town. 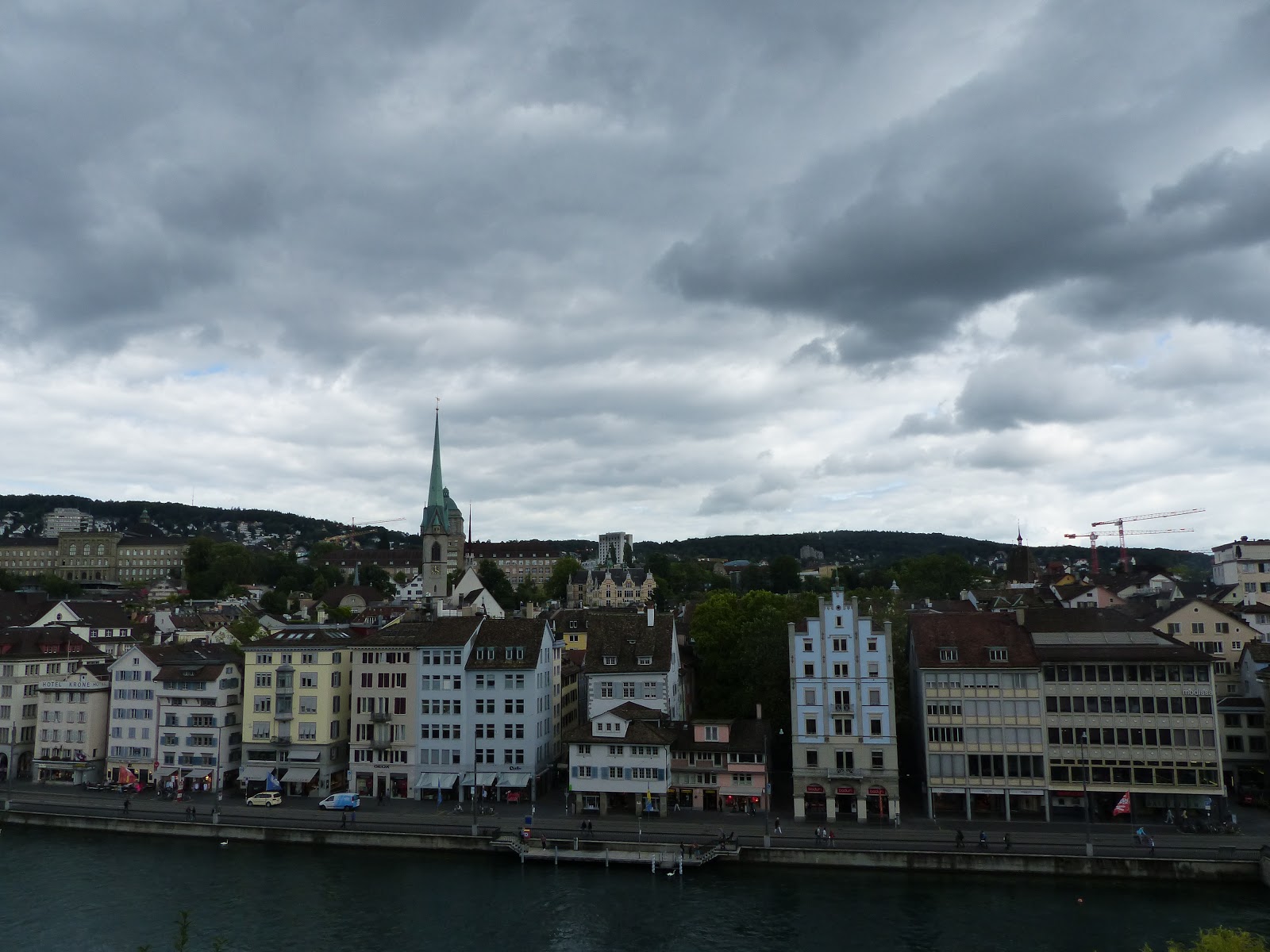 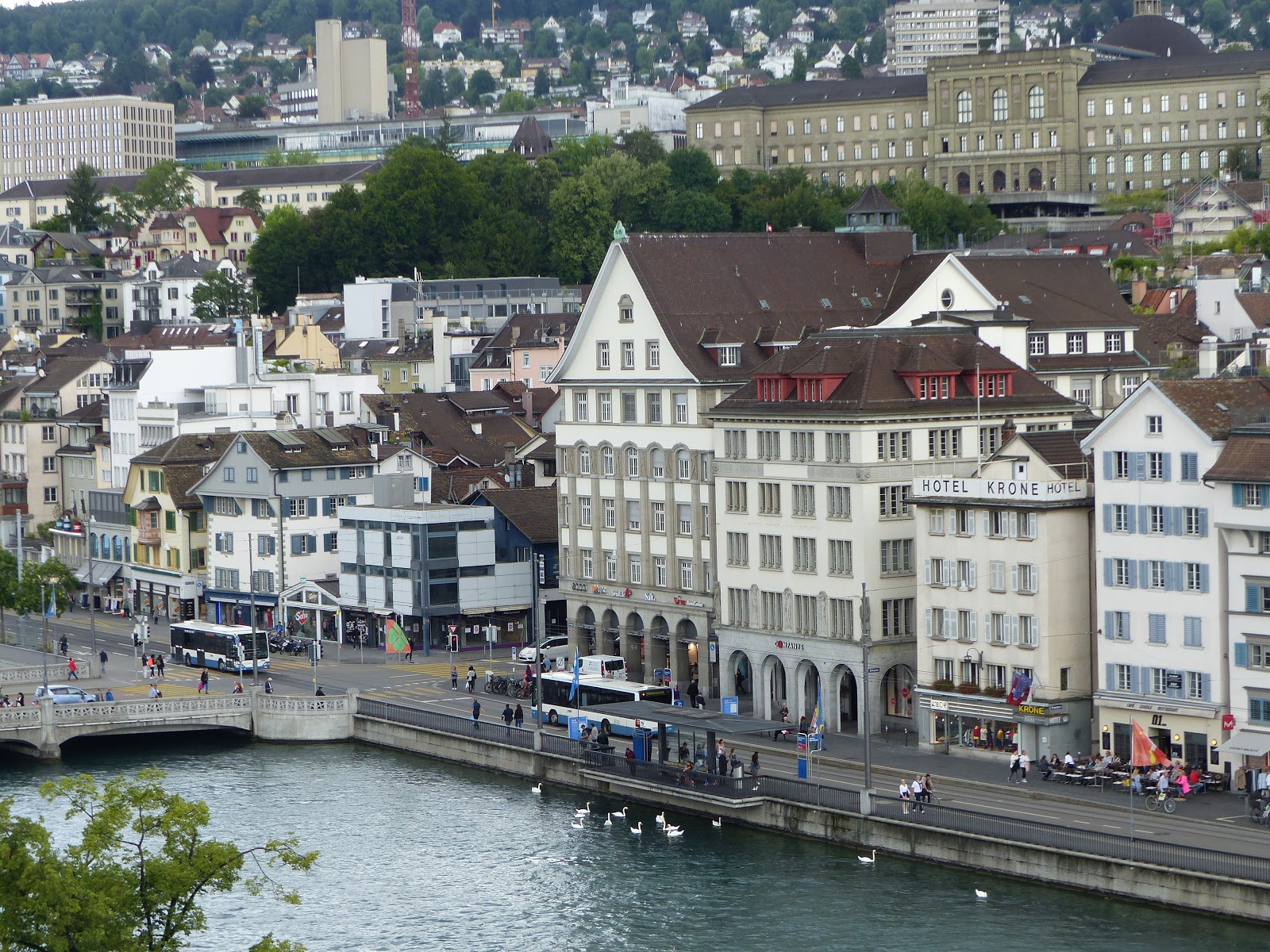 Moving on to St Peter’s Church and perhaps the most interesting fact about it is that it has the largest clock face in Europe. With things in Switzerland tending to be quite short, small and dainty, this is something they are very proud of! They are also very proud of their time keeping and efficiency, so quite ironic that on one side the clock was showing the wrong time! Apparently that will easily make news headlines. 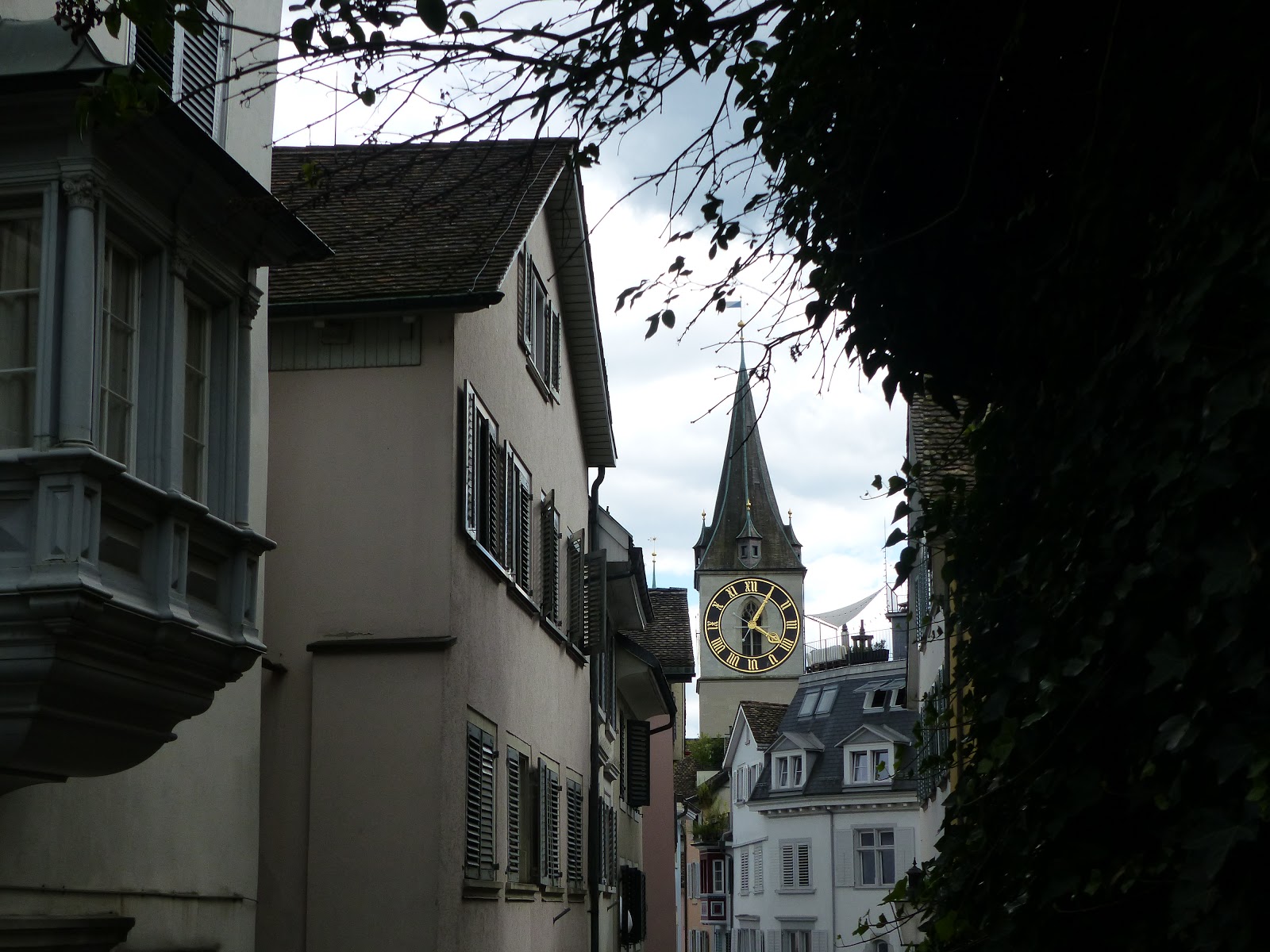 We then crossed the nicknamed Vegetable Bridge. This goes back to when the vegetable street market used to be here, and separates one side of the river where the money is made through business and banking, and where it is spent – one side is full of expensive shops, bars and restaurants.

We stopped to hear many great stories, myths and legends about what happens in the picturesque streets of the Old Town, and also eyed up where we would be having our dinner later on. Next we were able to take a break and have a seat whilst studying this amazing model of the city. 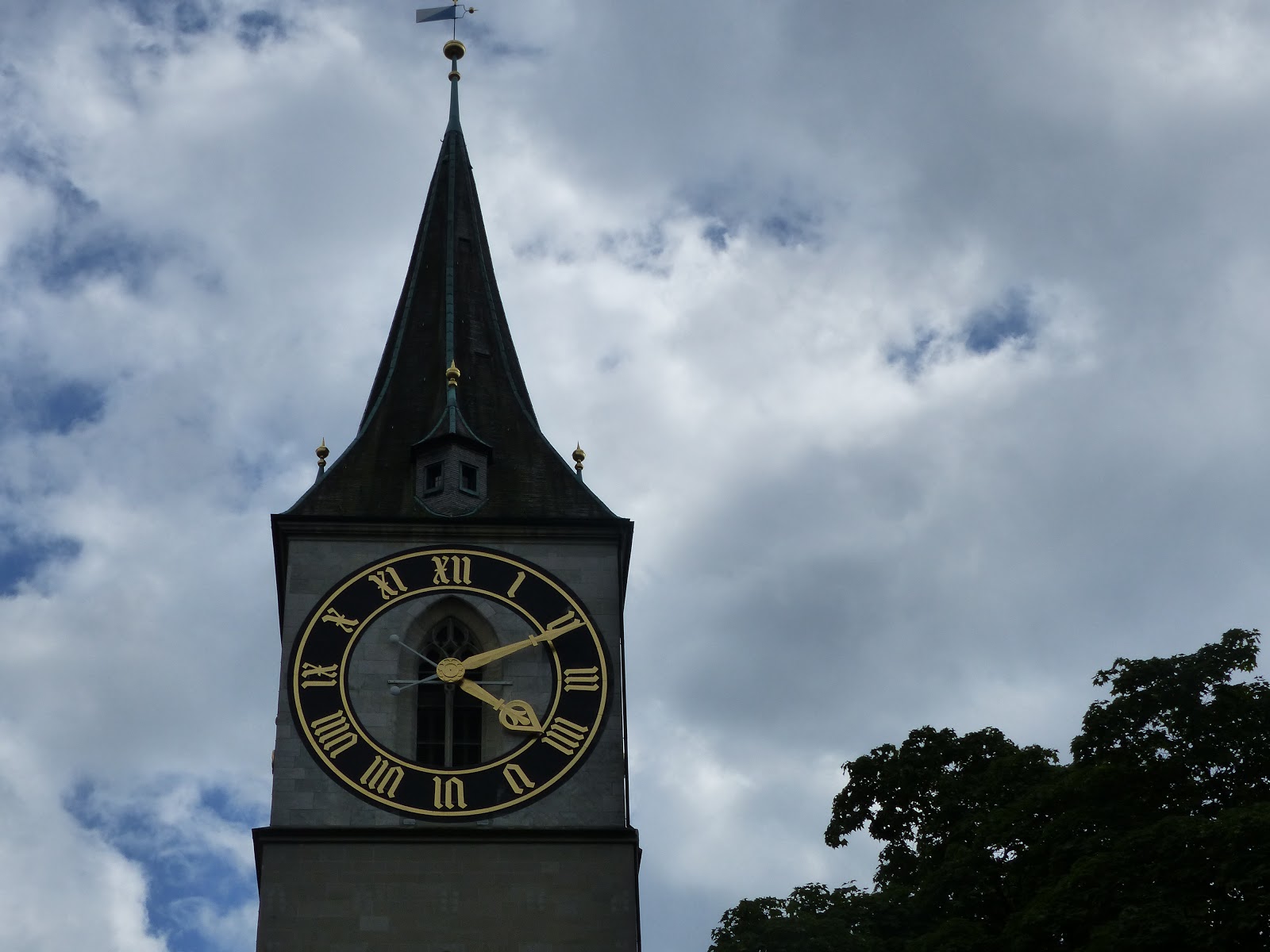 This is a representation of the city in around 1800, and shows just how small Zurich was and still is. It took 22 years to create and structure, and is on display in an 800 year old building in the centre of town. We were shown what parts of the city we’d seen and the route taken on the tour, along with extra pointers and interesting facts. 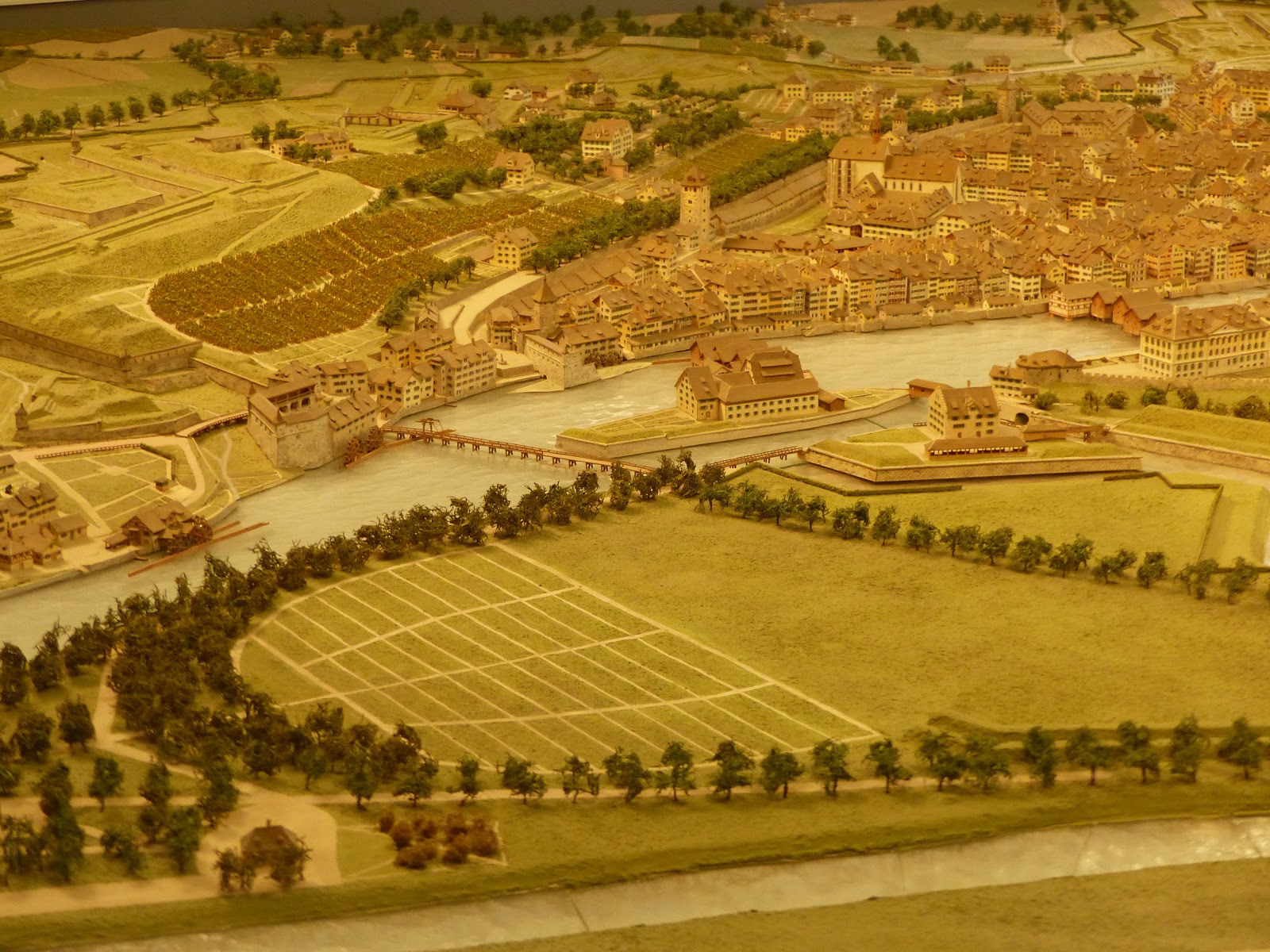 After seeing a couple more churches and towers to end the tour, we were taken through a square with this amazing fountain. Apparently it is possible to put any liquid through it and with many weddings taking place in the area, it’s not unusual to have wine coming out of it! Unfortunately for us, it was just water when we visited. 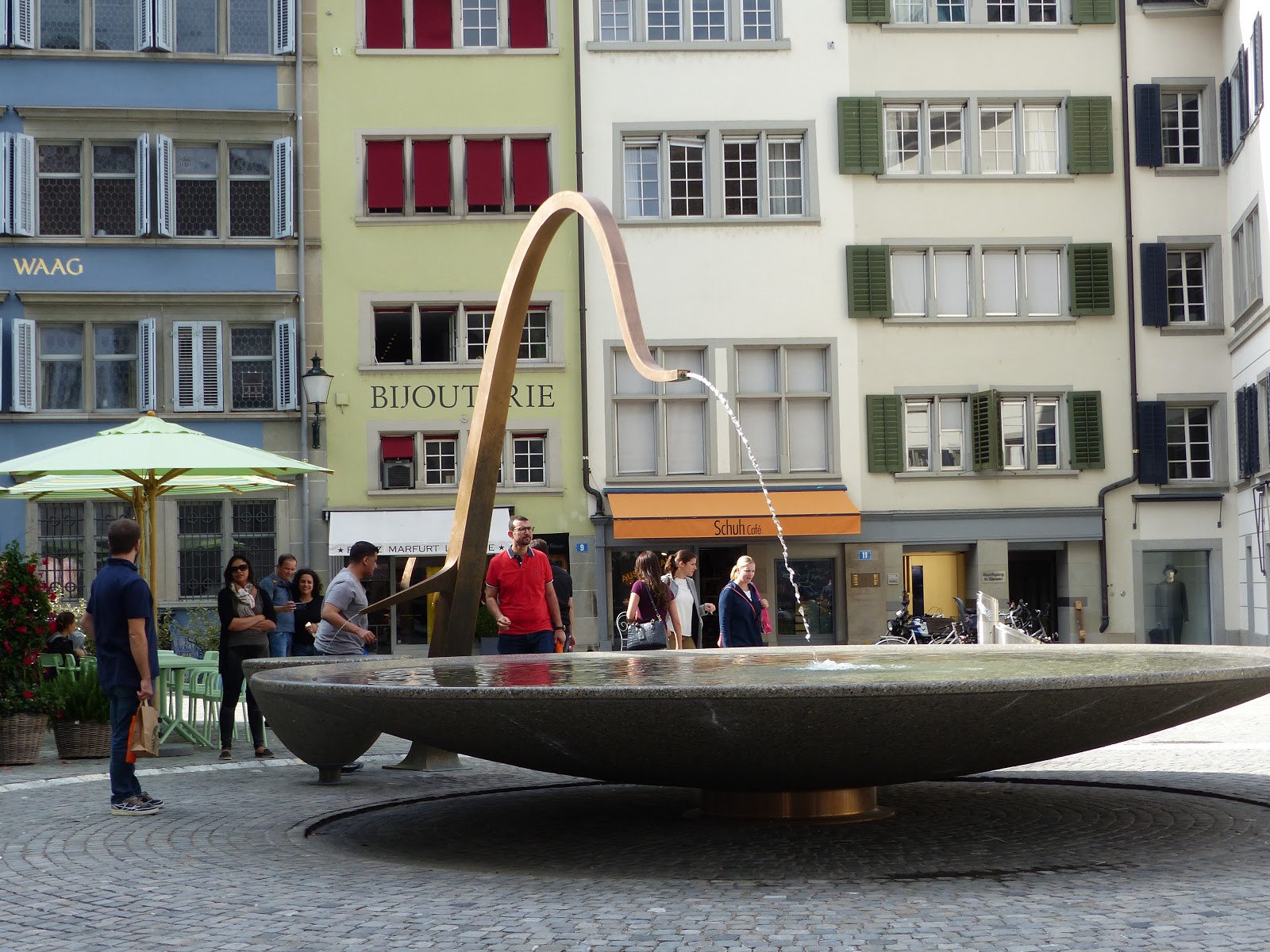 To conclude the tour, we were taken back out on to Bahnofstrasse and we all went our separate ways. In just two hours we were given a wealth of knowledge, fascinating insights and a greatly succinct summary of the historical and modern day Zurich. Thank you so much to Nicole to giving such an incredible tour! 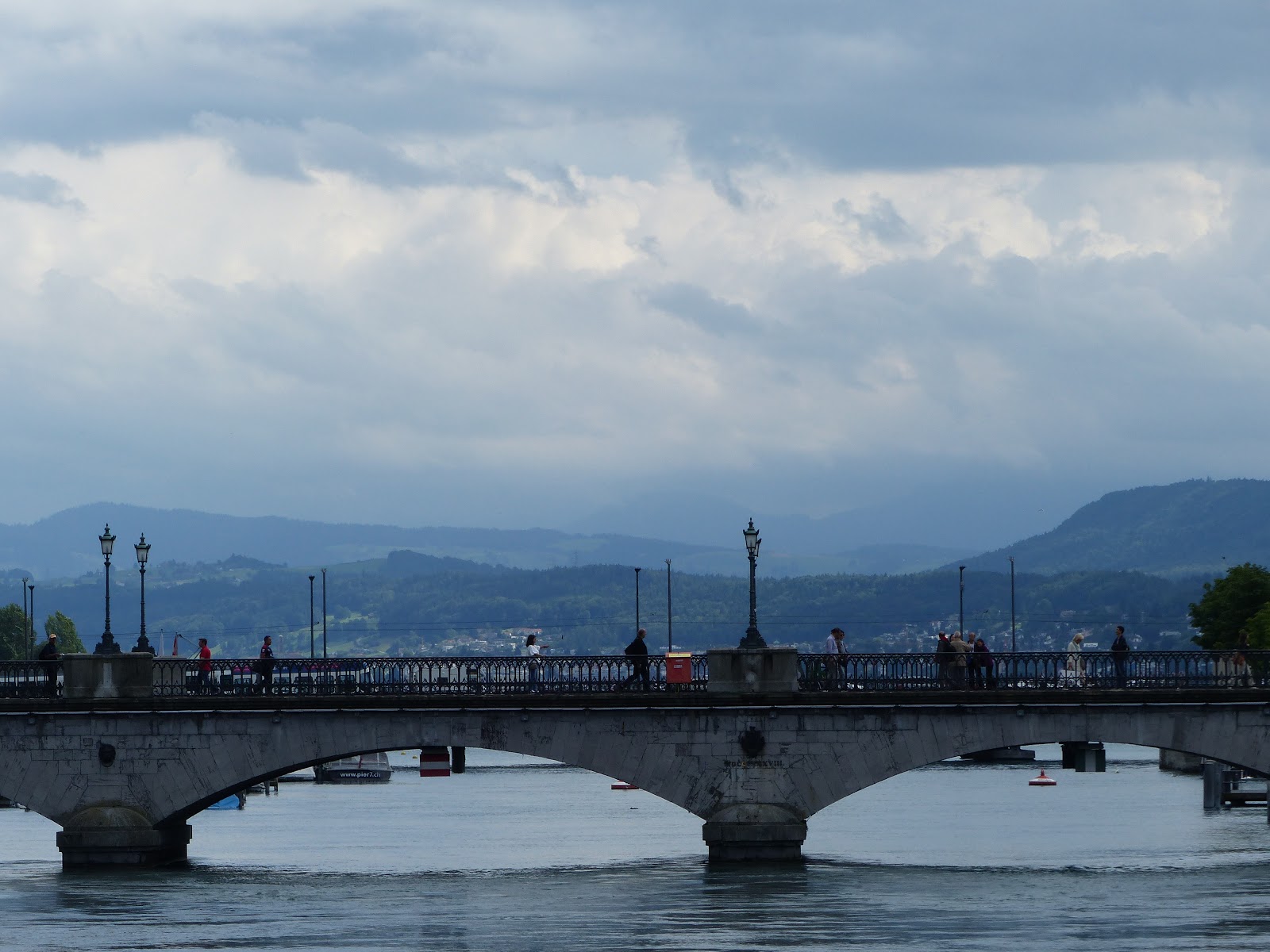 Disclaimer: we were given a complimentary cards to the asterisks (*) in exchange for a mention in this blog post and coverage on social media. However as always, all pictures and views are our own.