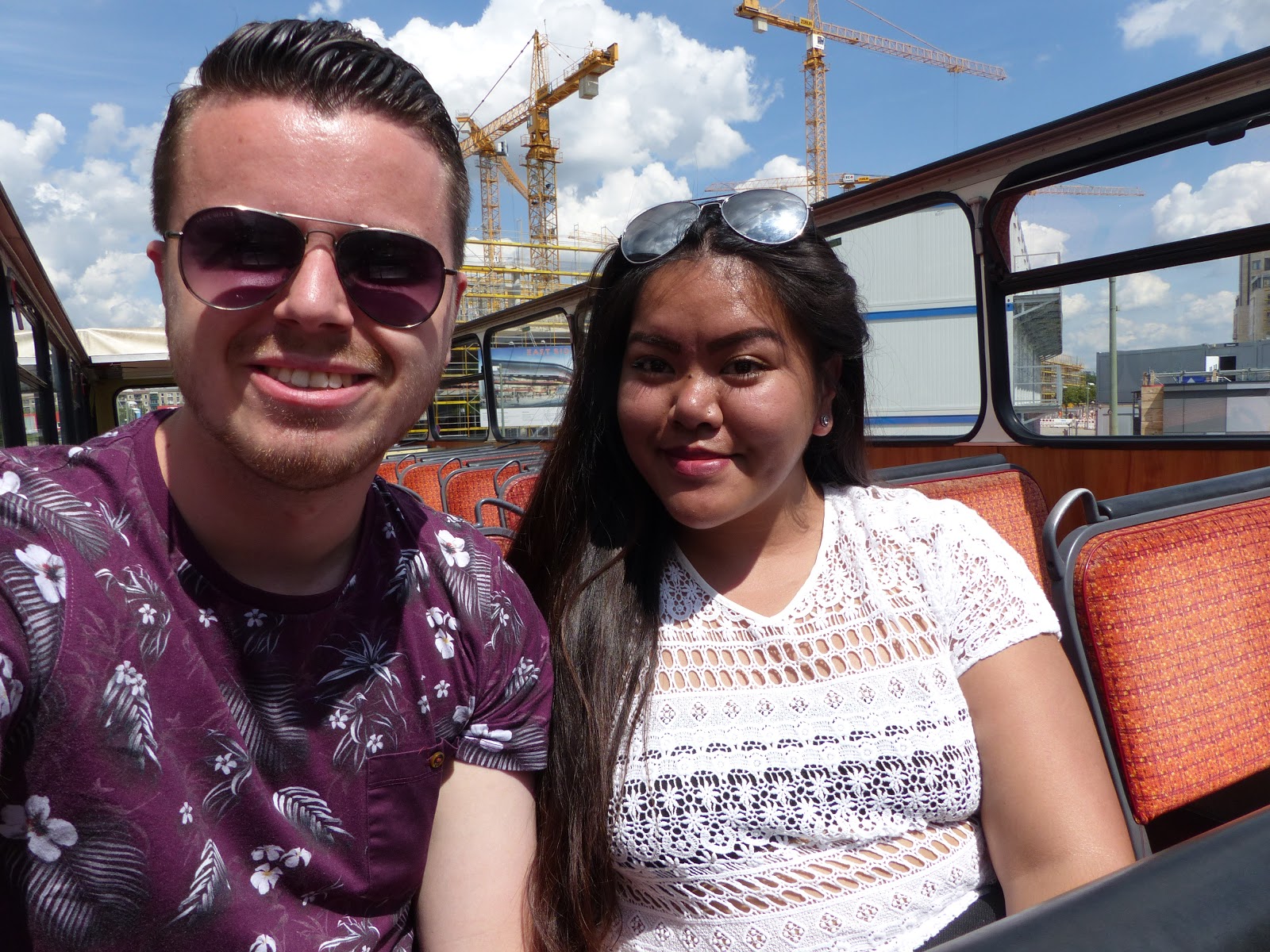 With our time in Berlin nearly over, we woke up feeling like we were missing out on something. Not sure what, but the trip felt quite incomplete. With a cancelled food tour, we had to make some last minute plans, so instead of touring food, we decided to tour on the sightseeing bus.

But first, we had to move all of our luggage across the city as we’d be staying elsewhere for our final night. It’s a caravan hotel called Huttenpalast*, but we’ll tell you all about that later. Trust me, it’s worth staying until the end for. 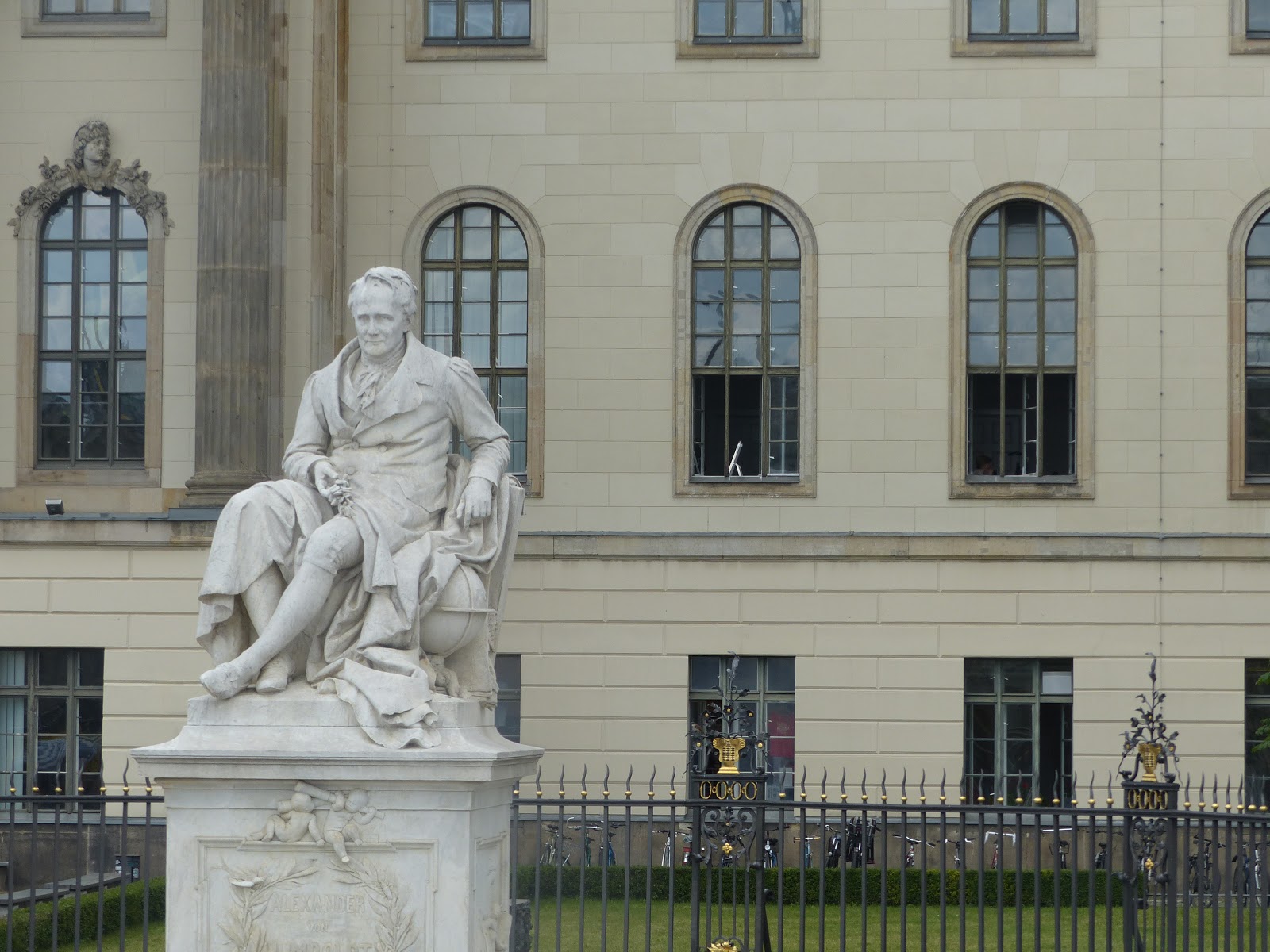 With our bags dropped at Huttenpalast, we made our way to the nearest tour bus stop, which happened to be where we were yesterday at East Side Gallery. 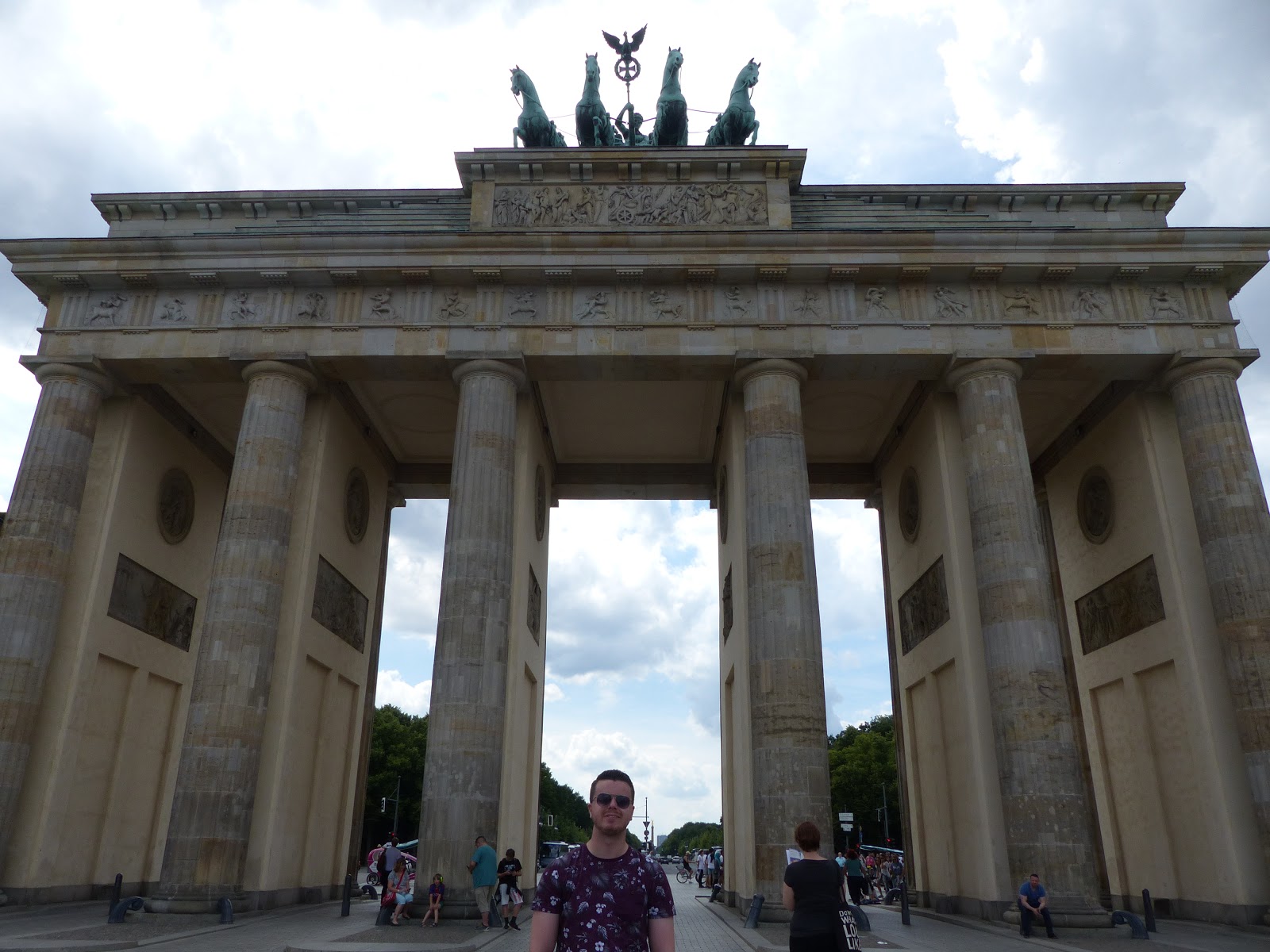 The tour bus is the famous Hop On Hop Off City Sightseeing company that we see all over the UK, and one that we’ve previously used in Barcelona too, so we knew it was going to be exactly what we wanted. With the Berlin Welcome Card*, you can receive discount on the original entry price.

They have three routes, and we joined on the green ‘Wall and Lifestyle Tour,’ although we we joined up on the main historical attractions red tour shortly after. 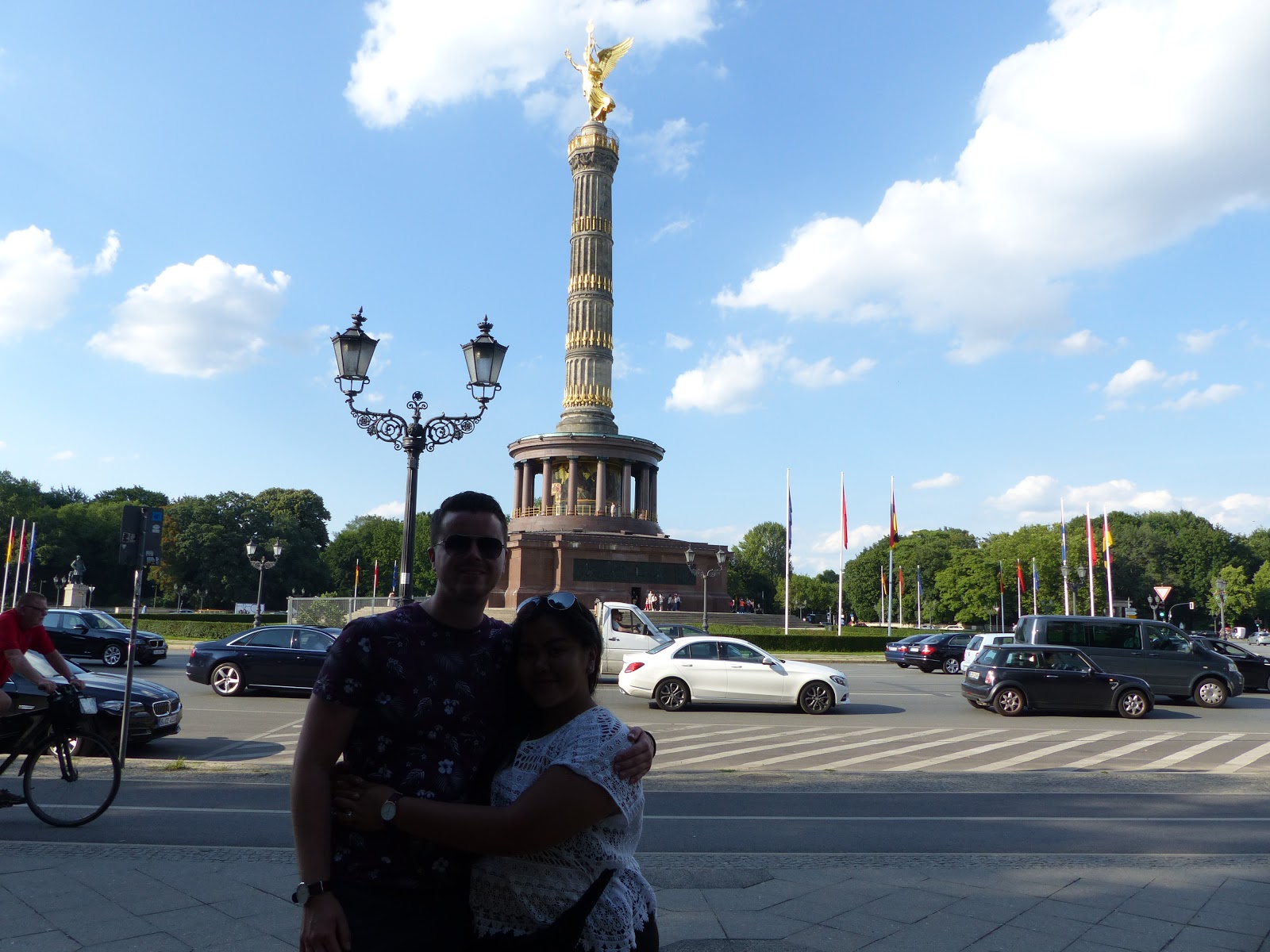 Although we were looking forward to the surprises and the plethora of historical and great buildings in Berlin, we were particularly looking forward to seeing the Brandenburger Tor – the Champs D’Allyses of Germany if you like, and also Victory Column, which were the two points which we decided to hop off. 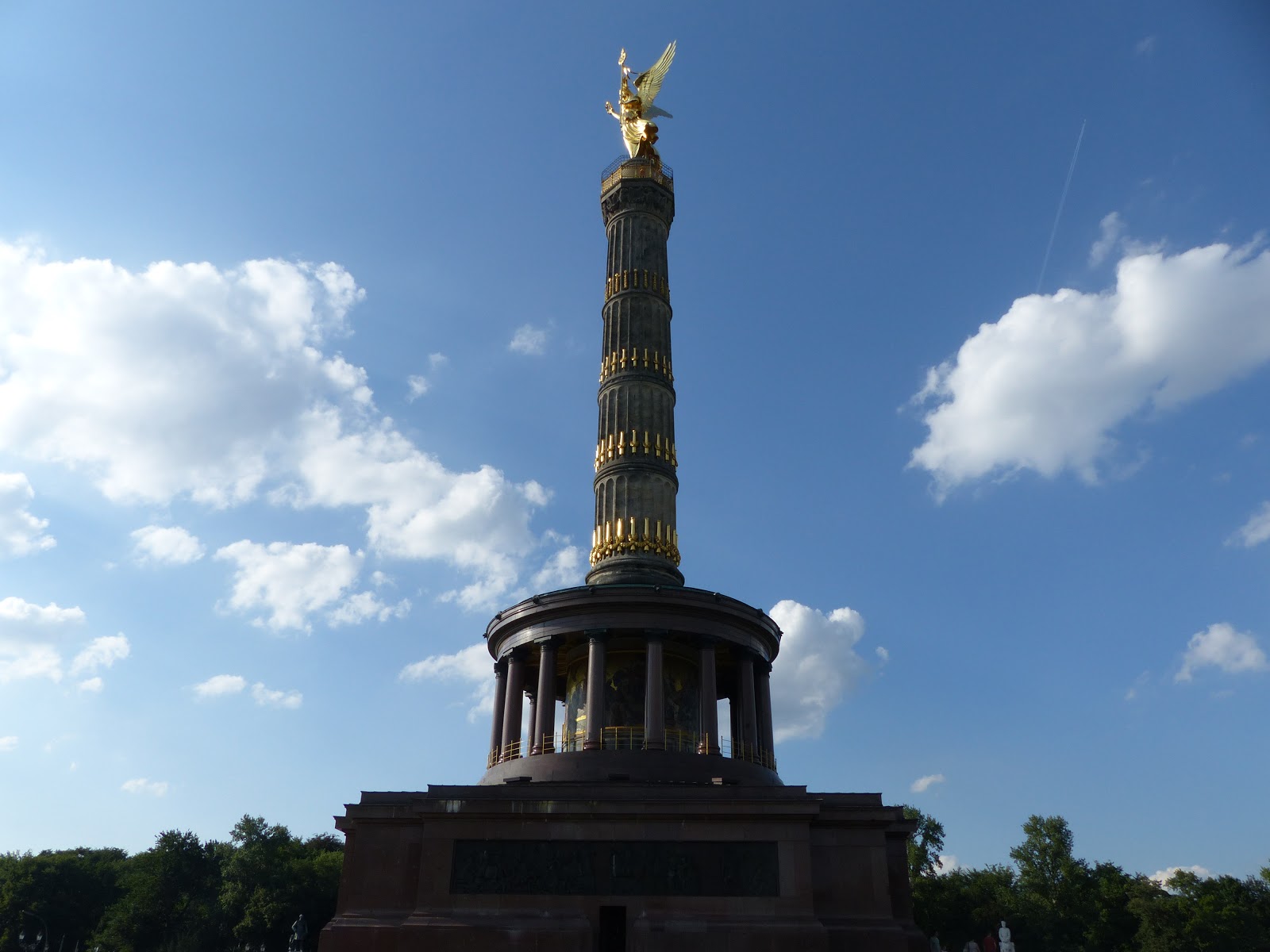 On the way and in between we crossed everything dating back hundreds of years, to the war, and to present day. We do like the occasional bus tour of a new city, and now we are happy to say we can add Berlin to our list! 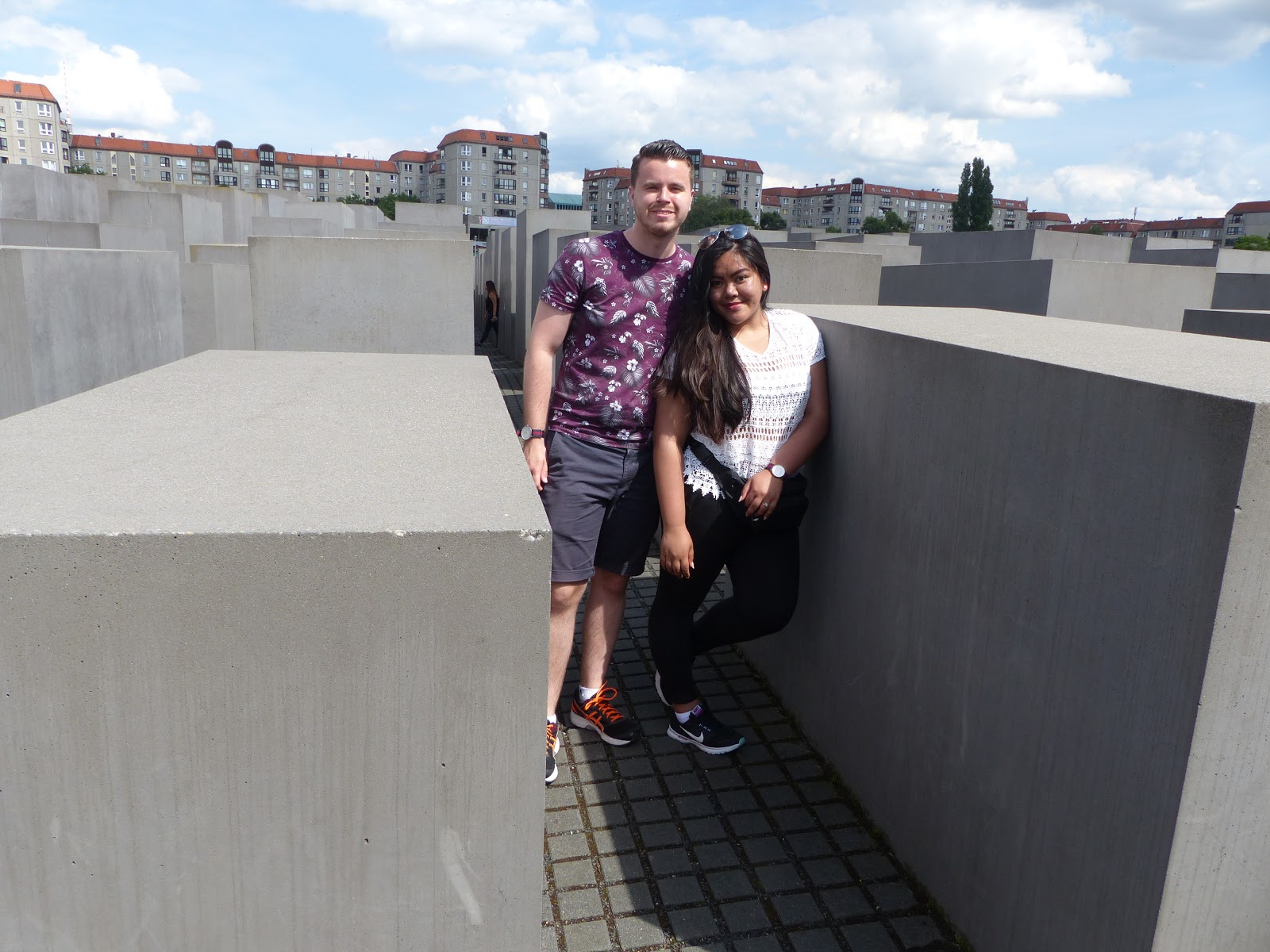 With another early train ahead of us in the morning, it only gave us an excuse to head back to our hotel in the early evening and enjoy the cosy room to catch up with blogging and vlogging. The Amsterdam vlog is now finished but when we woke up it was left hanging at 88% and we had no choice to abandon it and cross our fingers for Prague! 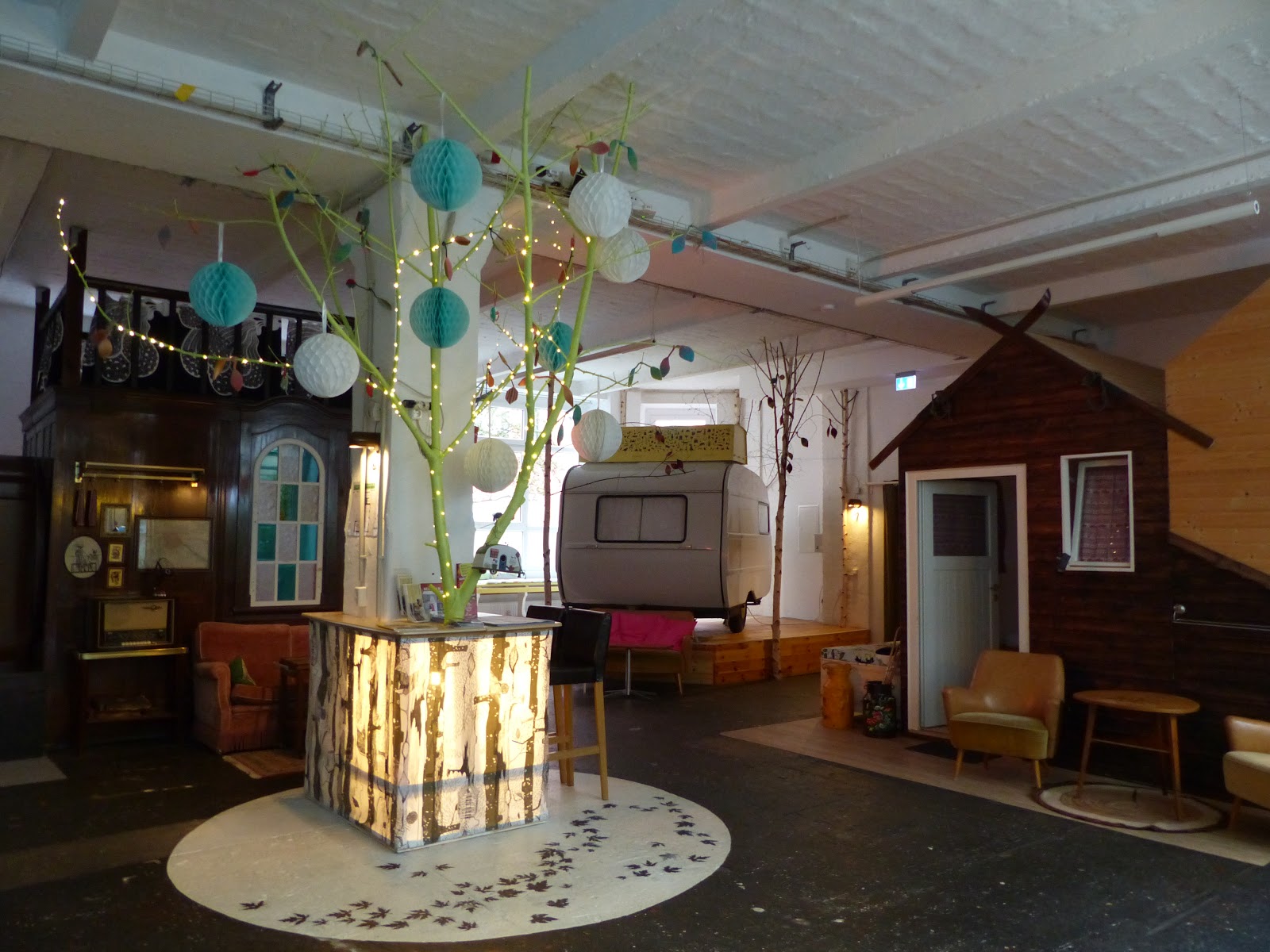 Huttenpalast is located in Hermanpalatz, very close to the tube station where you can reach the more touristic parts of the city in 20-30 minutes. It also has many nearby bus stops, which took us directly to central station for our train the next morning in 20 minutes.

The concept behind this hotel is that is has the feel of a camping site, but you’re indoors. There are two halls of six caravans, all slightly different in shape, size and look. They encourage you to come out of your room and socialise with your fellow campers, with people from all over the world staying there to share stories with. 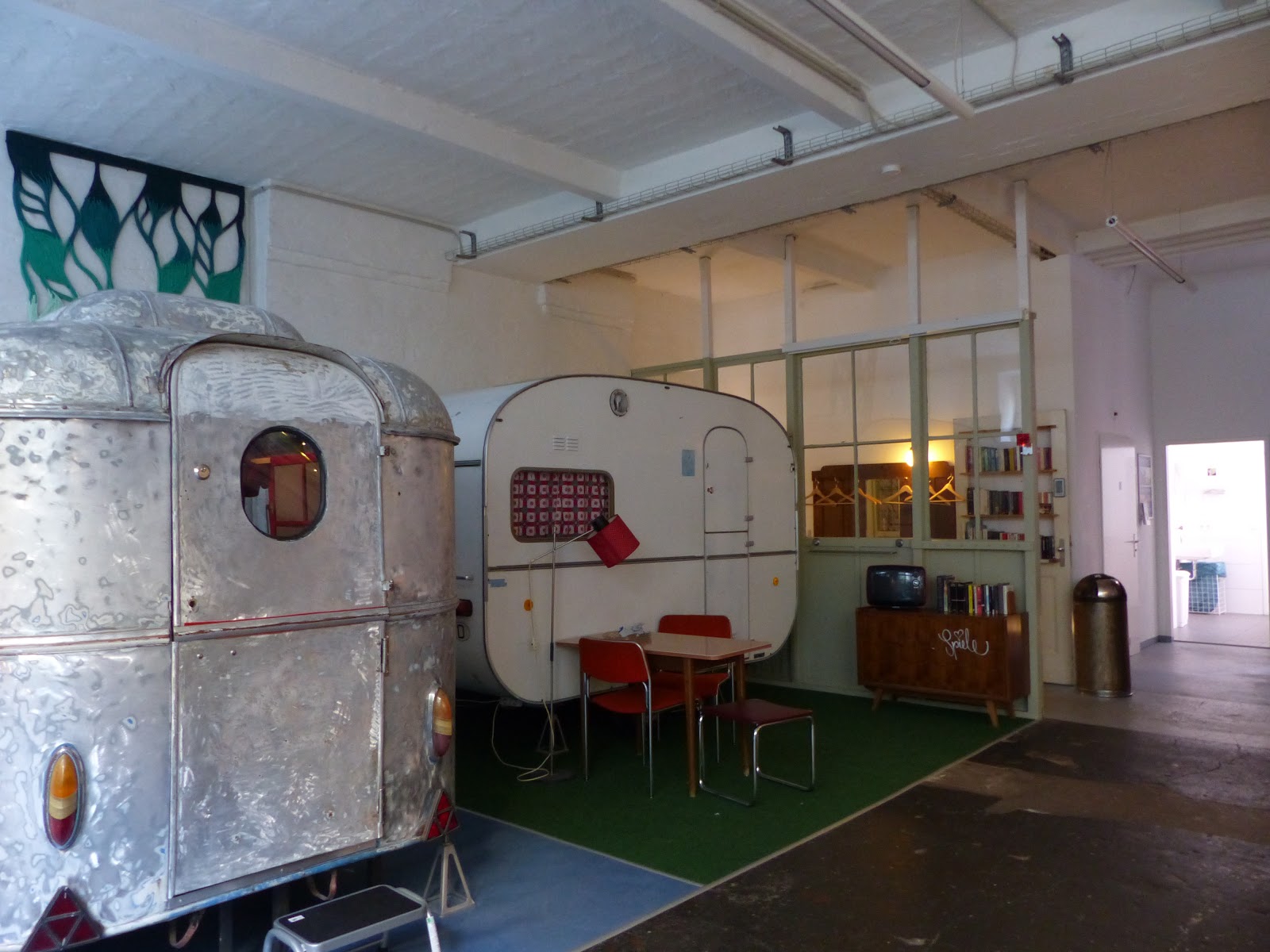 The rooms have such a cosy feel and the beds were of comfort only normally found in dreams. We also had a small are outside of our room for a table and chairs, a full bookcase and access to tea and coffee facilities.

We haven’t always been massive fans of sharing bathrooms, but it turned out that the late night and early morning showers meant that we had them all to ourselves! It’s difficult to describe when you have a great shower, but we had great showers! Powerful, hot, spacious, and just had a very luxurious feel! They were so much better than we were expecting in all fairness. 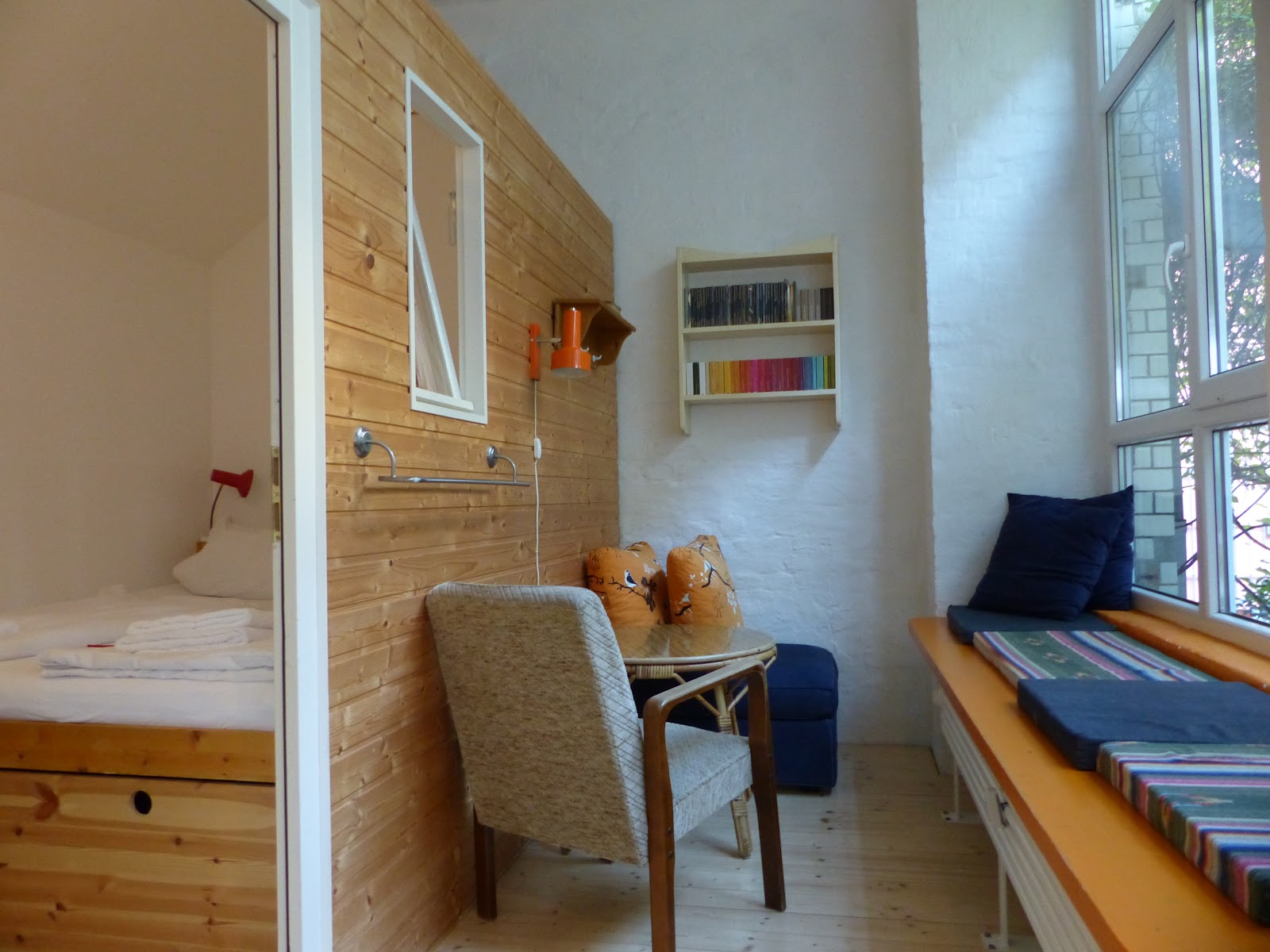 Unfortunately their breakfast is served from 8am, which is the time we had to leave, but should we return to Berlin it’s safe to say we’ll also return to Huttenpalast and stay around for breakfast and give ourselves more of a chance to talk to others staying and working there.

Thank you so much to all at Huttenpalast for our stay! 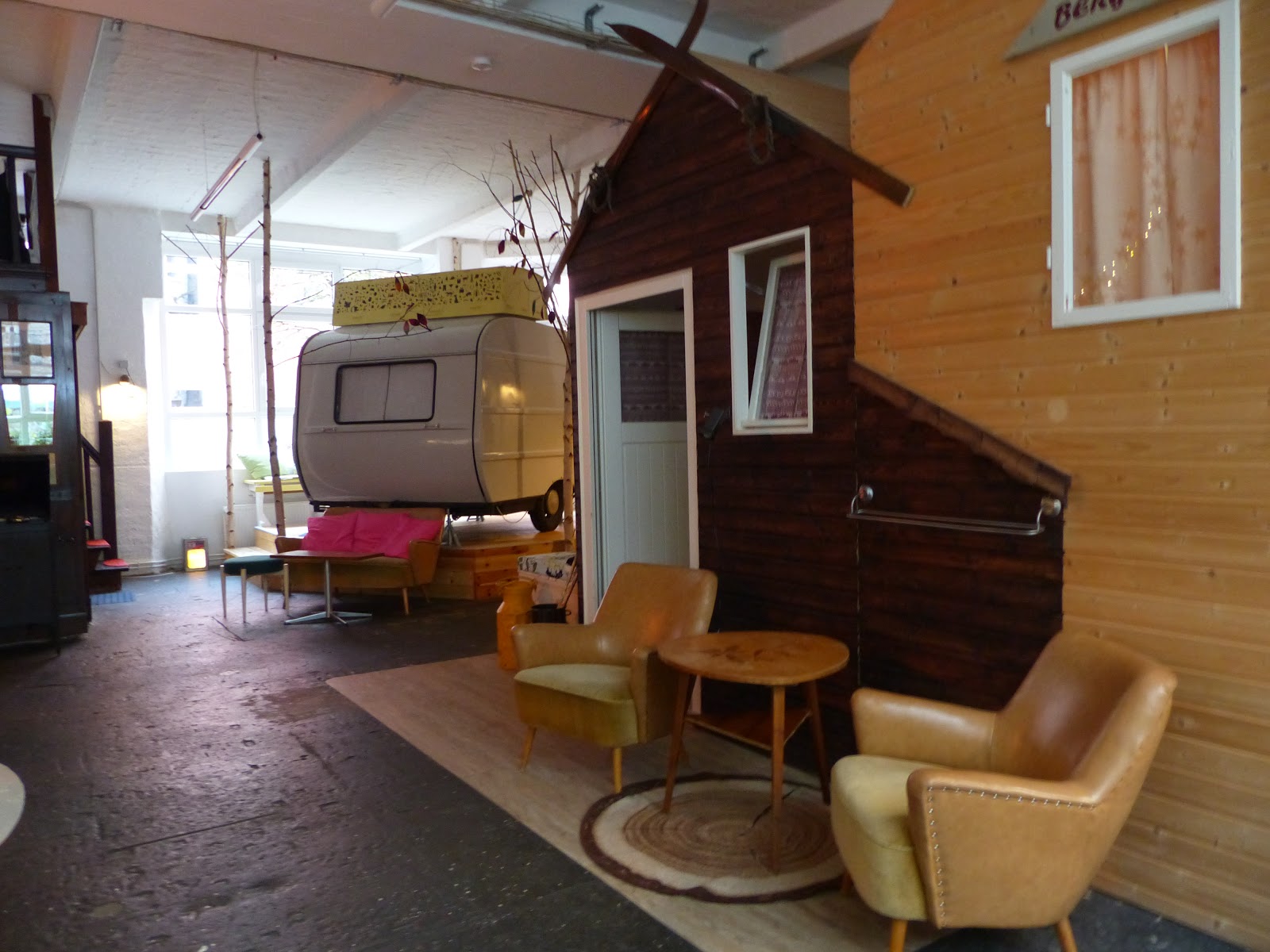 With an early start the next day, all that there was time for was a quick croissant and away we went to Prague!

We hope you have enjoyed our Berlin blogs, and if you have any recommendations for us in Prague, let us know in the comments! 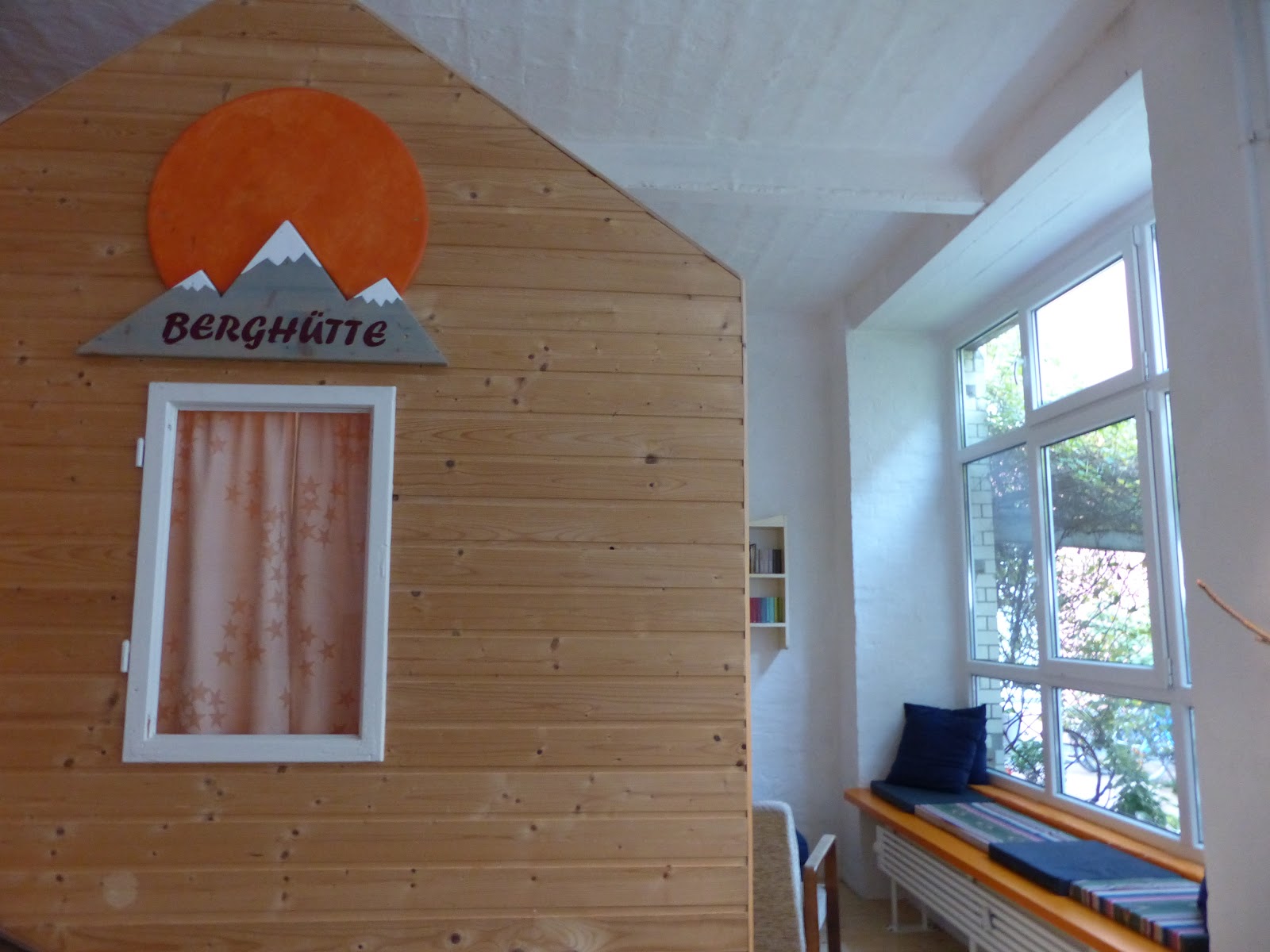 Disclaimer: we were given complimentary tickets/stay to the asterisk (*) in exchange for a mention in this blog post and coverage on social media. However as always, all pictures and views are our own.