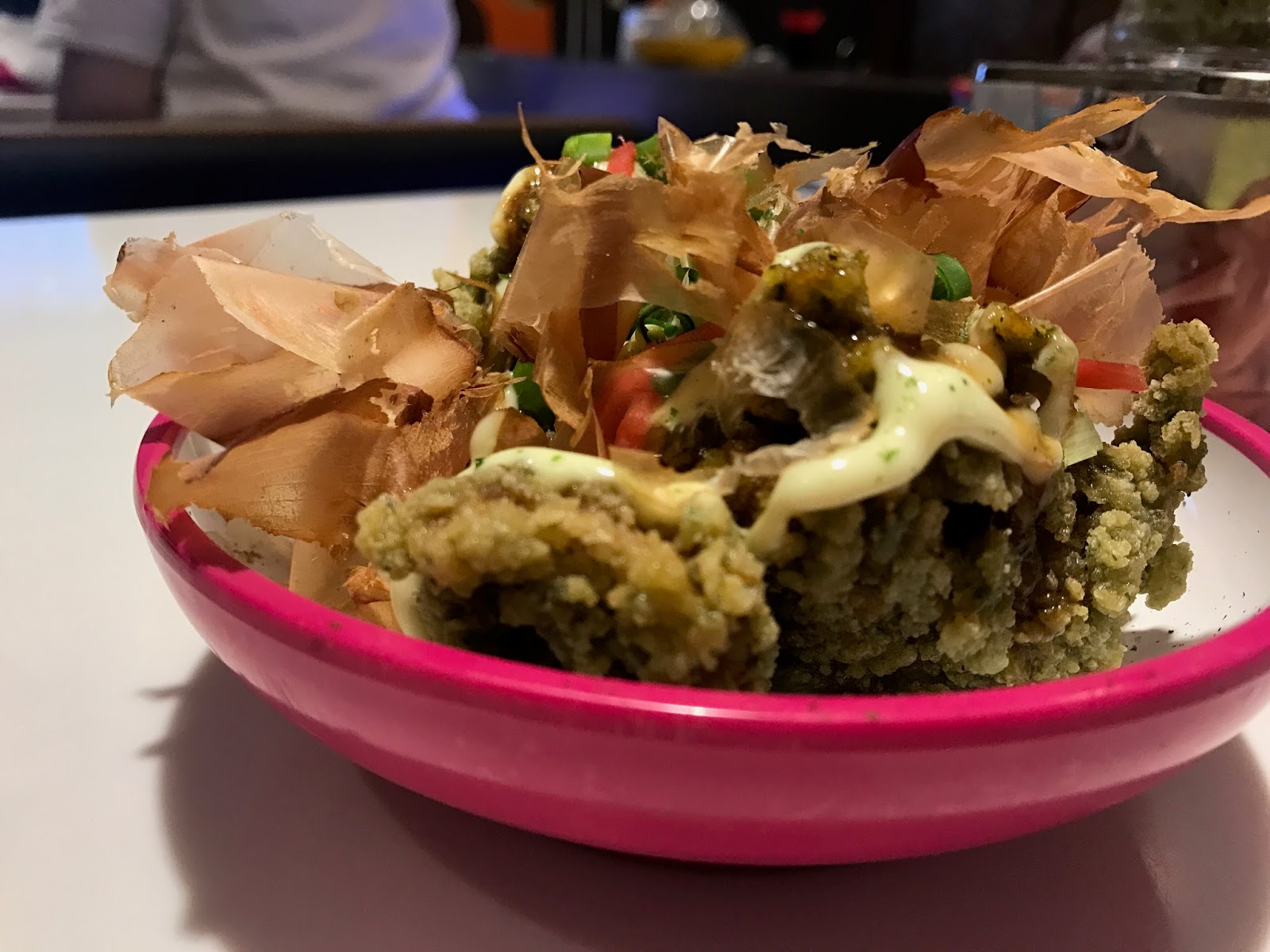 A few months ago, back in April, we received a Twitter invitation from Bex, the assistant manager of Yo!Sushi Chester to their new menu launch event. This was a great surprise for us as you may already know, we go back and forth to Chester every now and then to visit James’ family but never have we attended an event there, so this would have been the perfect setting.

Unfortunately, we were not due in Chester the weekend which the event was held on, and if you’ve been a regular reader/viewer, you may also know that I, Jessica am a major fan of sushi. I simply adore it. I was absolutely devastated when I realised we couldn’t make it!

Luckily Bex was so lovely and still offered us the chance to try out the new menu when we were next in Chester and alas, here we are (in June). 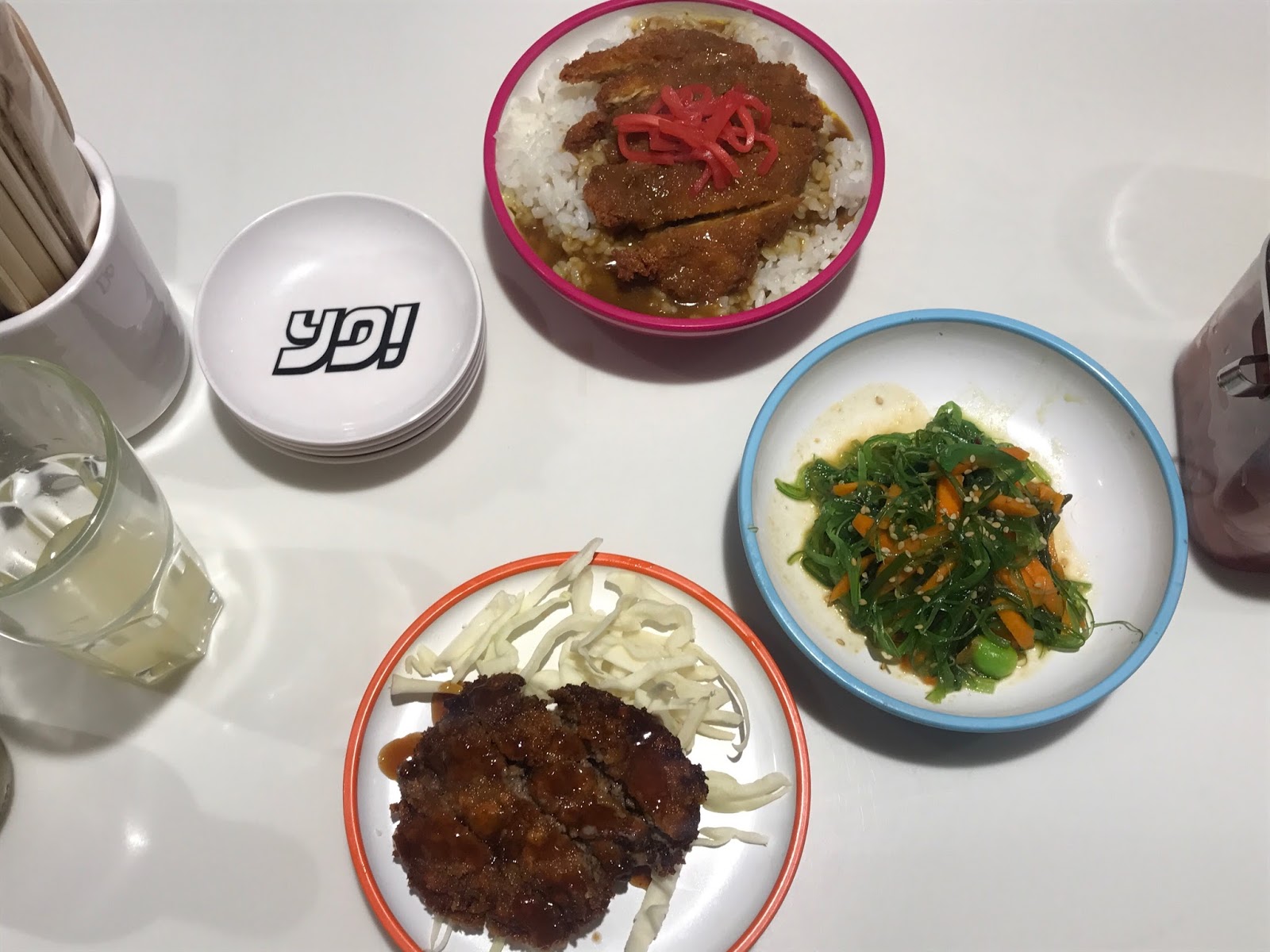 Upon arrival, we were greeted straight away by Bex herself and got directed to our table. As one would we were asked which drinks we’d like and I, of course opted for what Bex had suggested which was Yuzu, while James went for a simple apple juice.

While on the first few sips of my drink, I though it was quite sour, but when drank after the flavours of the dishes, it changed everything and it was super refreshing and light! It’s actually amazing how certain drinks can change with what you eat (which we also learnt in our previous post)

Although we were there to try the new menu, we just couldn’t resist getting the classic chicken katsu curry and seaweed (we promise these were the only non new things from the menu), and now on to the new stuff..

As well as the chicken, I chose the new beef kastu, which didn’t come with rice as it’s a dish of its own. I personally enjoyed the beef more than I did the chicken and that’s saying a lot since we both don’t eat beef as much as we want.  The beef had so much more to it, the flavouring was stronger and had more texture, and I hope in the future they’ll serve it as a curry. 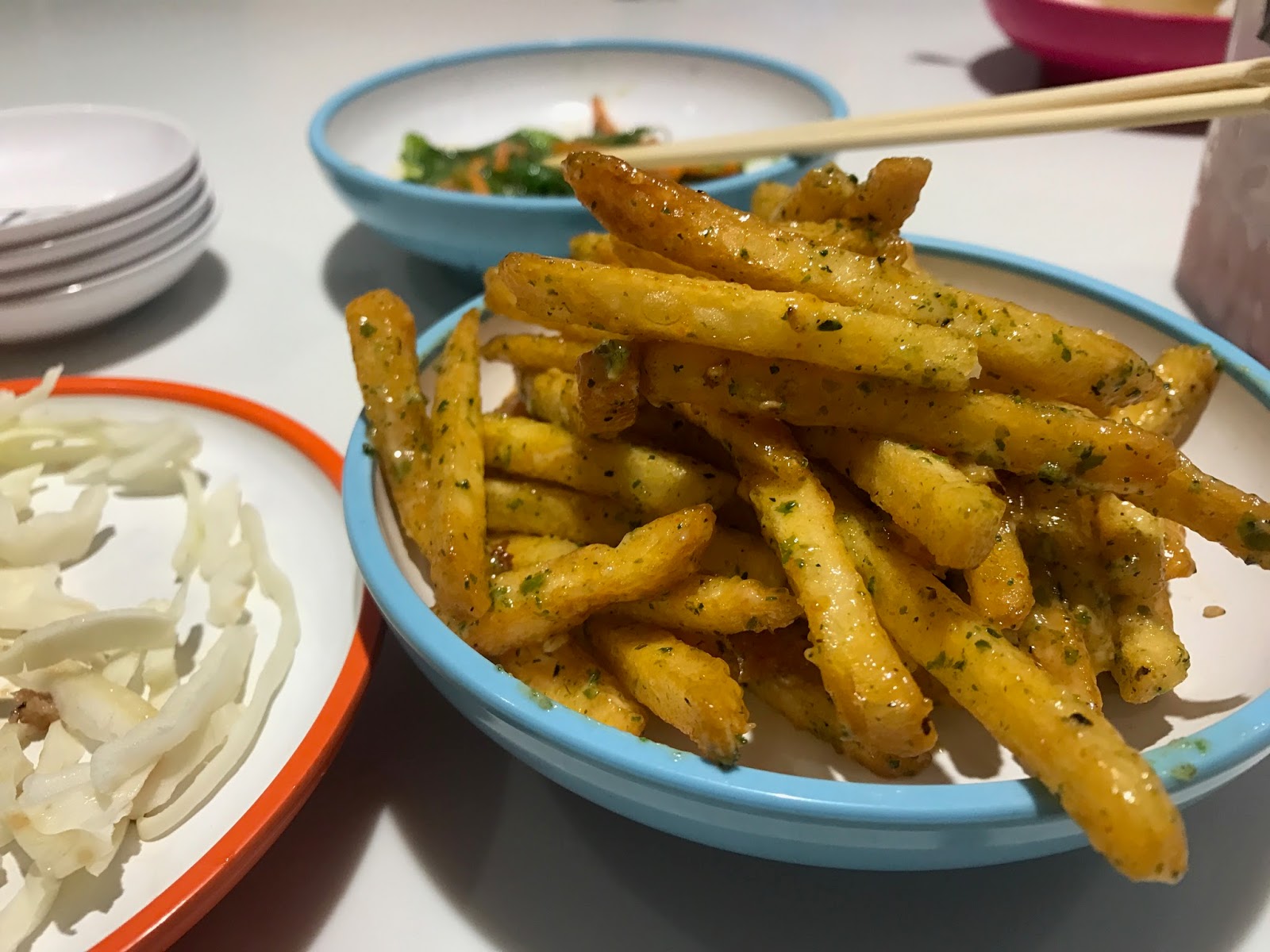 The next item on the new menu were these Japanese fries – fries with sushi you question? We did too but oh my these were the best fries ever. You could say these are somewhere in the top 3 to be honest with you. The mayonnaise sauce really made it so different! Wish we had a second plate but we couldn’t risk getting full with so much more to try.

James wanted to try their pork belly bao, but unfortunately they were out of stock of the bao, so that only means that we’d have to just come back and try them in the near future. 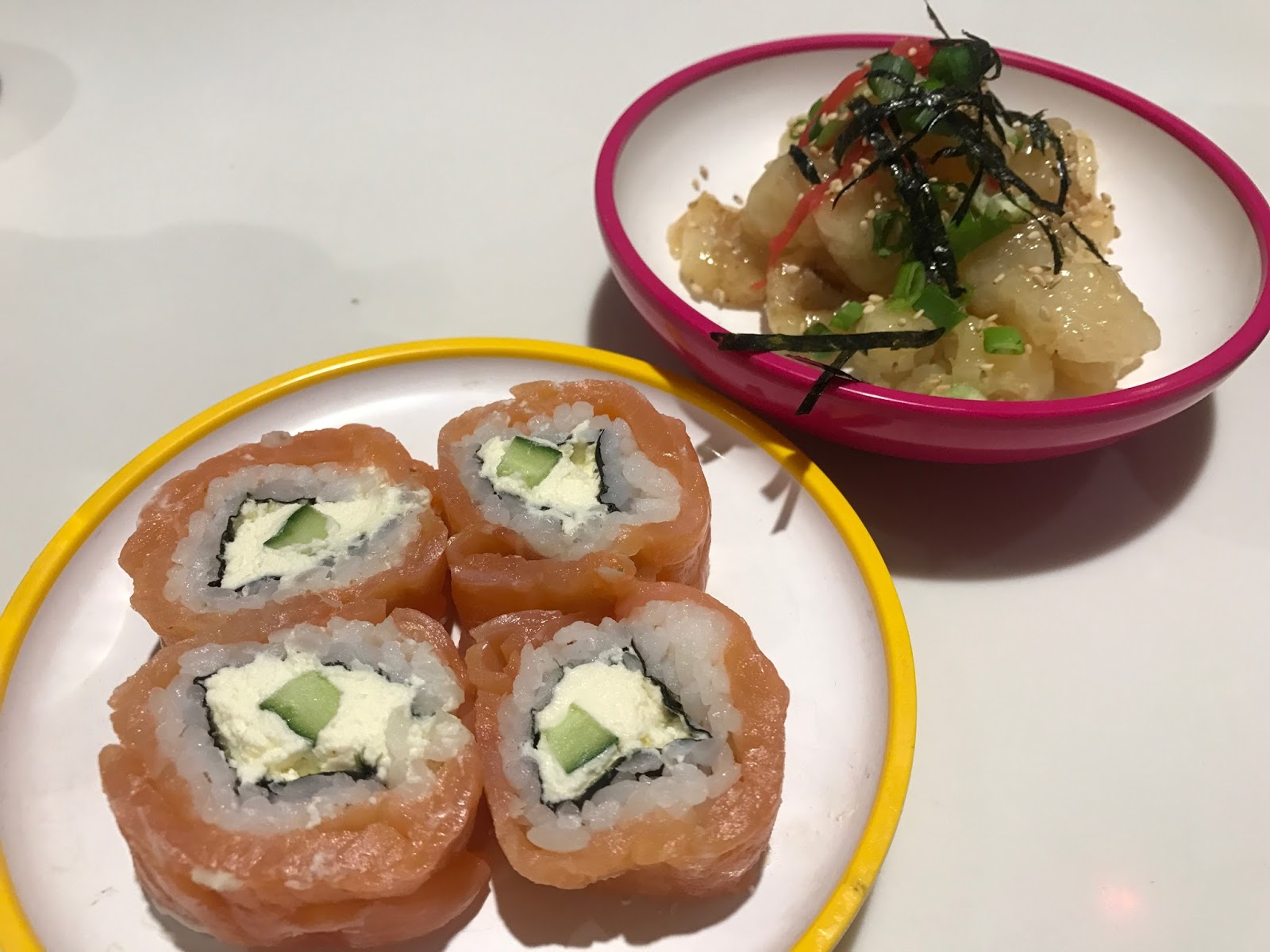 James decided to get the cod dish next as I wanted to get some sushi in me, so of course I went for the classic fave of anything with salmon. Salmon and cream cheese – how could one go wrong? Oh I was not disappointed and even James had his fair share, along with the cod which was as equally delicious.

By this point we’re surprisingly getting full but we couldn’t resist when Bex suggested we try the squid. I love squid and when it has that extra crunch from being fried, it’s a winner with me. This was James’ first time trying squid this way and I believe it went down a treat for him too. 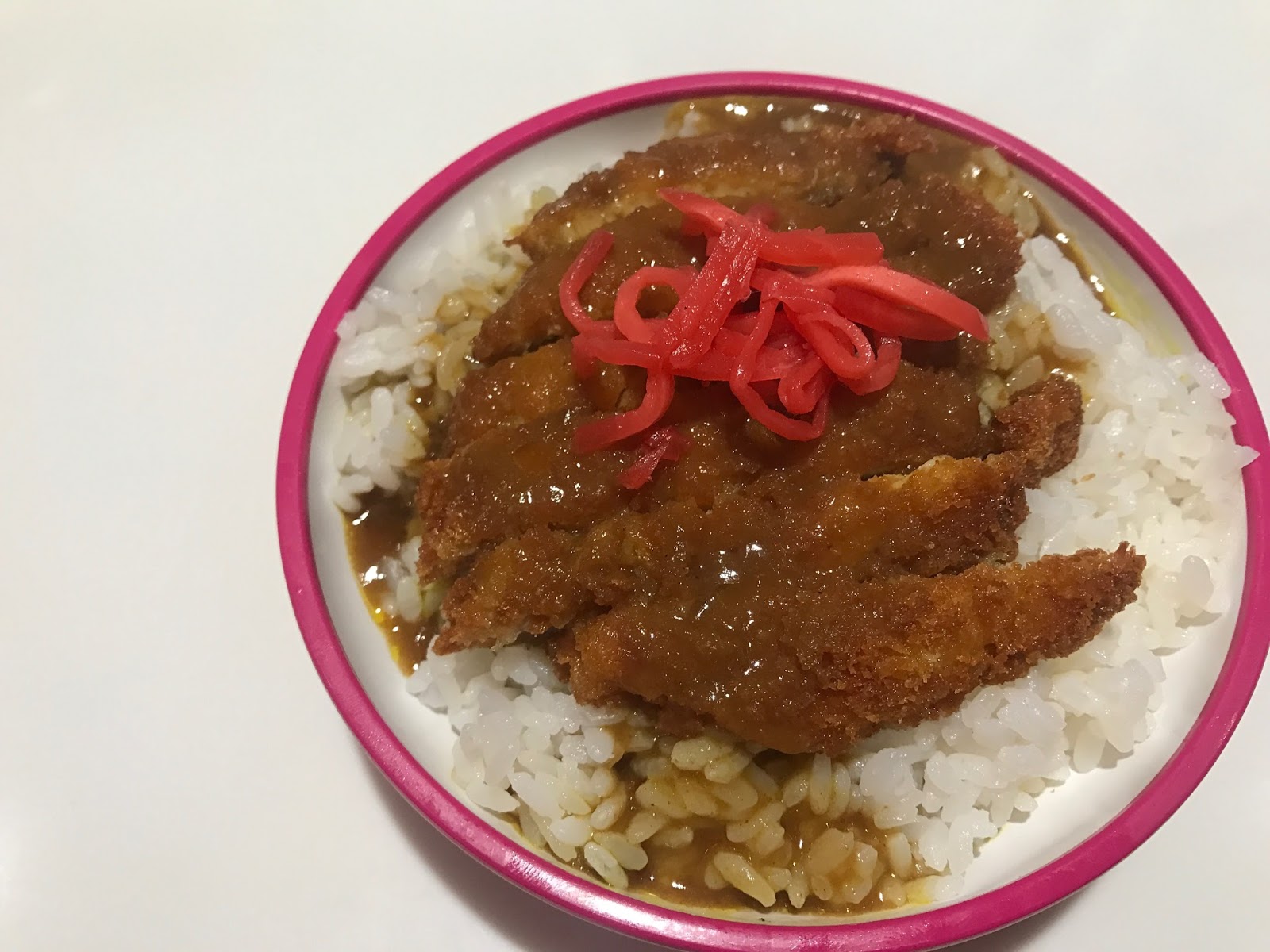 We were honestly stuffed but we couldn’t walk away without sharing one of their new desserts – Ginza strawberry cake. This was literally the cherry on top, the cake melted in our mouths bursting with strawberry flavours with the cream compliments.

And just when we thought we were done, the lovely Bex comes along with a take away bag filled with more sushi treats and a malted chocolate pot each for our train journey as we mentioned we’d be heading back to London that afternoon. 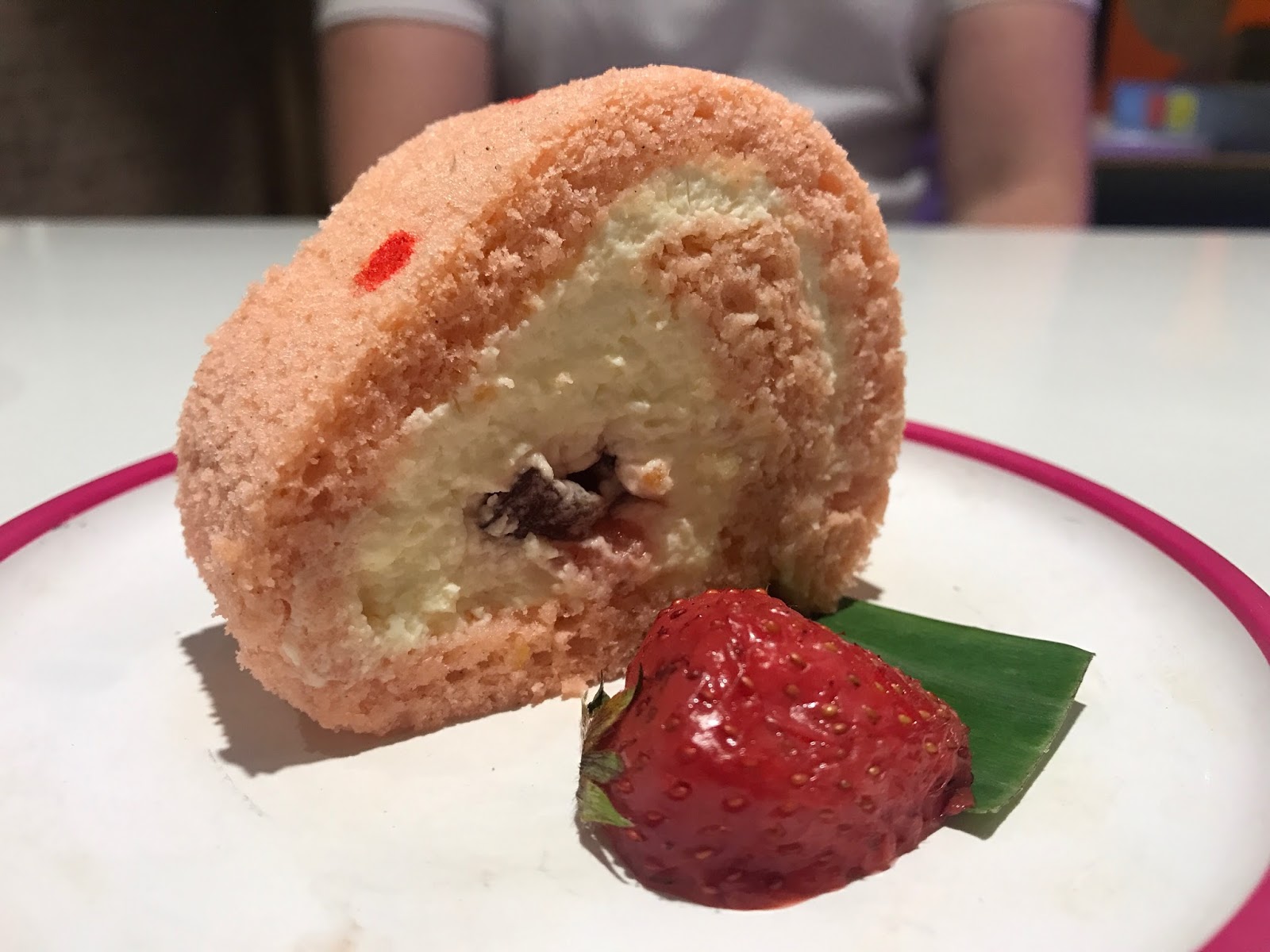 As a sushi fan, I know you’d think my opinion would be biased so maybe take it from someone who hasn’t always been a fan of sushi, James:

Hey, it’s me! I would highly recommend it even to those of you aren’t fans of it – or to those of you who daren’t even try it. I used to be one of those who squinted at the thought of raw food, but in honesty most of the stuff we tried was actually cooked. Our next mission is to get my Mum in here who herself is a bit of a skeptic!

A big thank you to Bex for allowing us to come in and try out the new menu. We’ll definitely be back!

Disclaimer: we were invited to try the new menu in Yo!Sushi in exchange for a review. But as always, all our opinions and photos are our own.