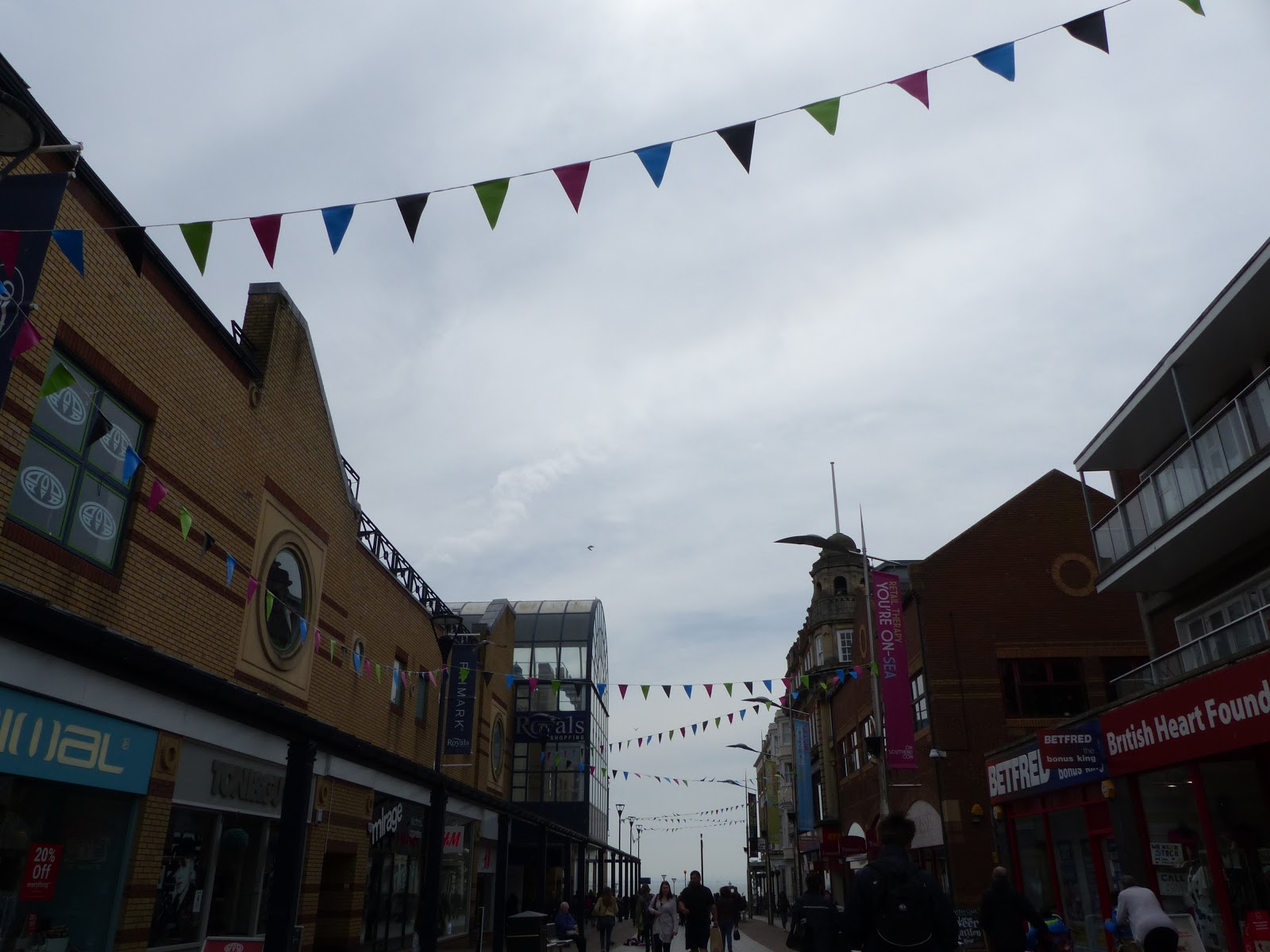 This Bank Holiday weekend had been full of trains, from travelling to Bicester Village on Saturday, back to Brighton on Monday (which you can read all about on the food blog later in the week) and a quick day trip to Southend-on-Sea on Sunday.

I, Jessica, had planned this little trip to Southend as a surprise for James, no particular reason, just thought it would be nice to bring James to another town he had not been before and create more memories, as you know us, we love a good visit in the UK towns and cities. 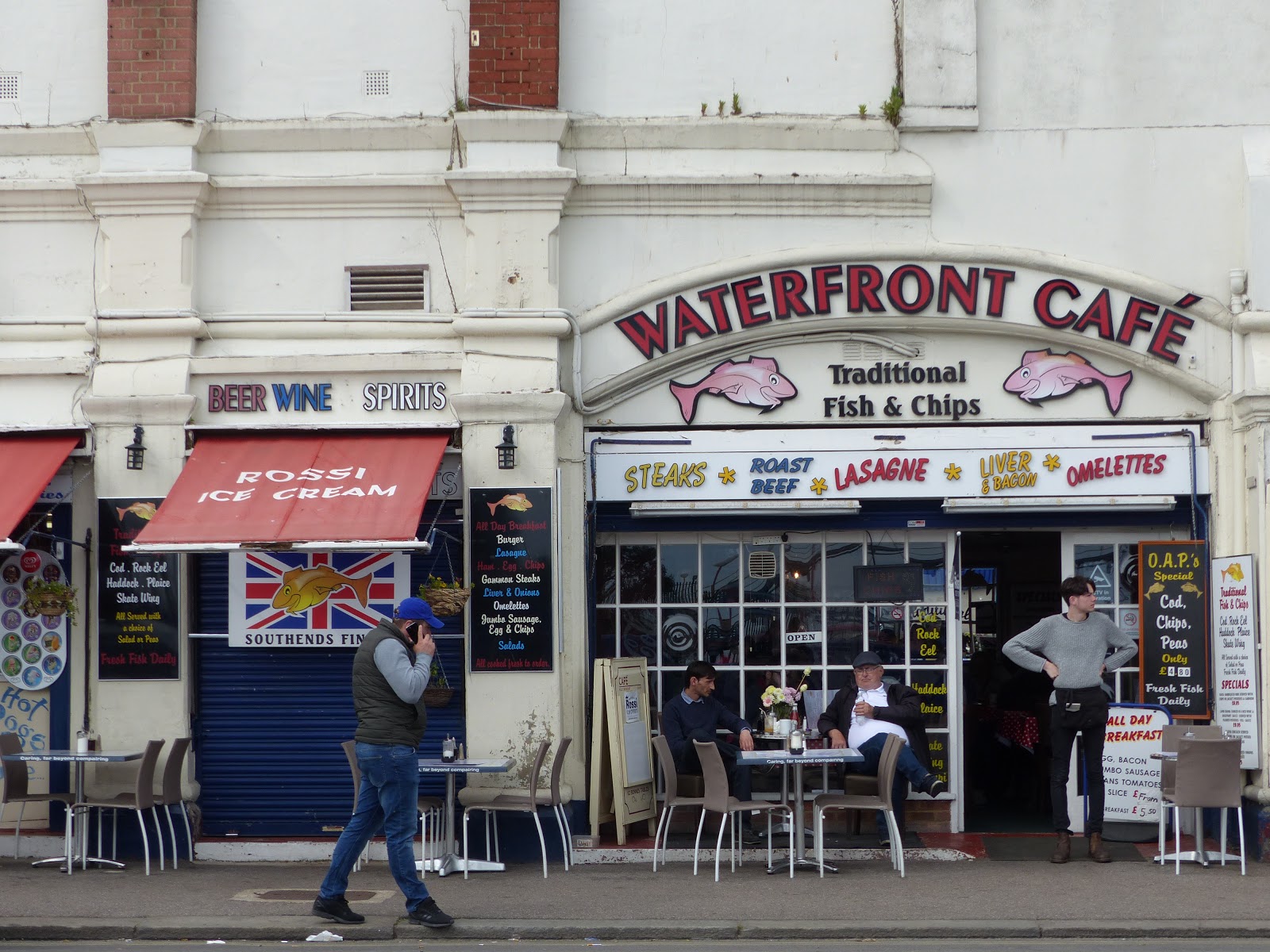 James was unaware of our destination until about 4 stops away in which you 1. guessed and 2. heard the announcement on the train.

Of course our first initial thought was to get food and there’s nothing better than fish and chips when on the seafront. When walking down the main road, we found the first restaurant feeling fish and chips, and was sold by one of the charming waiters there (we got too excited and believe me for the first time in forever, we forgot to take a photo of our food, but you can imagine what your typical fish and chips look like) 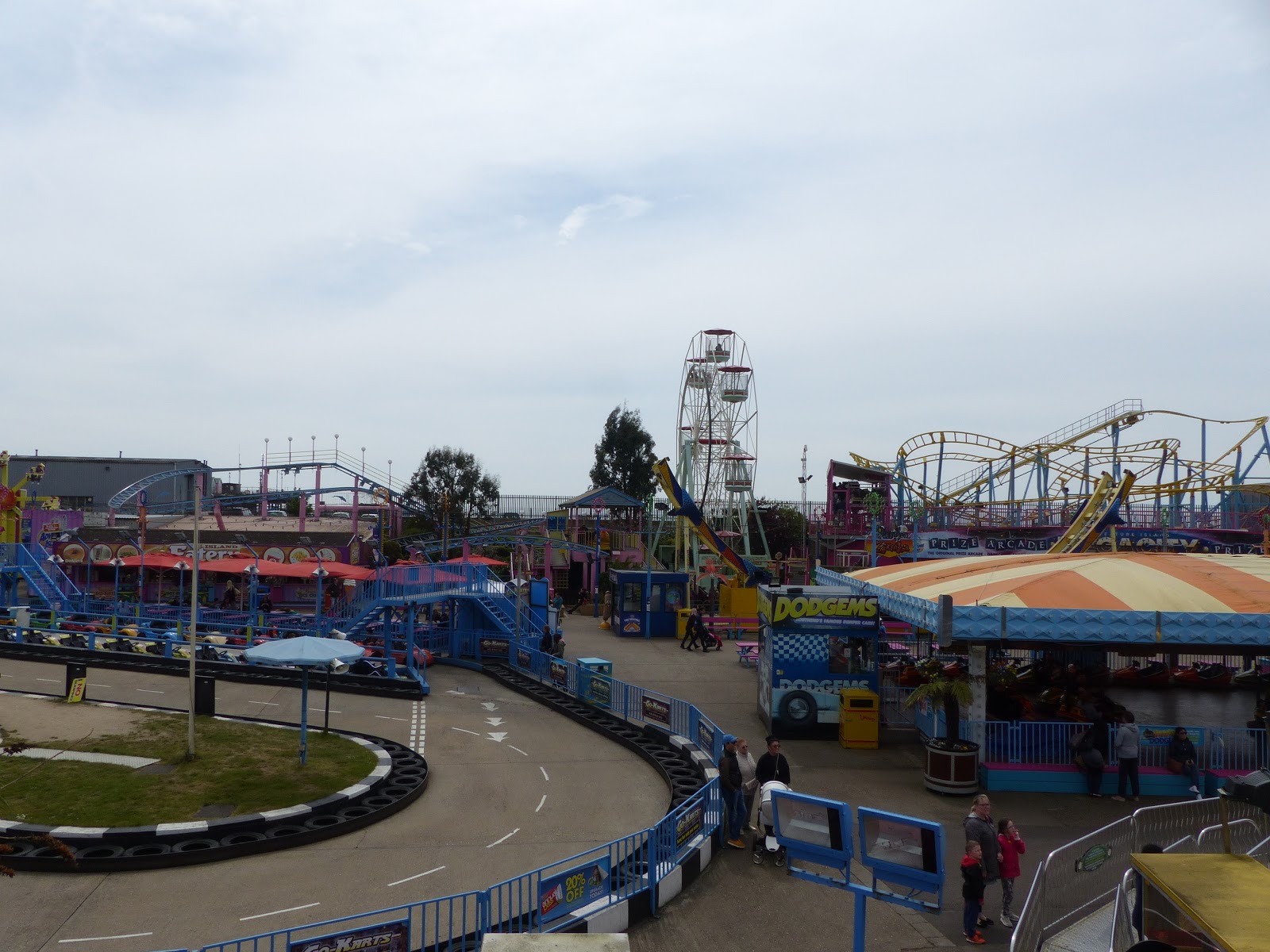 Unfortunately, the weather wasn’t what we had hoped for but at least it didn’t rain. For me, you’d be surprised to know that I had no plans whatsoever for this day, it was really nice though to not have a plan and just venture out as we please and do what we wanted at our own pace.

After a little wonder around Adventure Island, which we opted out of due to the weather and we just weren’t feeling going on rides that day, we decided to just do a some exploring. We hope we will come back another day, maybe even with a few others to conquer the rides of Adventure Island. 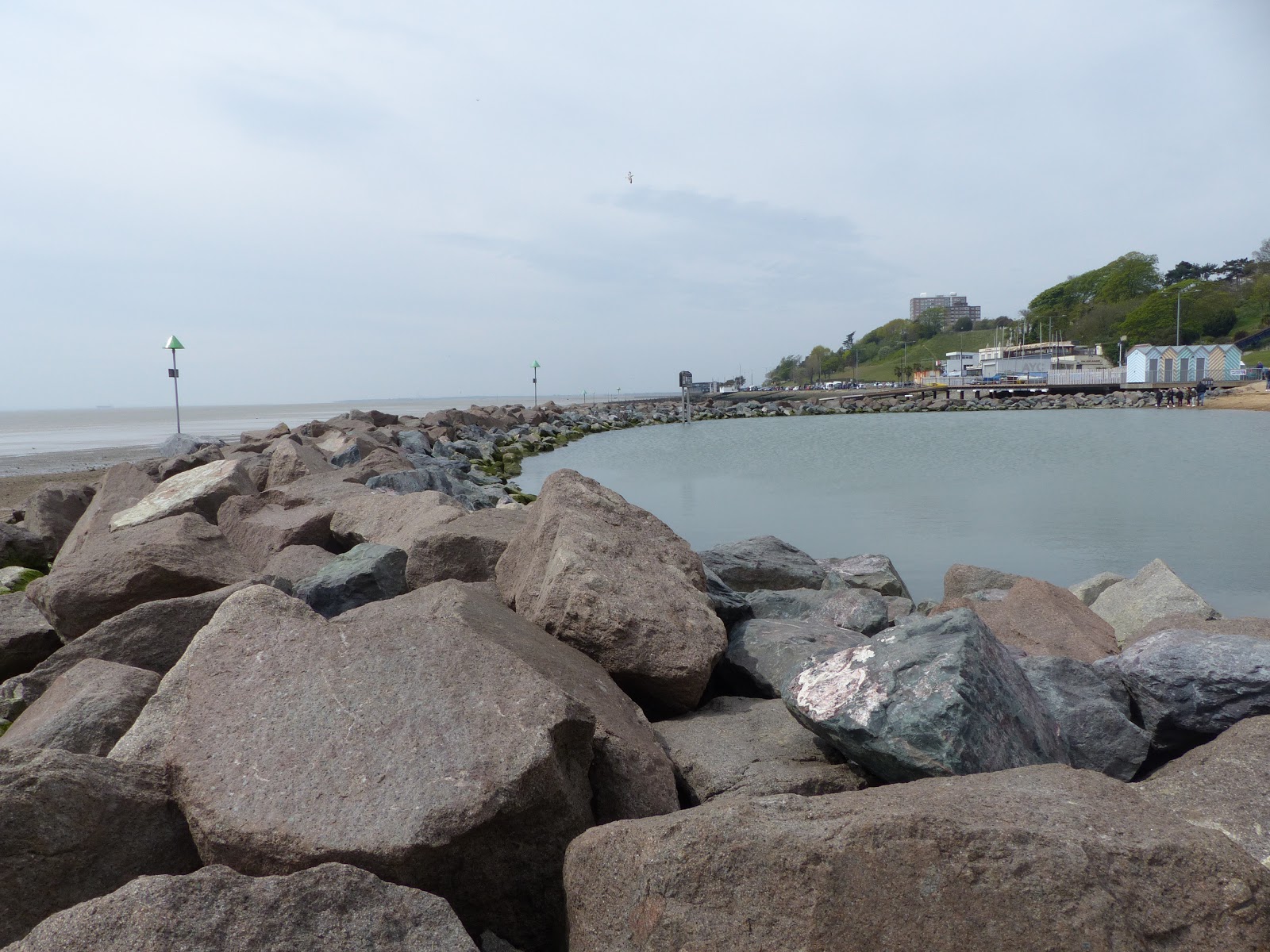 I, Jessica, have been to Southend several times when I was younger, been to Adventure Island a few times myself, but there was something I had never done and that was walk the longest pleasure pier in the world, and ride the train that was also available.

What I didn’t realise was that there was a fee, which I guess is understandable being such a big landmark in Southend-on-Sea. 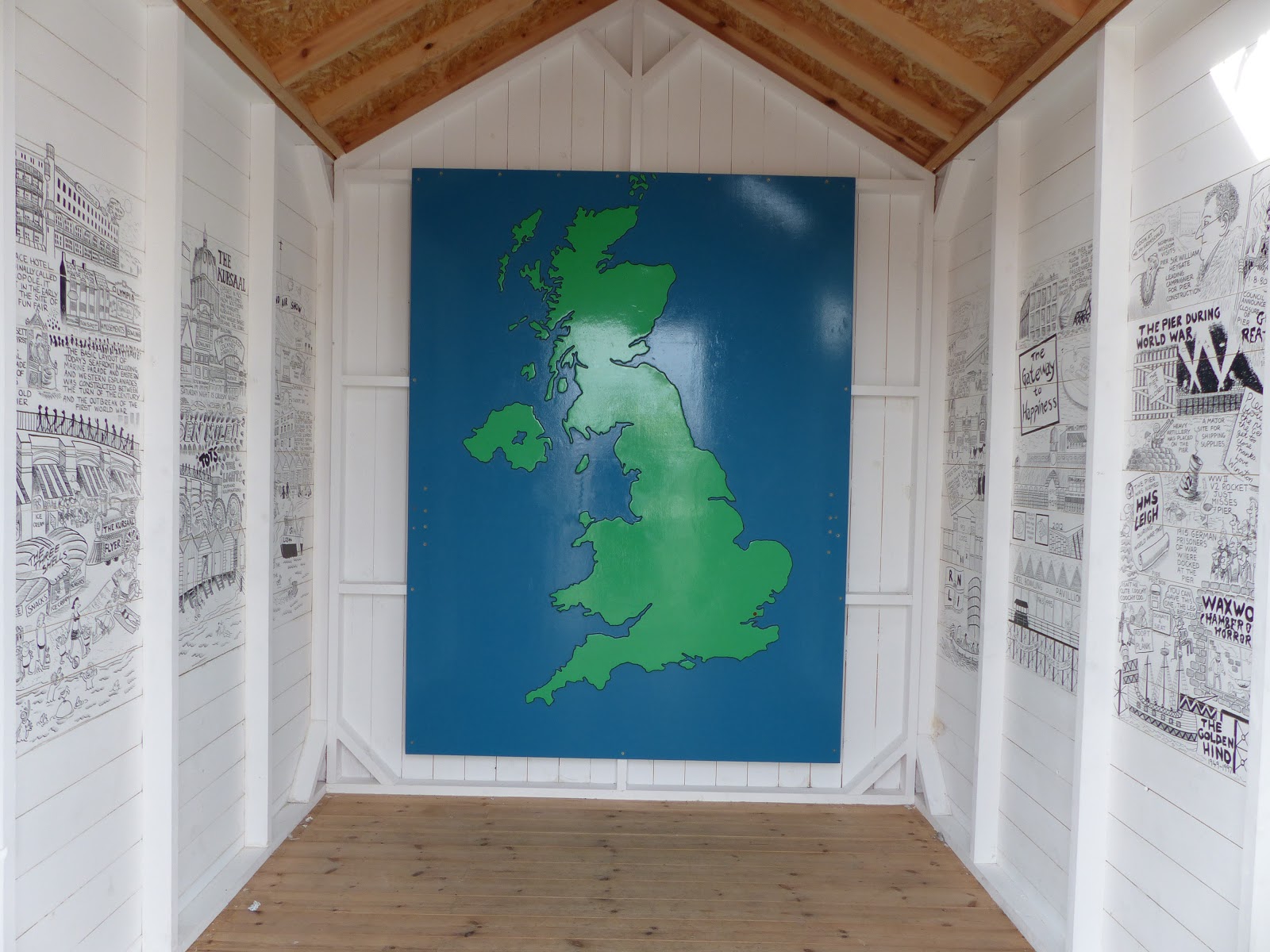 There were three different types of fee options: £5 for the train journey to and from the end of the pier, £4.50 for walking one way and getting the train the other or you could pay £2 for just to walk (or £1 if you’re a student)

We opted for the cheapest fee and decided to walk the 1.34 miles down the very super windy pier. 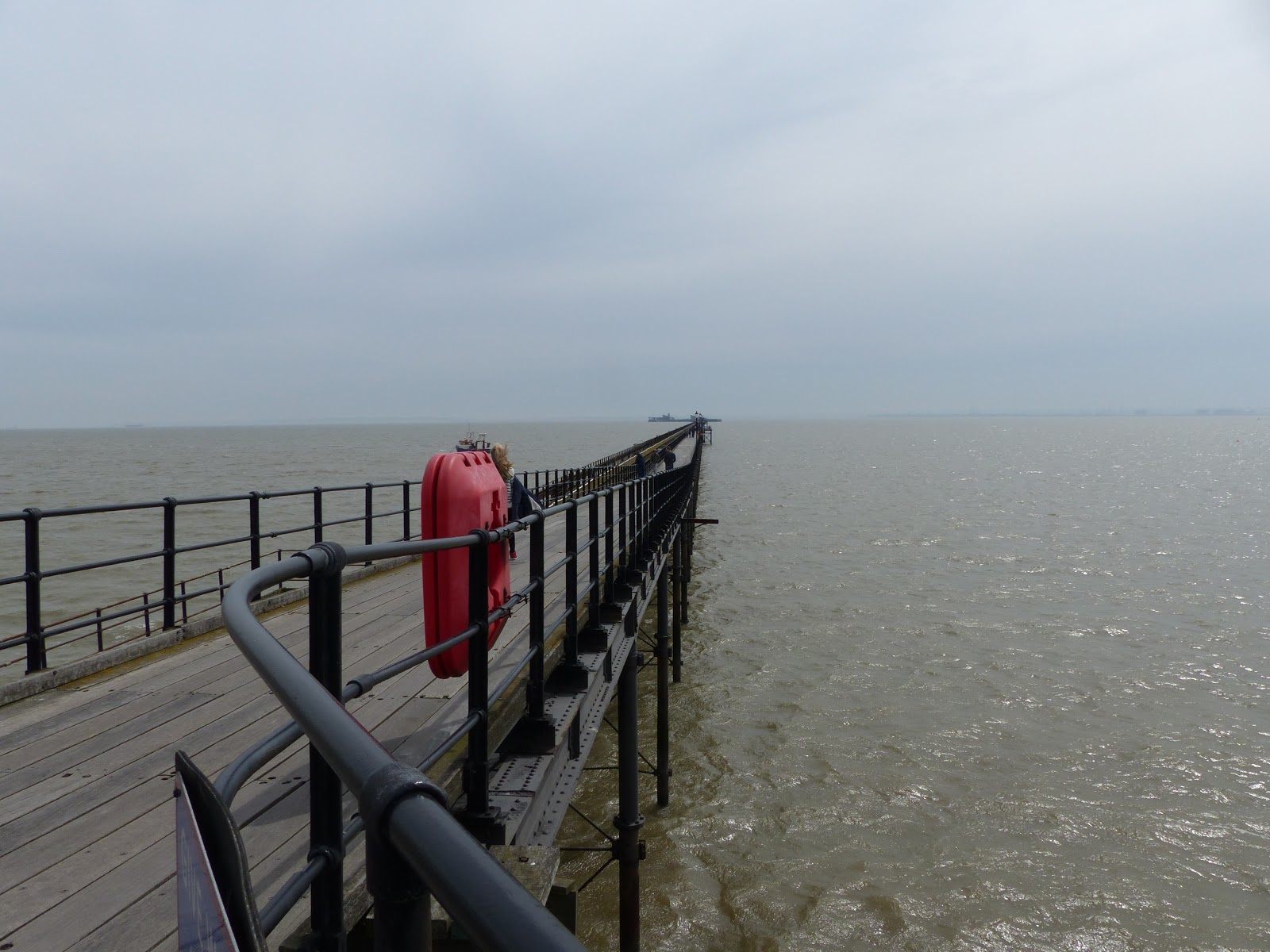 Once we got to the end of the pier, we were congratulated by a sign saying how far we’ve walked and we’ve made it. Finally. All we wanted after that was a big ol’ coffee and that is exactly what we did. Two lattes please. Very much needed!

To be honest, there wasn’t much to see or do at the end of the pier but we could imagine if the sun was shining a little more, it would have been nicer to stay out a little longer than we did.

I know we bought a walking ticket only, but it was so cold and we were exhausted that we agreed to take the train back (which we paid for the additional cost at the end on the ride) 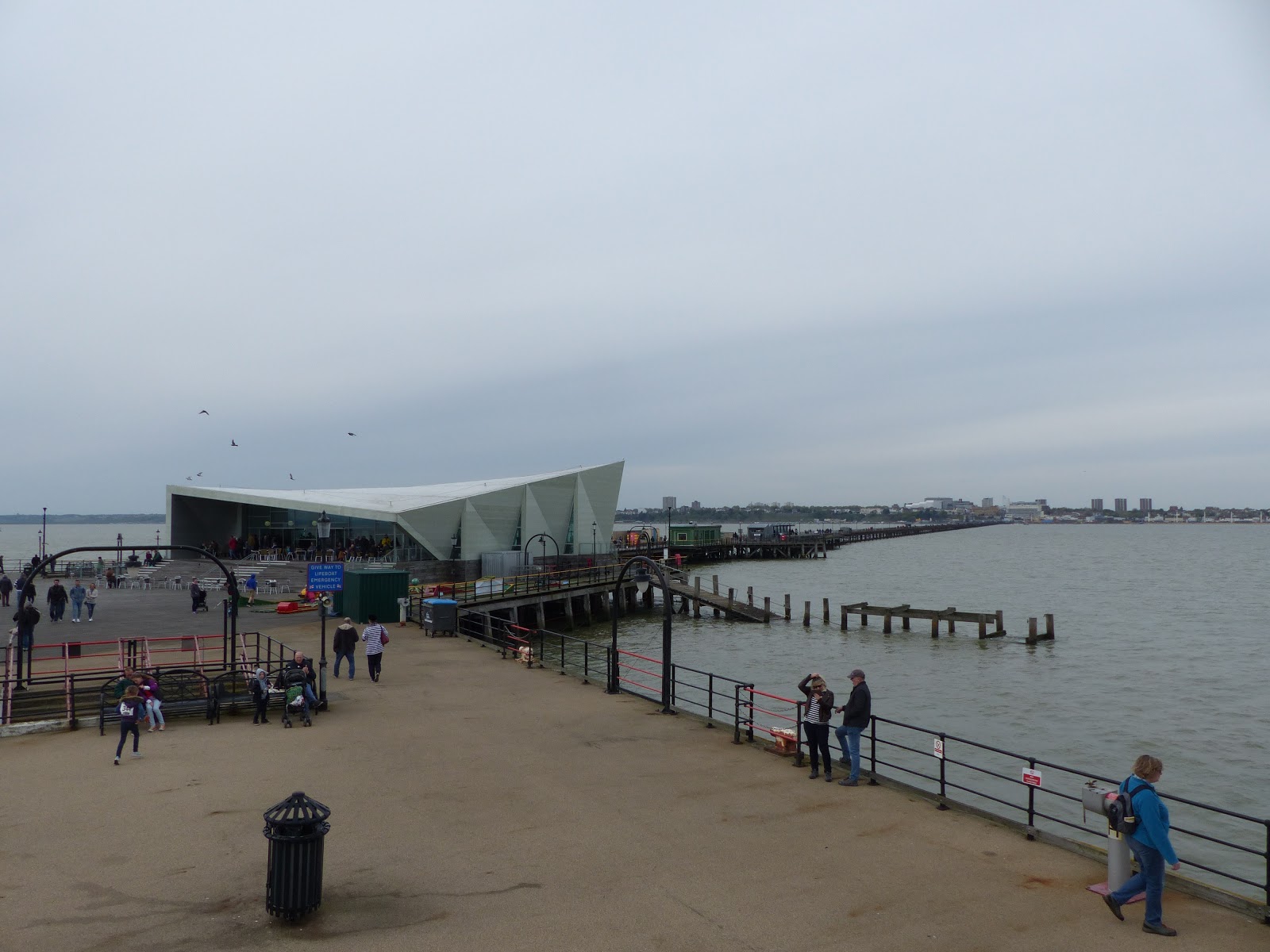 In the end, we attempted to find a recommended hot dog place, but sadly it has closed down, so we cut our little trip short and headed back to London Town.

It was a nice little trip away and to experience and see more of the world with each other – we will plan to come back down when the weather is looking more promising. We have vlogged our Bank Holiday weekend, so we’ll update that here when it is live.