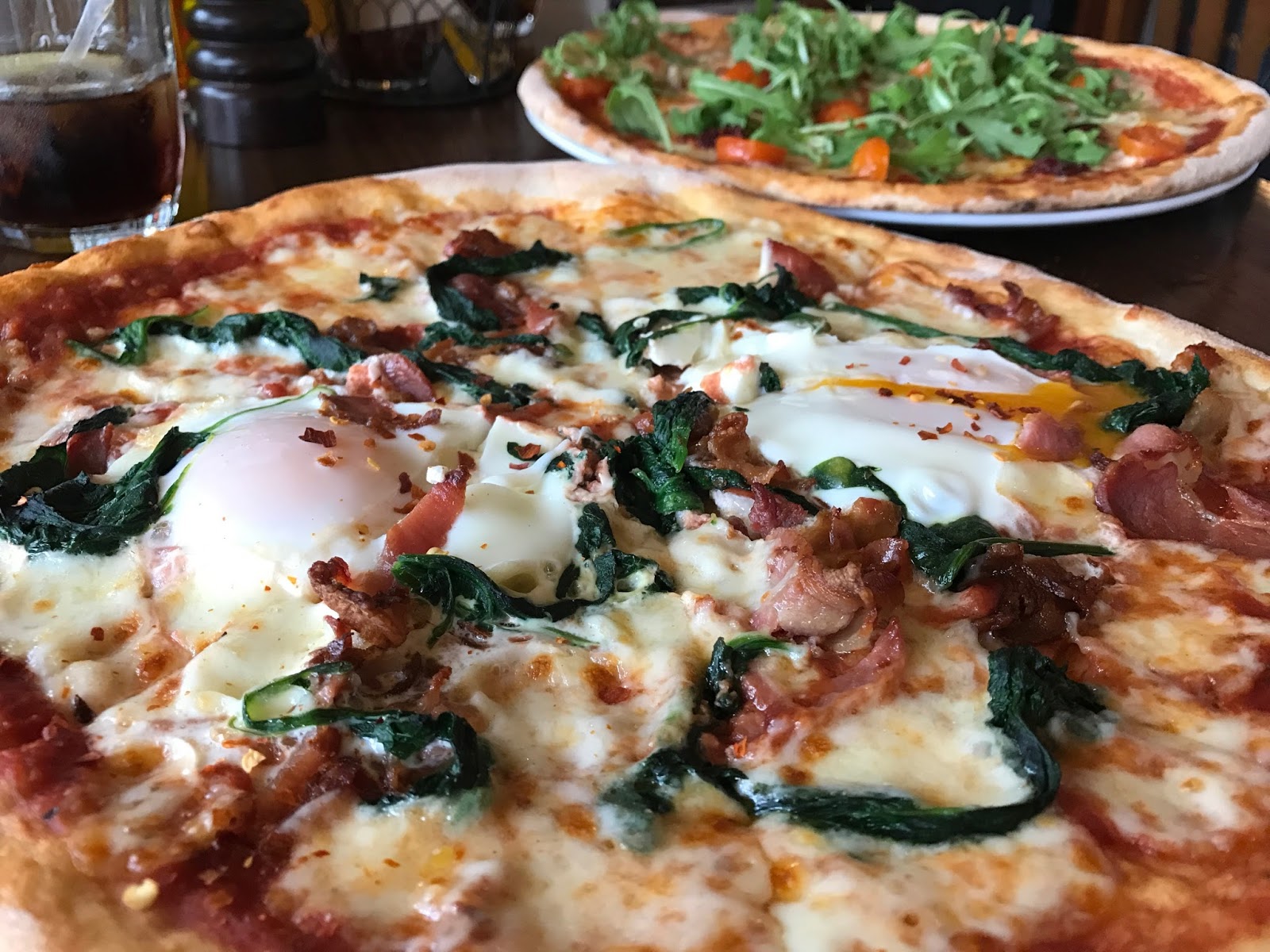 This Easter Sunday we made our way south to Clapham, as we were again privileged enough to be invited along to a new restaurant, this time, it was Coach & Horses. It’s a beautifully refurbished pub, specialising in great beers, stone baked pizzas, and doughnuts for dessert – so something a little different from your classic pub burgers and pies!

Before we had even set foot in the pub we, well I, James had delight wiped across my face as the Liverpool match was showing, and we got there just as they were kicking off! The screen that is big enough to to be seen across the whole pub shows just about all the sport that is worth watching, but it only began to get busy in there as we were leaving – Chelsea were on next. 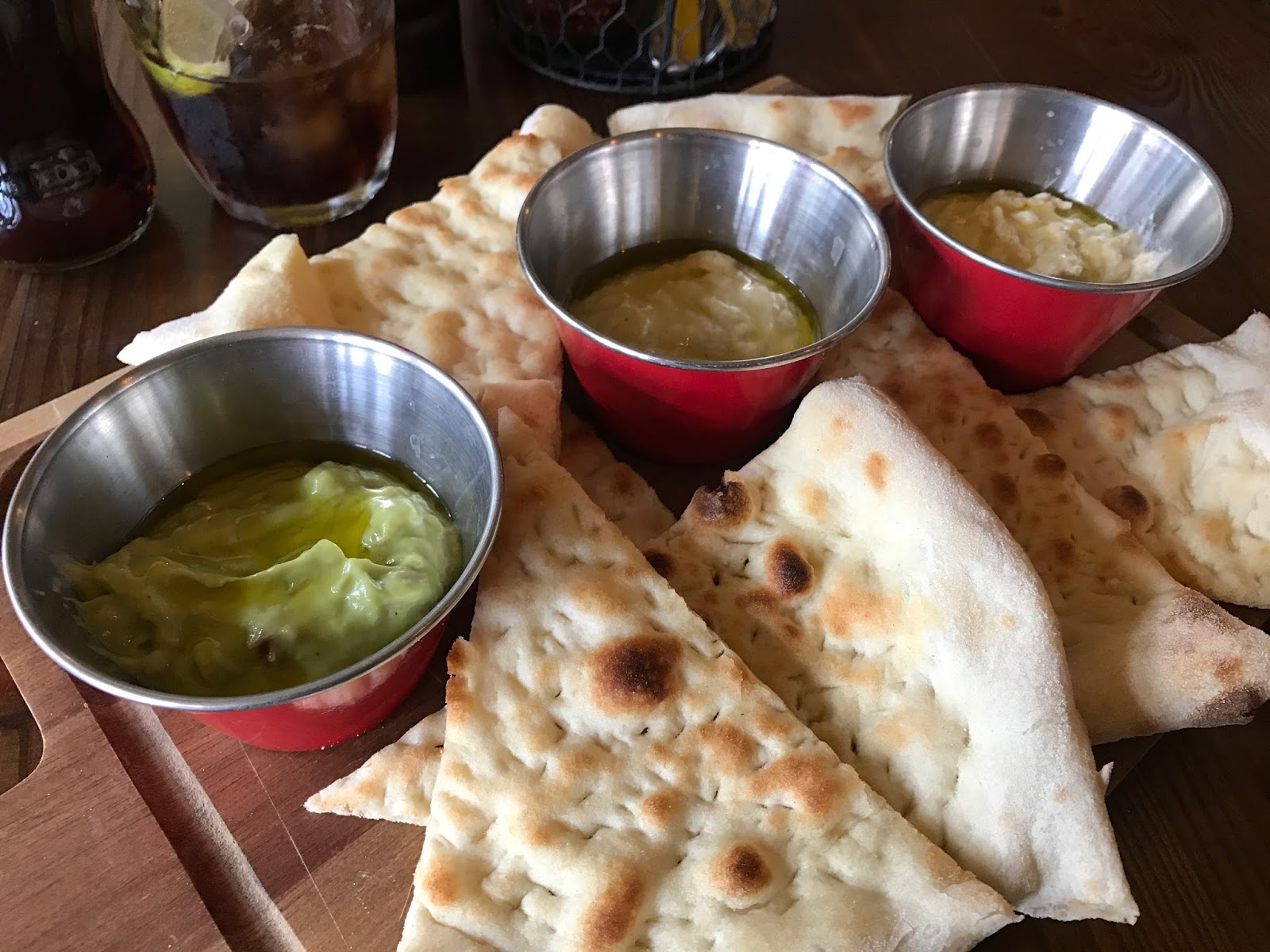 We were warmly welcomed and we found our seat in front of the screen. After opting for simple Diet Cokes to begin with, we knew we couldn’t leave without having a good beer with our pizzas later on. With them having a wide selection, most of which we hadn’t heard of before, never mind tasted, we were allowed to test a few before deciding.

We both went for IPA’s, mine a bottle of Brixton, and Jessica a third pint of Magic Six. Both were quite strong at 6.5%, but both very light and paired well with our pizzas. 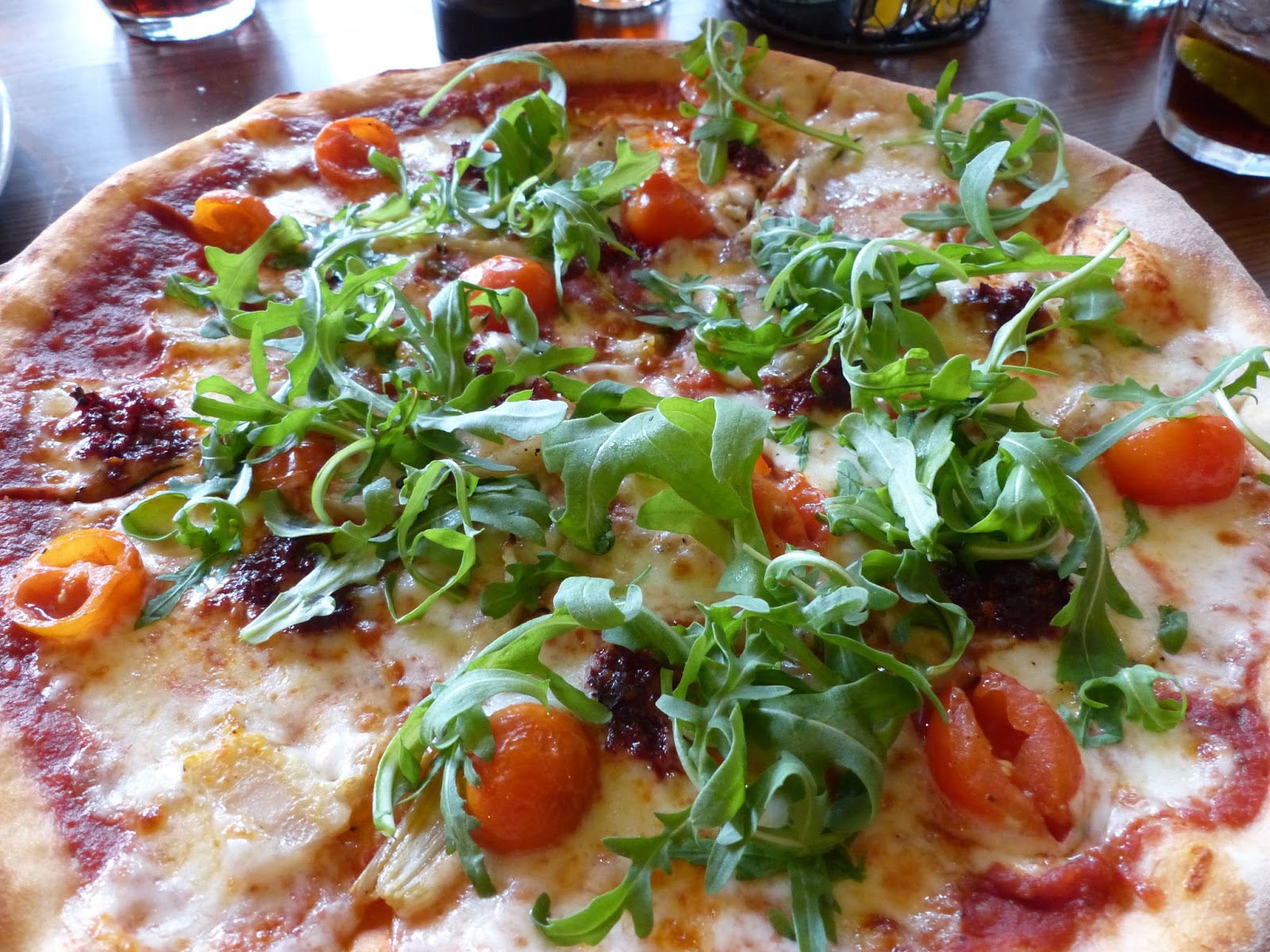 On to the food, and with planning to stay for the duration of the football, we also had the bar board starter which included garlic flatbread with healthy servings of three different dips. Of course, guacamole was the stand out but the baba ganoush and hummus, which we’re both not normally massive fans of, were also great! The bread held together well and had a crunch. It was just what was needed – the last thing you would want would be for it to crumble under the weight of the dips.

We felt the starter could’ve easily served 3 or 4, but we came with great appetites and we’re excited for the pizzas to arrive! I went for my favourite nduja, but Jessica went for something that would be new for us, and that is having a baked egg on the pizza (it was Easter after all!) 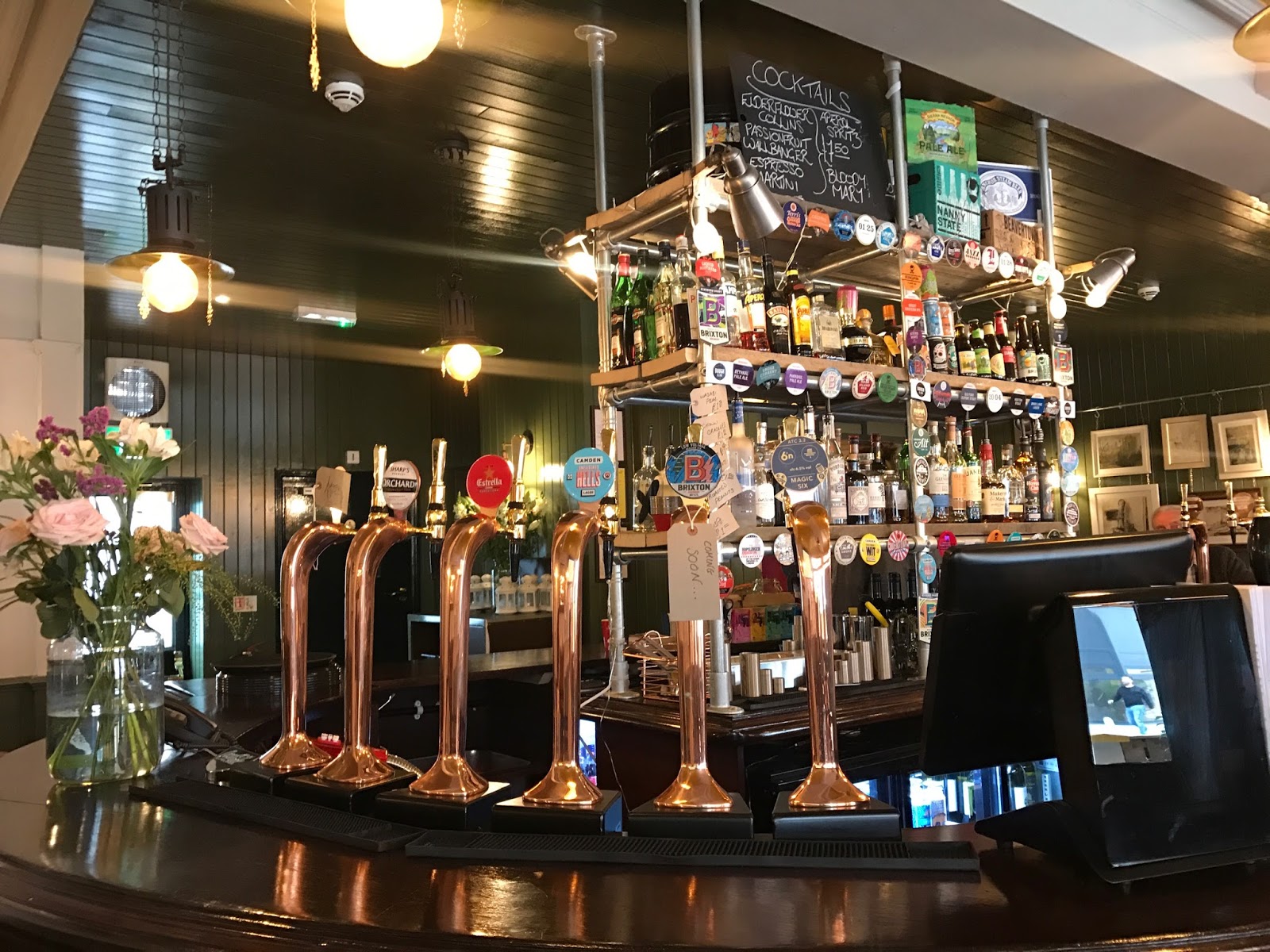 Mine was perfectly spicy and Jessica’s egg was perfectly cooked so it didn’t run too much and ruin the base. The fiery chilli flakes gave it the needed added kick and of course the bacon complimented everything else so well. So far, we couldn’t find anything to fault at all, but yet, the best part was still yet to come! Bring on dessert…

It’s not often that restaurants serve doughnuts for dessert, so regardless of where we were, we probably would’ve gone for them anyway. But doughnuts are actually the only dessert item on the menu here. We imagined to have more doughnut balls with pouring nutella, so it was a great surprise when these beauties landed on our table (we’re just glad we shared!) 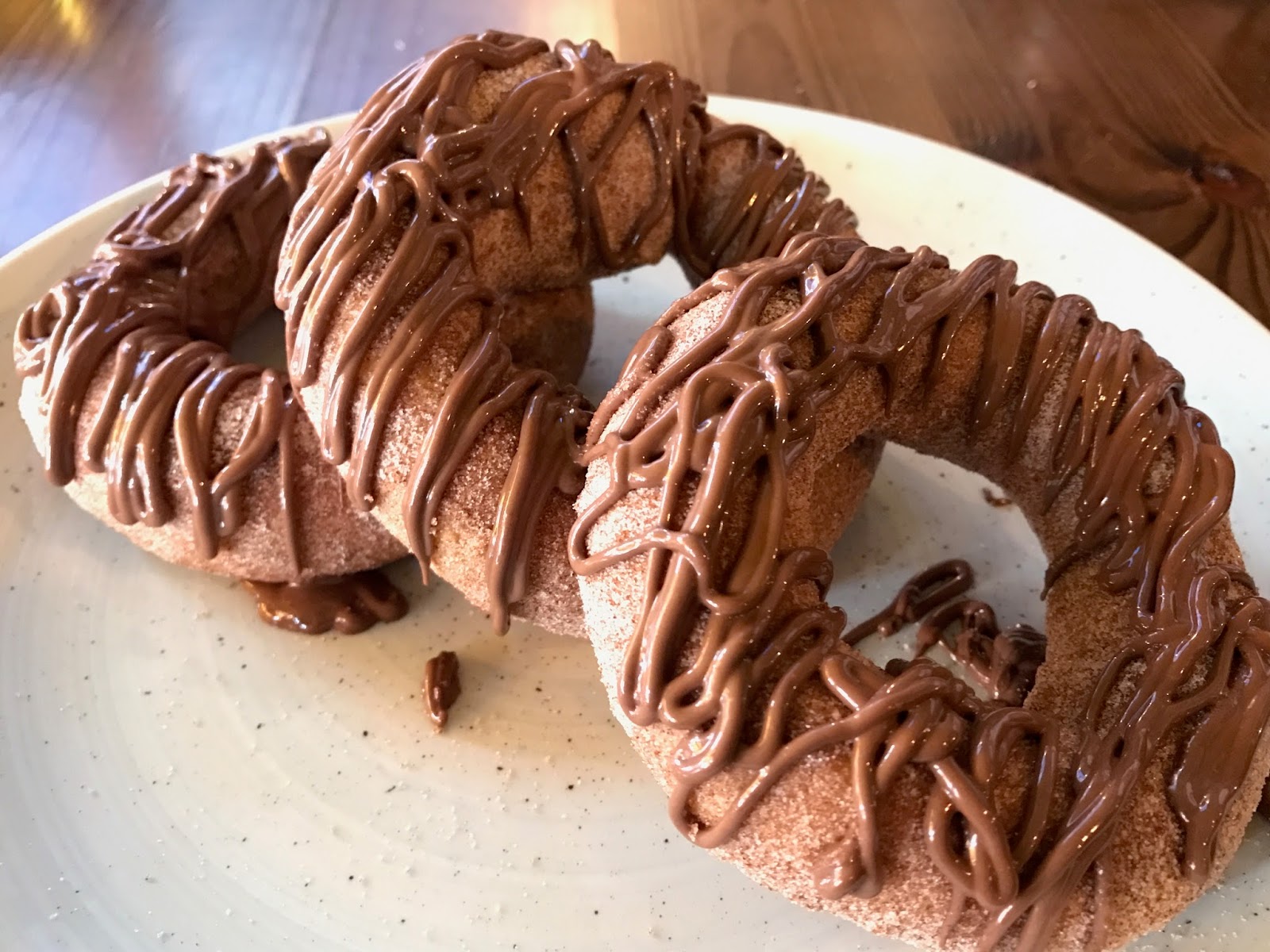 They were so messy – especially for me who is quite an erratic eater at the best of times! It did require a wash of the hands afterwards but they were so worth it! The covering of Nutella and cinnamon was enough for the doughnuts themselves to be plain on the inside as every mouthful was so tasty.

Overall we fully recommend Coach & Horses for anyone in South London (or further) if you fancy seriously good pizza and beer. Although the sports screen is a bonus for people like me, it by no means dominates the atmosphere – Jessica commented she would be more than happy to come here to enjoy a good lunch with the sport on in the background.

Top pizza + top beers + Liverpool win = fantastic start to Easter Sunday! Thank you so much to Coach & Horses for having us along.

Disclaimer: we were given complimentrary meals in exchange for a review, but as always, all photos and options are our own.