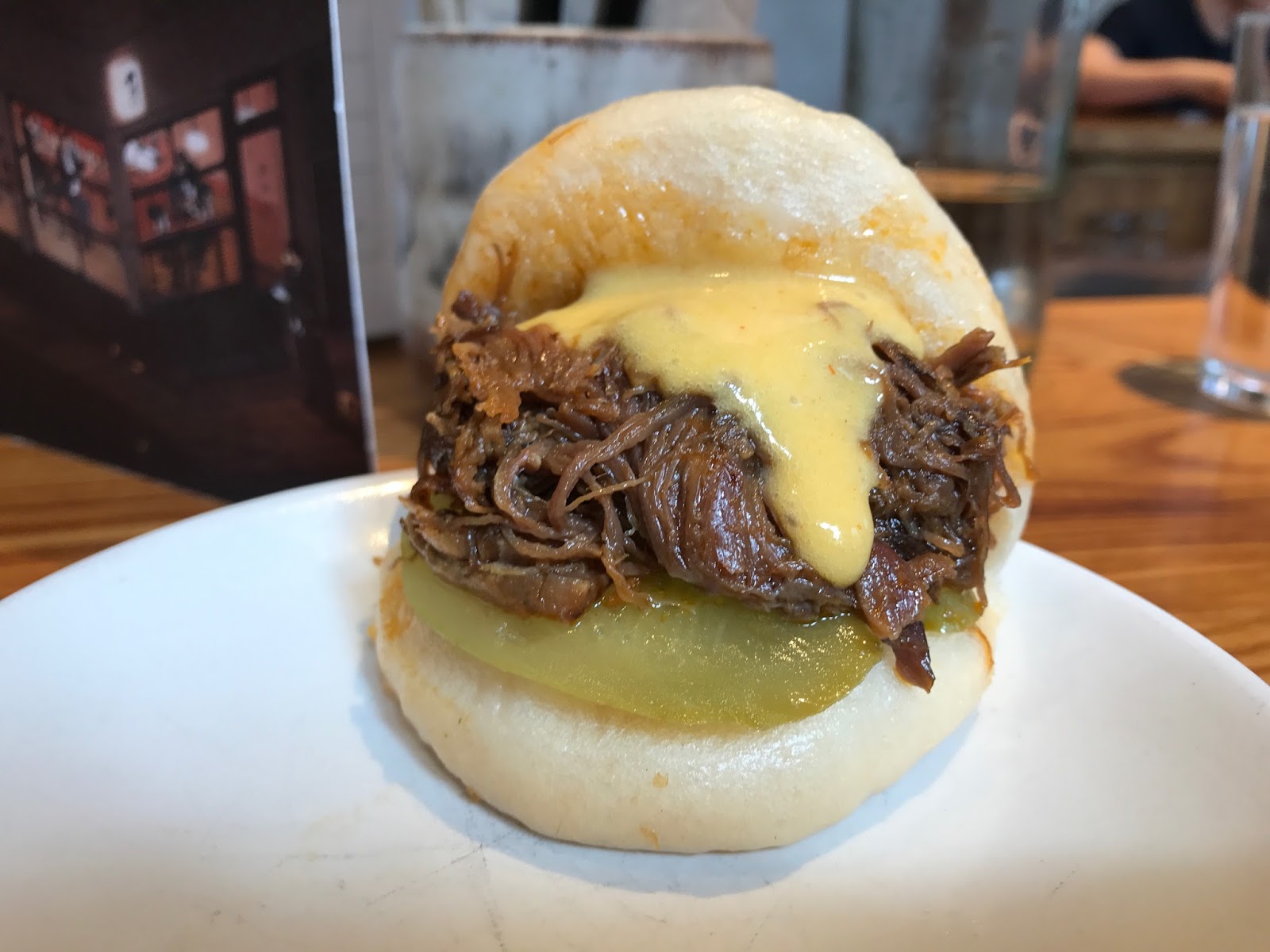 The long awaited BAO experience! If you, like us, have walked passed the Soho branch just off Carnaby Street and watched people stand across the road waiting for the magical spot inside that small but apparently worth it BAO restaurant, wondered what delicious treat had got everyone willing to wait for ages outside. Of course we had to try, but over the cause of some attempts, we just couldn’t justify waiting in such a long queue.

We were tipped off from a friend of ours that they’ve heard they’re other branch in Fitzrovia was much quieter, we were sceptical but on this day we were in no rush and had decided to take a nerve-racking cycle into Central London, we thought we’d give it a try and treat ourselves to a little something. 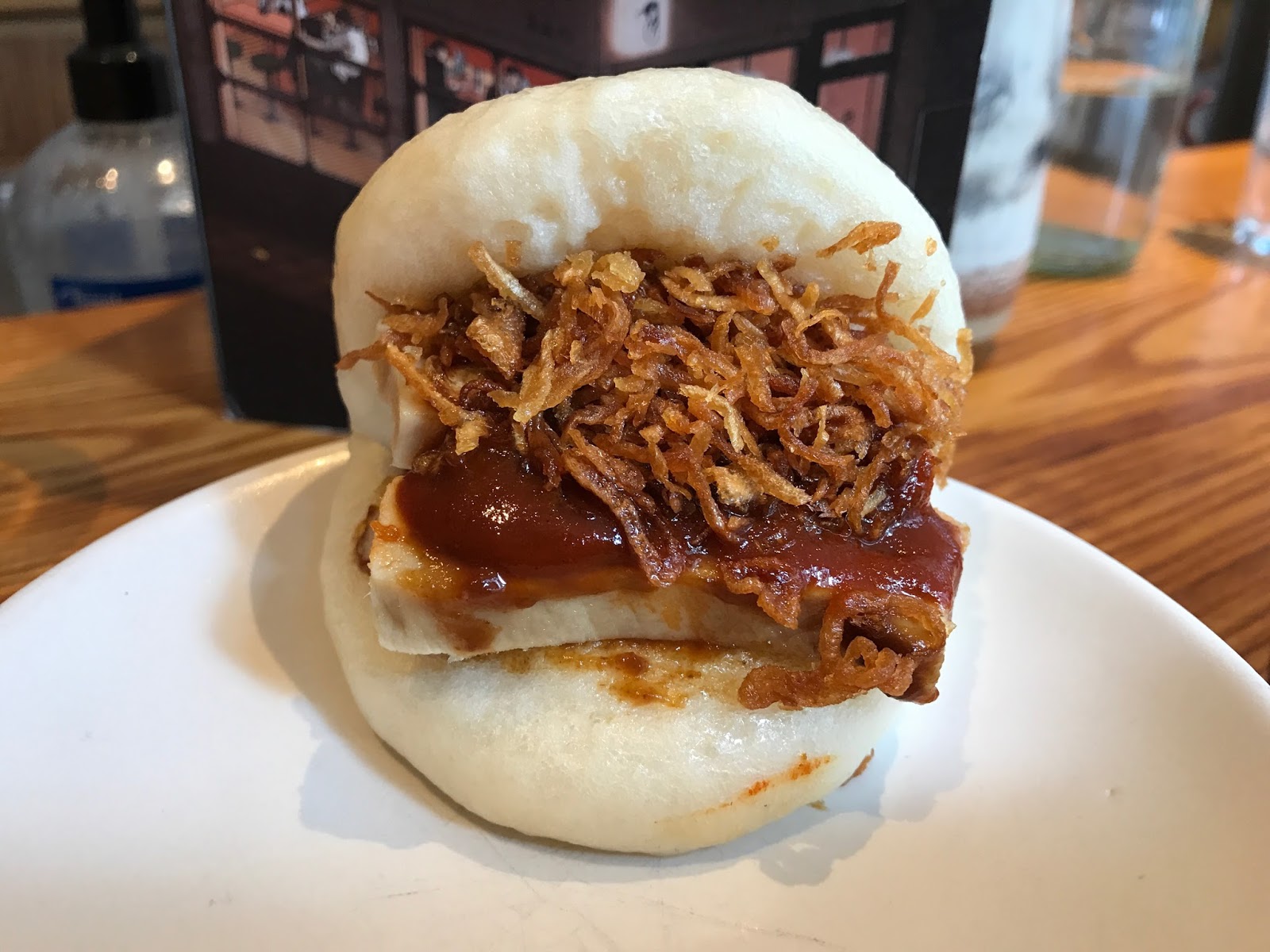 To our surprise, especially on a Saturday afternoon, there were exactly two spots for us upstairs on their bar-like seating area. No waiting, no queues outside, it was perfect and we were so excited!

Once we were seated, we were handed out menu, which you fill out yourself, marking with a pencil of which item and the quantity of how much you wanted of each. With it being our first time, we had no idea what was what or anything. We were never asked if we’d been here before (yet the 4 girls beside us who came in after got asked..) even with trying to get their attention, we gave up and decided to wing it.

I, Jessica, wasn’t too hungry, so we opted to just try and share a BAO each and share a rice bowl. All dishes arrived in good timing, the two BAO’s first, followed by the rice dish. Don’t let the picture fool you, they were smaller than we had expected, but nevertheless so tasty and we could see why they were so popular. The rice bowl was just as good, so much flavour in such a little bowl. 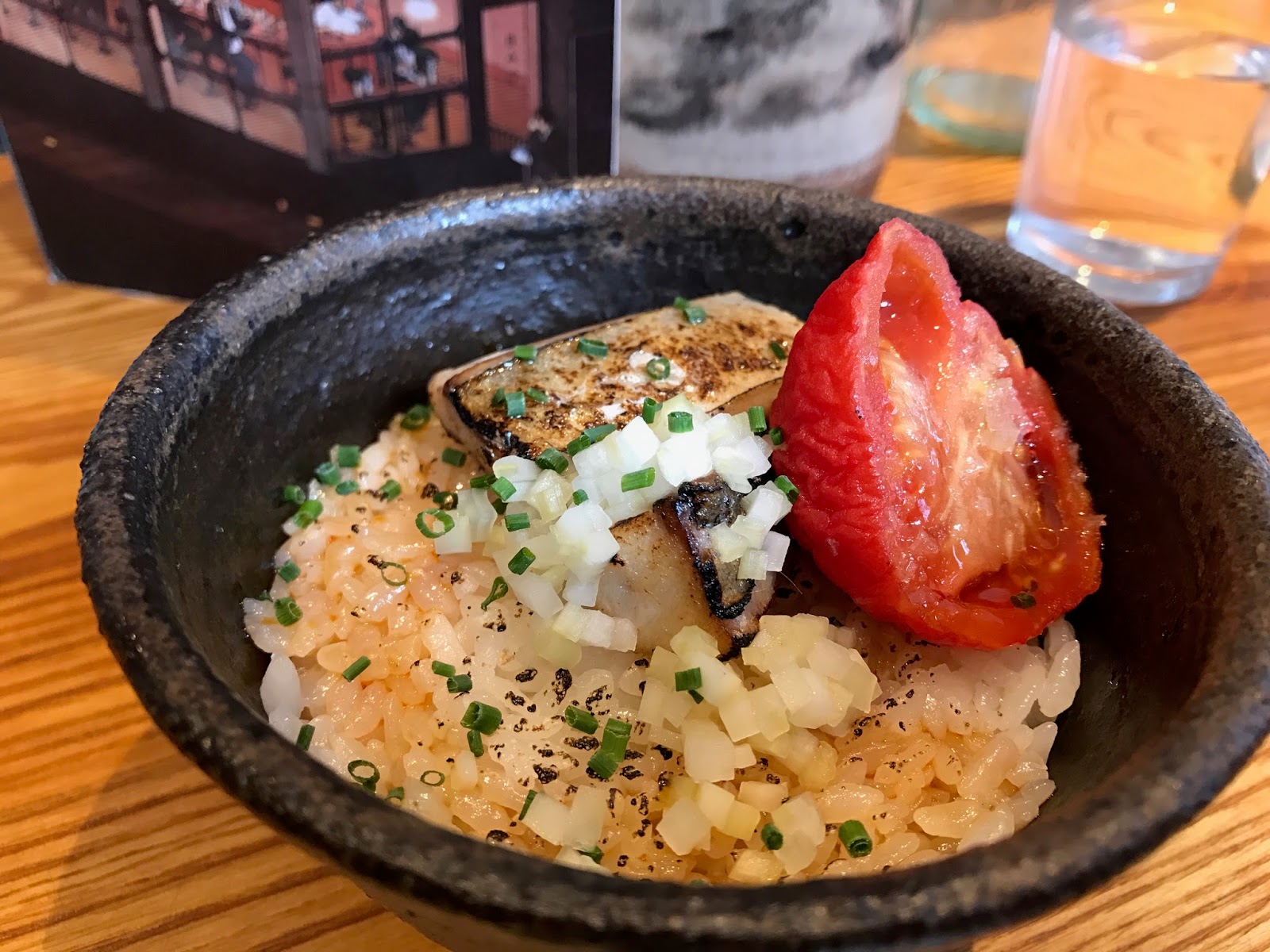 If you’re looking for a quick bite to eat, nothing too much, we would recommend it but if you’re super hungry and on a budget, this wouldn’t be the place for you as we mentioned the portions are not as big as we thought and although one is decent price, if you were to get enough to fill you, we don’t imagine it would be a budget meal.

Overall, we’d love to come back and try more on the menu, especially of the BAO’s themselves, but as you know service if very important to us, we didn’t feel we had any attention at any point of our visit. Regardless, we’d love to visit the other branches in the future.