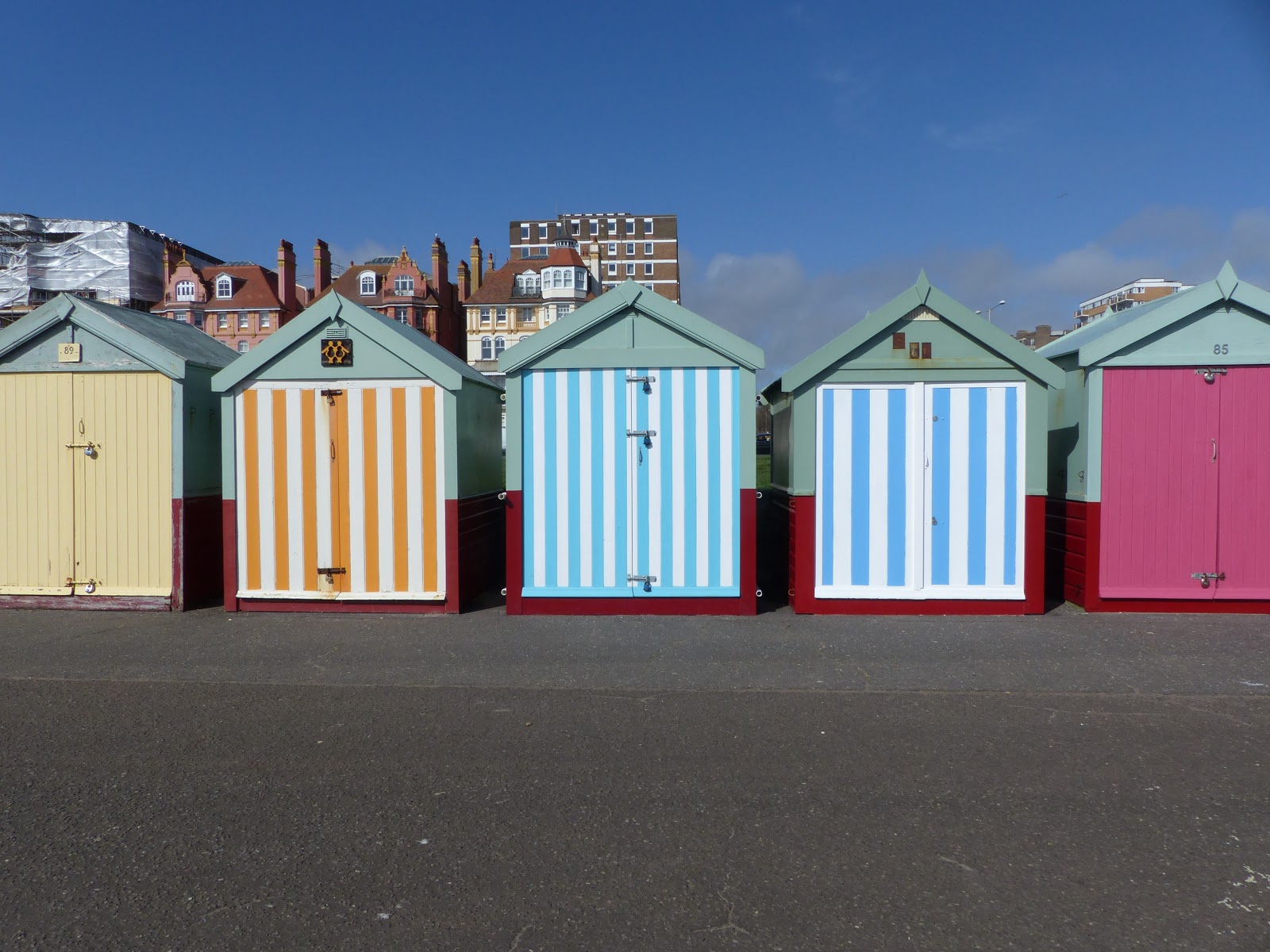 On Saturday (01/04/17) we took another spontaneous trip to Brighton. Another one, you say? YES! Brighton is not that far away from London, quite cheap too (with a rail card of course) and we thought, why not? Pay day treat some may say? Or simply because we wanted to find the Brighton huts for the longest time.

We’ve been to Brighton a few times now and we haven’t gotten bored of it yet, the weather was looking good and if you’re from the UK, you know it’s rare, so we took advantage of that and book our tickets the night before!

Of course with the many Brighton food bloggers we follow and being food bloggers ourselves, we knew exactly where we wanted to go when we arrived.

Due to saving for our travels, we have to admit we didn’t go all out with food but nevertheless, good food. Our first stop was Cafe Coho, which you can read about here. 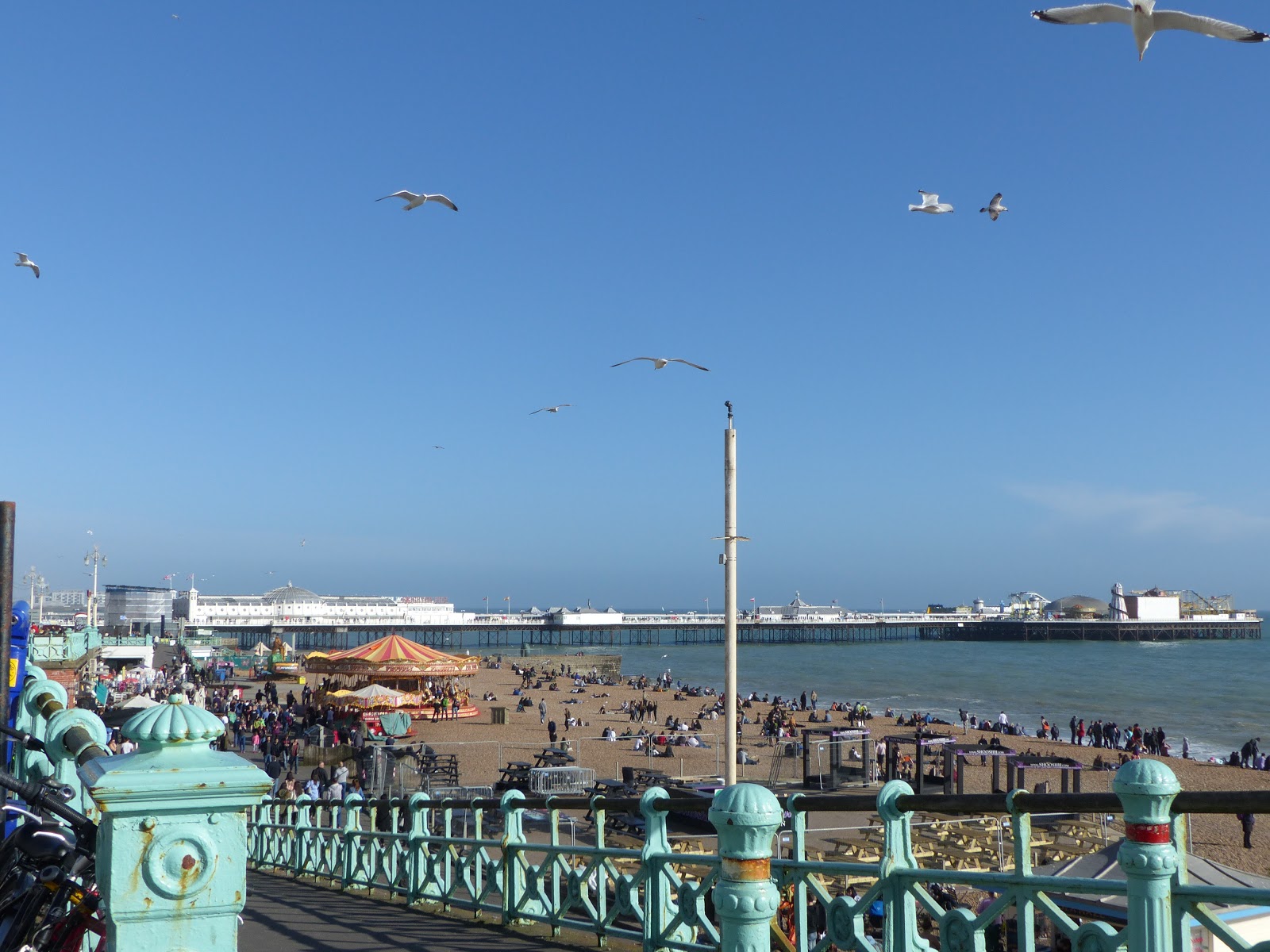 Then funnily enough, we heading straight for the pub to watch the Liverpool v Everton match (James is a Liverpool supporter you see) won’t bore you with that but hey, Liverpool won, James was happy and I was happy to be in Brighton.

Next we conquered the 30 minute walk (I know it’s not that long but it was a possibility that we were going in the wrong direction) to find these famous Brighton & Hove Beach Huts.

The walk wasn’t bad at all and who could complain with some light breeze, sun shining and the sounds of the waves crashing. At this point we realised we hadn’t walked this far in Brighton before, so it was a nice little adventure for us.

We’re not going to lie, it’s not that we were disappointed, but we were expecting more variety of designs on these huts. Most were plain colour, some had stripes but none completely out there. Not that we would like to compare (but we are) if you ever googled “Brighton Beach Huts” you’ll also see the Australian ones and they are woah, as I, Jessica have seen them first hand in person, I was a tad underwhelmed by the lack of creativity here in the Brighton Huts UK, but it’s not to say we didn’t have a mini photo shoot in front of the ones we liked! 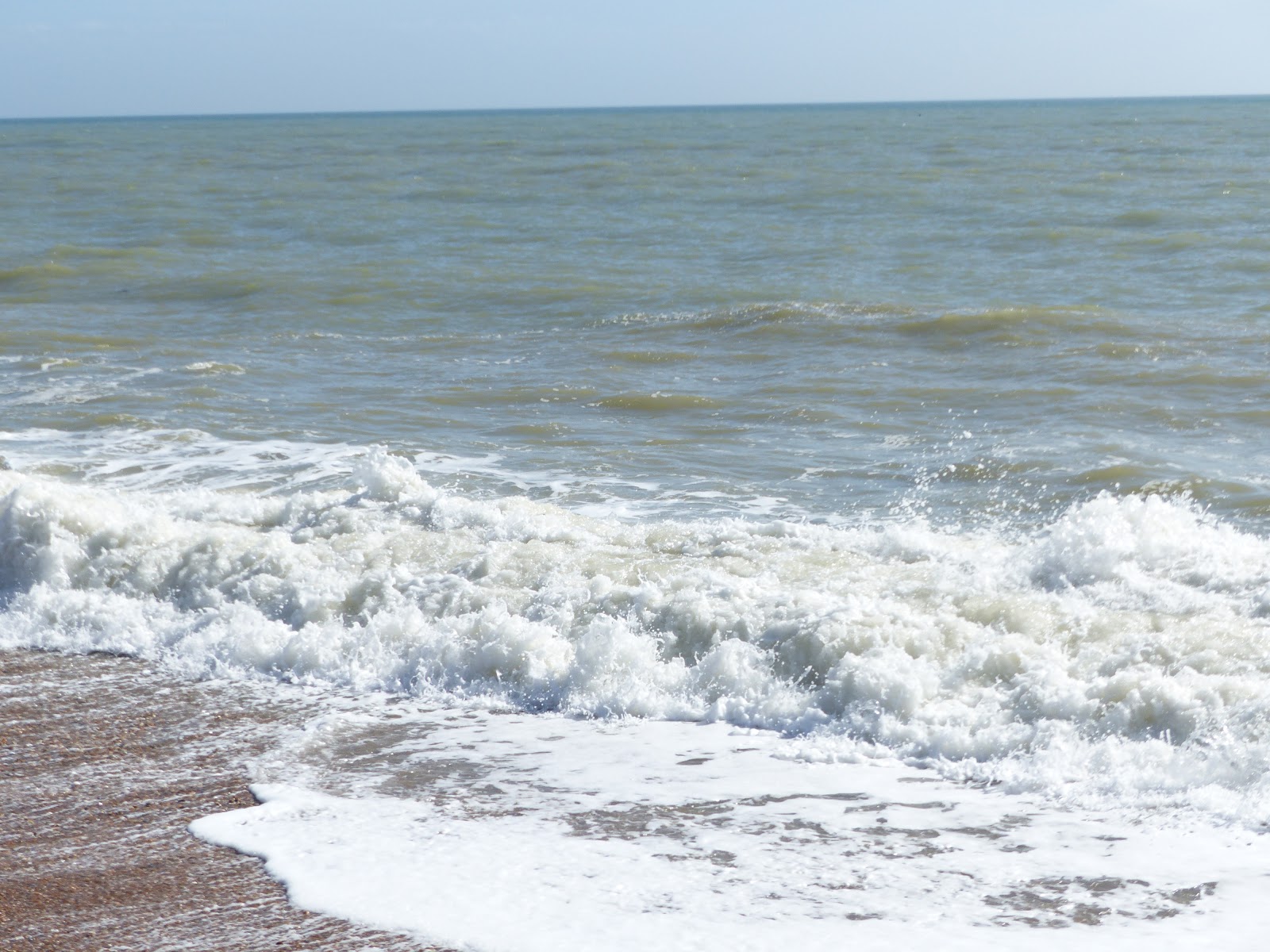 We’ve been there once before, which you can read about here, but this time we attempted to go to the other branch to get the carrot cake but the line was way too long and we were impatient, so we went to the other and opted for Lychee Mint, White Choc Passion Fruit and Peanut Butter and Sea Salt Caramel. Can’t really complain can we?

Heading into the the city mall, we decided to purchase a few bits from Home Sense as we don’t have one in London and some from Tiger (which you’ll see in our upcoming foodie posts) 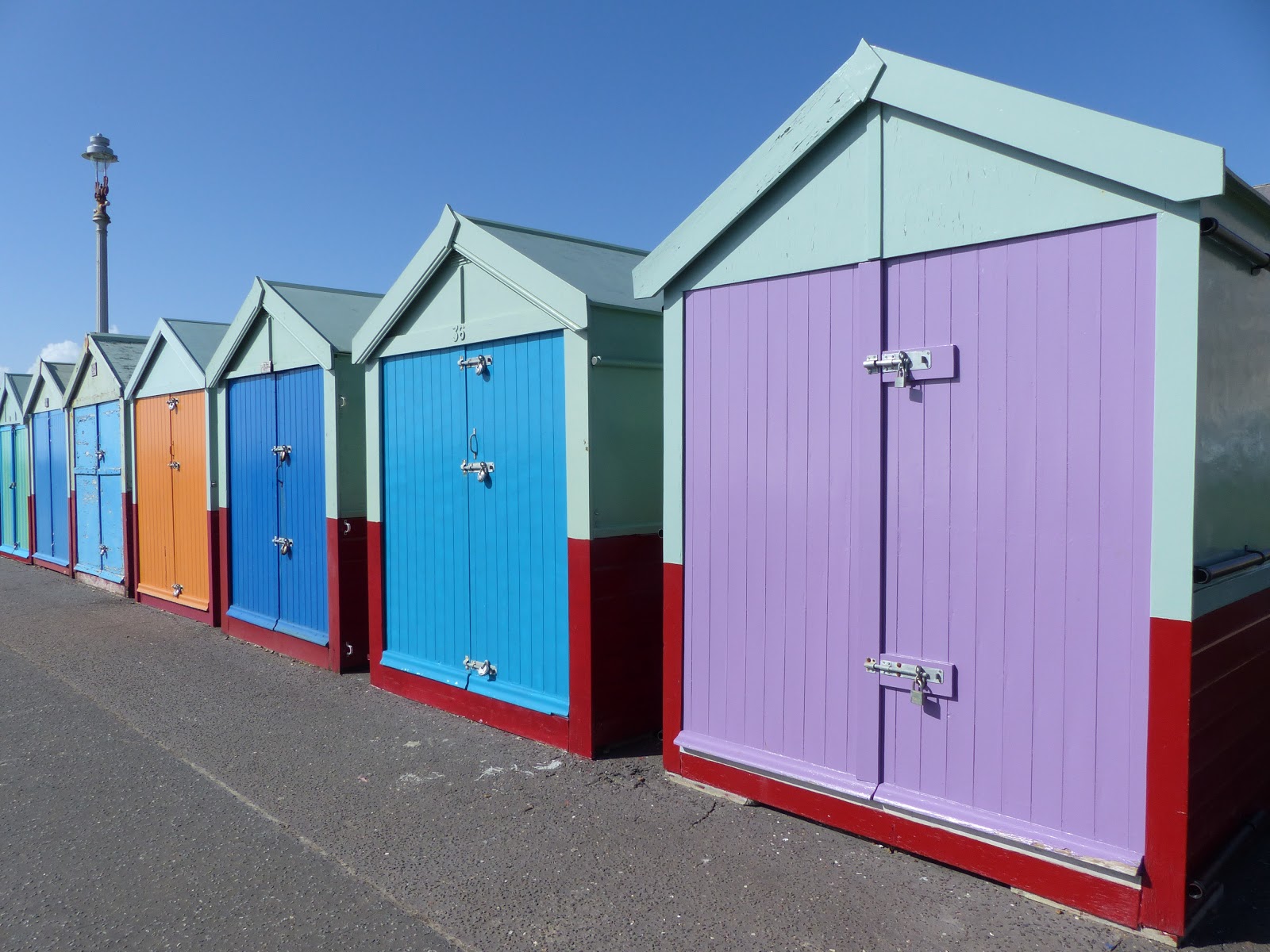 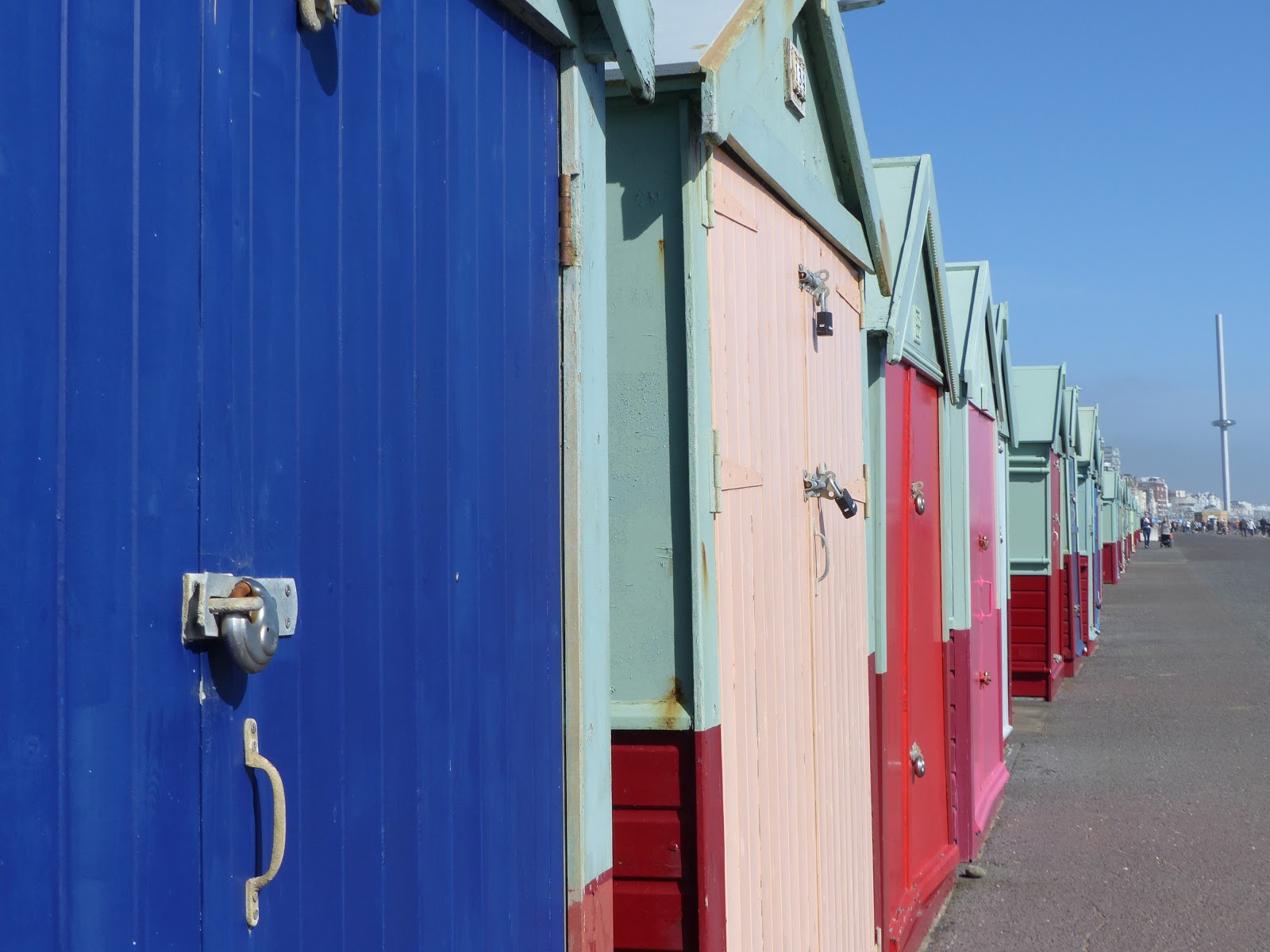 So as the day comes to an end, which we thought anyway, en route to the station, I spotted BeFries and remember that our foodie friends Jess & Josh had mentioned this, we decided to catch the next train, which you can read about here.

And half an hour later than planned, we jumped on the train home back to London. It was a lovely day trip and I’m sure we’ll be going back again and again.

Have you been to Brighton? Where or what should we do next?