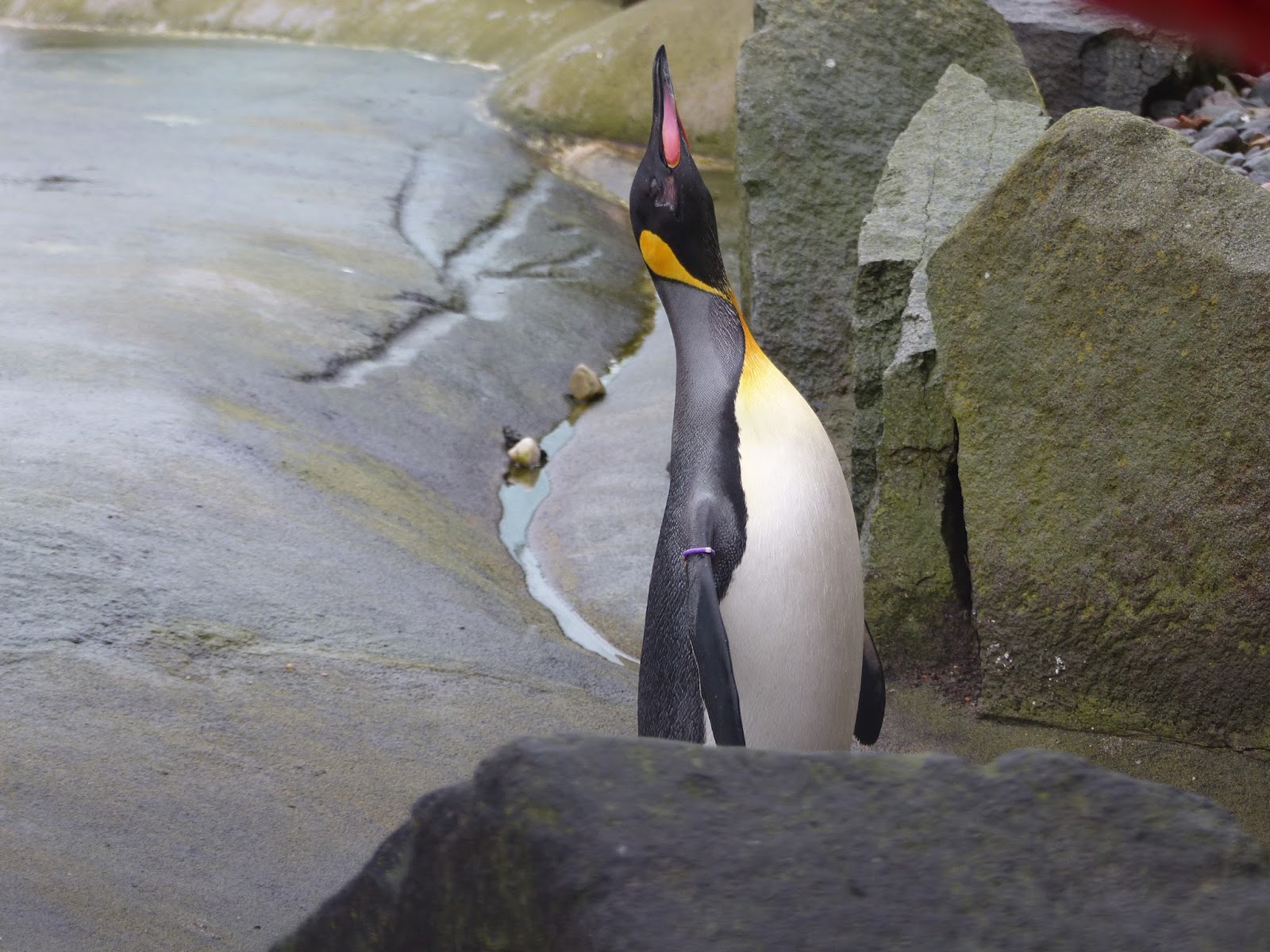 The weather wasn’t looking too great but luckily the umbrella wasn’t needed in the end, despite it raining previously in the day. We did come prepared for this, it is Scotland after all!

Upon arrival, we were greeted and given our entrance tickets and also tickets to see the Giant Panda Exhibition. Edinburgh Zoo is home to the only Giant Pandas in the UK, so it was made extra special by that fact. But we’ll get to that a bit more later… 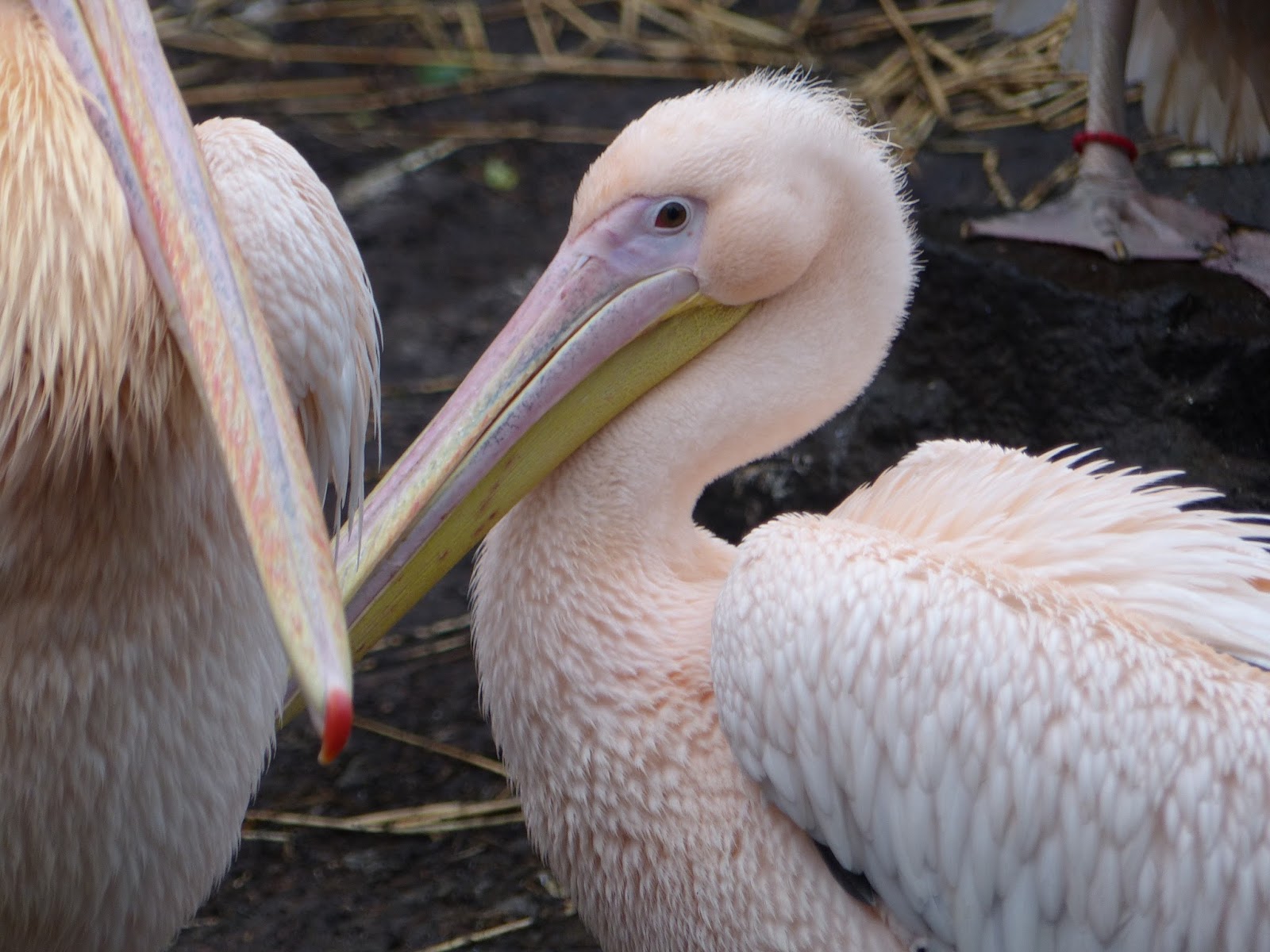 The first animals we saw were the Meerkats, but as you can imagine due to the weather, they were all tucked indoors, but still visibly cute through the glass windows.

We then came across the Pelican walk-through, and then on to the Painted Hunting Dogs, who turn out to have a lot in common with me! (see below photo) 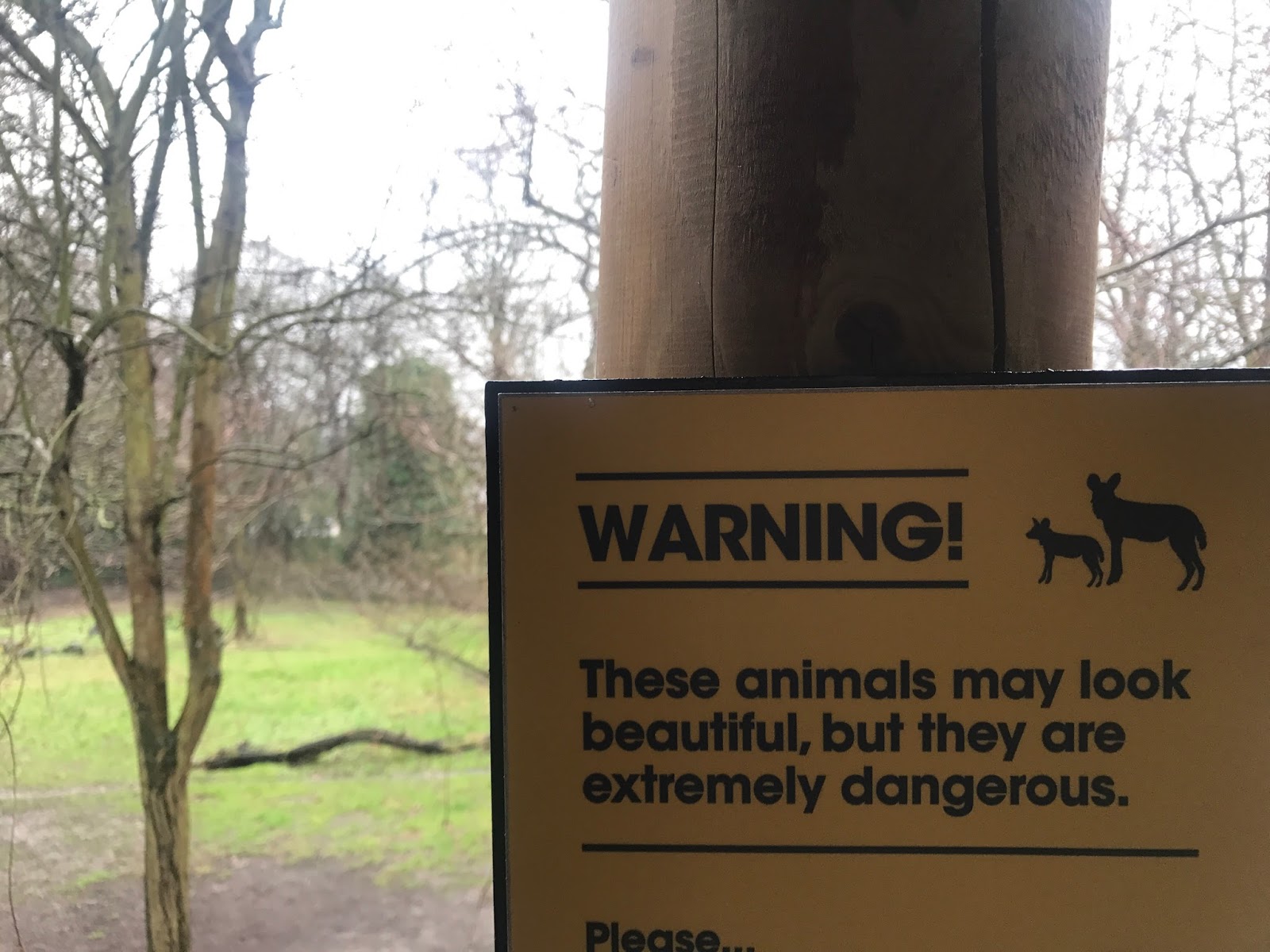 So if you don’t already know, I love Penguins. Not quite sure why, but they do have a certain appeal. So you can imagine the feels I had when we came to the Penguin Rocks! Sadly they weren’t swimming in the water, but they were all up on the rocks. They’re just there chilling, so cool! How could you not love them?

The king penguin in the photo at the top on below, is the world’s only knighted penguin, Brigadier Sir Nils Olav J! 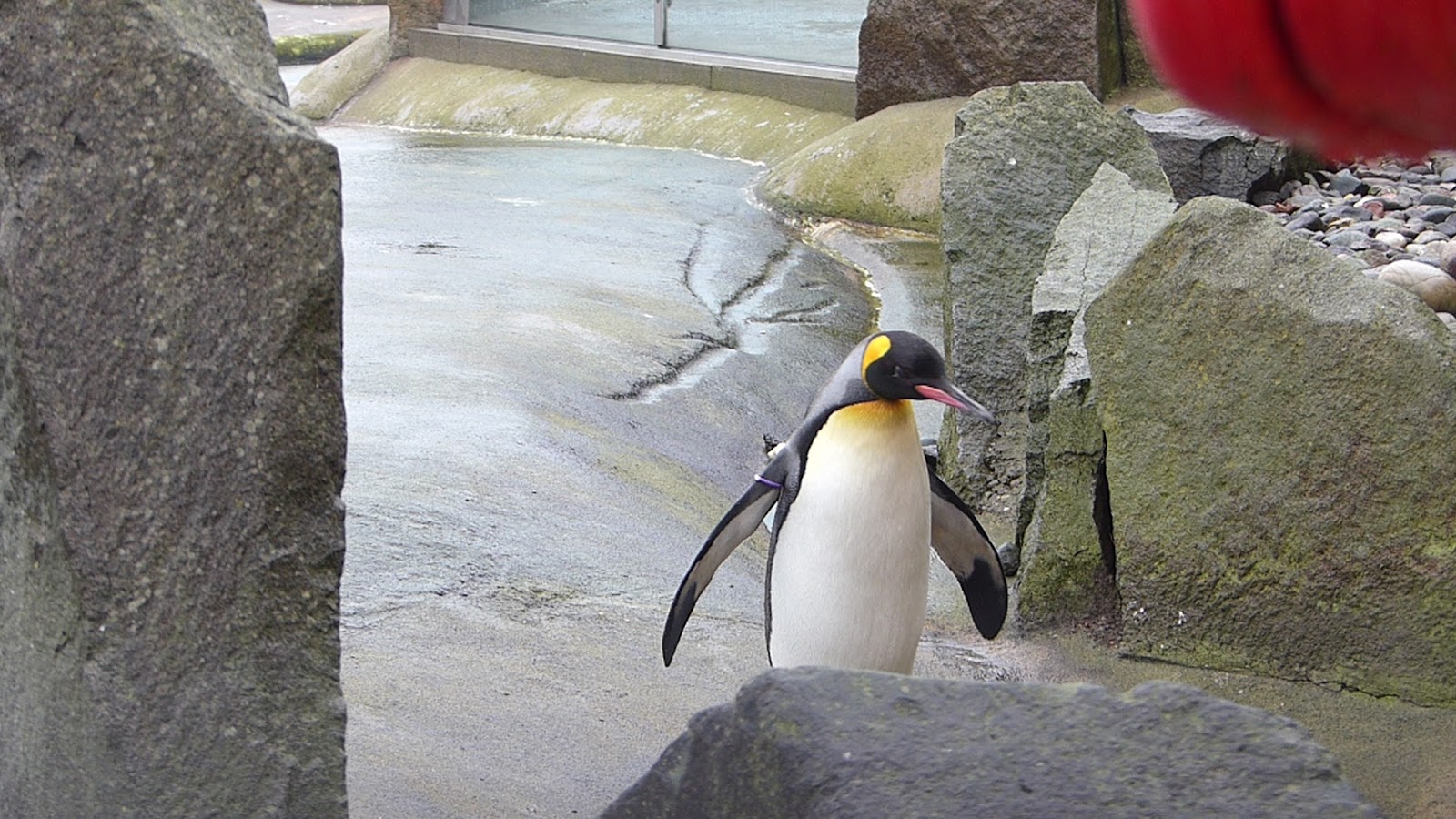 Koala Territory, far from their natural habitat in this glum weather, but it was James’ first sight of a Koala so it was another highlight of the visit. The information boards are often have a funny side to them which is always great to read. This cute Koala apparently has a feisty streak and can get fidgety when handled (again like me!) 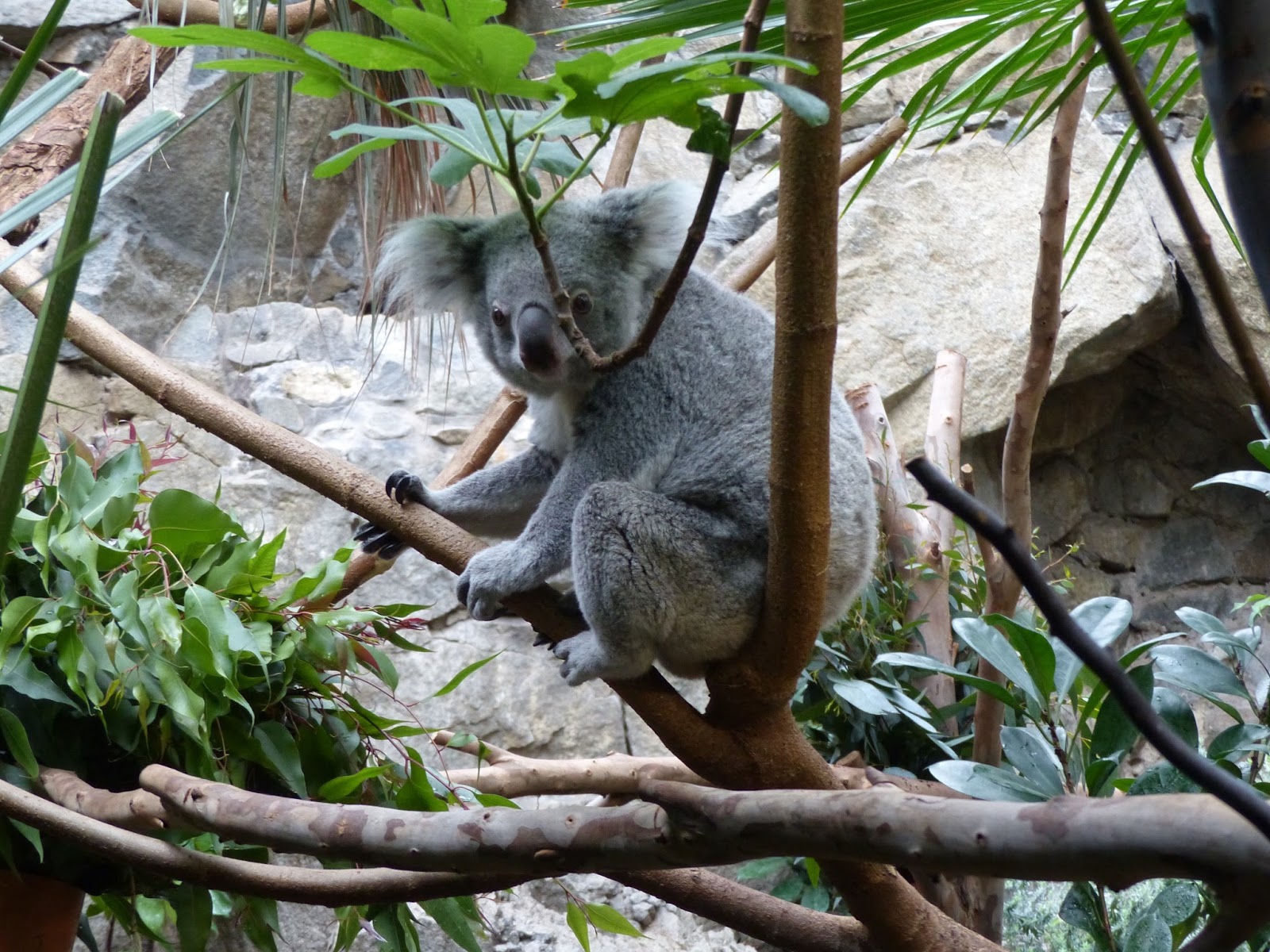 By the time midday had come, I was so eager to see the Pandas, practically dragging

James to the meeting spot. We were a little early but luckily the Monkey House was right next to it. We weren’t there long, but long enough to see a very agressive and hilarious monkey fight! It was easy to see who the protagonist was here, but the bigger monkey wasn’t having any nonsense! 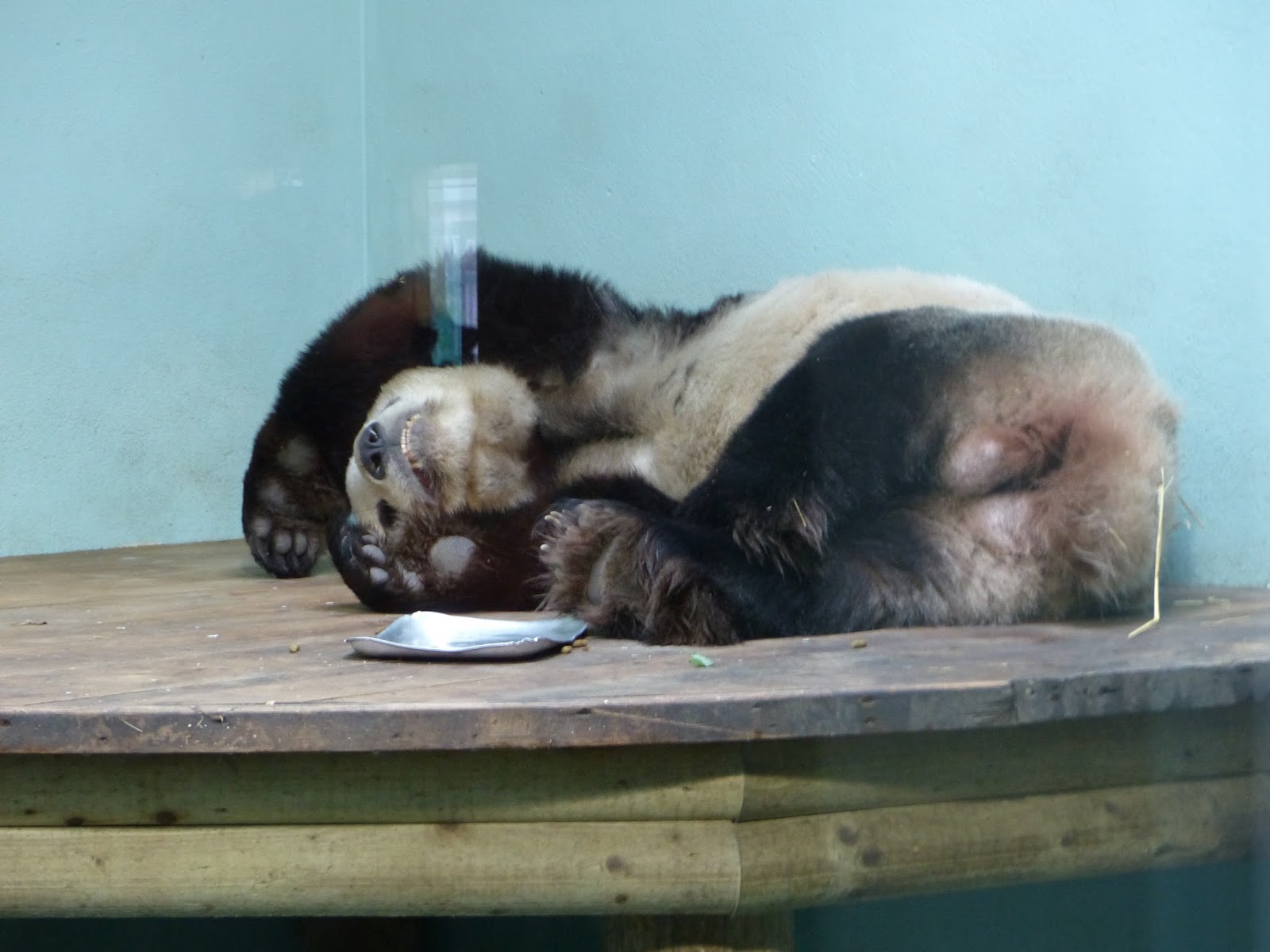 The time had now finally come to see the Giant Panda Exhibition. Only two are housed here, the female is called Tian Tian (Sweetie) and the male is Yang Guang (Sunshine).

Both Pandas have separate indoor and outdoor enclosures, as giant pandas are entirely solitary animals that only meet during breeding season once a year.

Did you know? Female pandas can choose when they want to be pregnant – as in they can carry their egg inside until they feel they’re ready to produce. 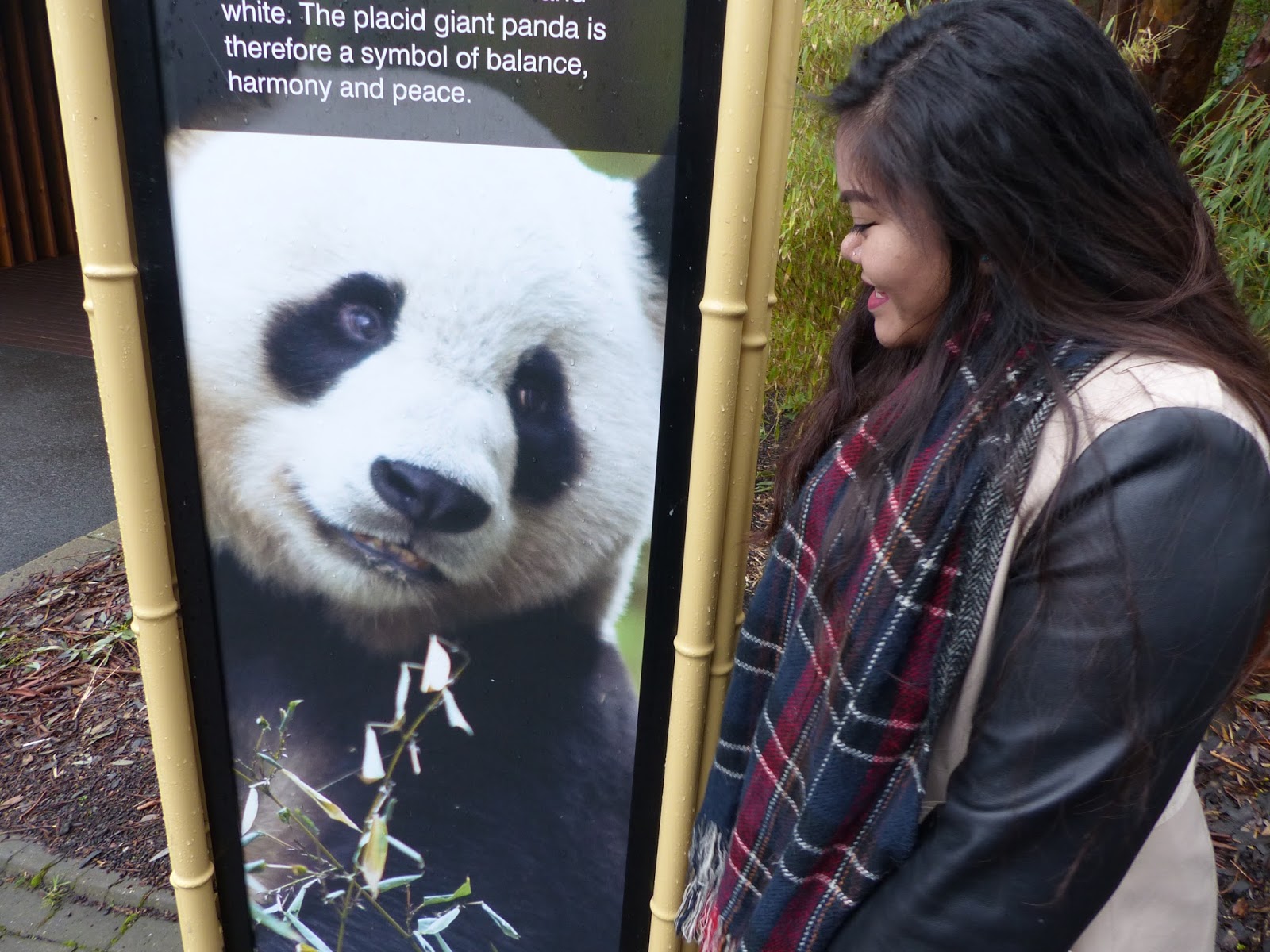 As you can already guess, the Pandas were indoors. Sadly one was sleeping and the other was partly hidden away. It would’ve been great to see them moving outdoors so it was a little disappointing, but I guess you can’t argue with where they want to be! We were still overly happy to be that close to one to begin with.

Overall, we really enjoyed going to the Zoo, and seeing the Pandas made it that extra bit special, especially because they’re the only ones in the UK. Although we didn’t see everything and the weather wasn’t great, it’s also another reason to come back, especially if the Pandas breed and create a baby cub!

Disclaimer: we were given complimentary entry and panda exhibition tickets, but as always, all photos and opinions are our own.