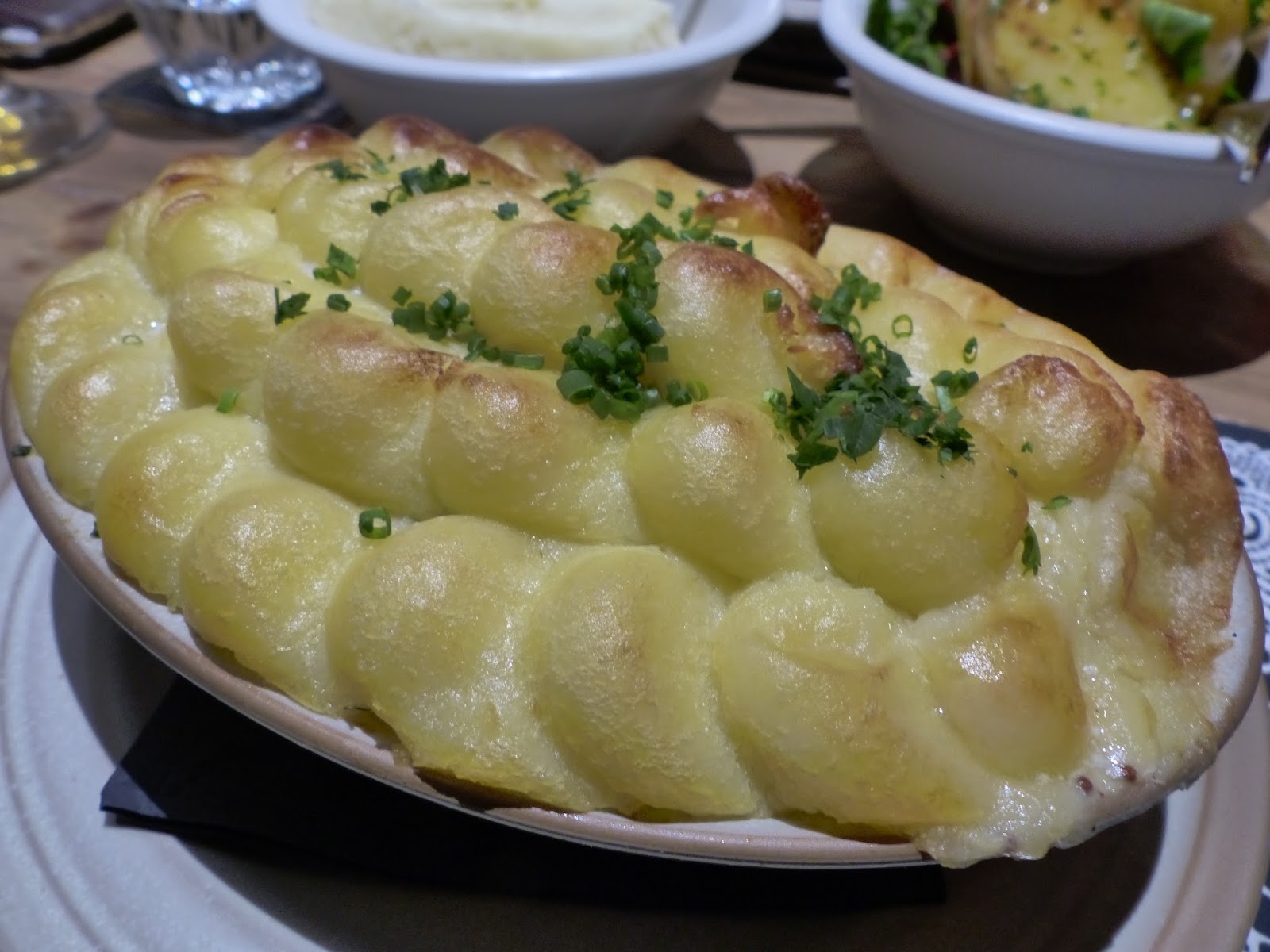 After a long day of travelling and sightseeing, the number one thing that we wanted was some seriously good ‘pub’ food, and luckily, we had a table booked at The Scran & Scallie. It’s far from a pub, in fact it is a beautiful almost fine dining restaurant, but the menu offered all of the classic British pub classics, but often with some very nice twists indeed. 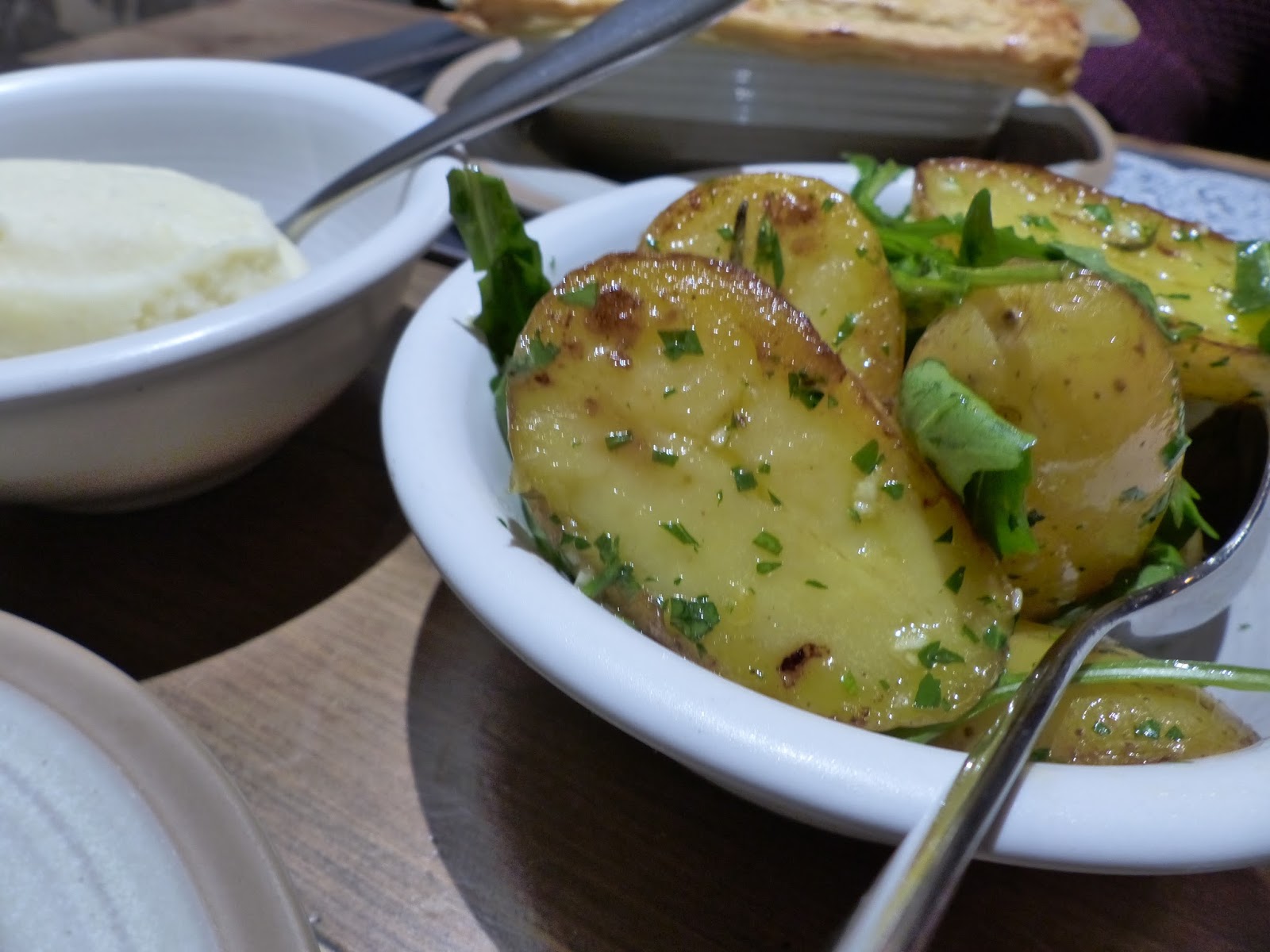 We were gutted to hear when we were seated that their fryer was out of order, which meant that chips were off the menu. If the rest of the meal were anything to go by, they would have been outstanding, and there’s nothing that I love more than some premium thick cut chips! But that was soon forgotten about, the roasted chorizo potatoes which we had instead were delicious.

The mains themselves were divine, each bite full of flavour and always a little something different which we were never sure quite what it was. It was certainly better than 99% of other fish and steak pies you’ll find. 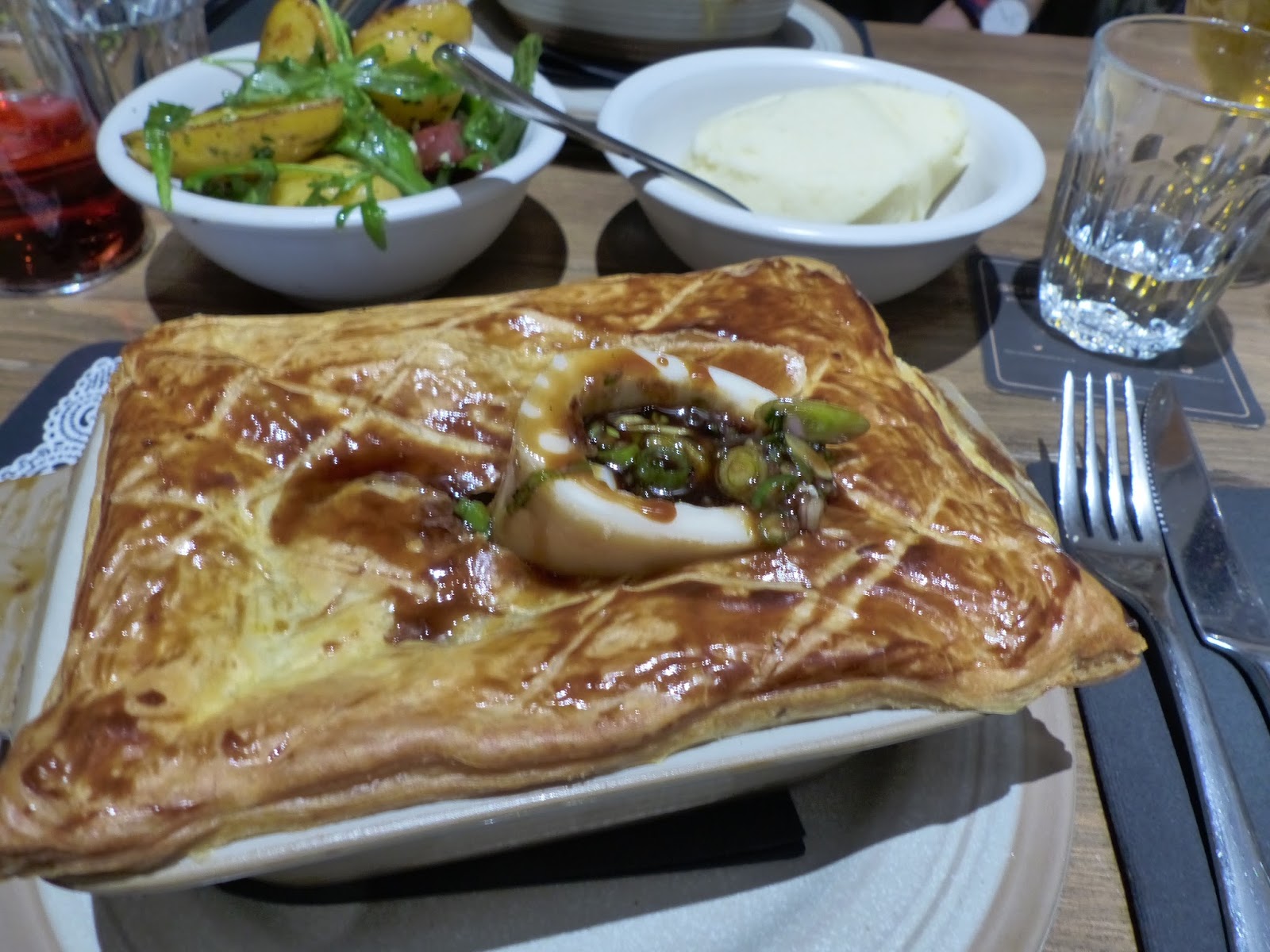 It was certainly a potato overload with the fish pie, chorizo, and mash – not that Jessica minded, she loves potato anyway but especially today! The portions were more than generous but we had left just enough room to share a dessert, and we’re very glad we did. 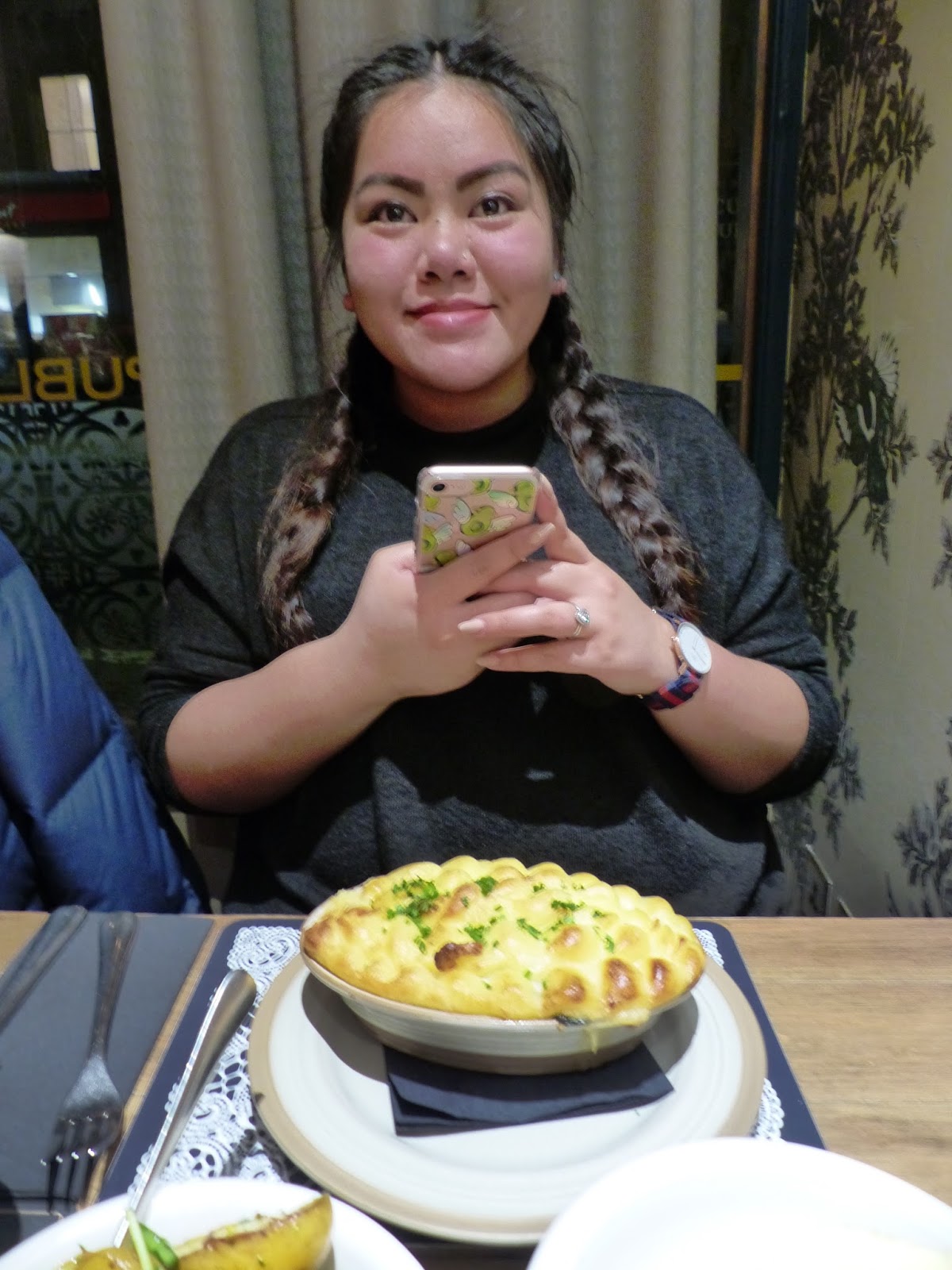 We are big fans of sticky toffee puddings that are bathed in sauce, so we couldn’t hide our delight when this beauty landed on our table. On most days we would’ve easily managed one each, but after such filling main courses, we opted to share. It was the perfect ending to a perfect meal and we would highly recommend this place to anyone finding themselves in Edinburgh. 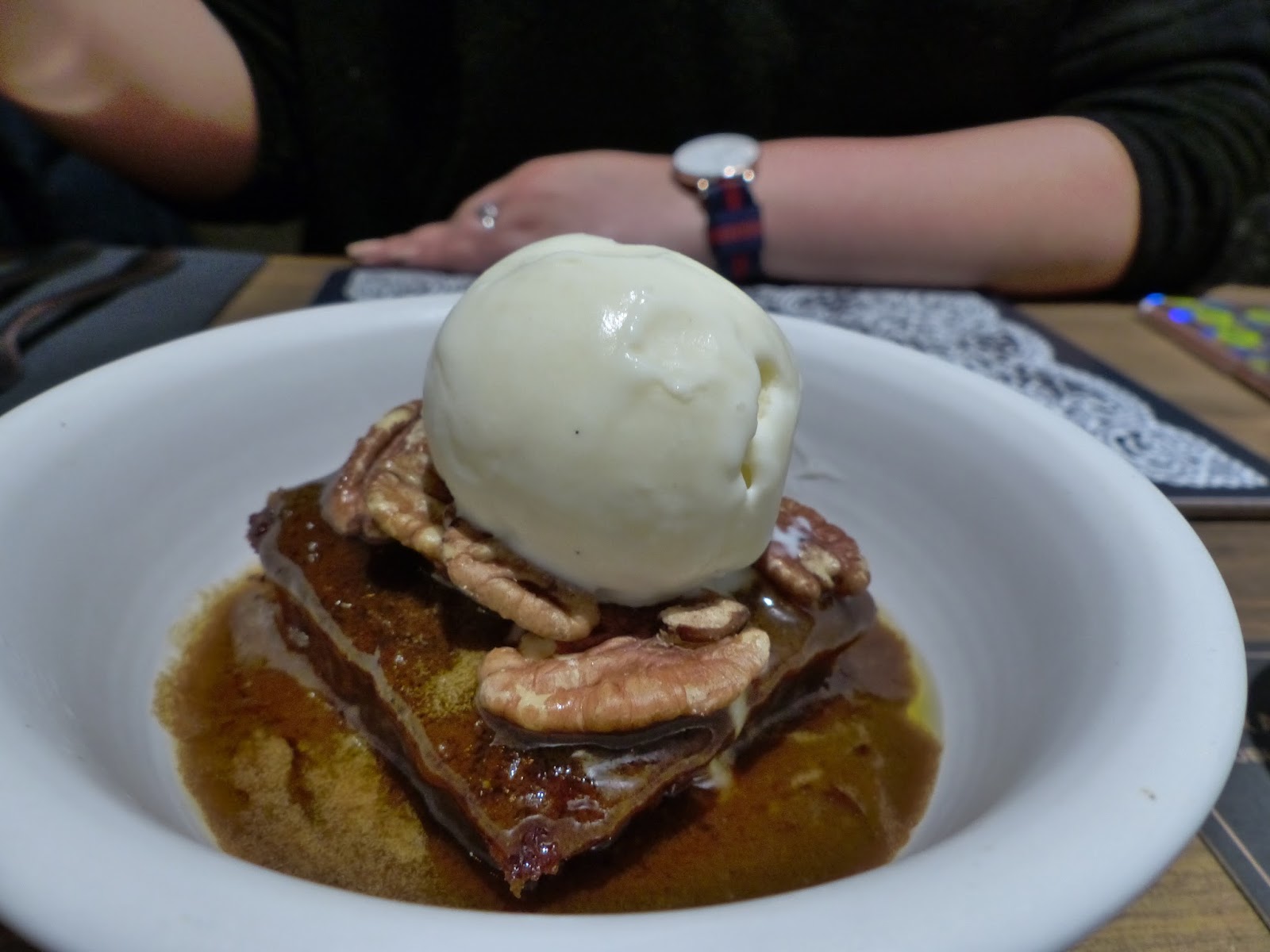