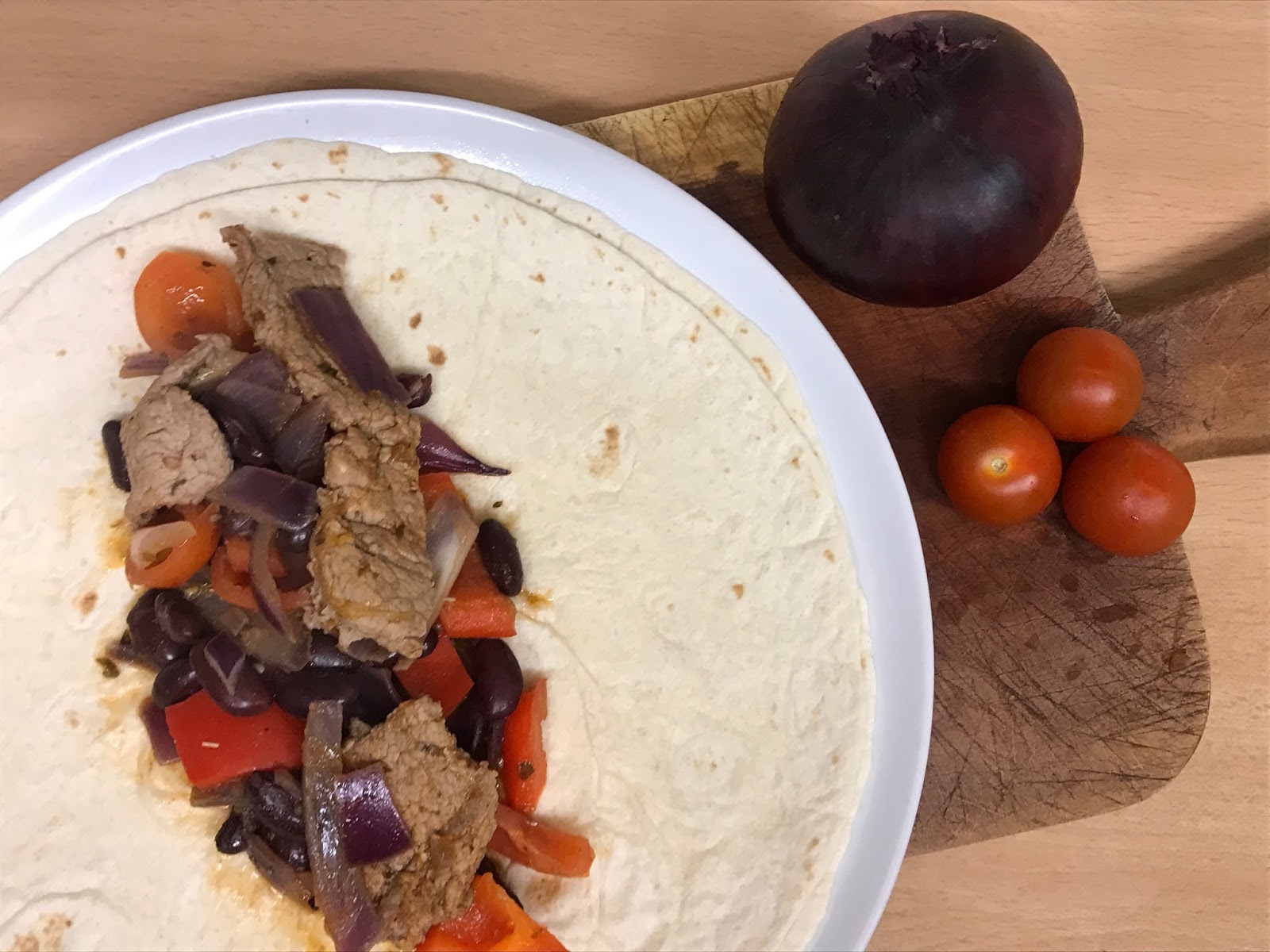 1. Heat the coconut oil in a large frying pan over a high heat. Add the steak and fry for 1-2 minutes, turning the meat a couple of times. Throw in the onion, red pepper and garlic and stir-fry for a minute or two. Add the paprika, oregano and tomatoes, season with salt and pepper, and toss everything together for a minute. Chuck in the kidney beans and cook for another minute, by which time the beans should be warmed through.

2. Pile half the mixture along the middle of each wrap, then top with some chopped coriander and finish with a squeeze of lime juice. Roll up and gobble down.