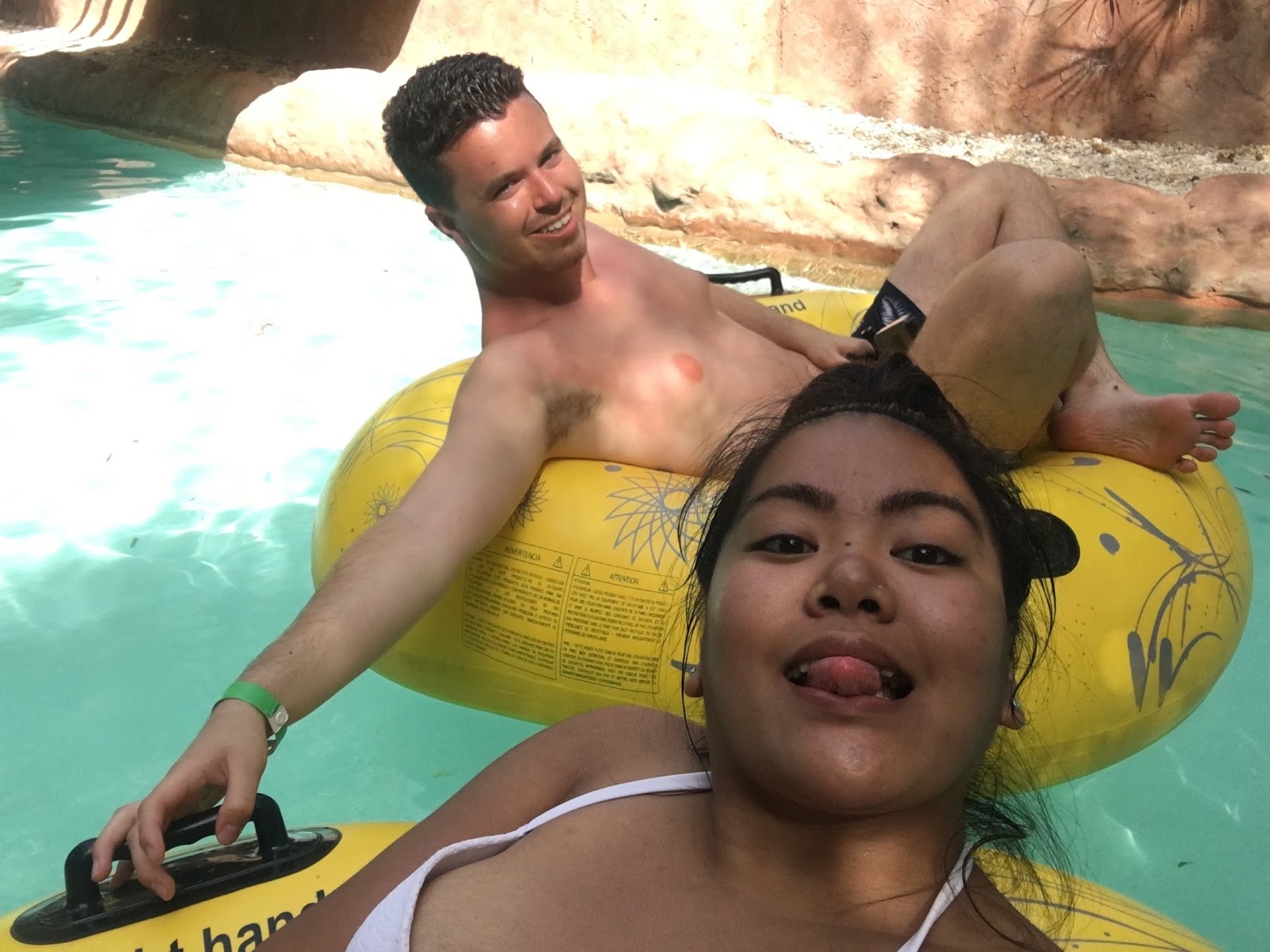 How are we already half way through our holiday!? Time goes by so fast when you’re away! The weather has been perfect and we have so much left to do!

As every morning seems to begin, we proceeded with breakfast, I had what you may call a flat crumpet, like a pancake but also like a crumpet with syrup, a strawberry yogurt and melon and James had egg omelet with bread, not toast because waiting for the toasting thing is forever! Then of course we went on to proceed with uploading the photos for that days post, along with booking our taxi for the day and getting ready to go to the water park!

Once we had arrived, we noticed how quiet the car park was and no queue, we each paid 210 DH each, which is probably equivalent to £16, so it wasn’t too bad, if we booked online, it would have been discounted. Security checked out bags and as we walked in, the first thing I saw was the FREE WIFI SPOT, of course it didn’t work, but that’s not what we was there for (although throughout the day I did try several times – gotta upload that insta photo you know haha) Walking over to the first water slide, there was no one but the guard there, so we naturally decided to walk around and explore more.

These are the three slides that we started on, along with the multi-slide (which both of us could go on at the same time. The multi-slide was the best as it was the fastest! The three slides were a bit of hit and miss, they were just too slow, I think it was the lack of water within it that slowed it down. There was one where I literally flew off because the drop was so dramatic with such little water!

Shortly after, we explored more around to the back of the park, walking through amazing gardens and tunnels towards what they call the cool river, in other words the lazy river. Now this was seriously a lazy river, it was calming and relaxing, but it wasn’t worth going all the way around for, so we stopped at the second entrance/exit and walked back around. 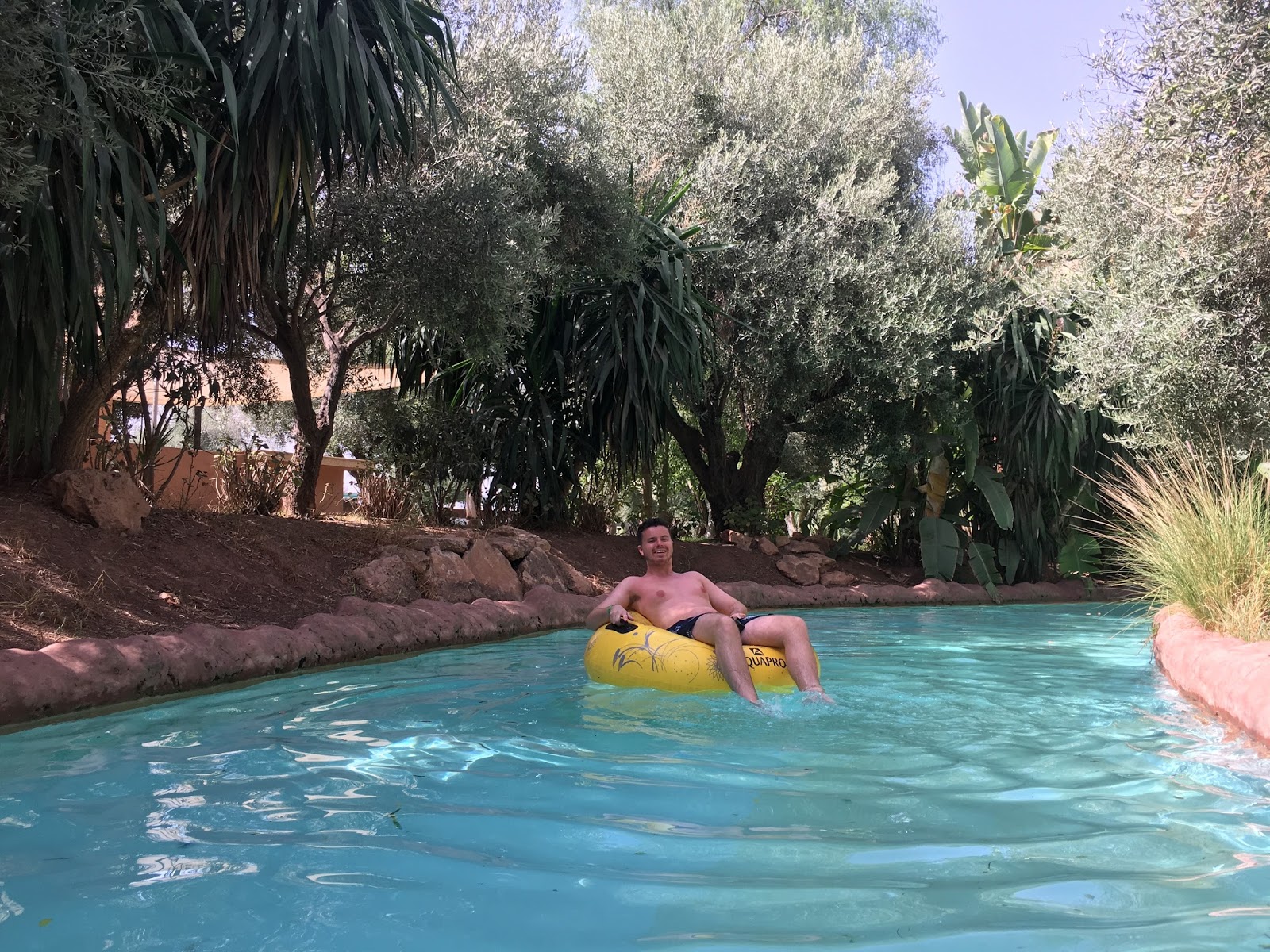 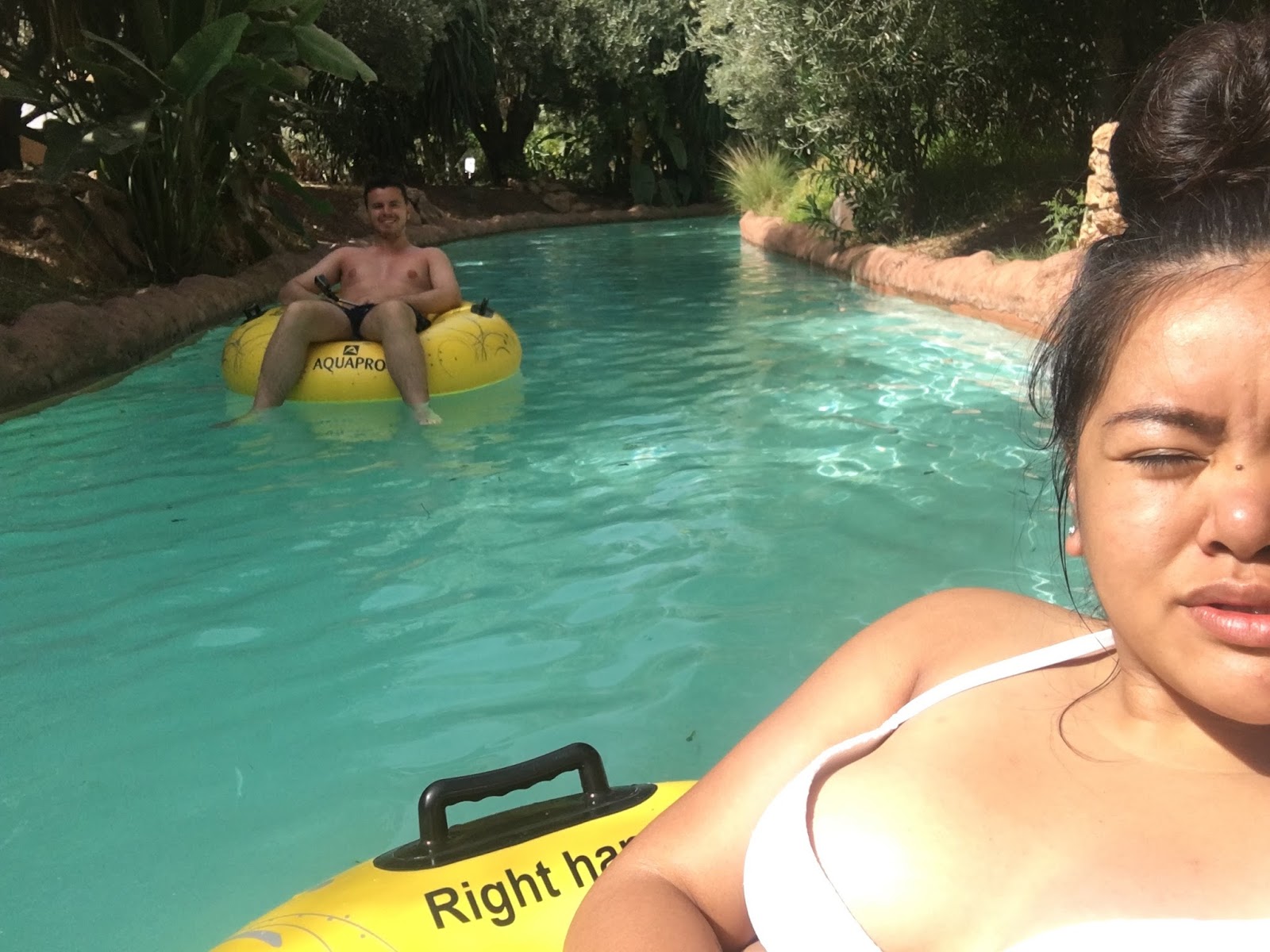 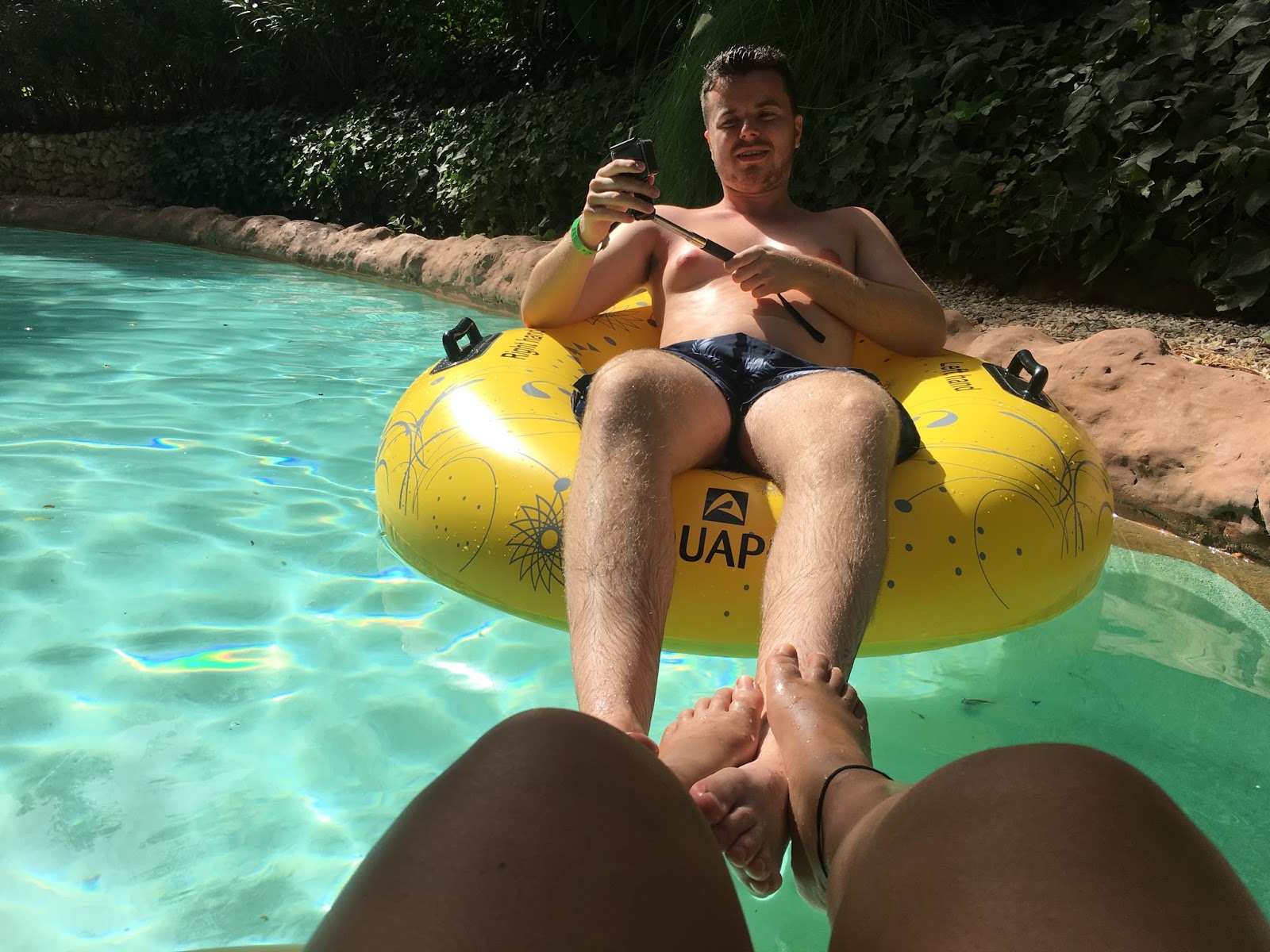 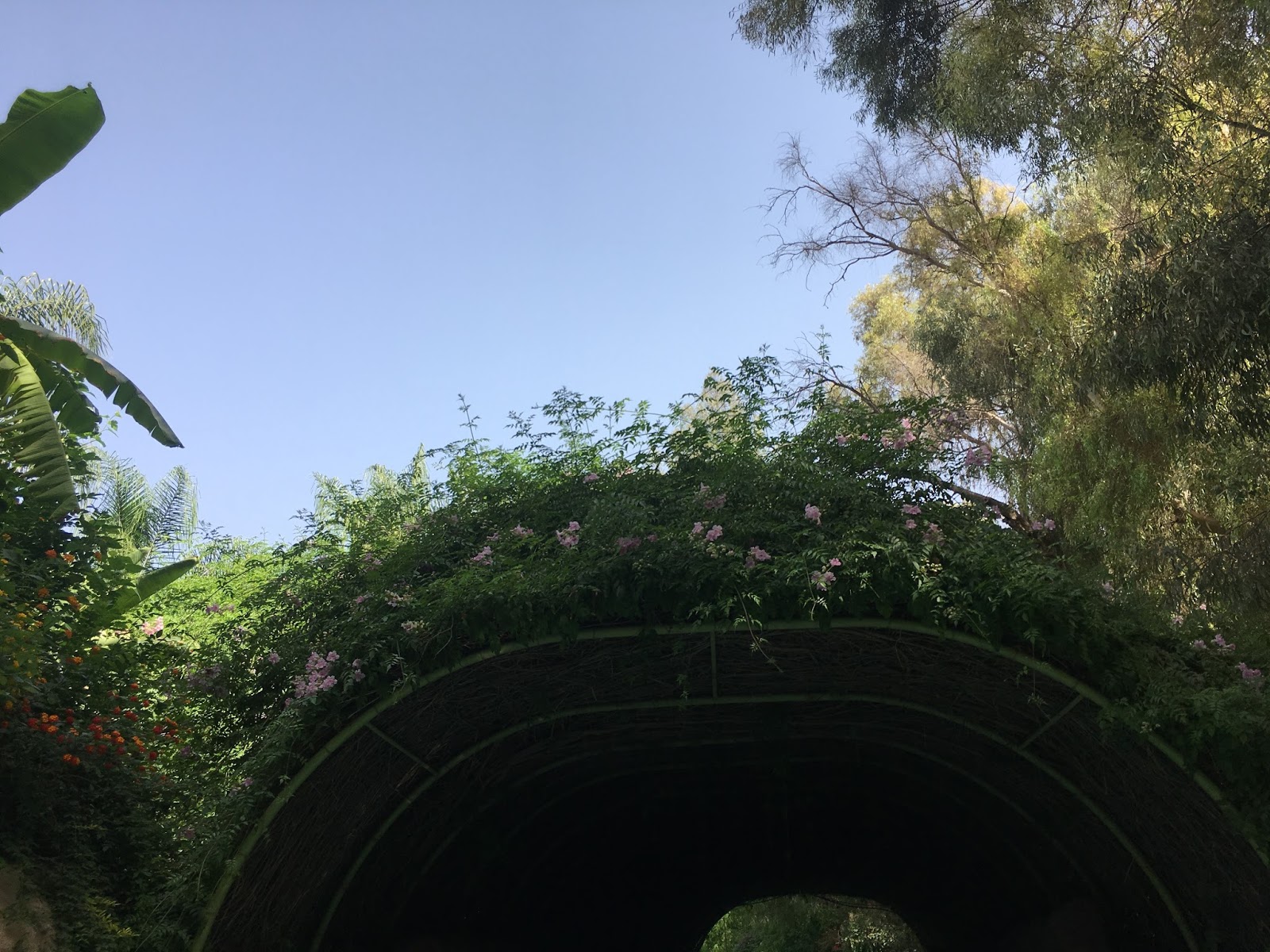 This was the only place pretty much open for food out of about 5 other restaurants and cafes plotted around the park, can’t really blame them though, there was only a few people there. It was a cute little area in between the gardens and right by the pool with seated service. James opted for a chicken pizza and chips and I went for the burger and chips. All perfectly good food and good price, washed with a peach juice each. After lunch we went to the pool and sunbathed for a good while, as well as digesting our food before hitting the Rio Loco. 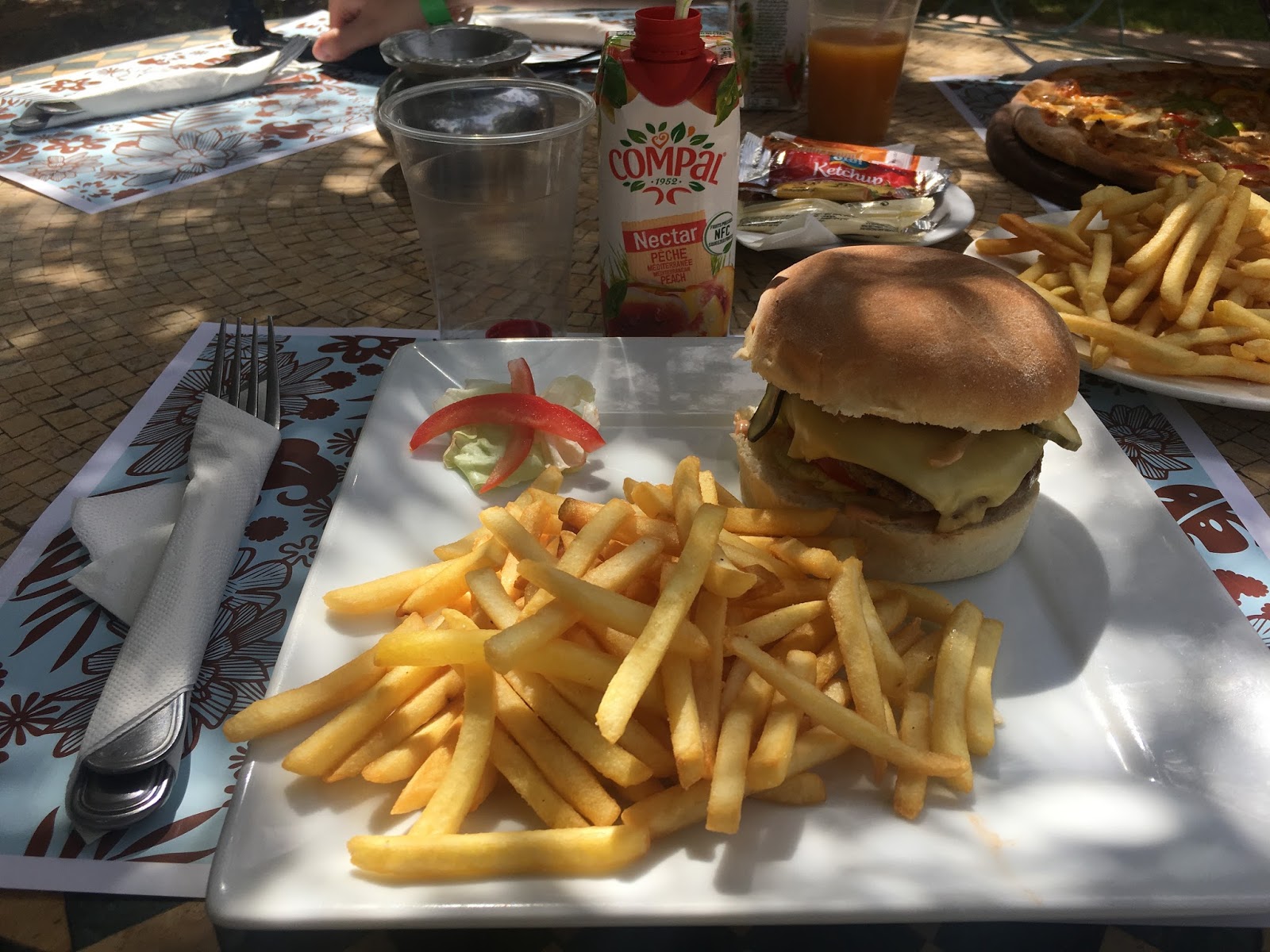 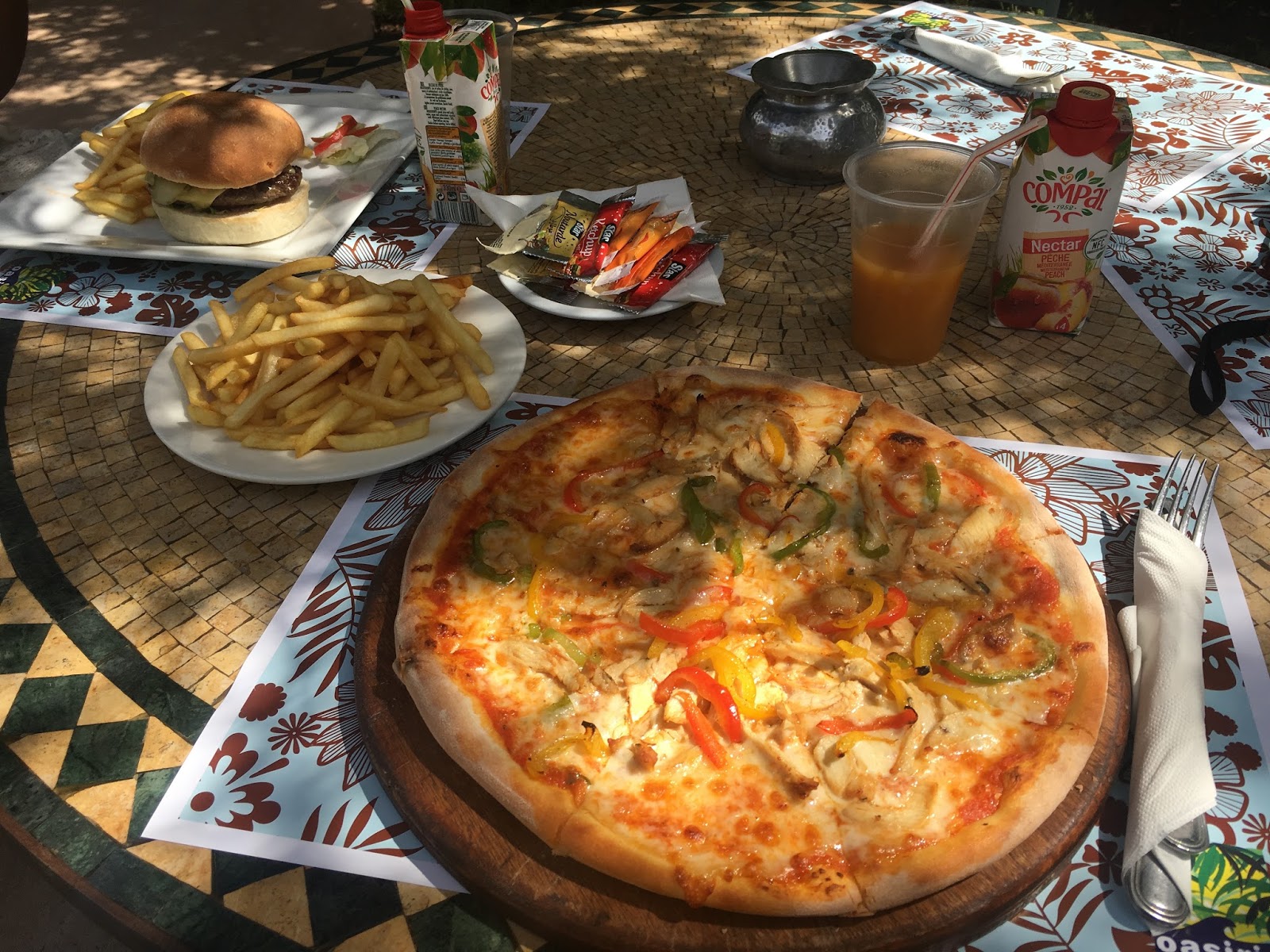 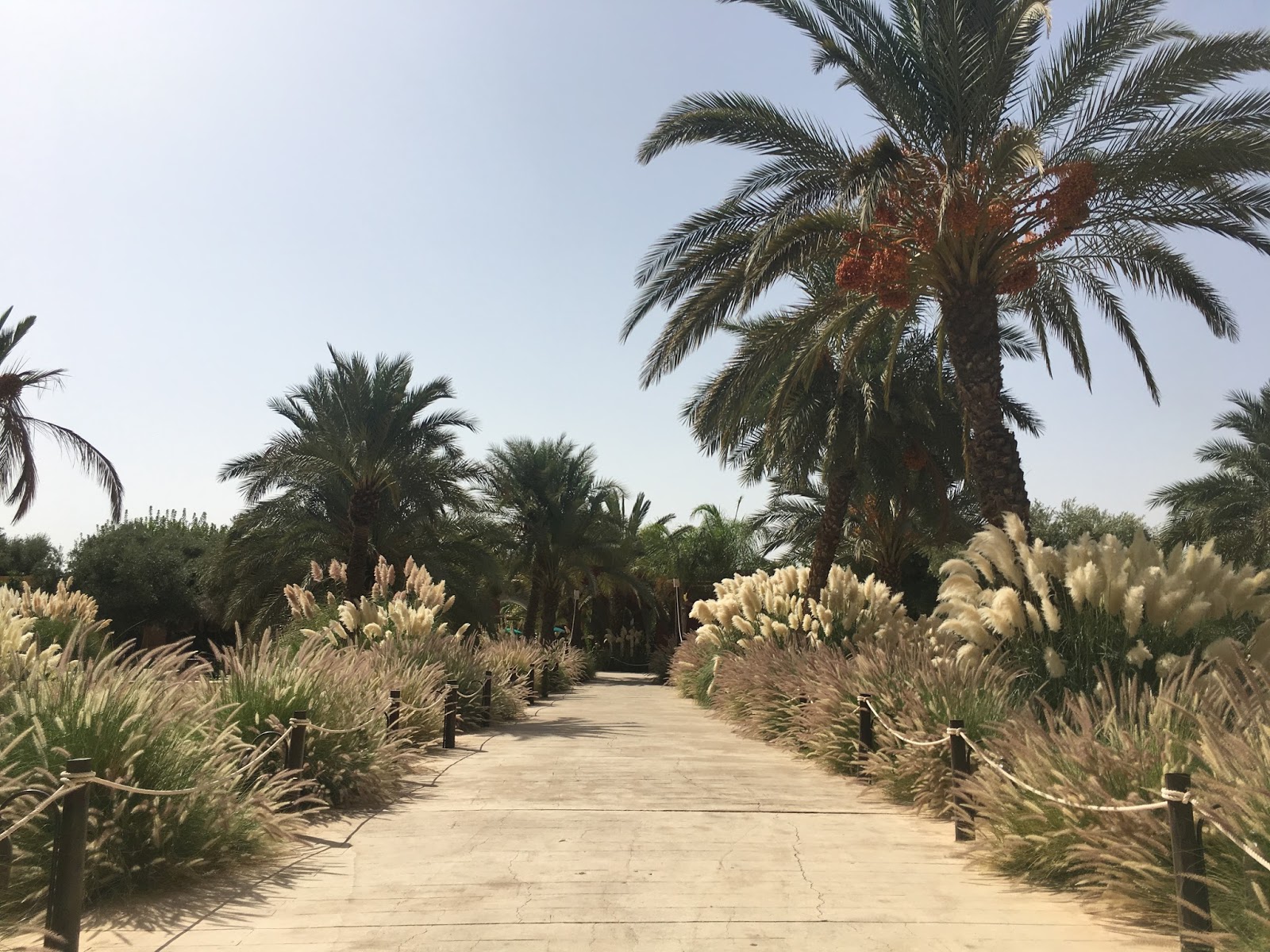 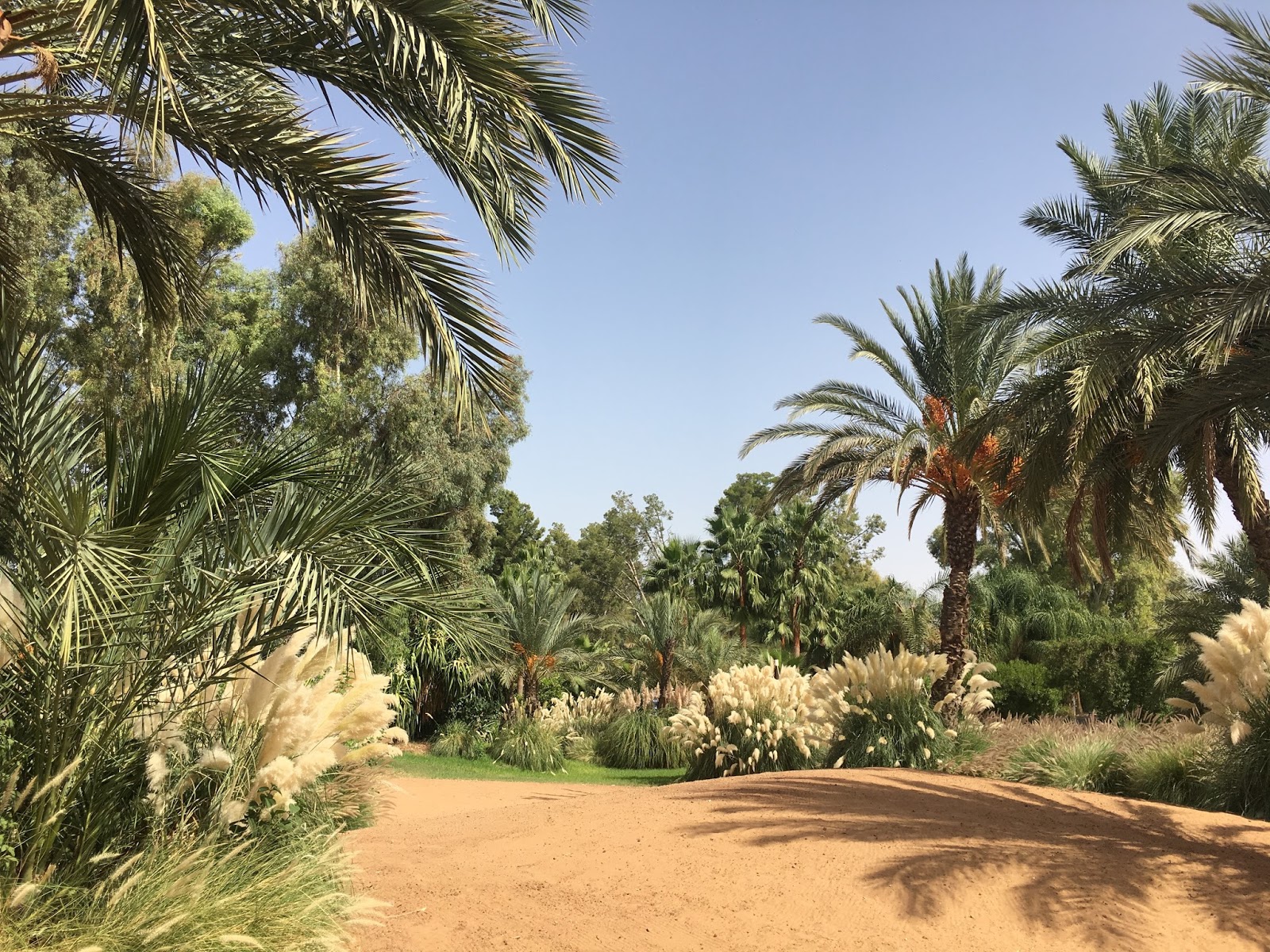 This was originally closed off when we came, we assume for cleaning as there was no water in it originally. We’d say this was the best ride out of all of them as it was faster and more fun really, which is why it’s called the rapid river. The first time we kept on getting stuck at the ends of each part, again due to the lack of water but it just made it more fun in a way, the second time round it wasn’t as bad, more smoother but nevertheless so much fun!

Since the park wasn’t busy and didn’t have much there as we thought, we decided to call our taxi to pick us up earlier than planned and sunbathed by the quite pool while we waited. 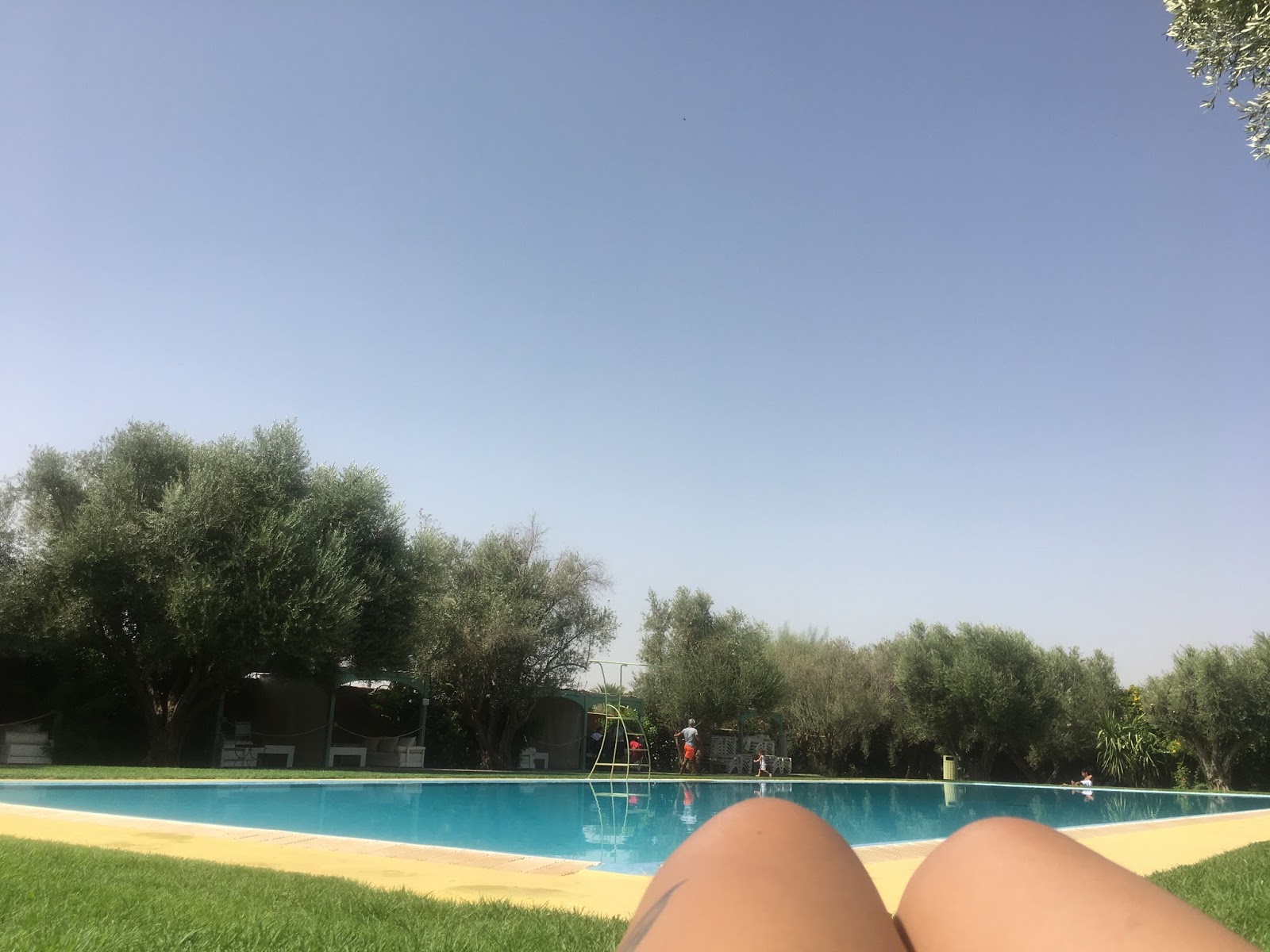 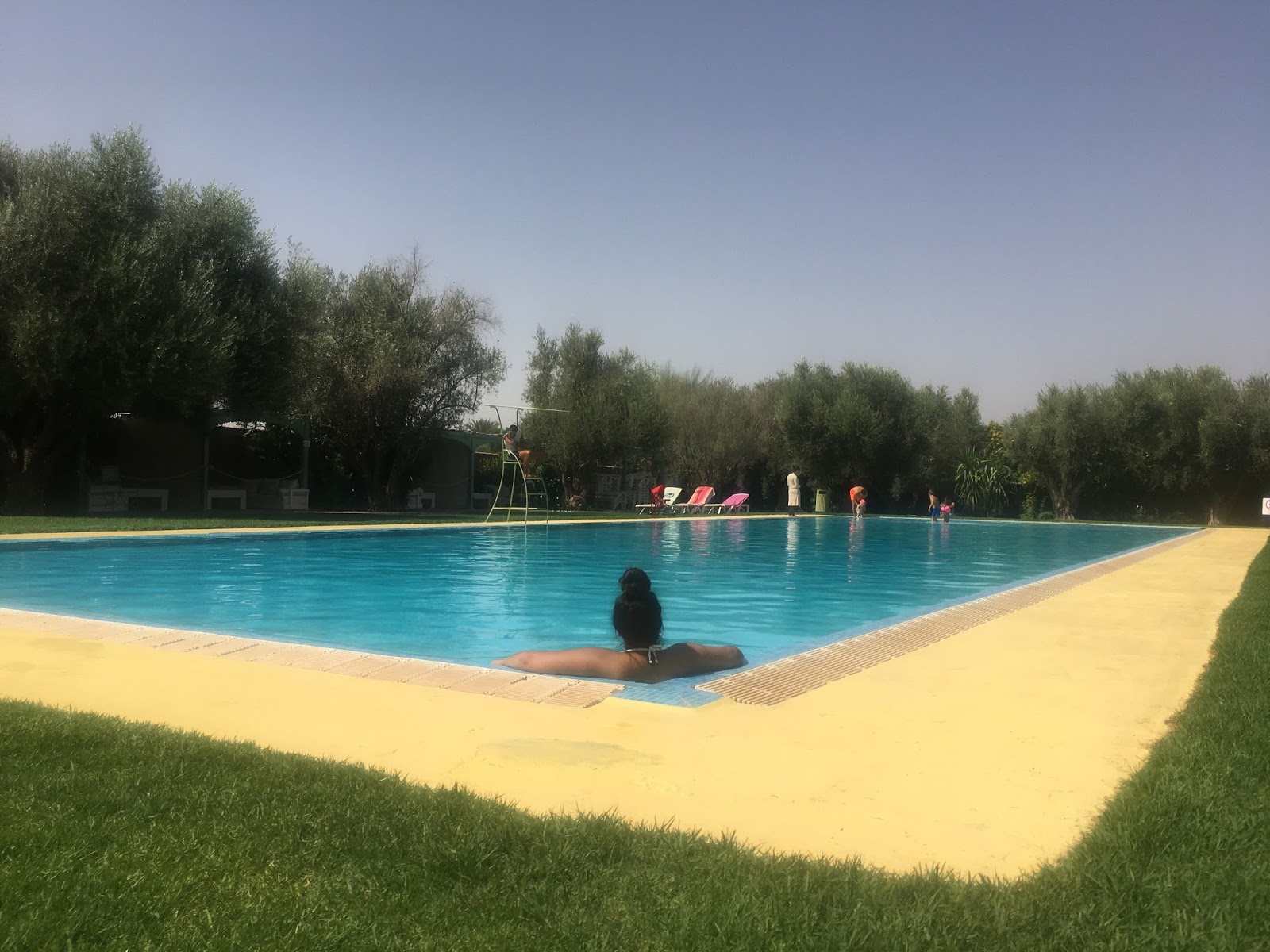 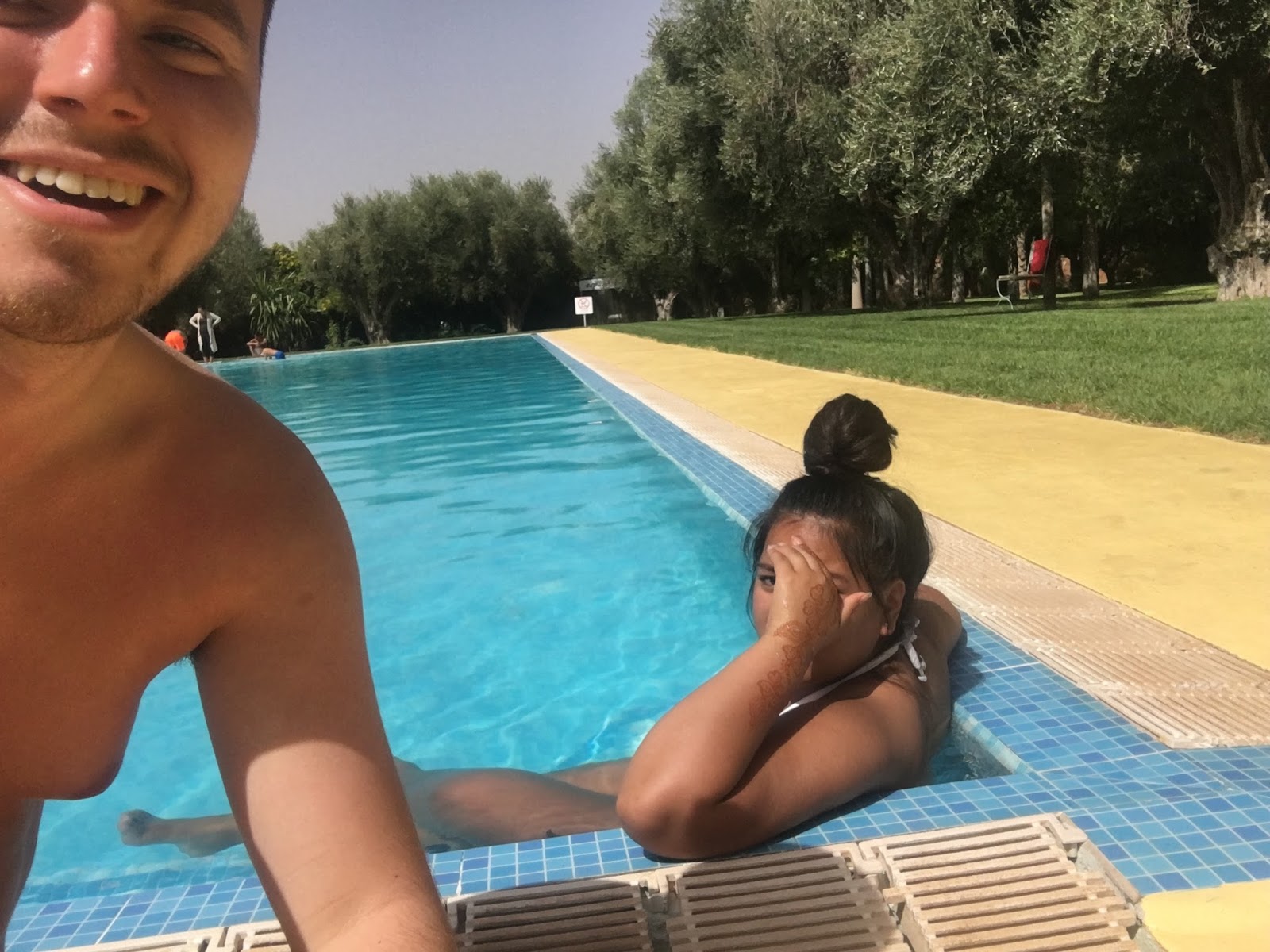 On our journey back we discussed about maybe going out for the evening after dinner, but that didn’t seem to happen. Once we arrived back at the hotel, we headed straight for our room, where James edited some of the vlog and freshened up for dinner.

After dinner, we say in the lobby with a few whiskey sours while I read a book James’ mum kindly recommended to me, while once again, James edited today’s vlog, which I may add looks really good! From there we pretty much just chilled and KO’d once hitting the bed!

We hope you’re loving our holiday summaries so far and are eager to see out vlogs.