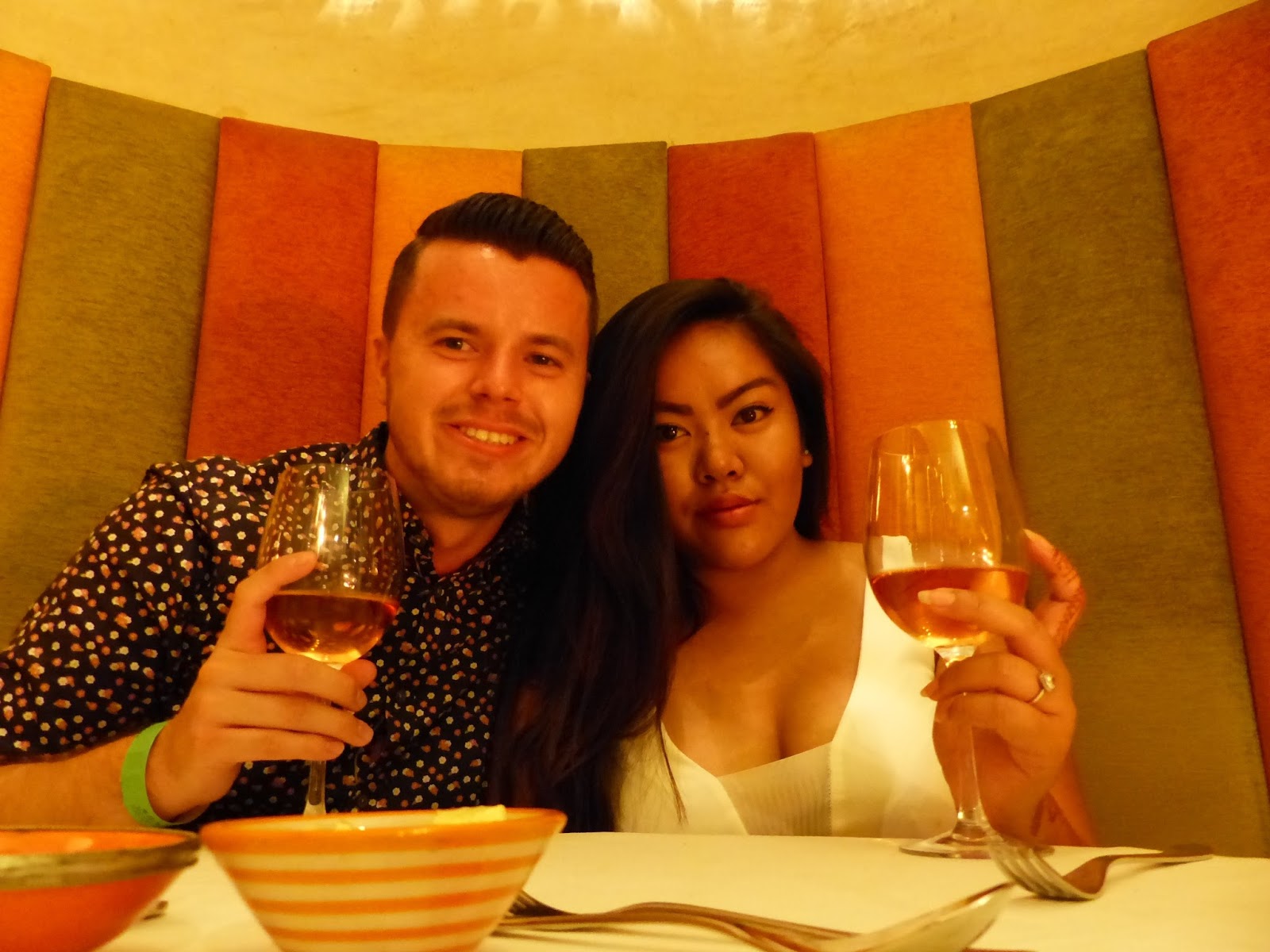 Friday is the Muslim holy day, which means the centre of Marrakech would be much quieter than normal. It also gave us the chance to have a quiet day after the crazy two that went before.

Until around 4pm we were at the pool, catching up on getting a nice tan! The couple of hours that followed were spent having a nap before heading out at around 7.45 for dinner.

This was no ordinary dinner however; we had a booking at the no.1 restaurant on TripAdvisor for Marrakech. It was set almost in the souks – the narrow, cobbled and winding streets that it surrounded itself didn’t seem like a destination for a five star restaurant.

Luckily, a worker in the restaurant greeted us where our taxi dropped us off, as cars cannot get down the street. The first impression was already made and we weren’t even inside the restaurant yet.

The restaurant door swung open and there was stood the manager with a massive welcome, and two cucumber, basil and lemon drinks. It seemed like we had just walked back into London. The contrast between indoors and outdoors is surreal. This was the start of tonight’s journey. 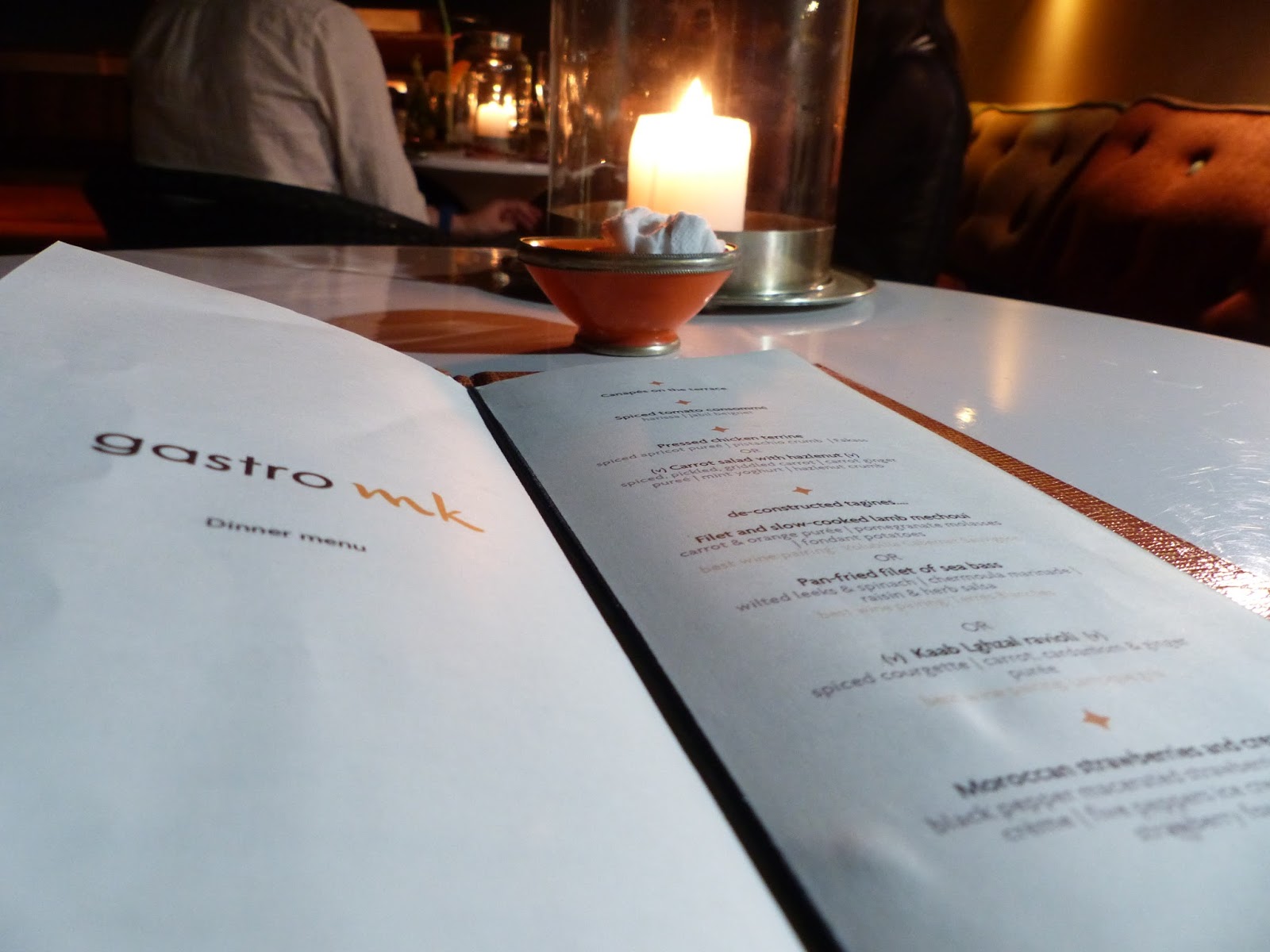 We were led up two flights of stairs to the rooftop bar, where we were served our choice of cocktails (Pina Colada and Tequila Sunrise), and also two sets of canapés. We knew that just from these small bites, we were being set up for an incredible meal. But this wasn’t just a meal; it was a seamless journey, screaming quality at every moment. 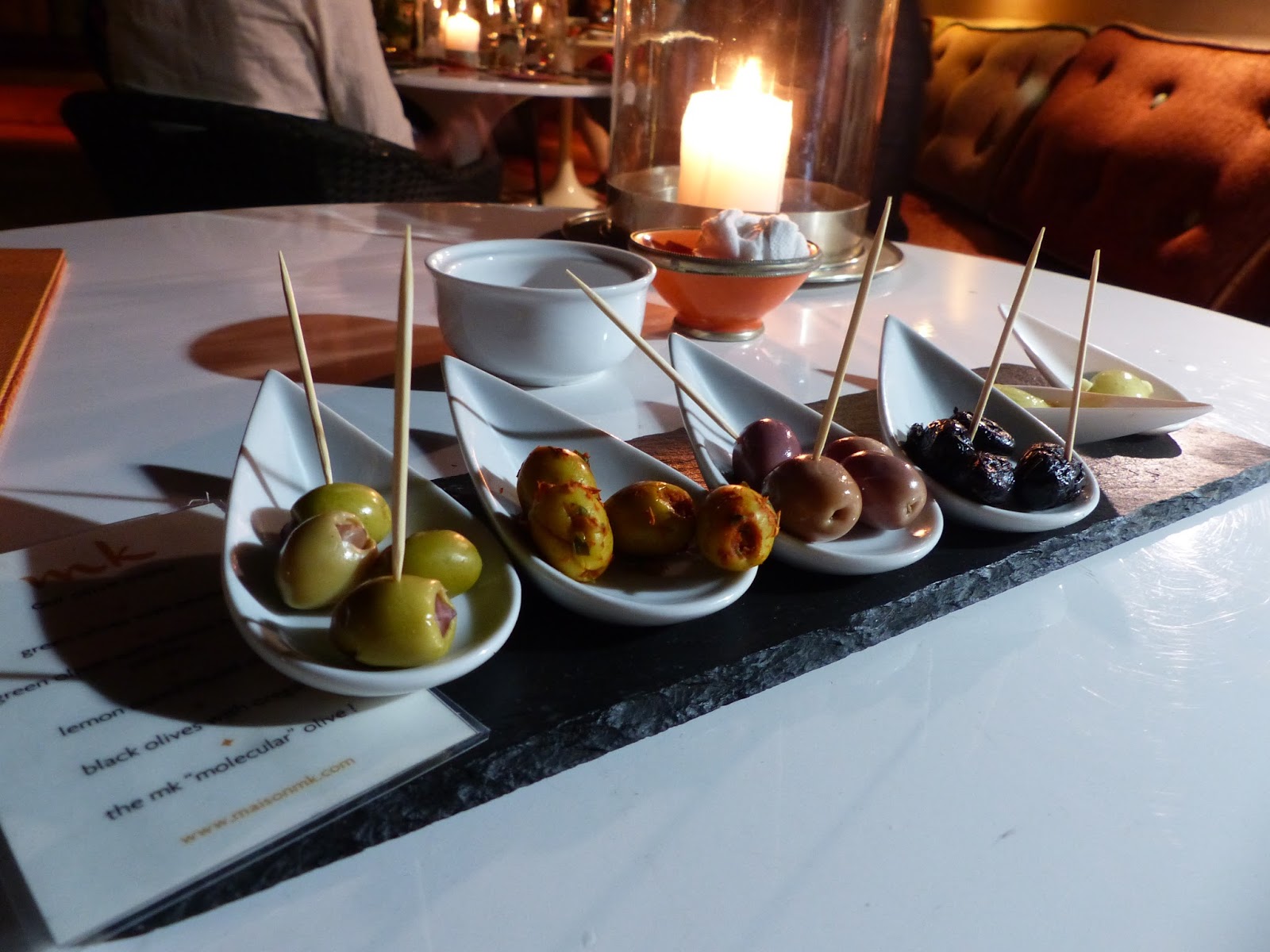 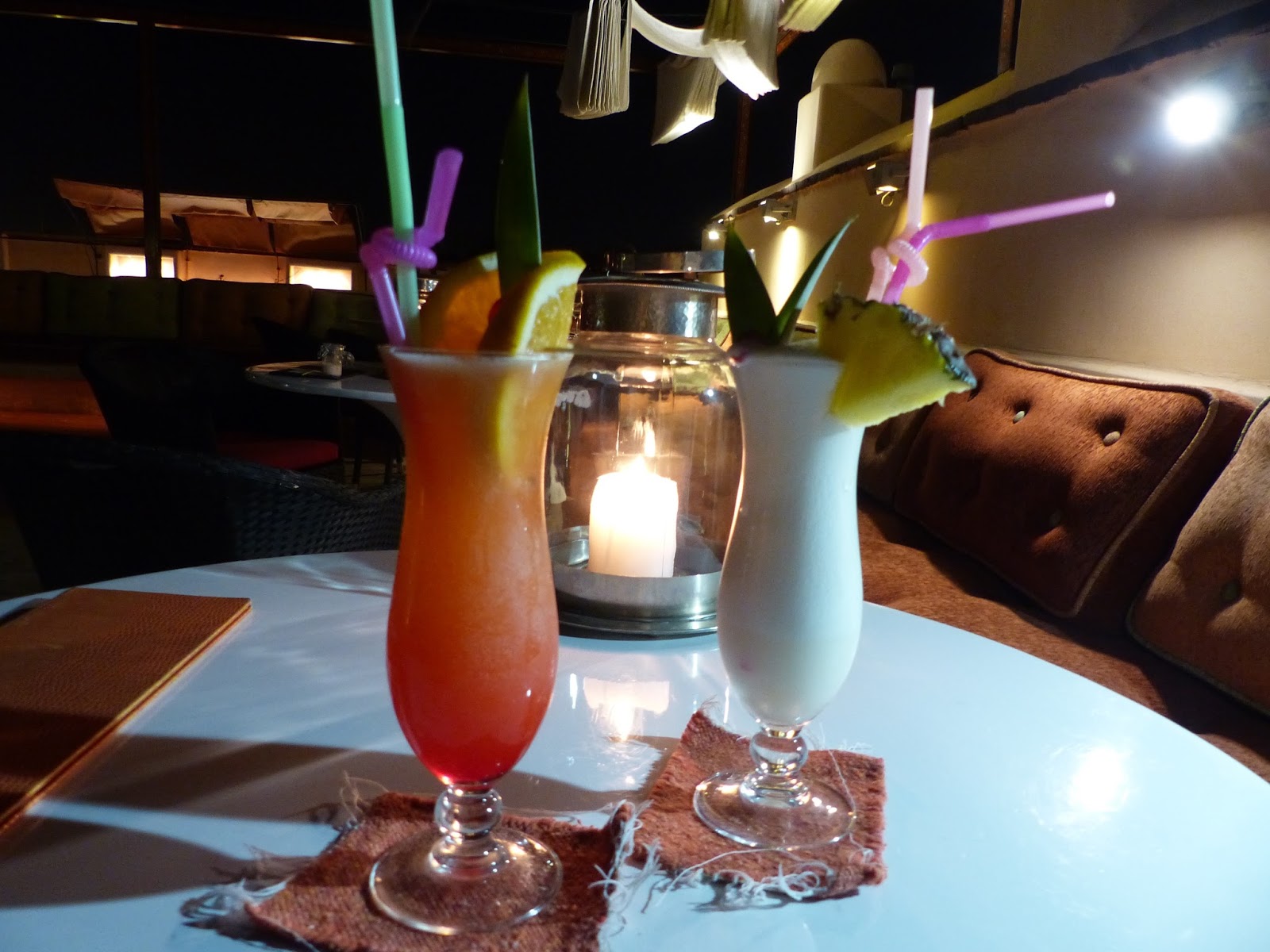 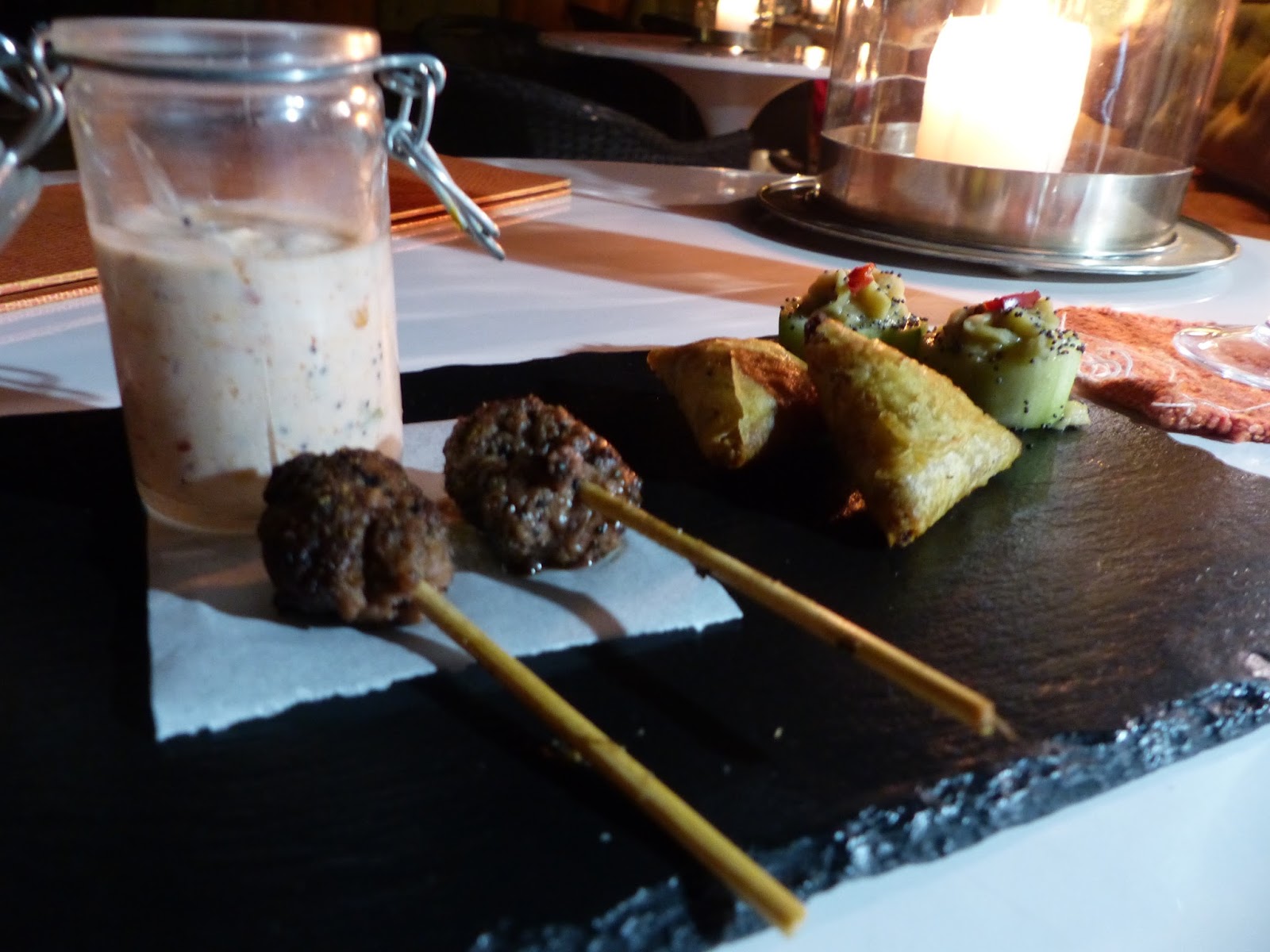 We were taken back down into the restaurant at this point, and sat by a fireplace, underneath it a fountain and what can only be called a swimming pool. The only ‘thing’ allowed in there was the rubber duck, which soon became our favourite aspect of the restaurant! 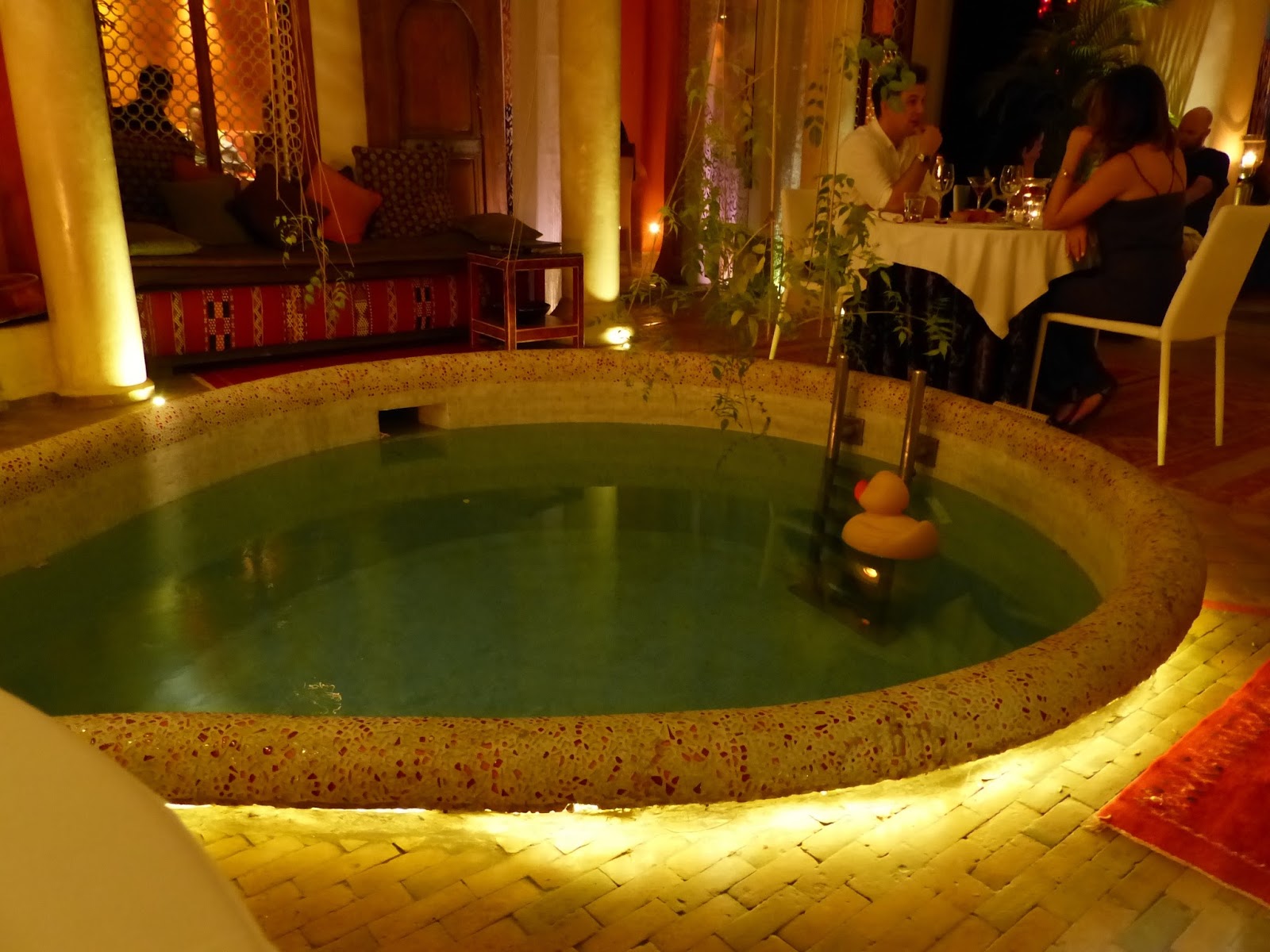 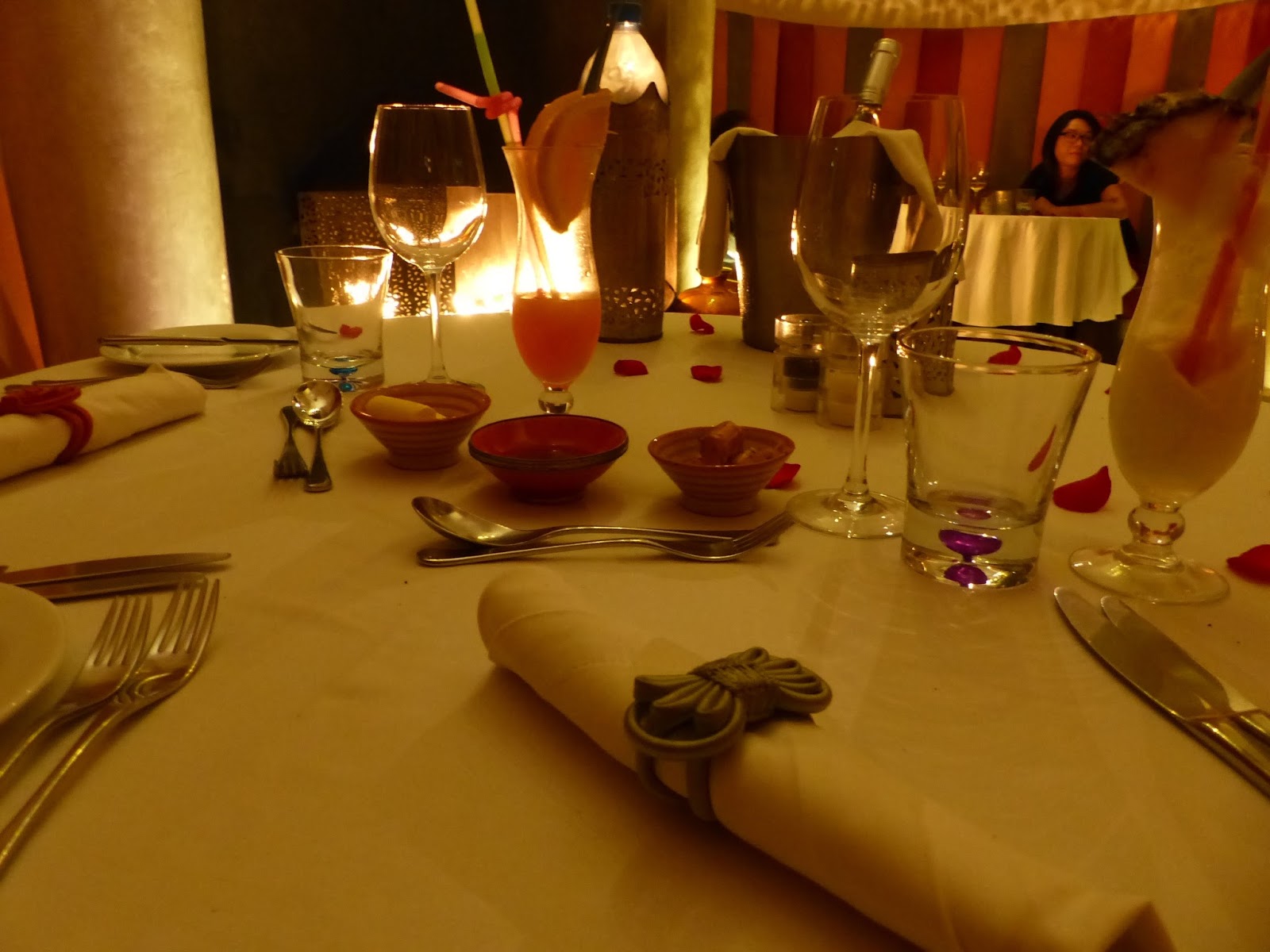 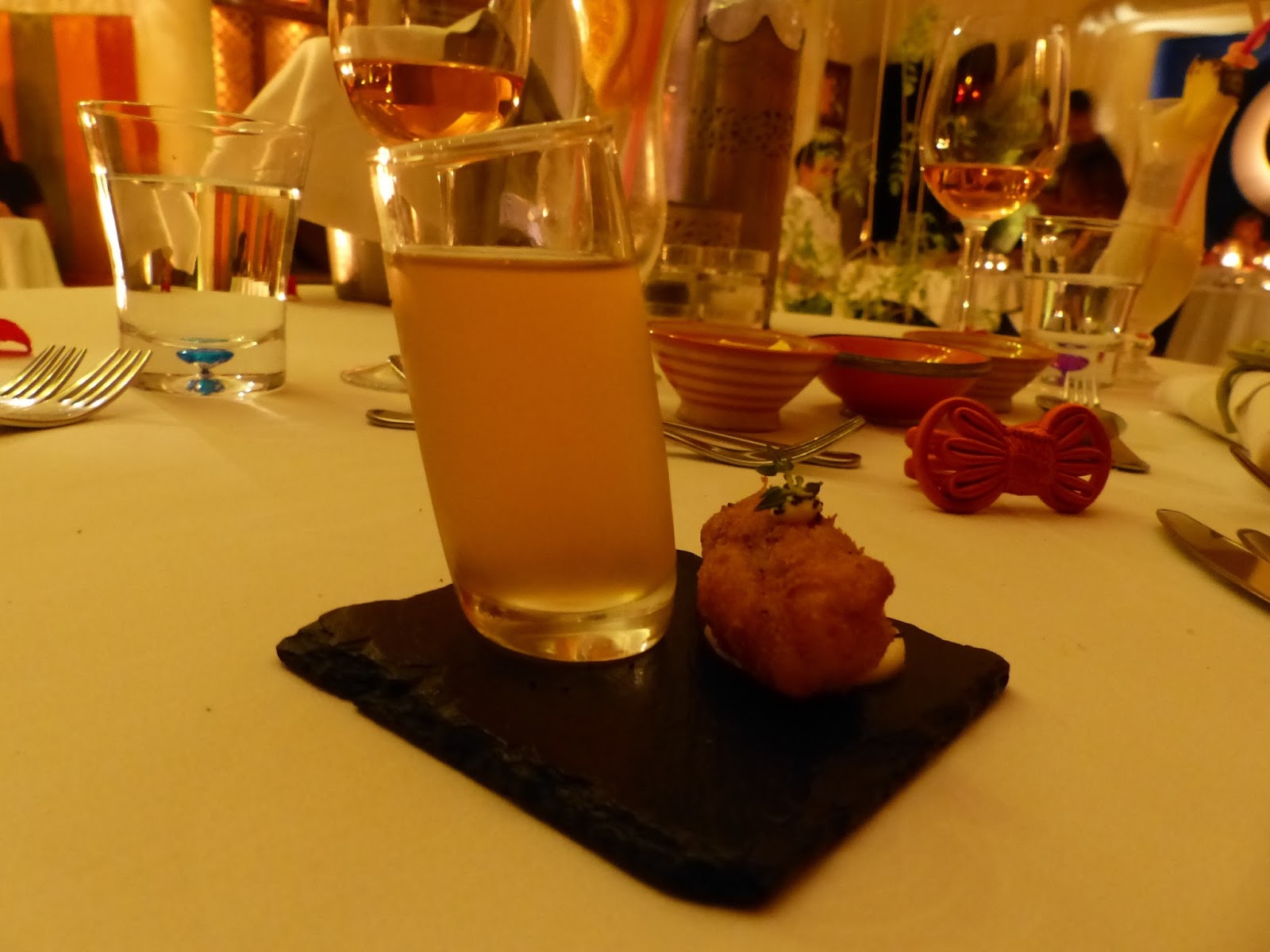 Course after course followed, each with immaculate presentation and taste. The service was the best we have ever had. 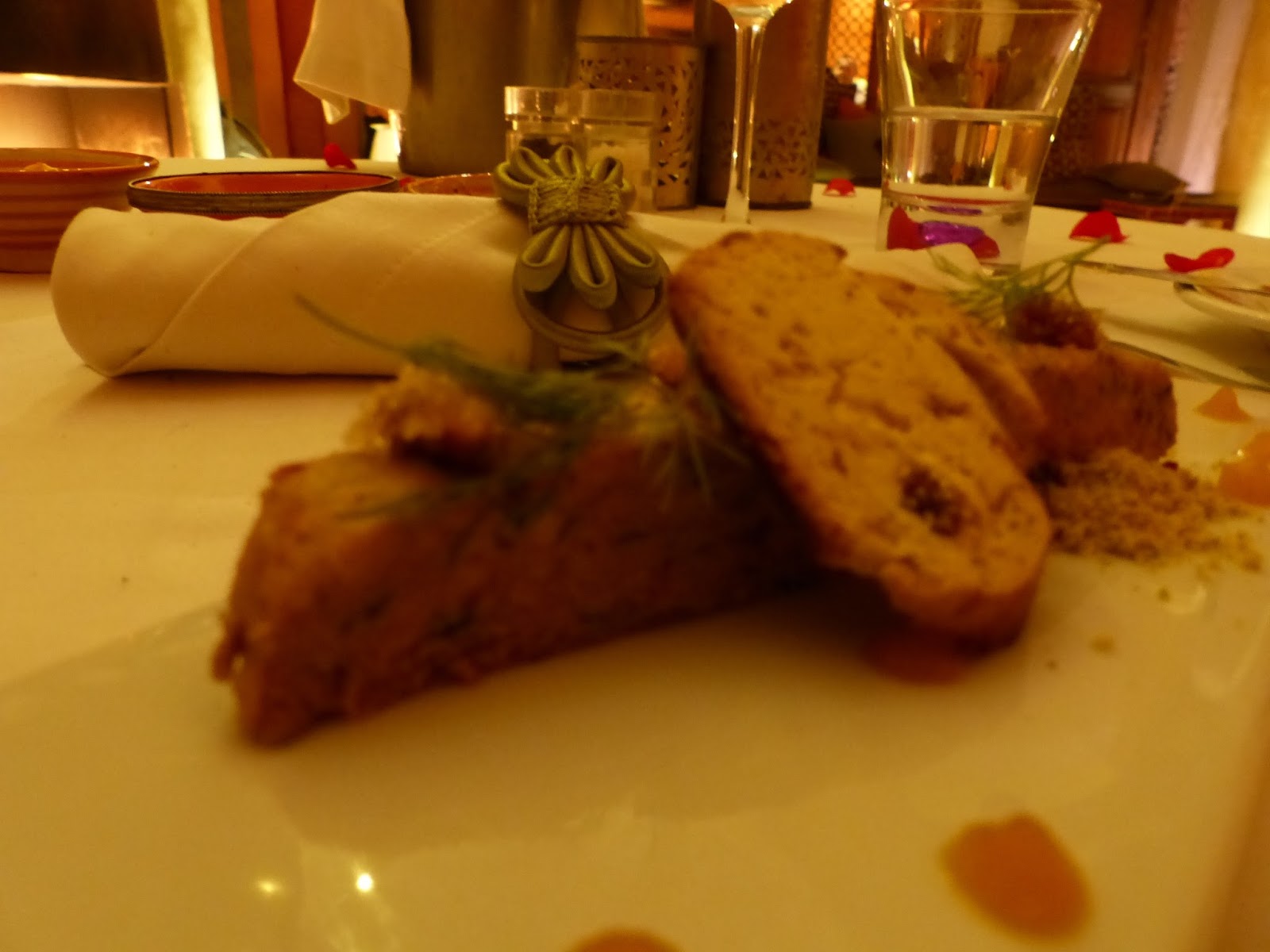 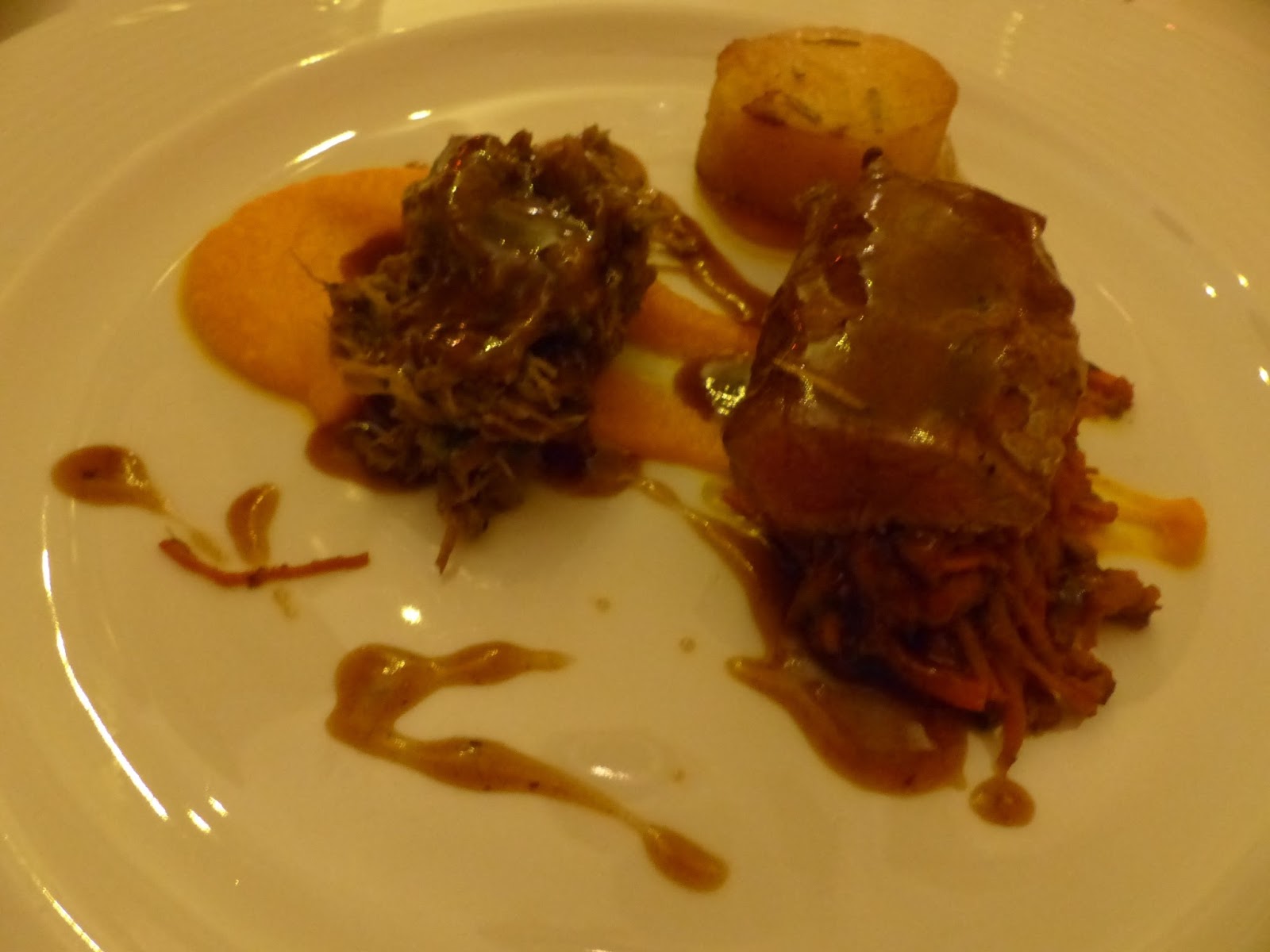 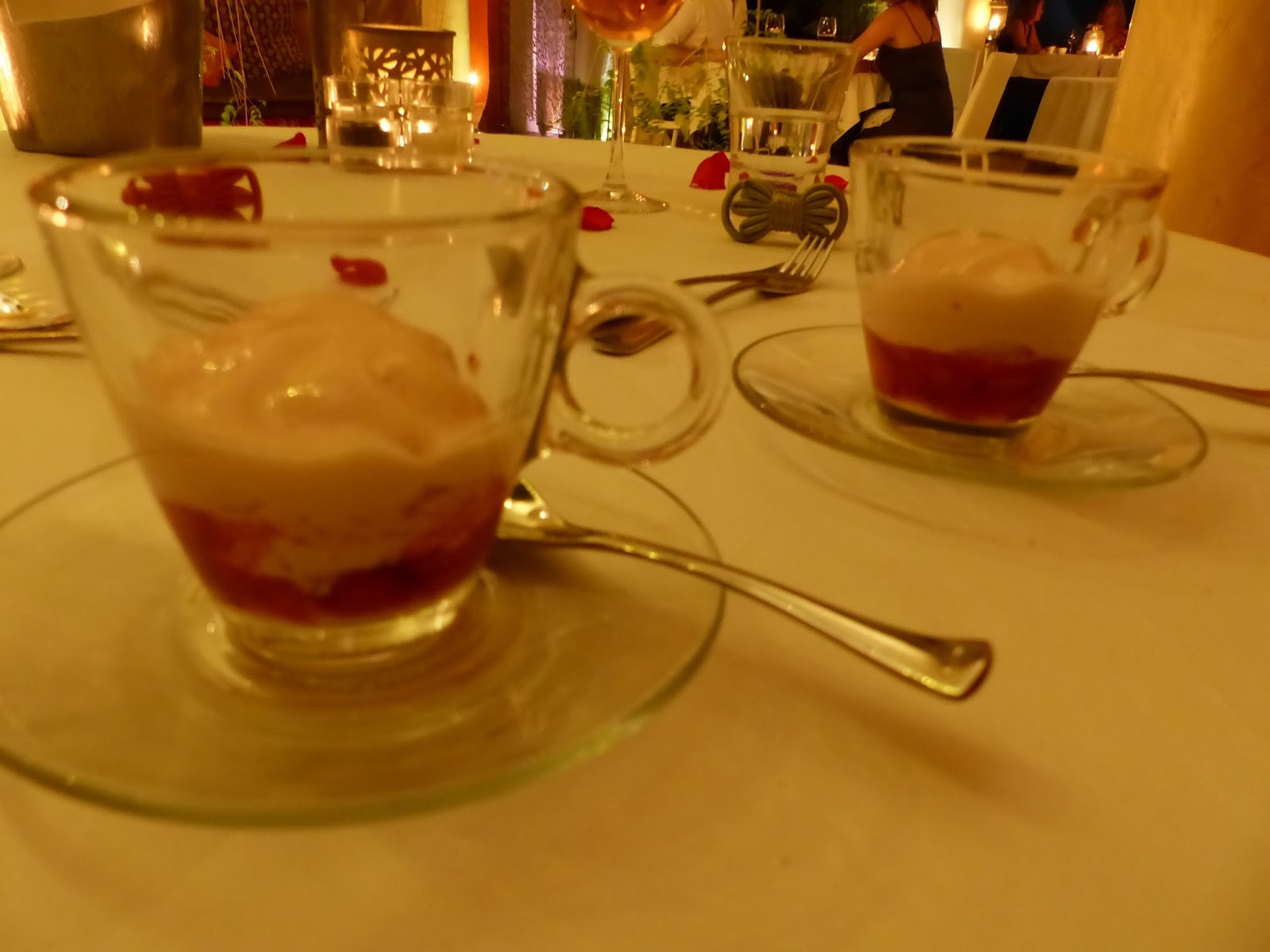 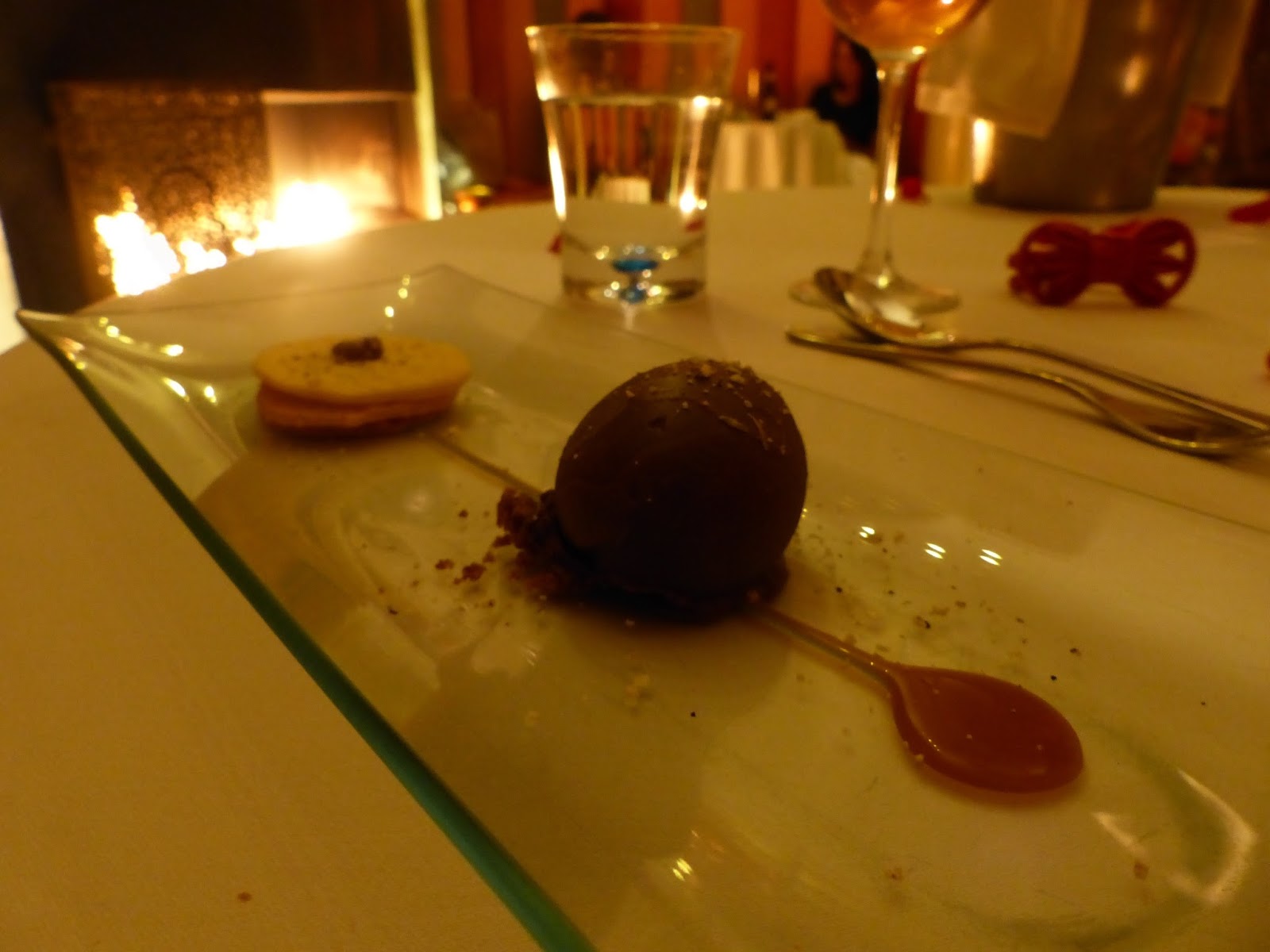 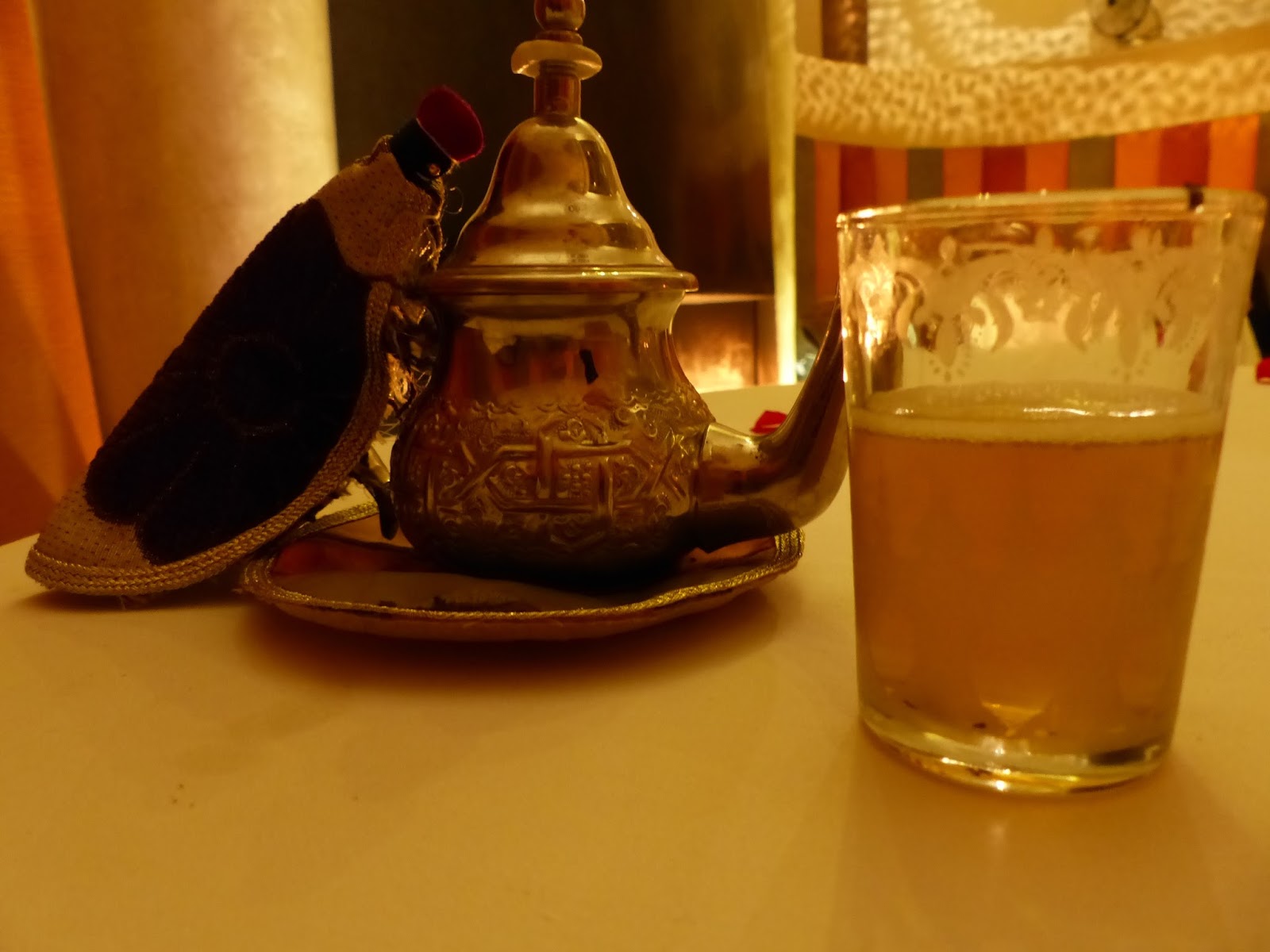 If you are ever in Marrakech, save some money and make sure you are booked well in advance – we secured our table 30 days ago. The set menu is the equivalent of £50 each, plus drinks. It may seem expensive but put this place in the middle of London and you would be paying far, far more. It was without a doubt worth every dirham and if we are ever back in Marrakech, we would love to stay at their hotel too! 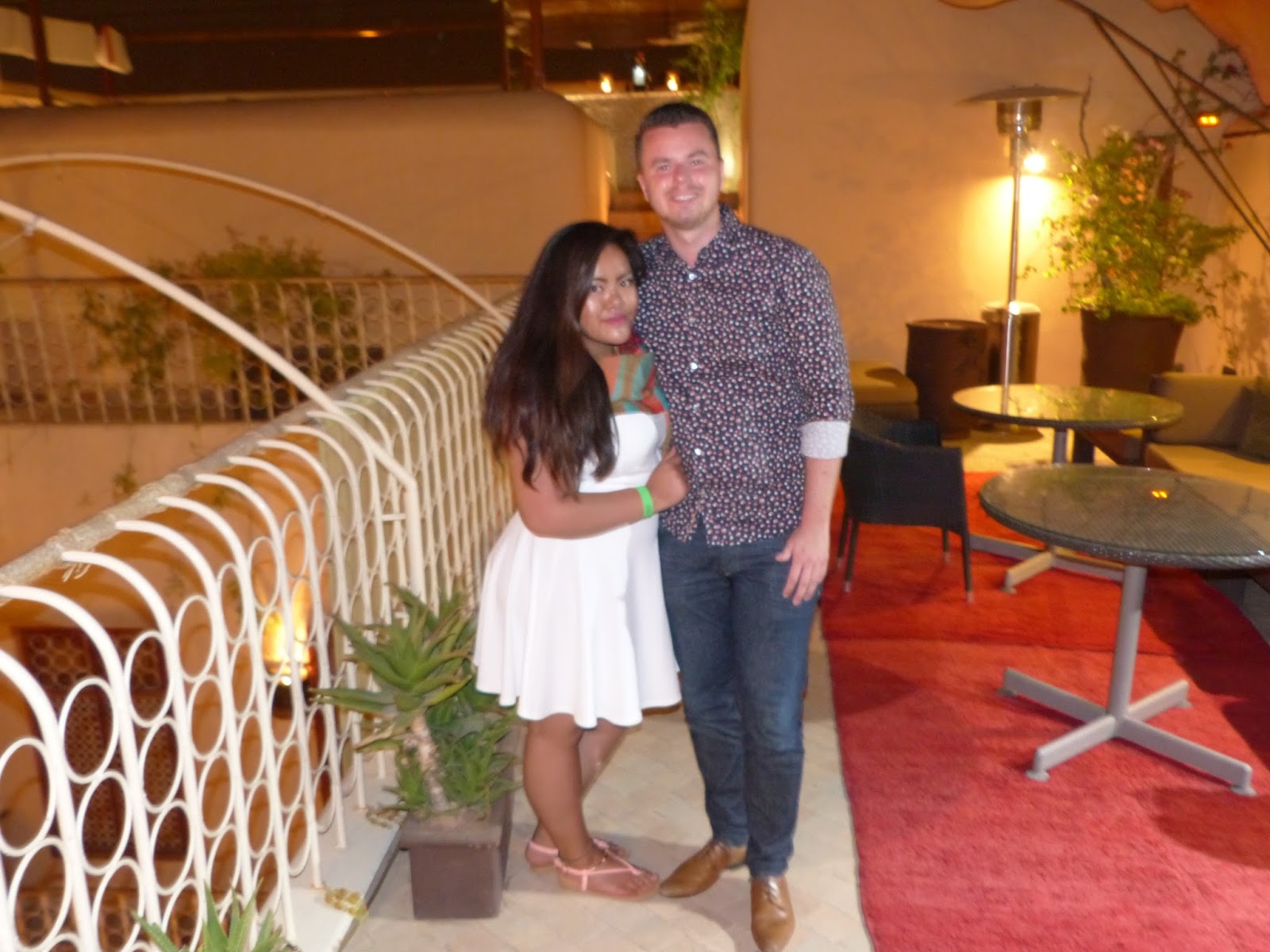 Finally, a personal escort back out to our taxi and we are still talking about how great the night was hours later whilst writing up this post.