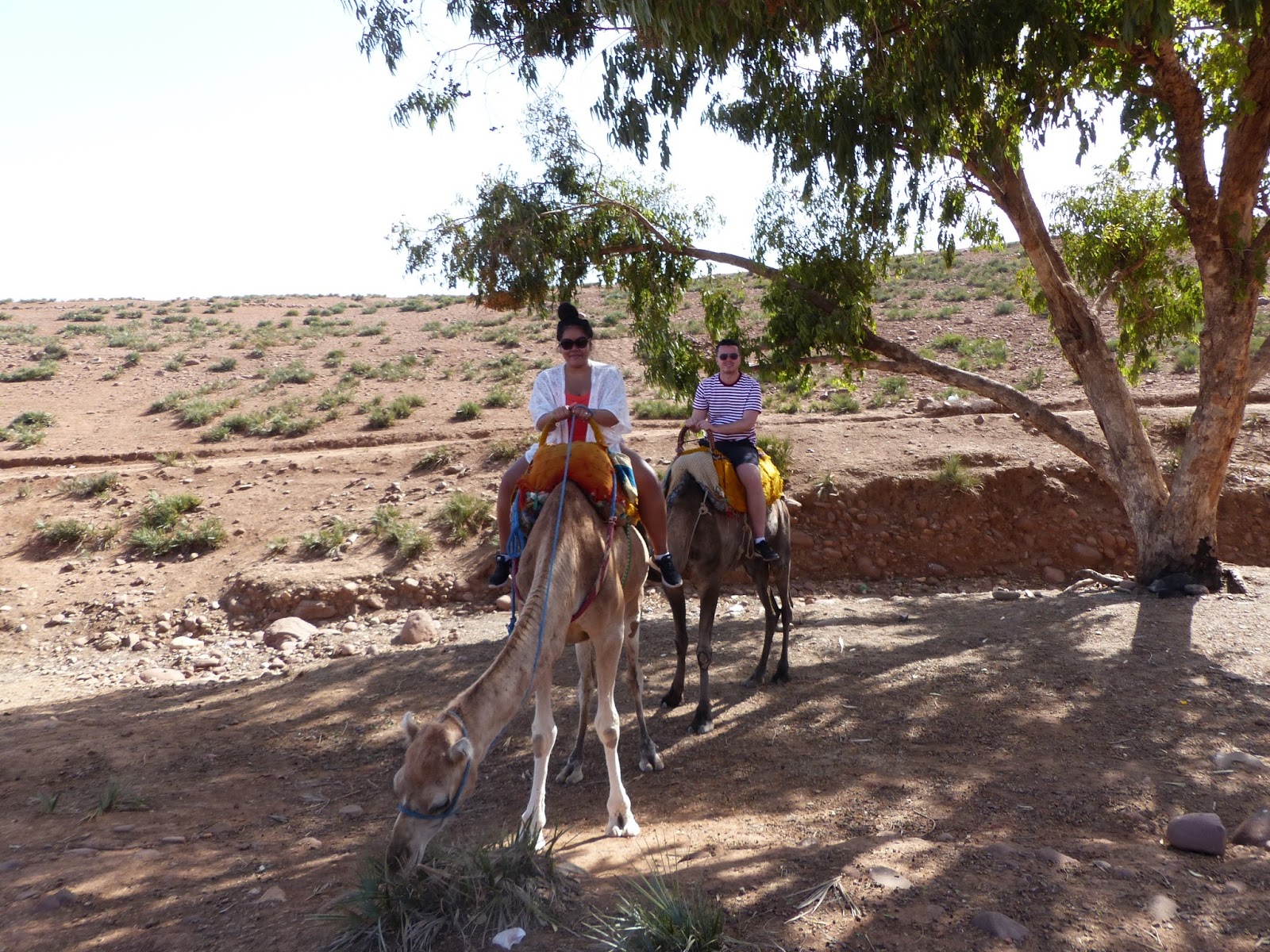 Where to begin with trying to explain an indescribable day, seriously, no words can do this day justice. If you ever plan to come to Marrakech, we highly recommend this tour, as would TripAdvisor, as it is the number 1 thing to do here. We’re going to try explain to you in the best way possible and hope the pictures create a better story for you.

Our day began at 9am and was picked up in a black Toyota Land Cruiser by our guide Abdulah.

As we started our journey, Abdulah explained briefly our day plan and explained many facts about Marrakech and the landmarks we had passed. Some facts about the buildings all together really caught my attention; there are three rules all houses and buildings must follow by the government, all buildings have to be orange/red like their soil as respect, no building is allowed to be taller than the main mosque in the centre and You are not allowed to cut palm trees, e.g., if you have land and want to build but there is a palm tree in the way, you’ll have to pay to get them moved or build around them.

The drive was about an hour and as we were getting closer and closer, it was easier to see the mountains in the distance. The lines and silhouette it created one behind another made it look like a painting, a watercolour painting to us anyway. Our first stop was the Oriuka Valley, where we headed to see the real markets, as our guide mentioned that that markets in the centre are fake and just for tourists, what we were about to see was the real deal; sheep selling, even chickens being cleaned and raw meat dangling right in front of us. Although this was a market, we were not as bothered as much, maybe it was due to the well known guide we were with but it made us feel at ease. We didn’t not purchase anything but it was definitely a different experience to have, especially with their 4×4 donkeys as transportation. 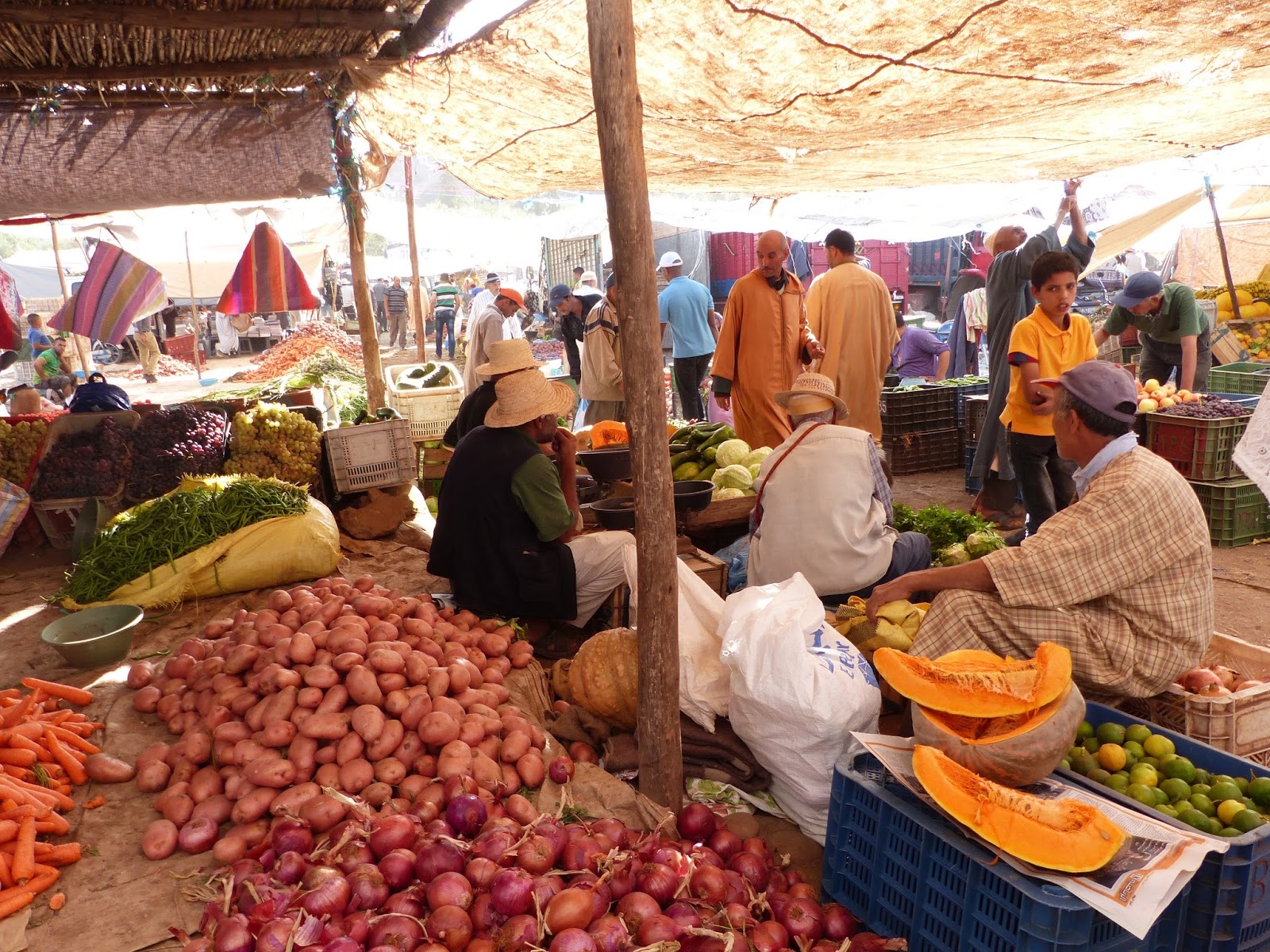 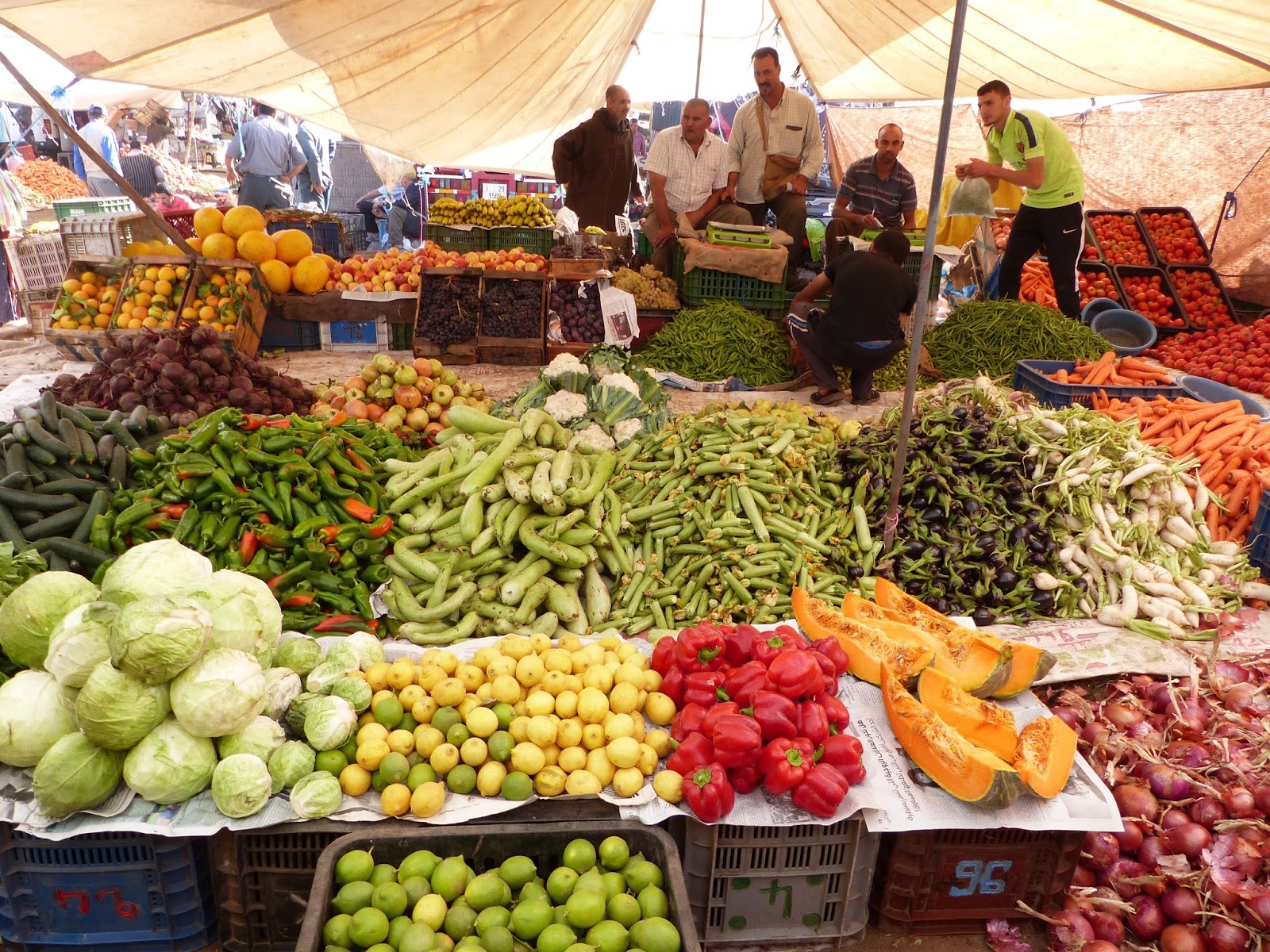 Our next destination was an optional 20 minute camel ride which cost 100 DH each. Of course I was prettified at first, but it’s such an amazing experience to not give it a go, it’s a bumpy as imagined, but simply the thought of being on one and the weather and the views just completed the whole experience for us. The camel guide was very lovely in taking these pictures of us and always asking us if we were okay. Once the ride was over, I made a horrendous sound while the camel was folding back down and quickly returned to our car. 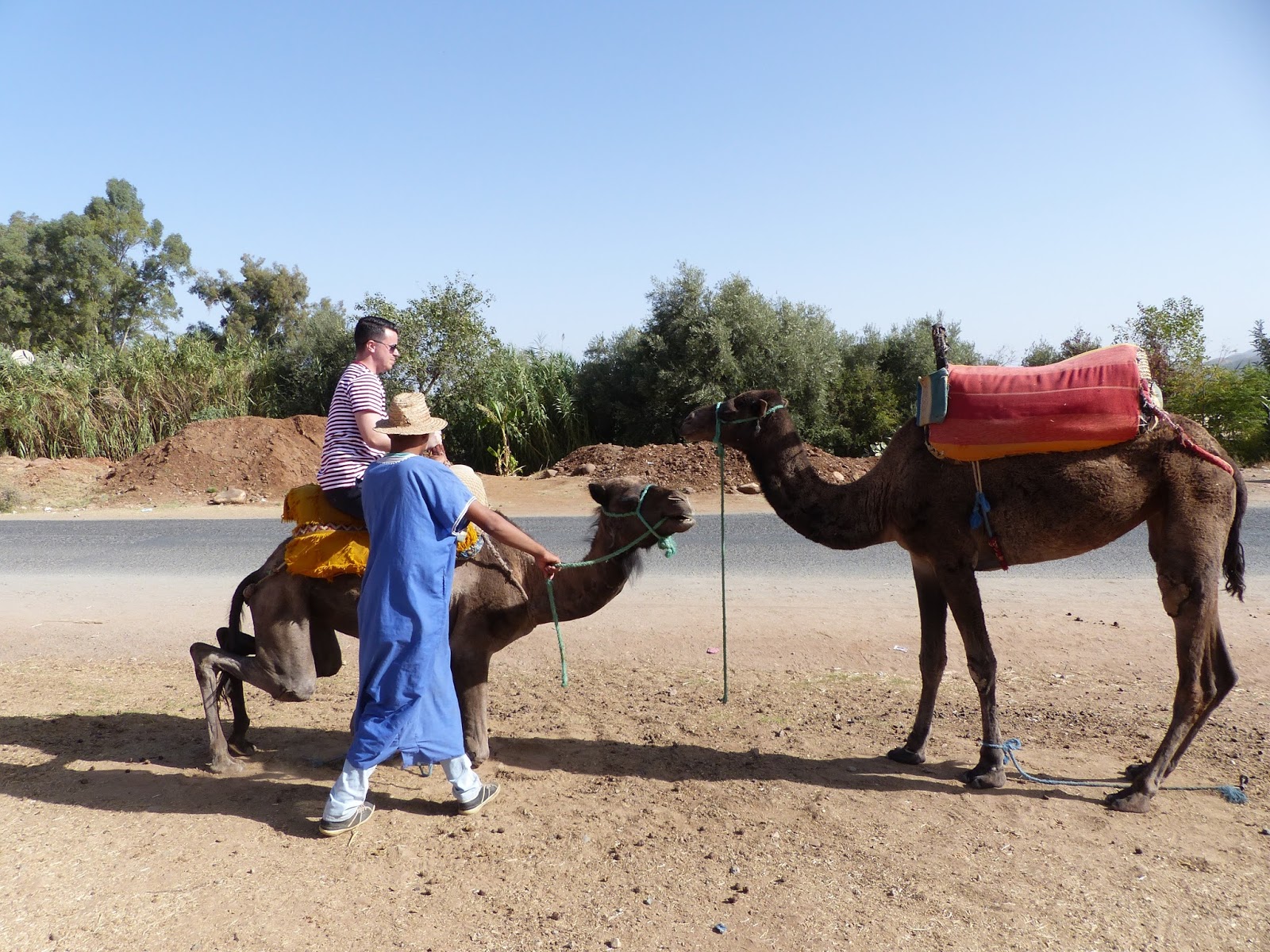 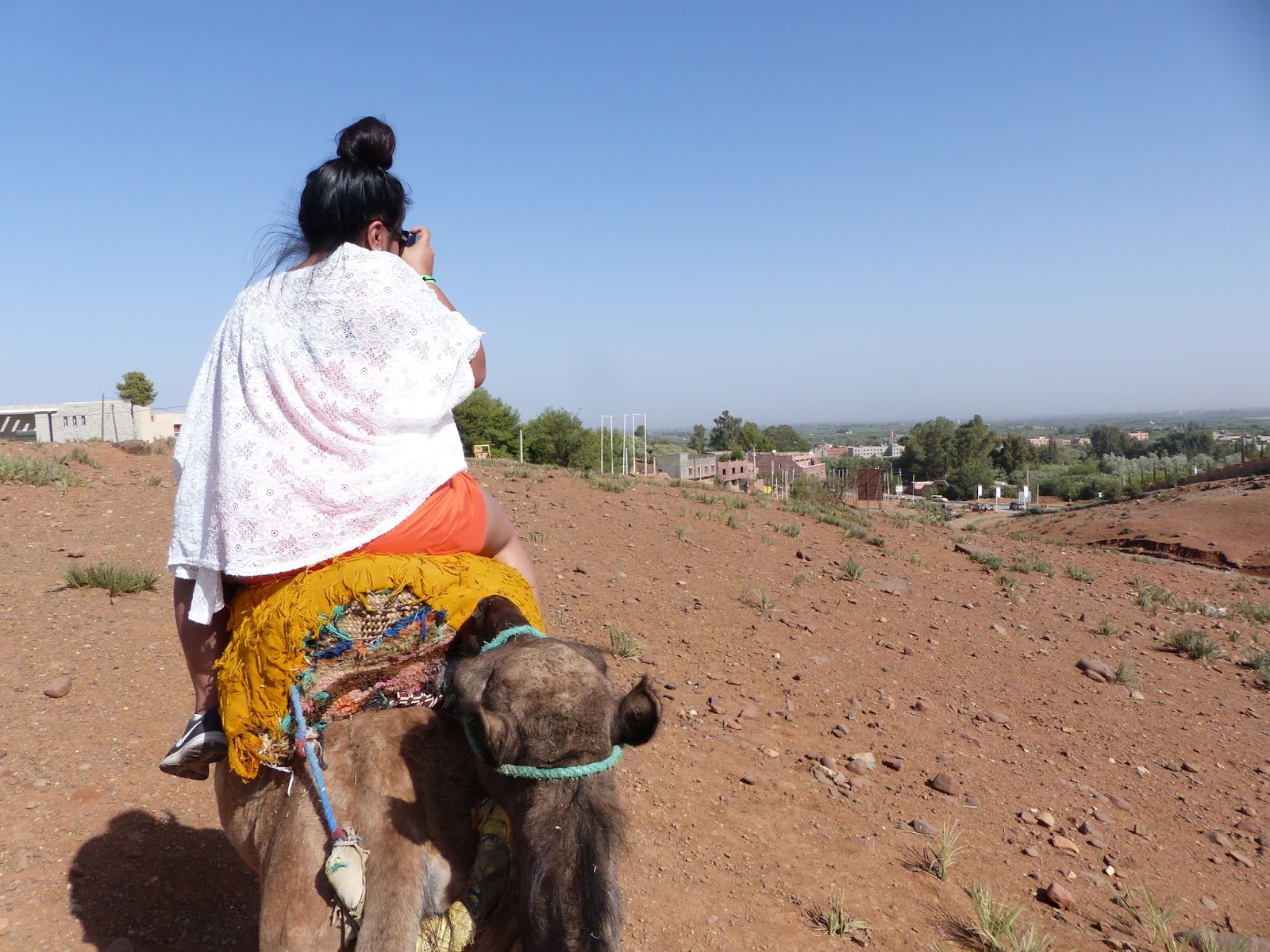 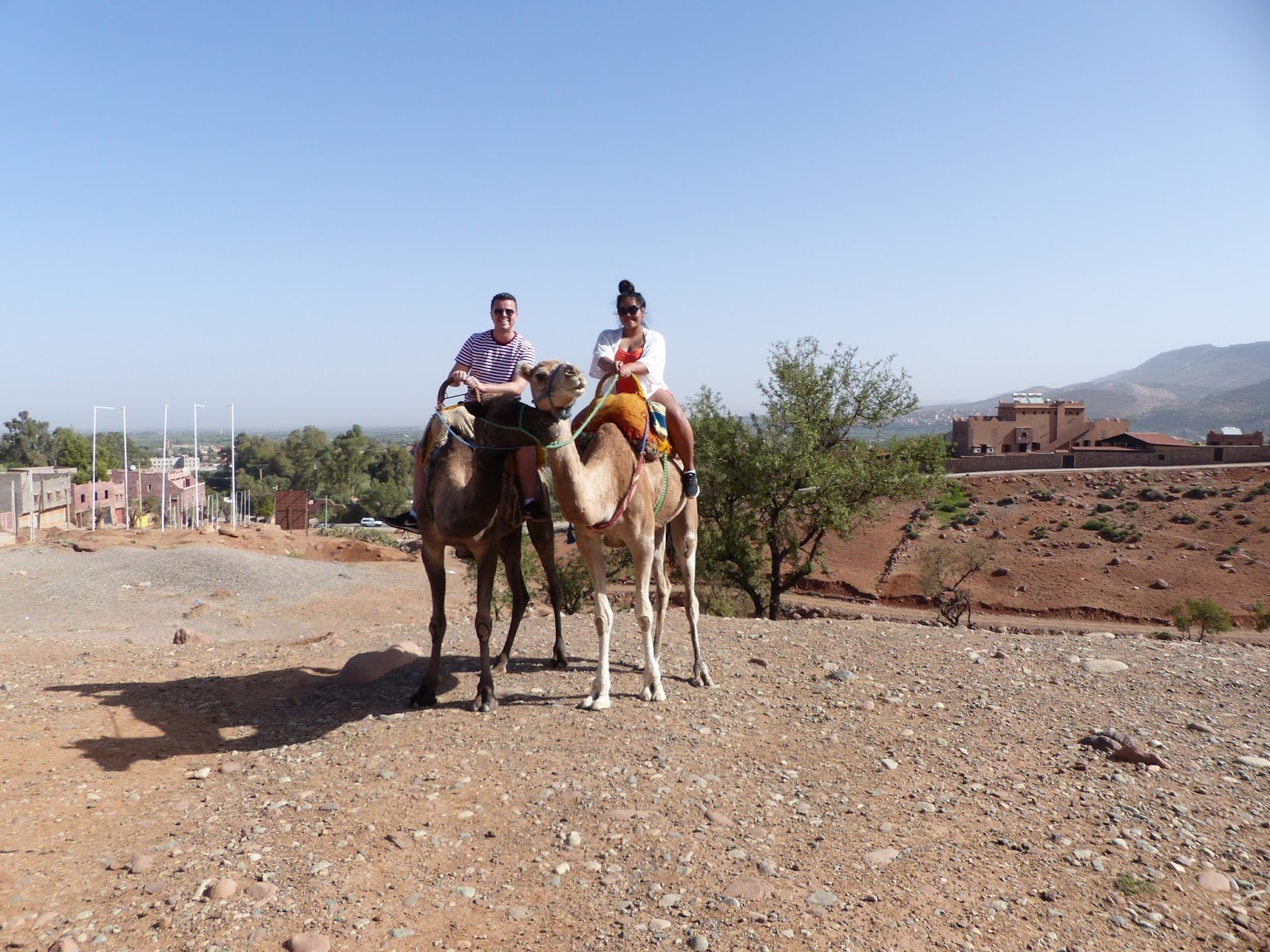 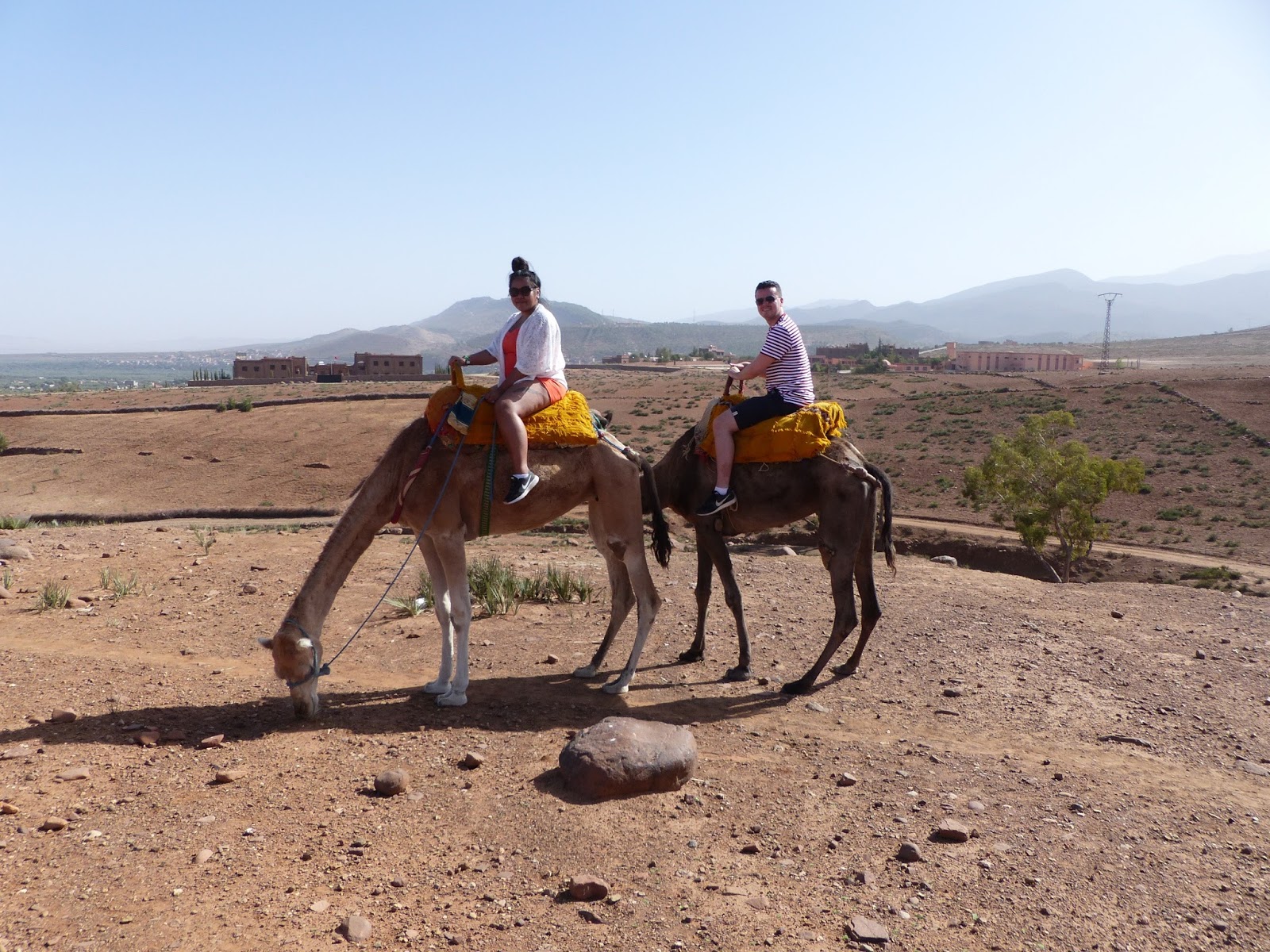 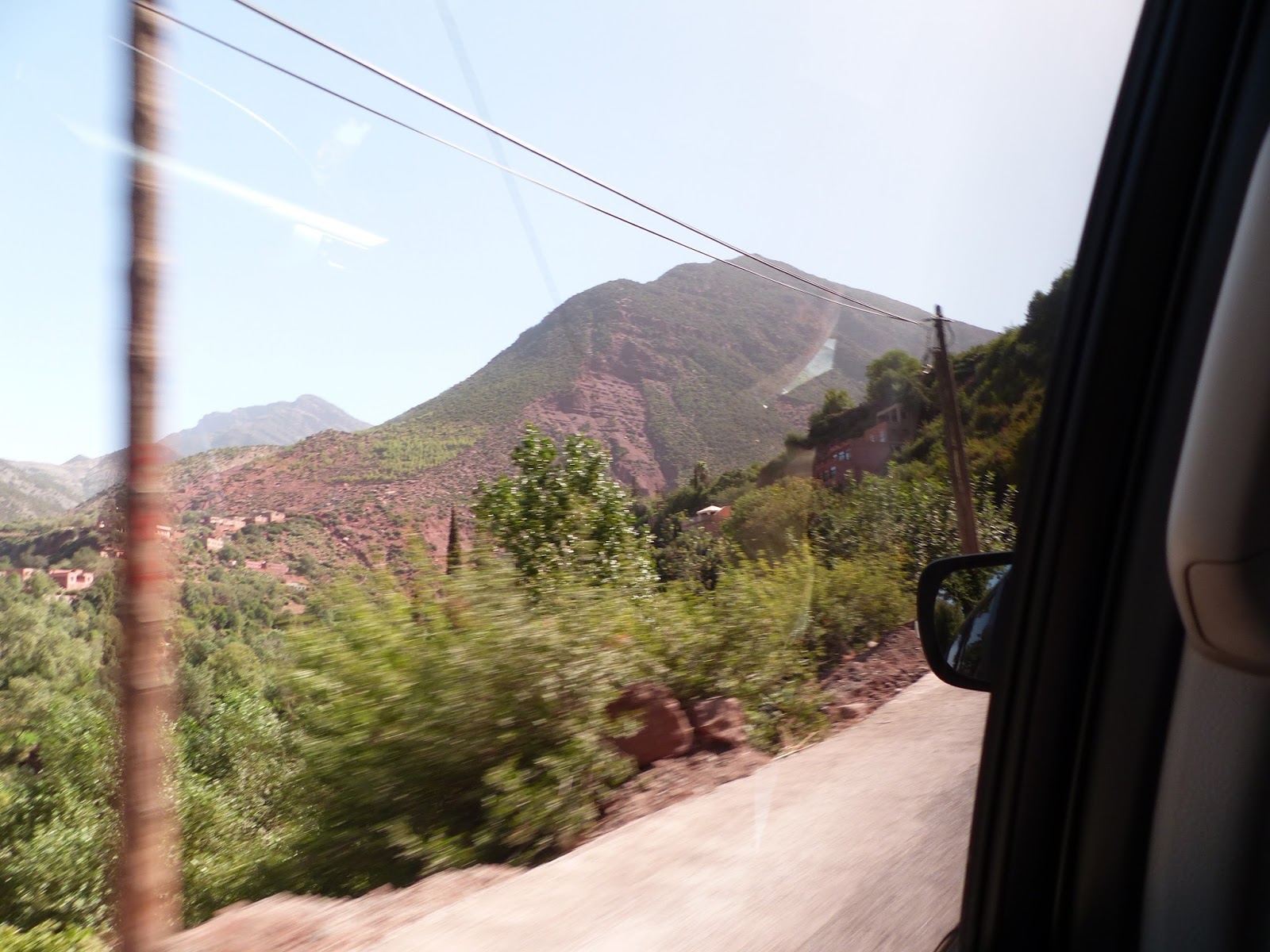 Our next destination was to visit the women workers who create the argan Oil by hand, everything is hand made as there are absolutely no machines involved. On arrival we were handed over to a lovely lady, who kindly explained the process of how these women create argan Oil and so much more, as nothing from the seeds are wasted. We were then taken upstairs where all the ready made products were being sold, as well as being able to taste their freshly made argan oil that you can eat (salad etc), peanut butter, extra olive oil and honey with their freshly made warm bread. We got to try their other skin products and had an explanation of what was what. After having a good look around the store, we opted to buy the honest as it was James’ favourite of the 4. Before leaving, we were invited to head to their rooftop to take pictures of the mountains. 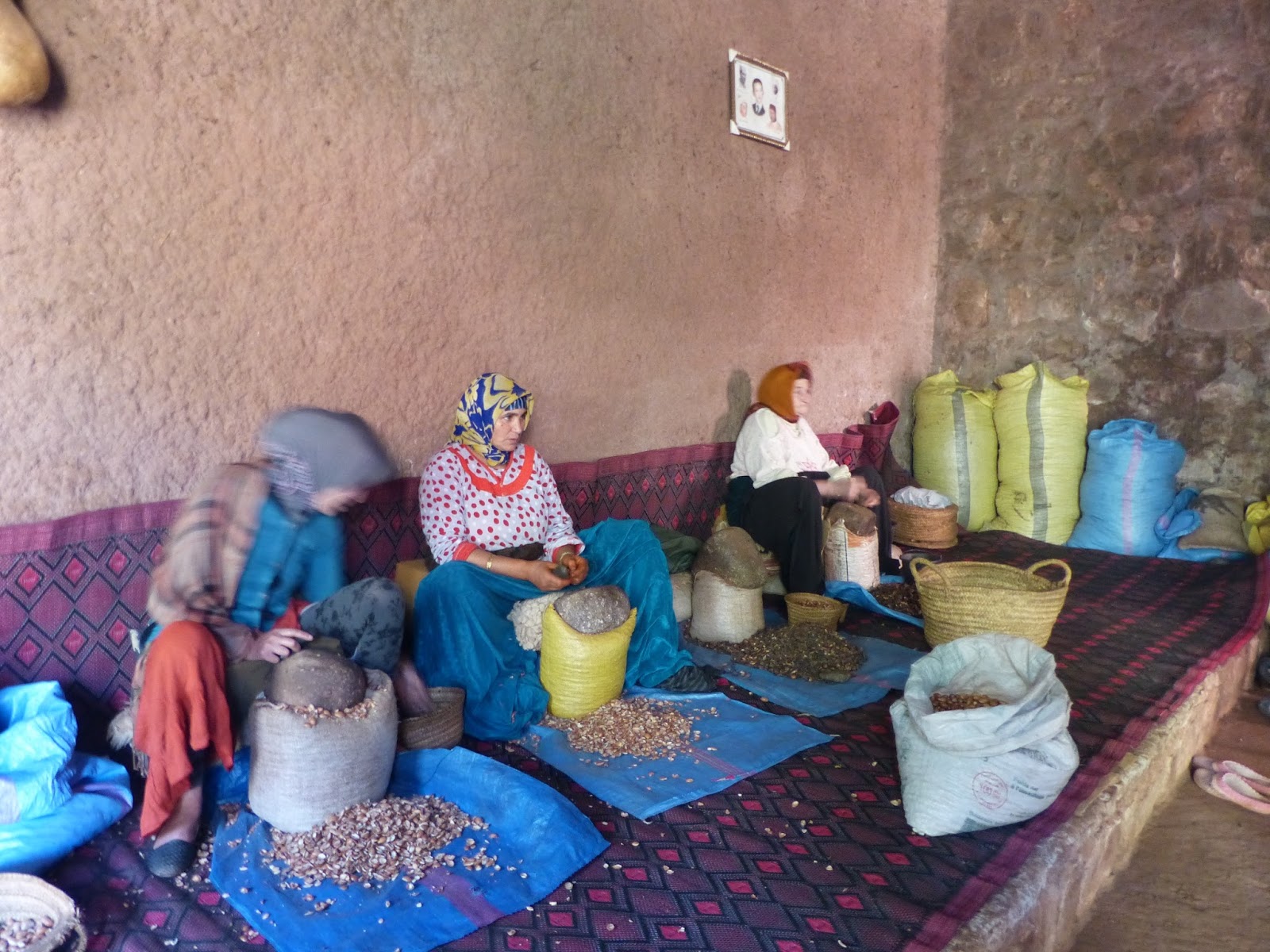 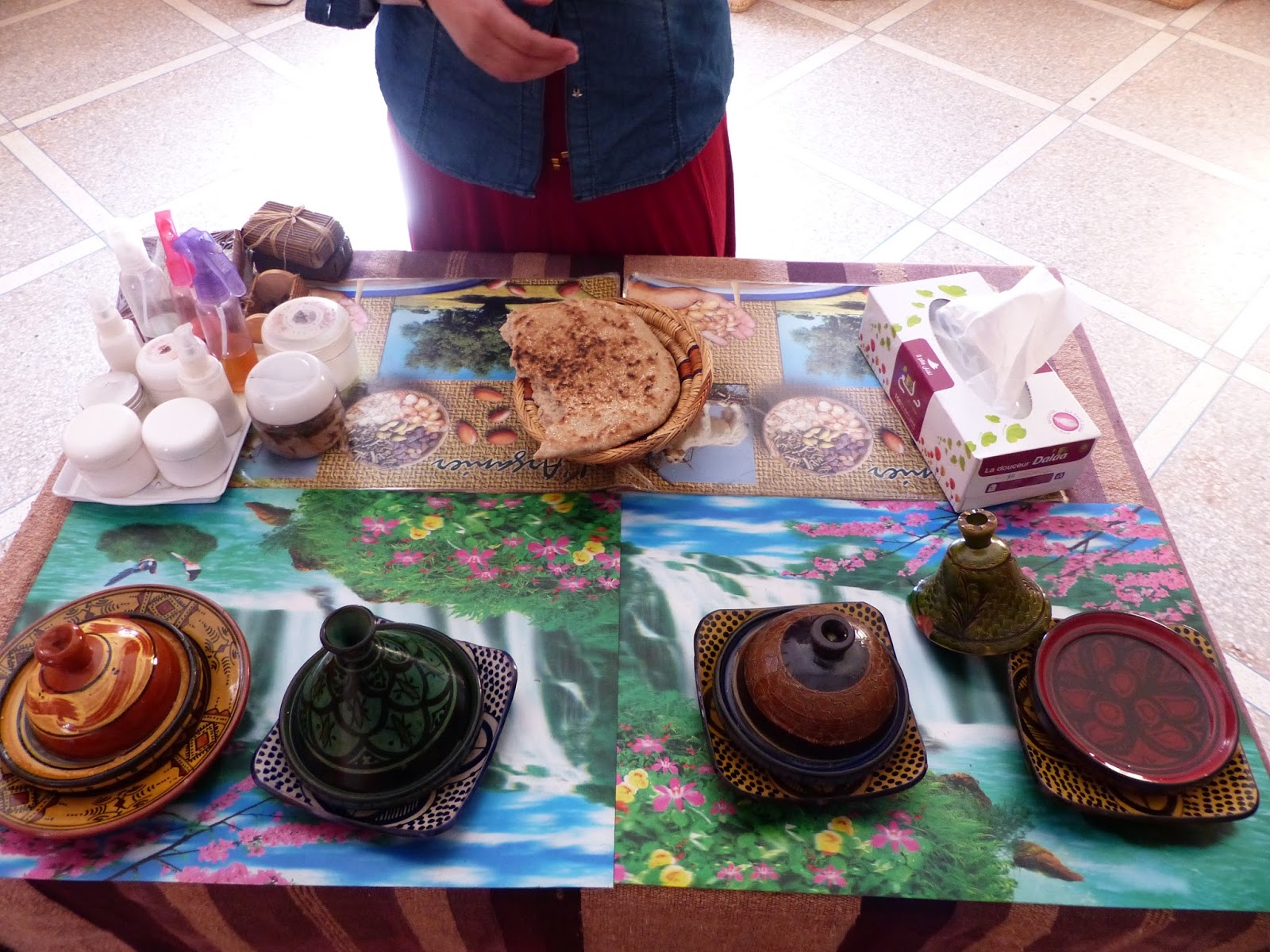 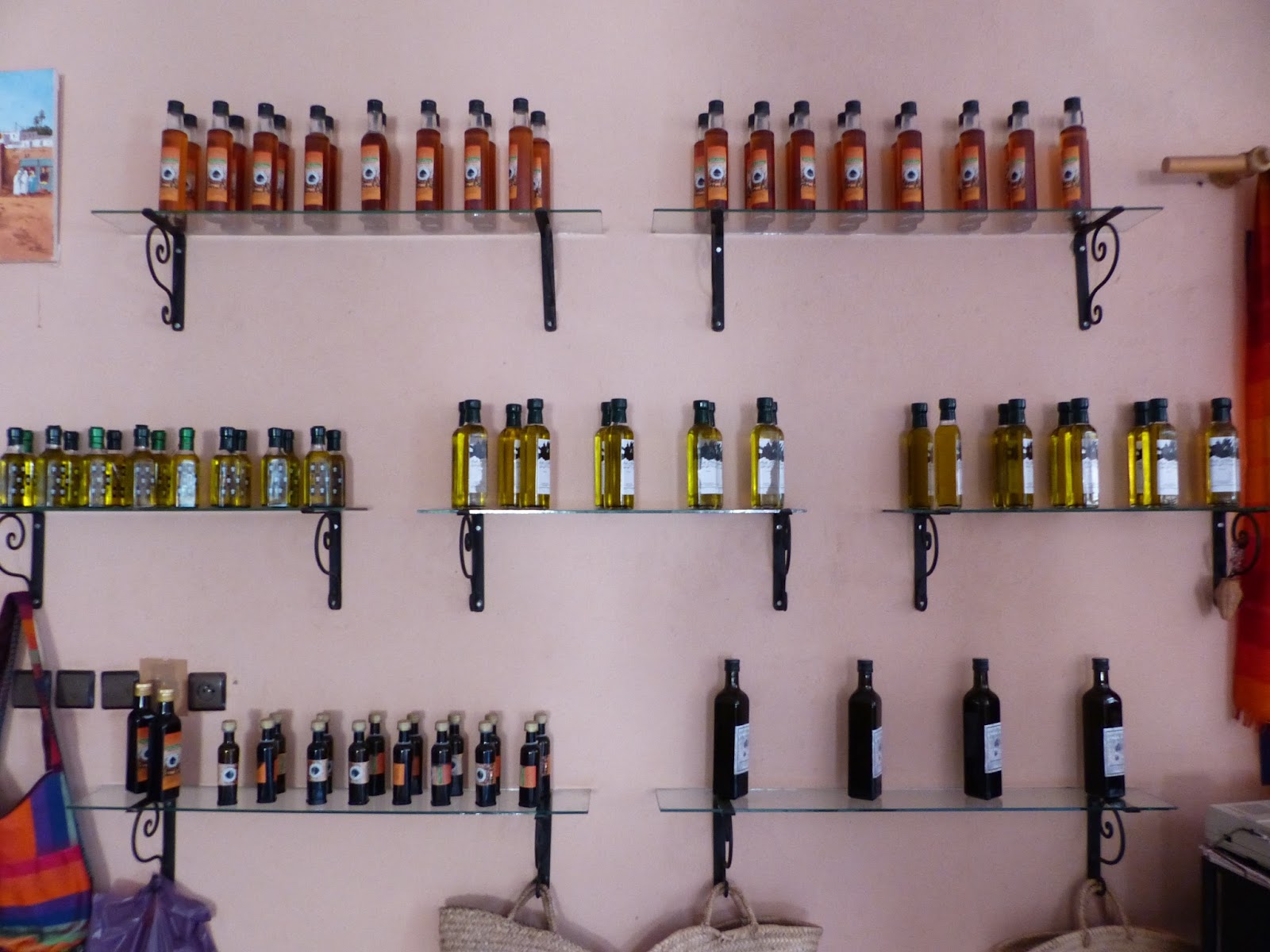 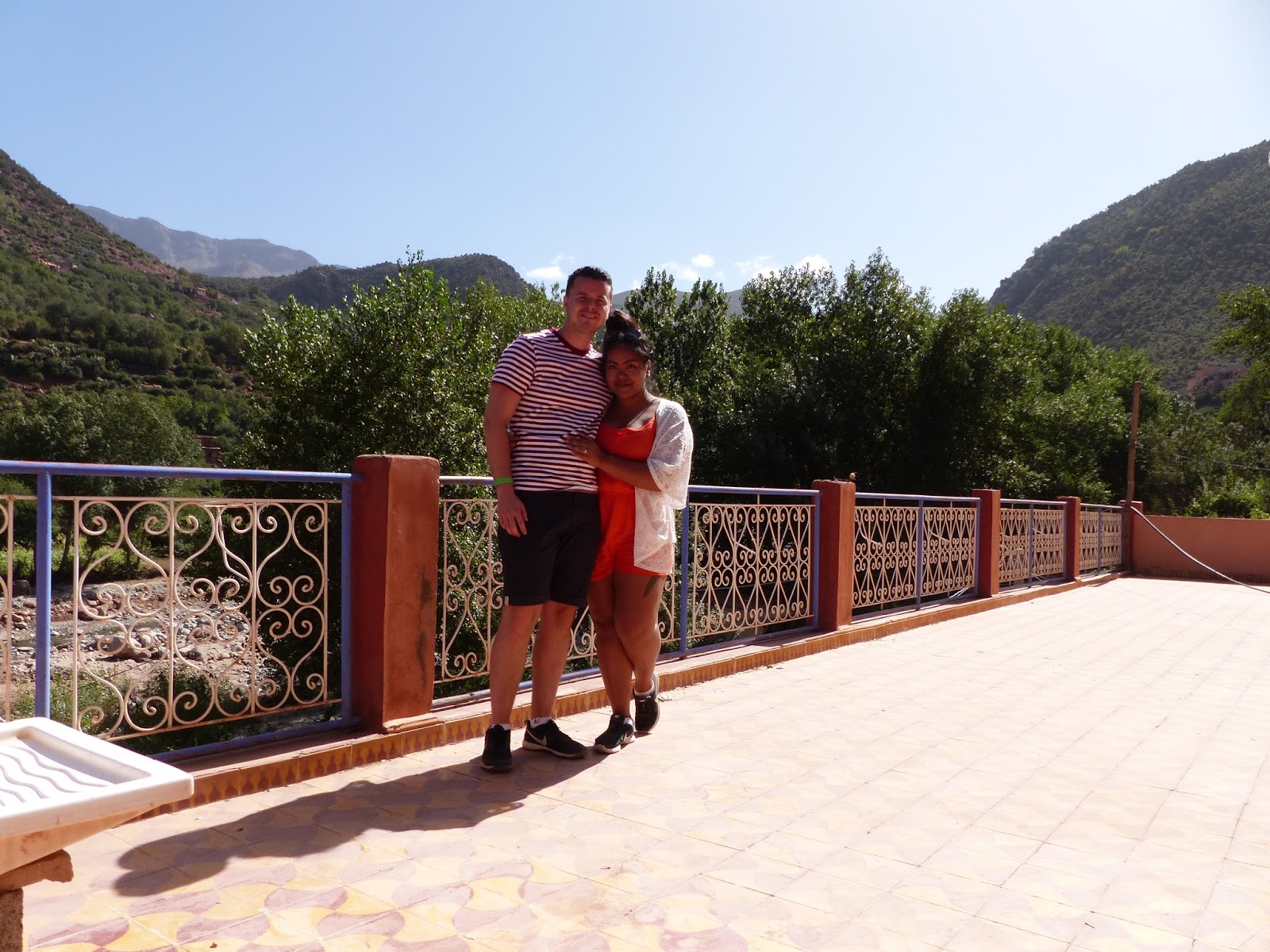 Opposite the venue from the agran oil place, our guide invited us to have Moroccan mint tea with him by the river side. He said he invited us, so it was his treat, honestly how lovely is he. He explained the traditional way of mixing the tea, pour into the cup and pour it back into the pot, you do this three times, as they do not use a spoon for mixing it inside. After he has finished his cup, he offered us the rest and told us to take our time as he’ll wait for us by the car. Did we mention how amazing these views are!?! 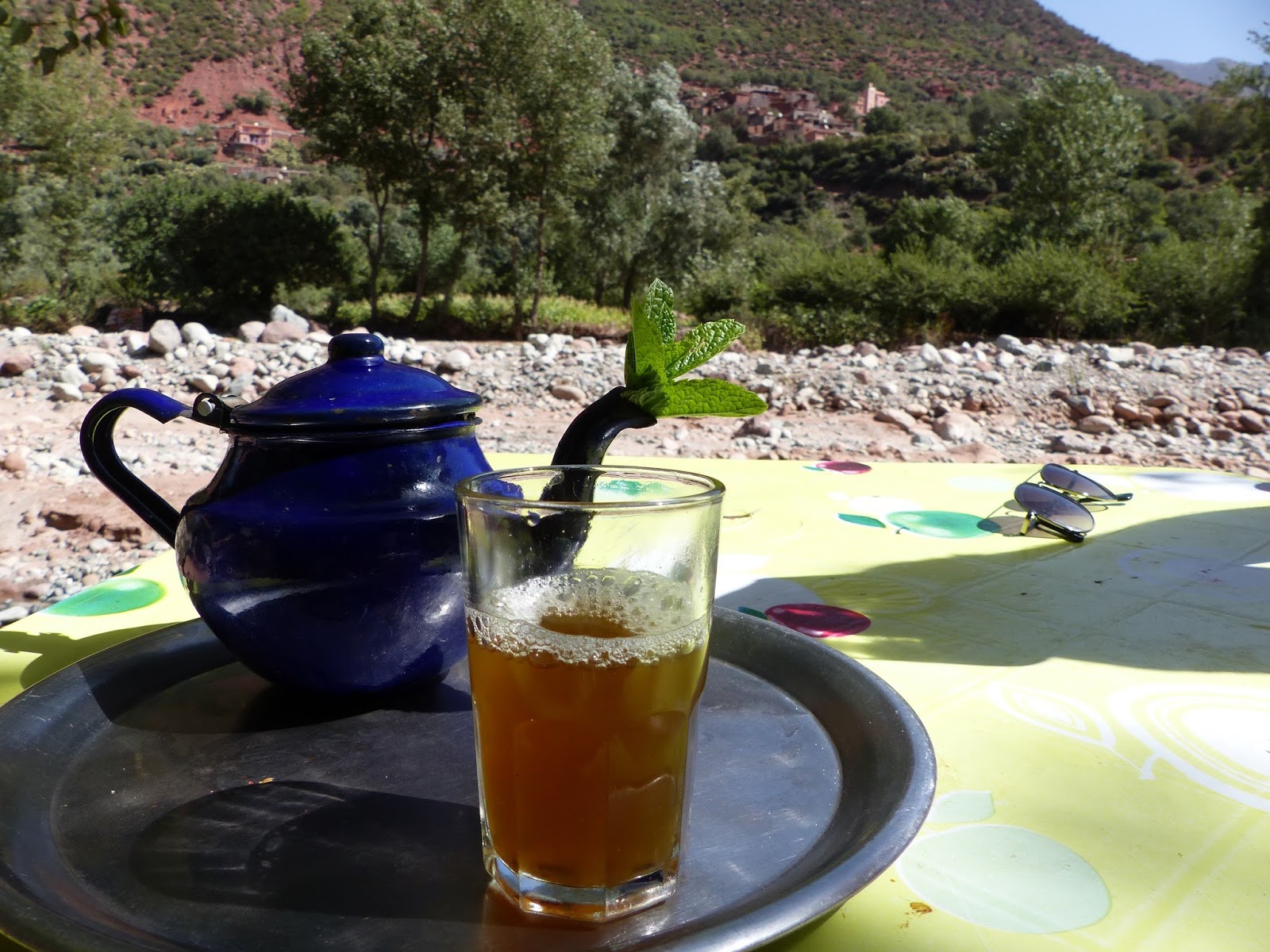 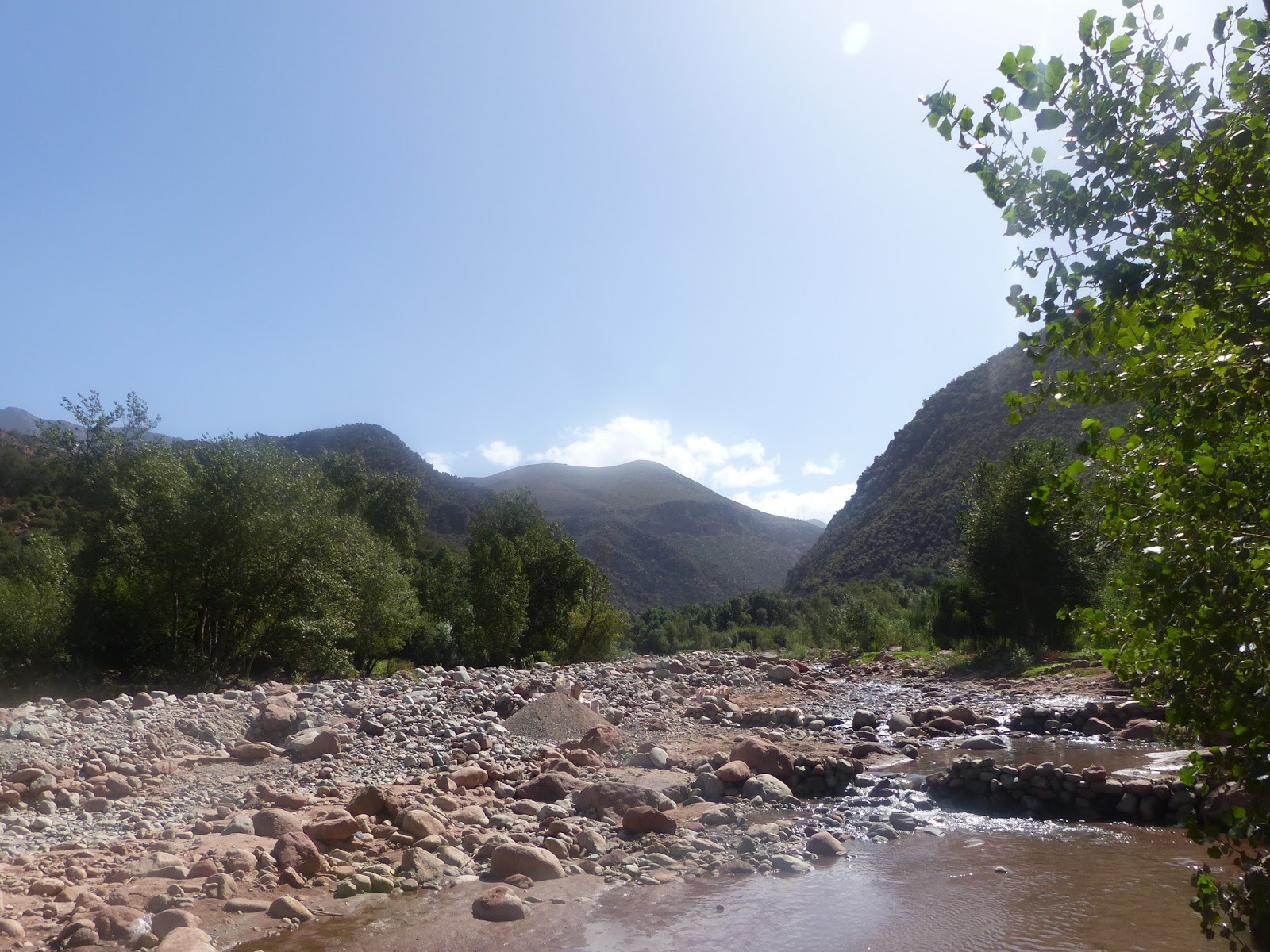 Back on the road, we went through the “off-roads” which we presume are the back roads towards going up the Atlas Mountains. A few meters up, Abdulah offered to let us and walk for a bit and of course would be waiting somewhere further ahead. I’ll let the pictures speak for this one… 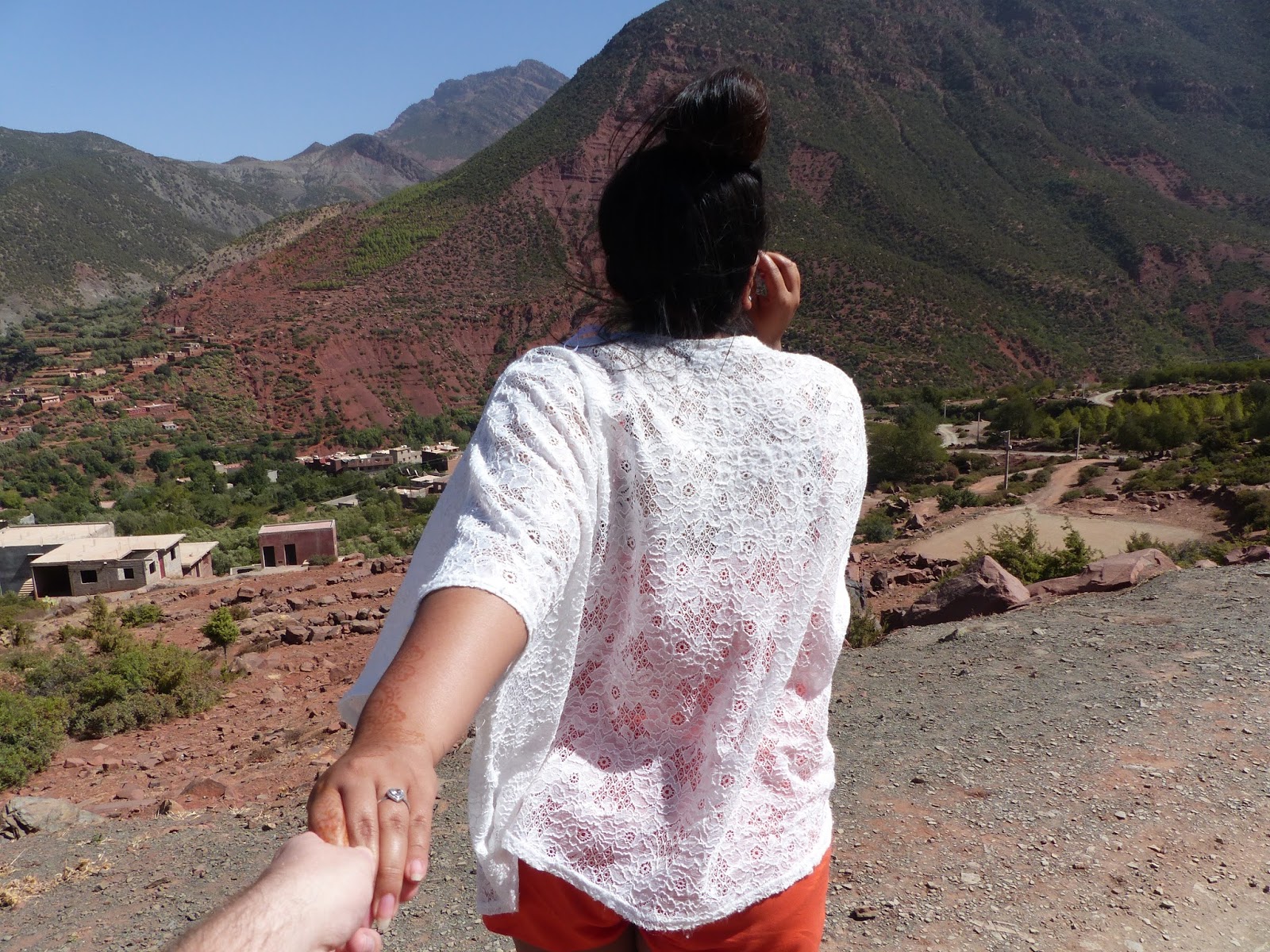 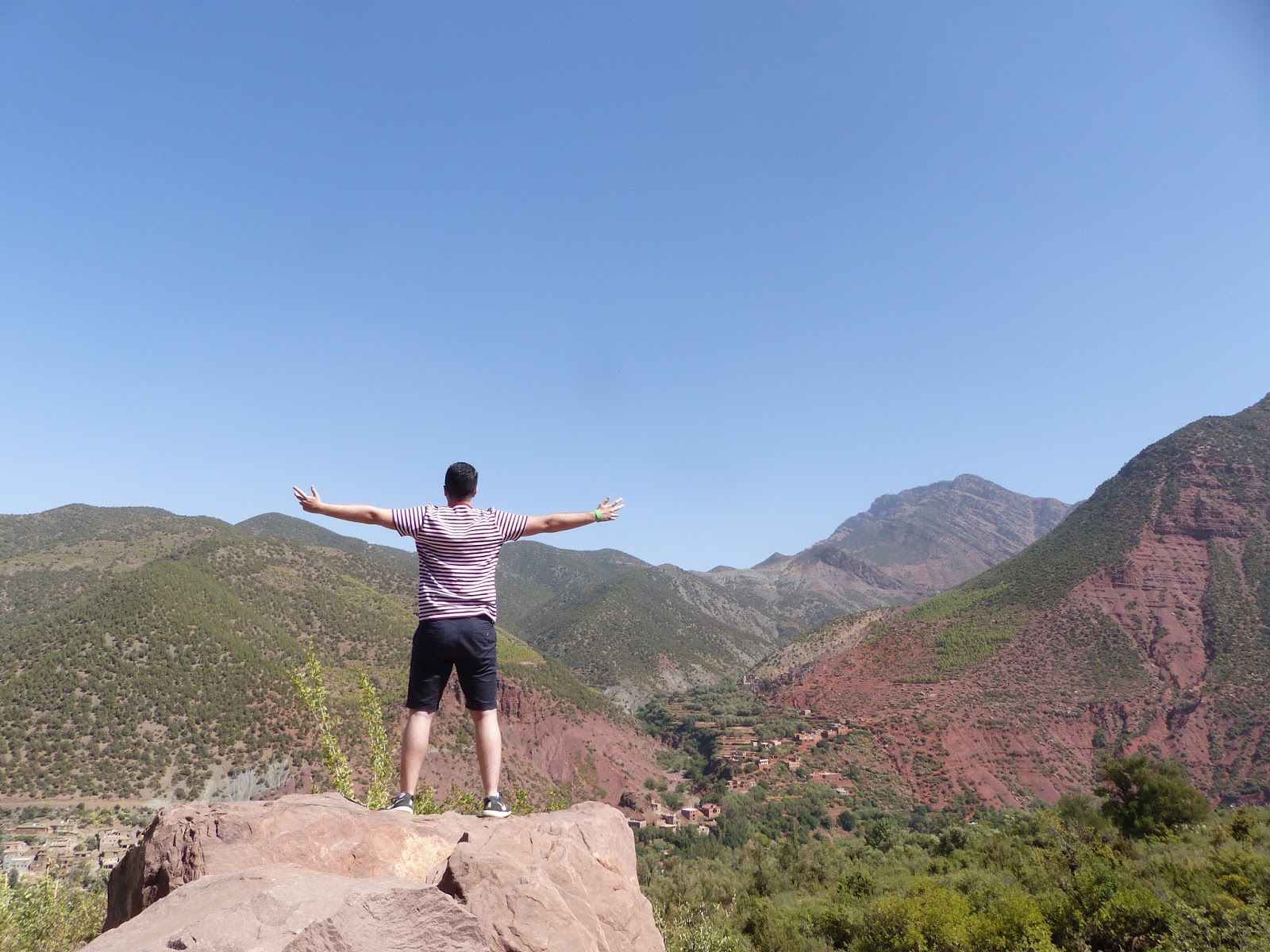 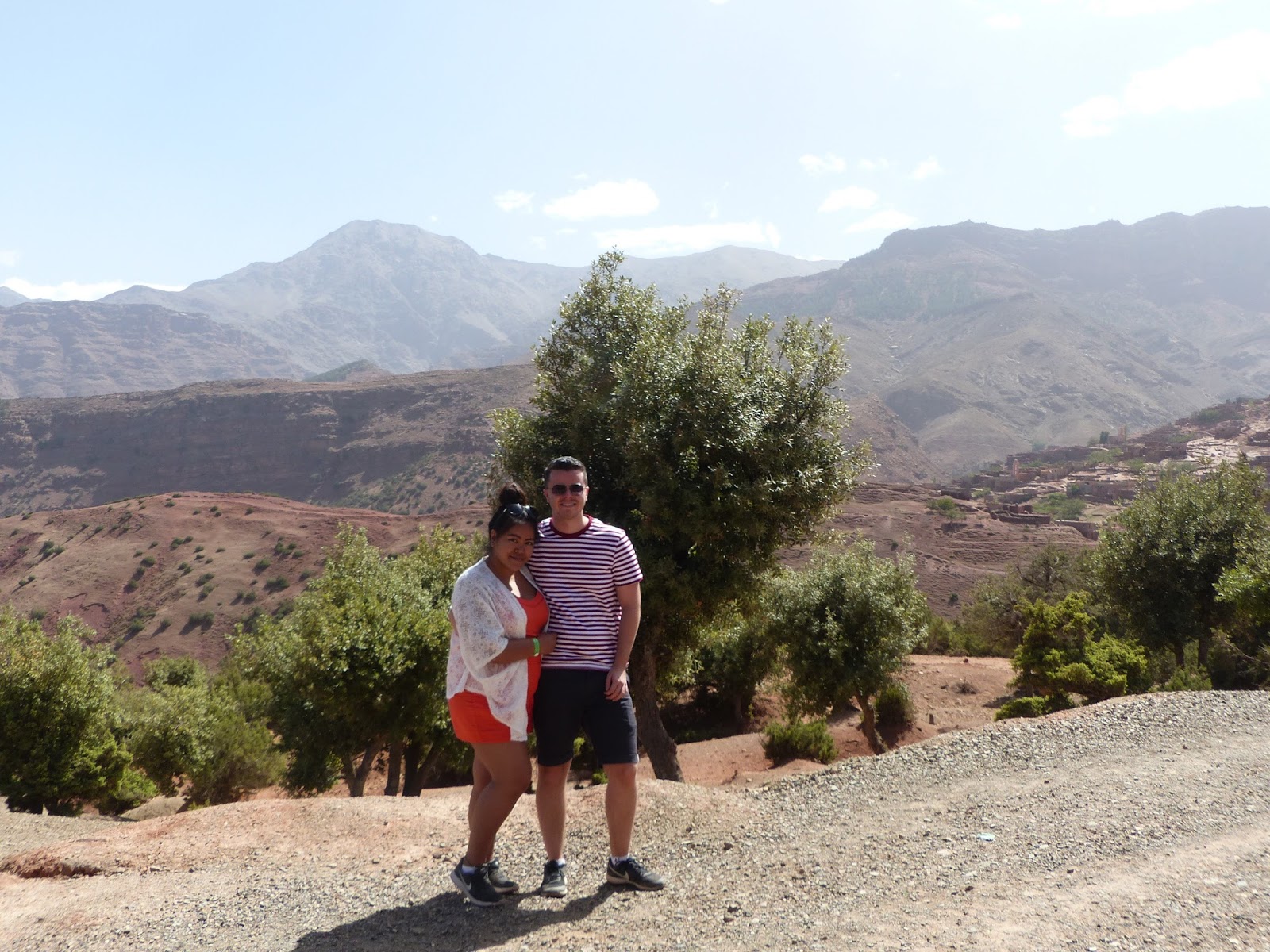 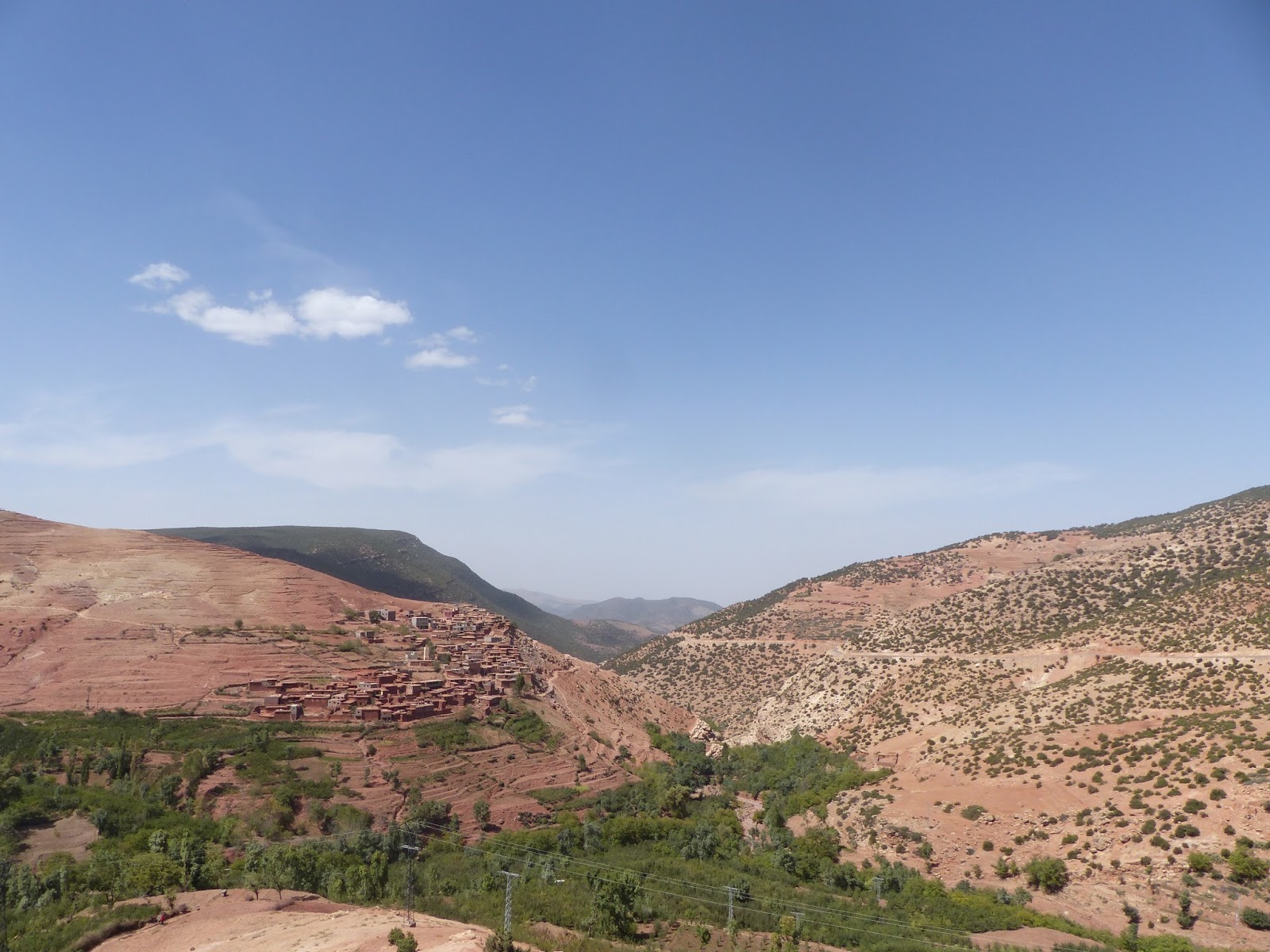 After a lengthy scenic and absolutely prettifying (for a person scared of heights) to be sitting on the side where it looks like you could fall at any turn, we passed another Valley, these were different to the others, some of these buildings were over 150 years old. As the drive continued, we passed many young chicks ten waving at the driver, some would even run after the car, we never asked for what but when we had stopped to take pictures, they would come up to the window and of course we didn’t understand but we presumed as it was lightly mentioned on the email that there are a lot of orphanages in the area.

More turning and more scares, it was time for lunch. This lunch was like no other meal we’ve had so far in Morocco, we were privileged to be able to have lunch at an actually residences home on the mountain, where they all cook their food the traditional way, with coal and fire, no gas or electronics involved. Before heading to where we would be eating, we were shown around the house and explained what each room was and how they grow their own vegetables in their garden.

So far, the day has been simply amazing, but our lunch and the indescribable view, just made the day the best ever. For lunch we sat outside on pillows on the floor, with a low table, looking out at this view. 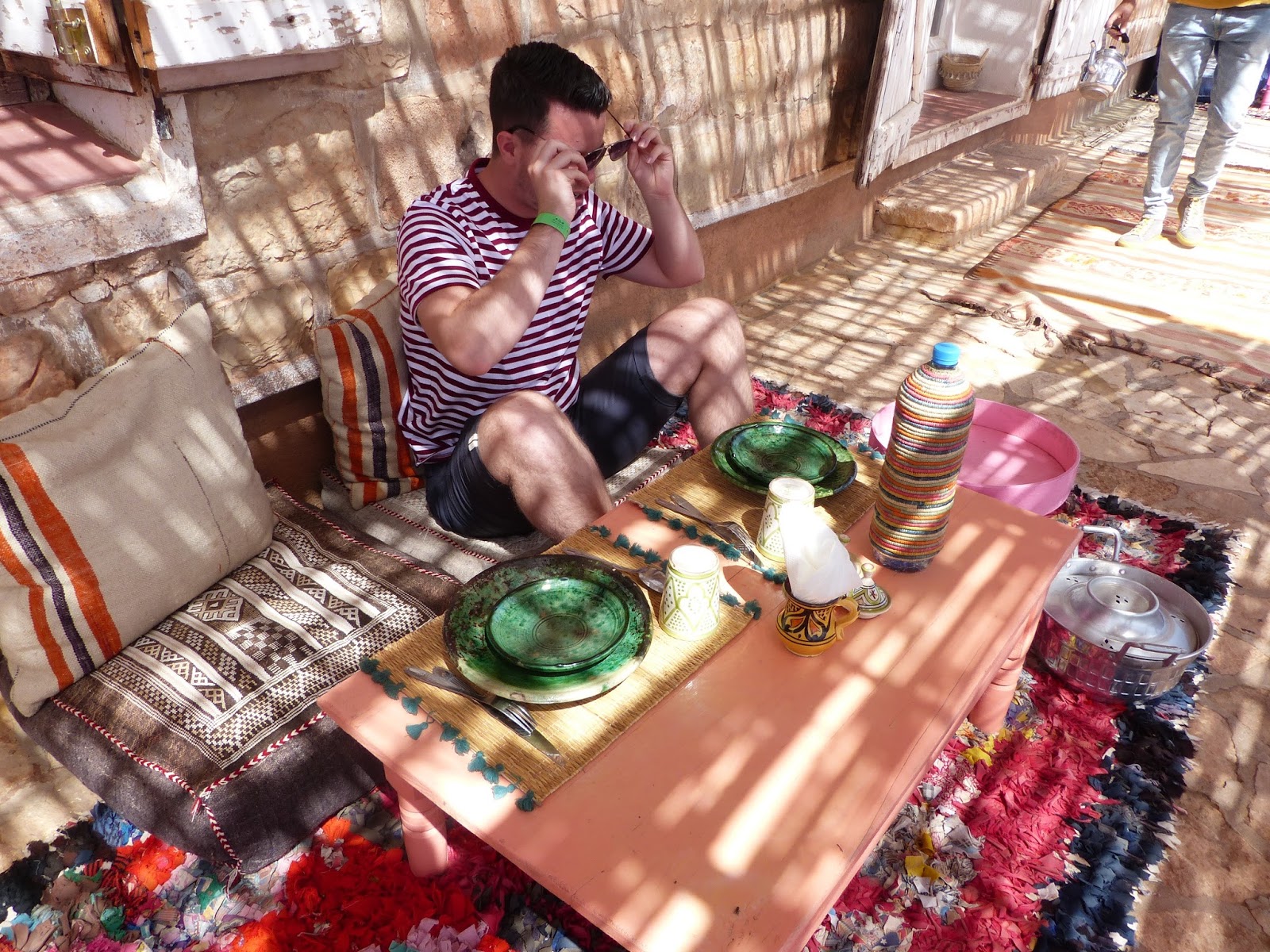 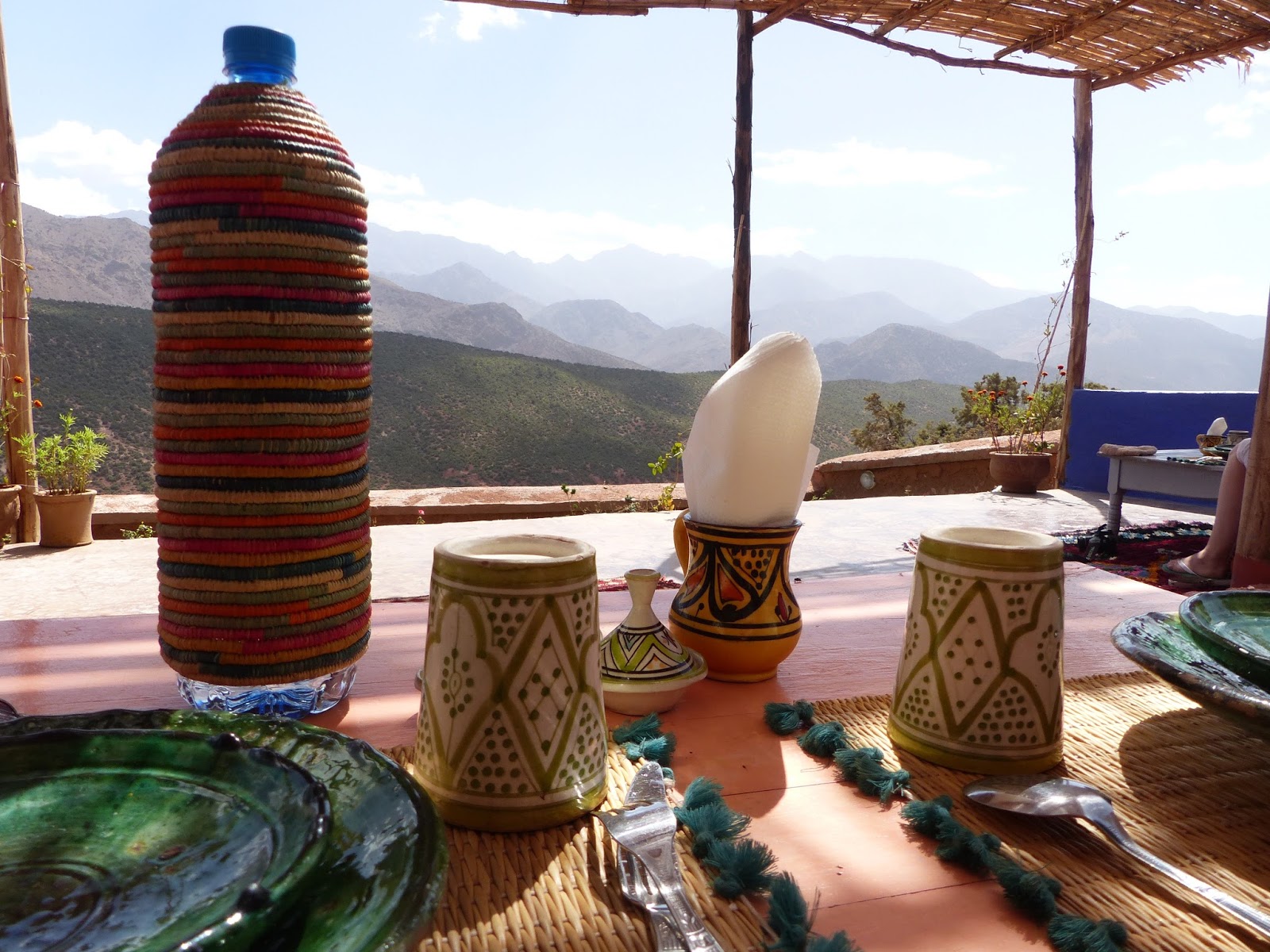 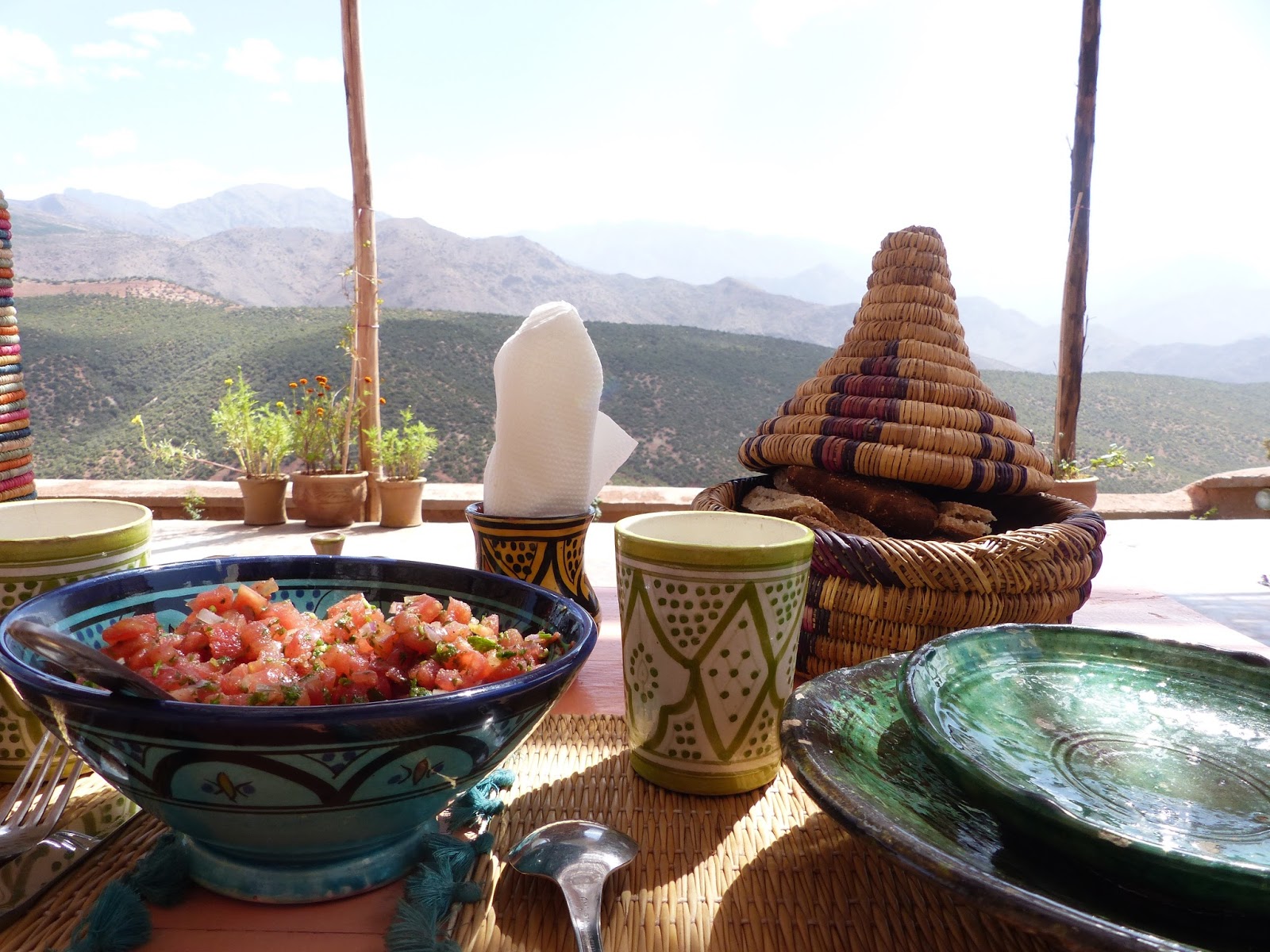 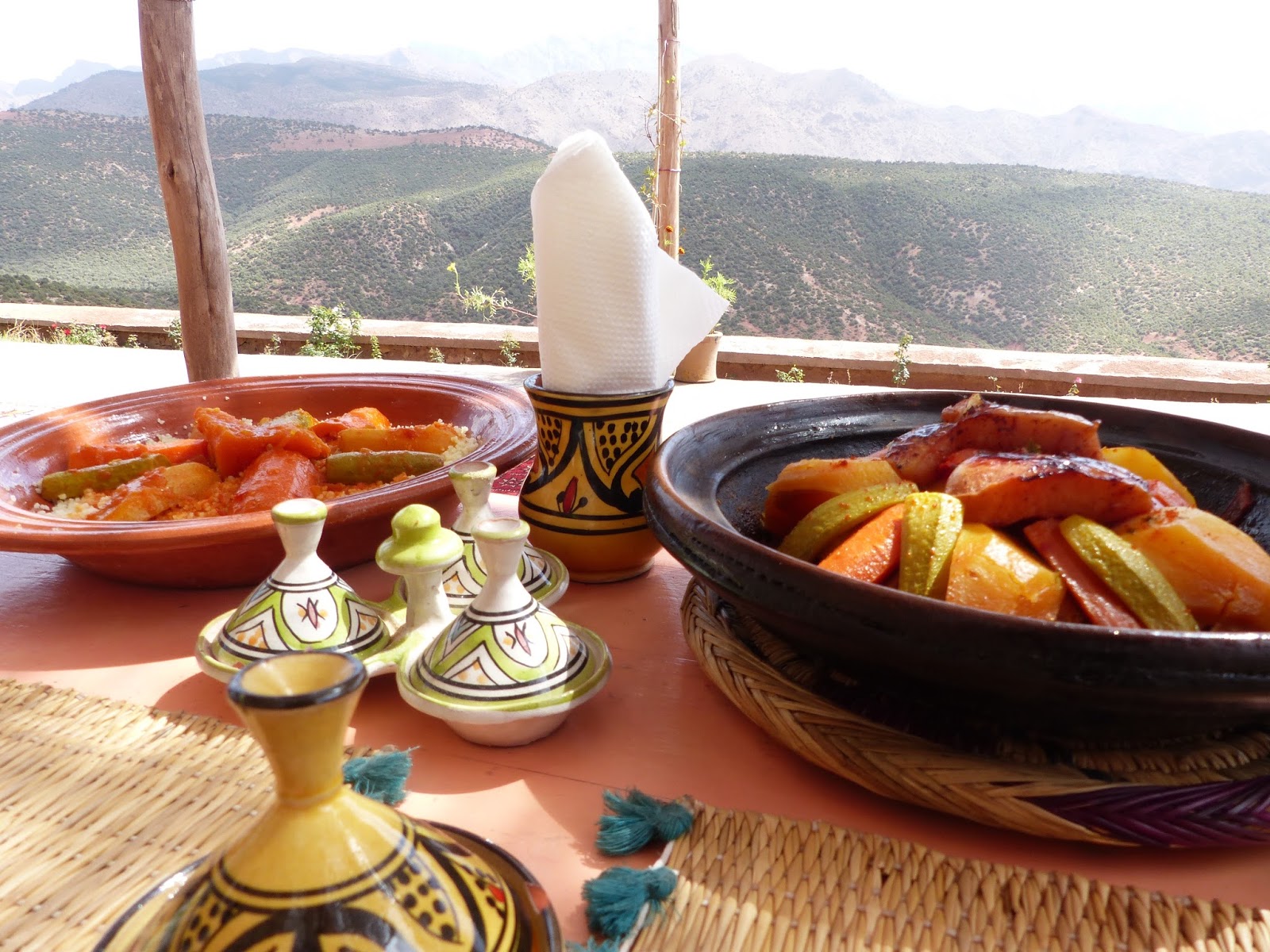 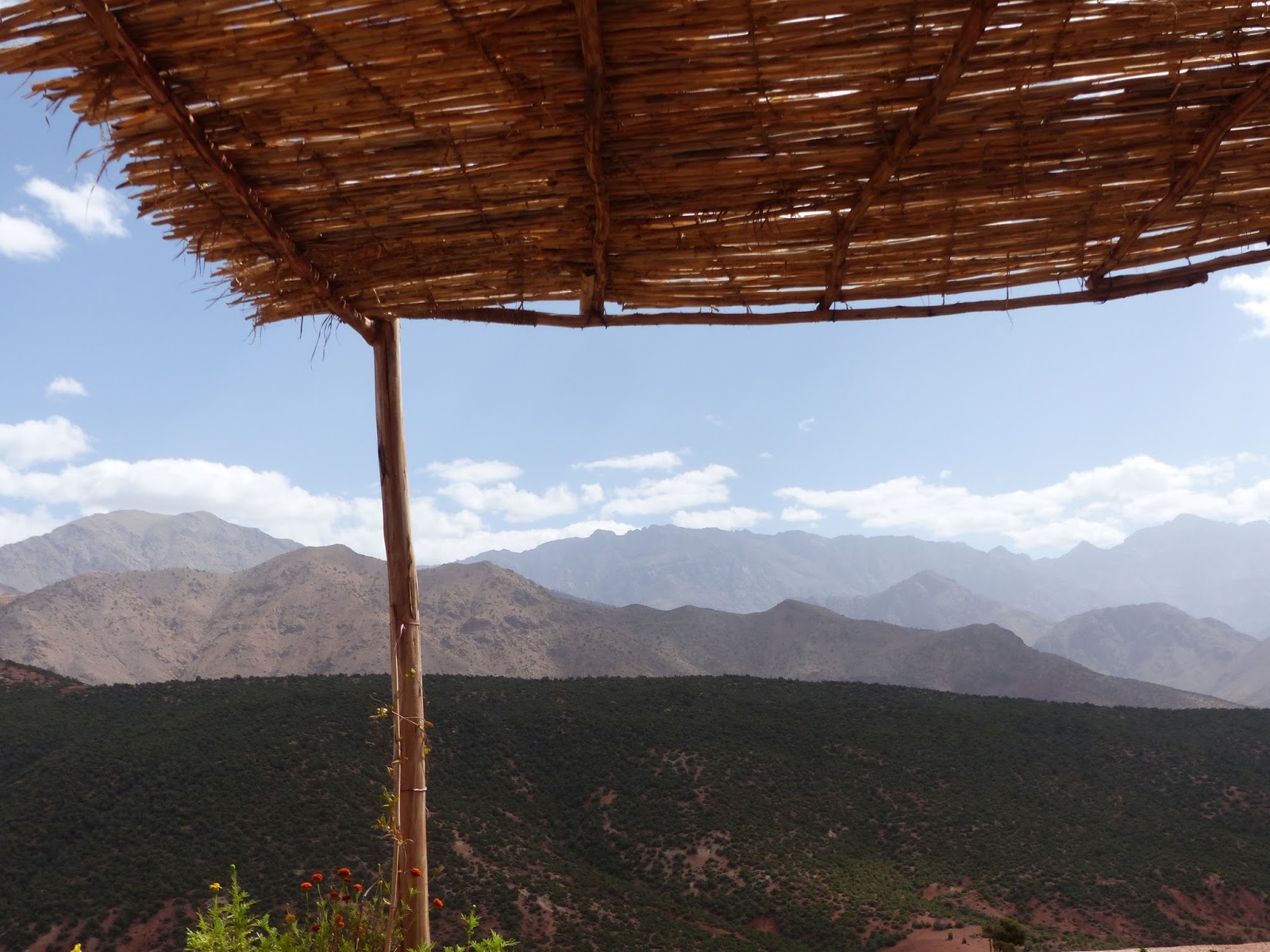 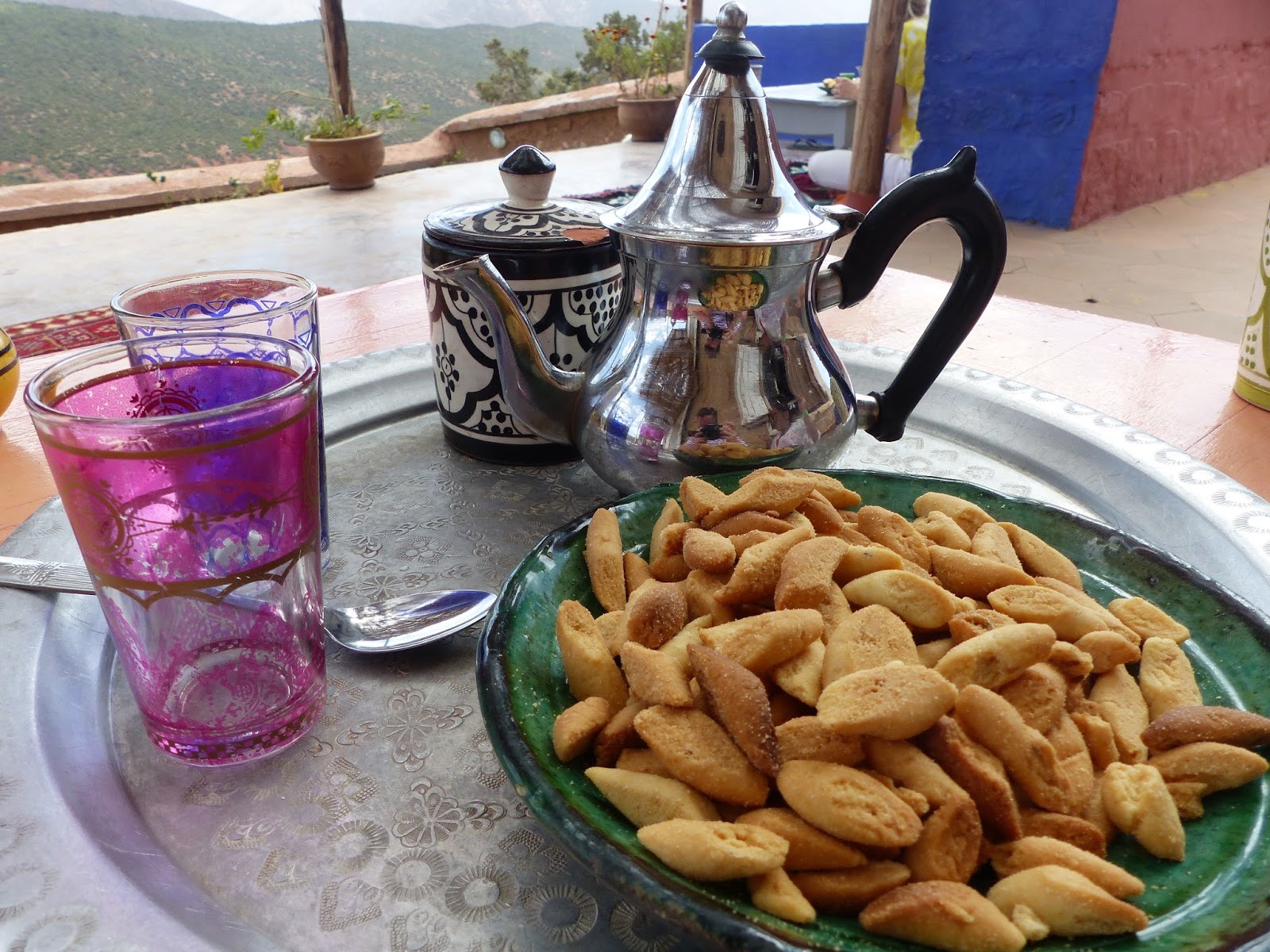 For starters we had their seasonal tomato salad with freshly cooked bread and olive oil. For our main we had traditionally cooked couscous with vegetables and tangine chicken and vegetables. For dessert, we had freshly picked apples (as they are now in season for these) and shortly followed by Moroccan mint tea with little biscuits, all served with this incredible view!

Once all was consumed, we headed back on our way through another Valley, which fun fact: Richard Branson has his own resort at and followed the roads back to flat land, as our day came to an end we were tired from it all and drifting away in the car and it was only after 4pm, now that is a sign of a good trip. 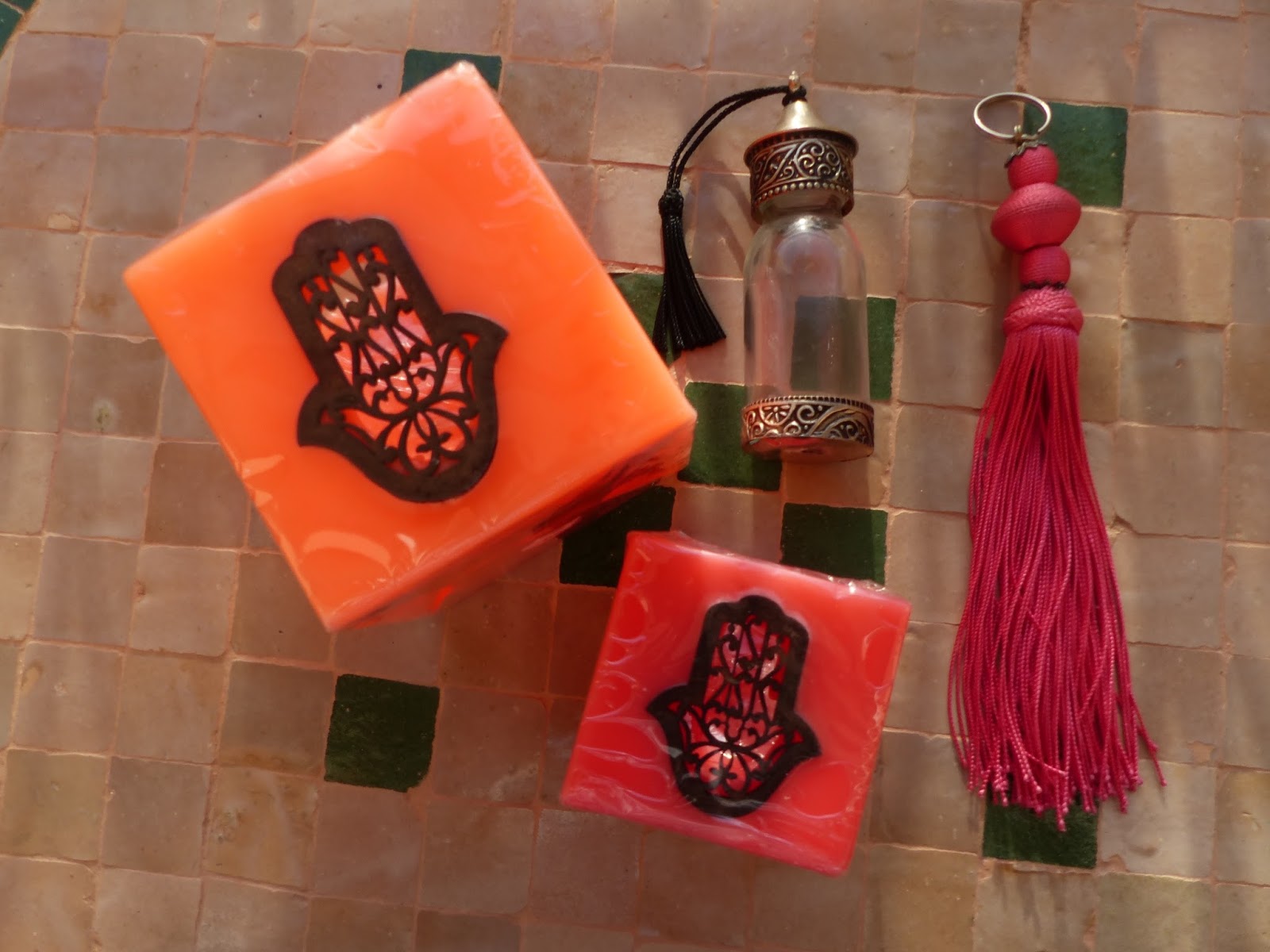