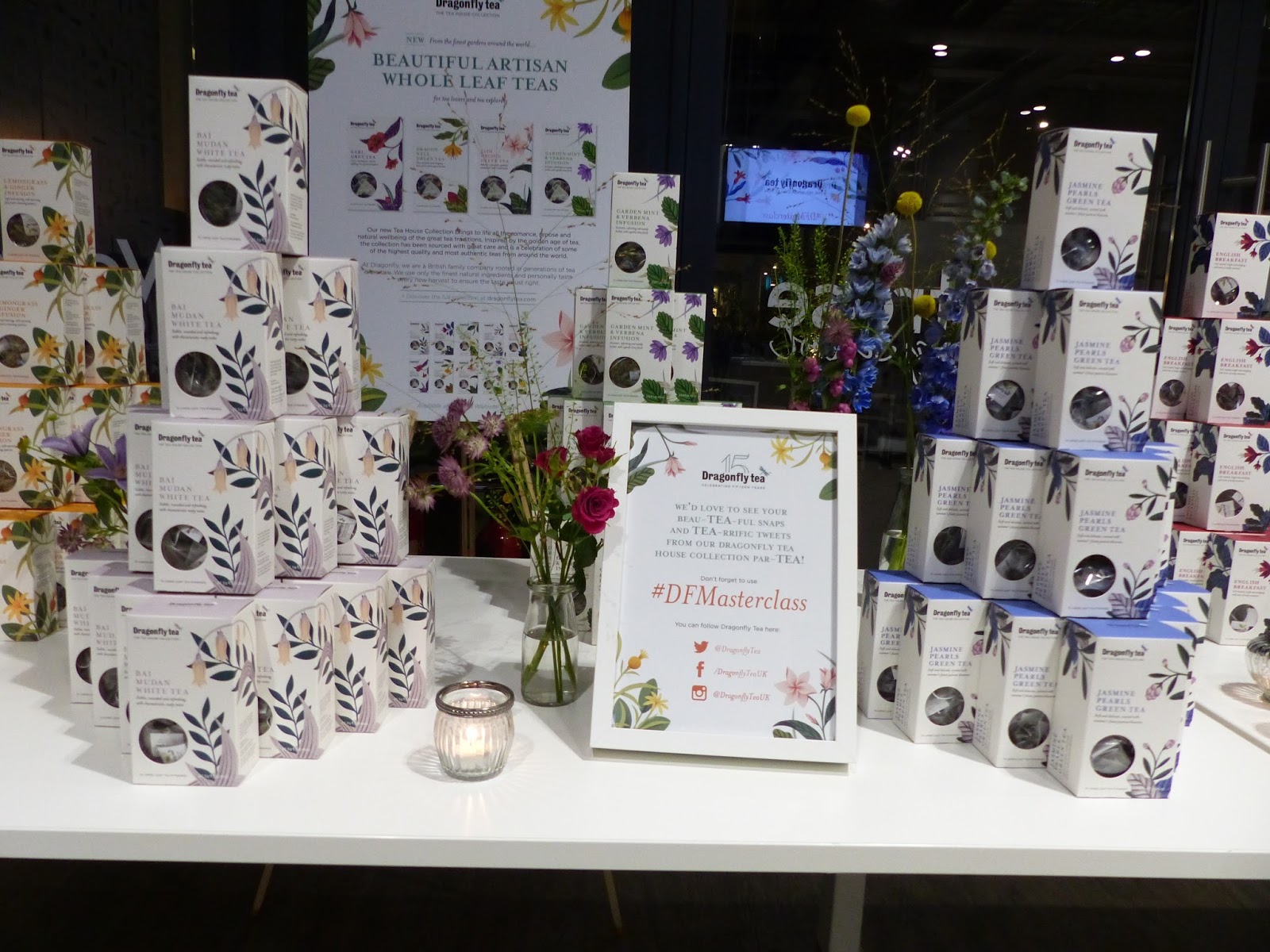 A few weeks ago we were personally invited to the exclusive Dragonfly Tea blogger masterclass event in London (yay to having a blogger event we could make during the week in London) in celebration of their 15 years and release of their new Tea House collection of artisan whole leaf teas. Ever since being with James, I have become a big lover of tea, so this was very fitting event for both of us to learn more and try new teas. We shan’t lie and say that we’re anything like tea connoisseurs though – we were there to broaden our horizons beyond English Breakfast.

Before we begin, here is a bit about the brand:

At Dragonfly Tea, we are a family-owned, British company with a hundred year heritage of sourcing, growing and making the very purest and finest of teas. We travel the globe to find artisanal and often rare brews, some from remote gardens, and some from the most renowned tea makers. We are passionate about introducing tea lovers to new, quality tea experiences and were the first to put such favourites such as rooibos, white tea and honeybush on Britain’s high street. 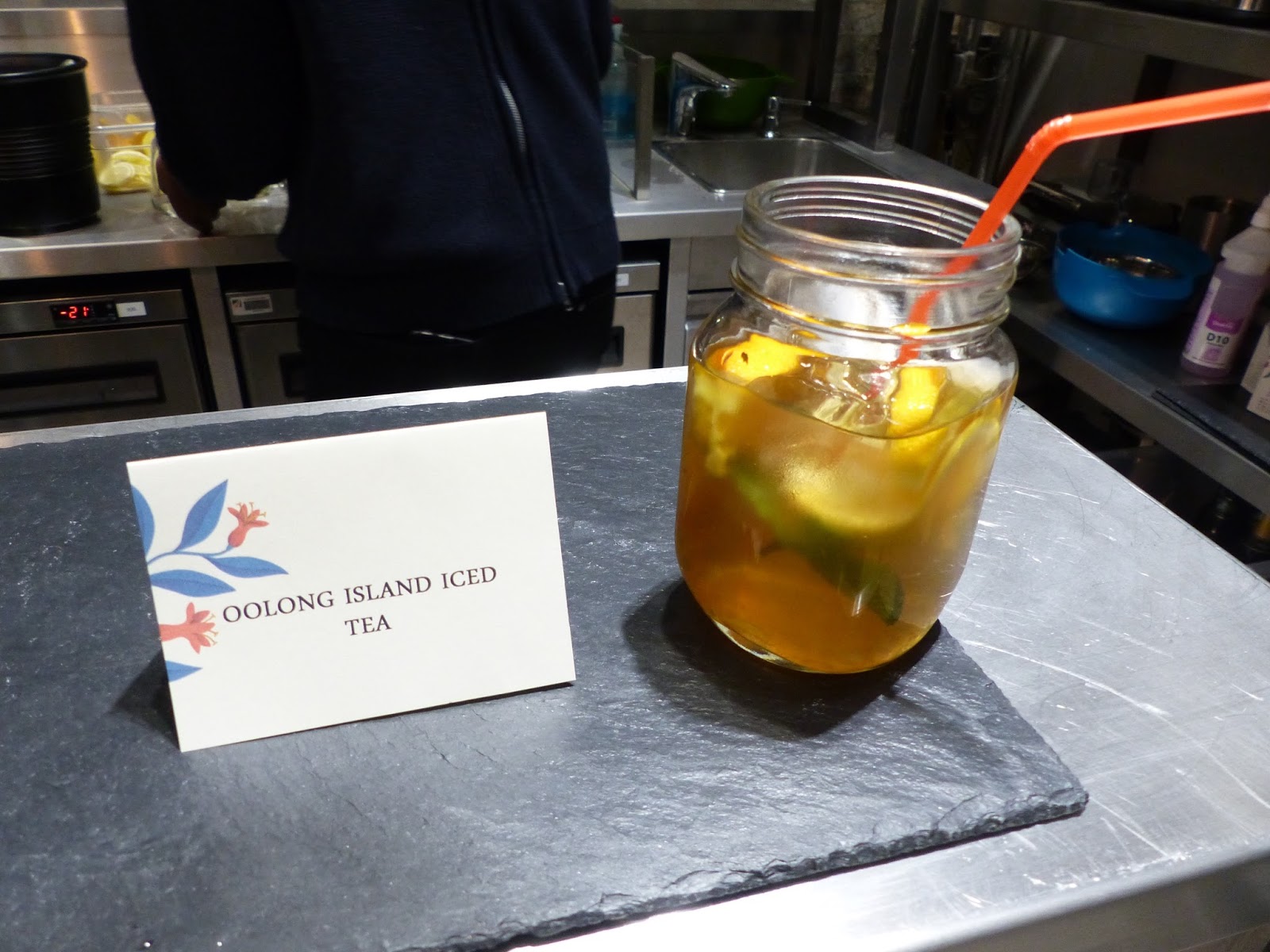 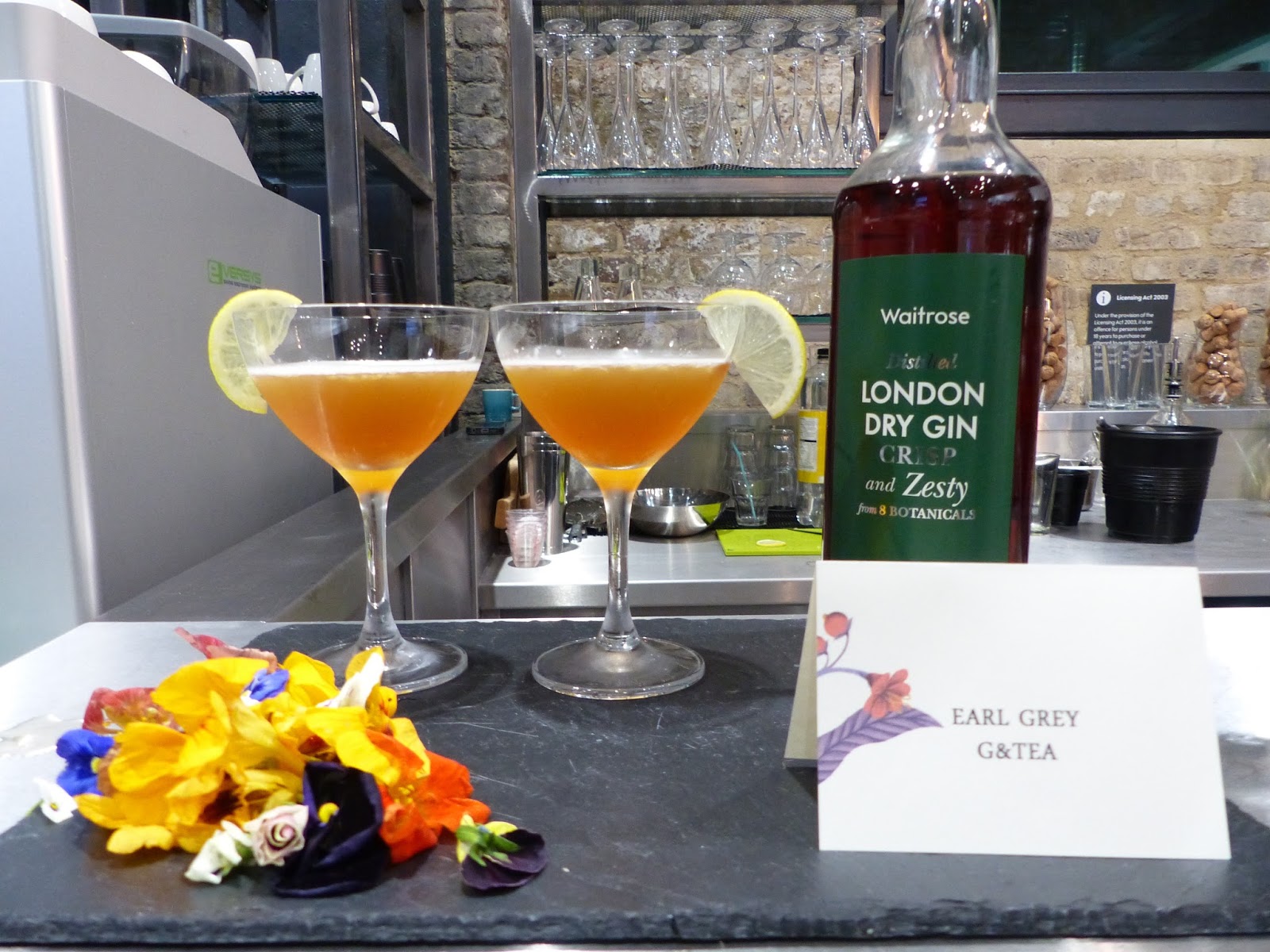 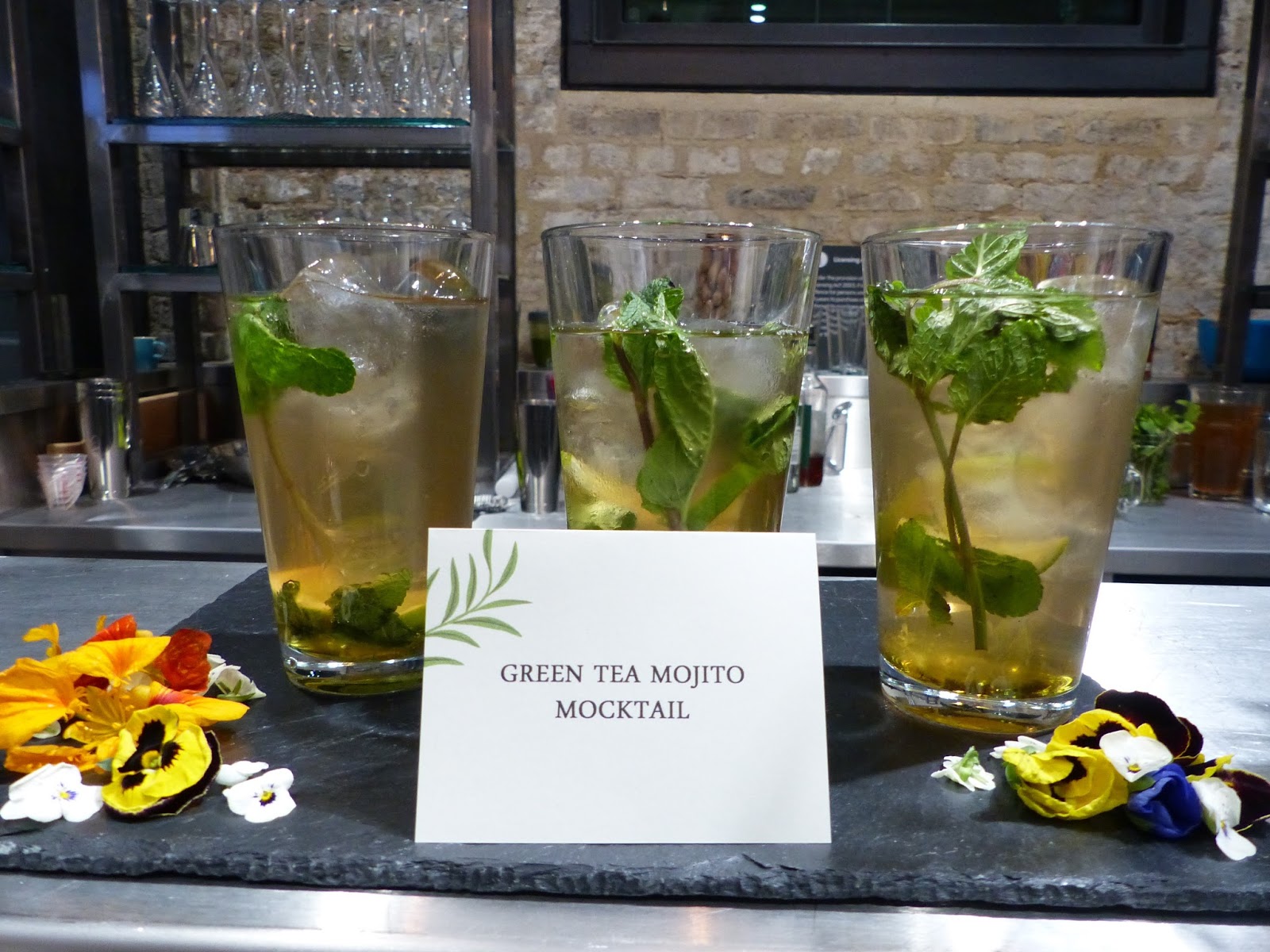 On arrival, we were signed in an given cute name tags which also fit perfectly with their theme (the little things count) and were introduced to the organisers and helpers of the event, as well as the lovely director of Dragonfly Tea.

Before the main part of the event started, we were explained the three cocktails, all infused with their new tea house range; Oolong Island Iced Tea, Earl Grey G&Tea, and a non alcoholic one – Green Tea Mojito Mocktail. Throughout the night, we had tried them all and we both agree that our favourite was the oolong island iced tea. The green tea mojito mocktail was so refreshing, it would make such a great summer drink. I think due to personal preference that we both never drink gin, it was our least favourite but it was not to say it wasn’t just as good! 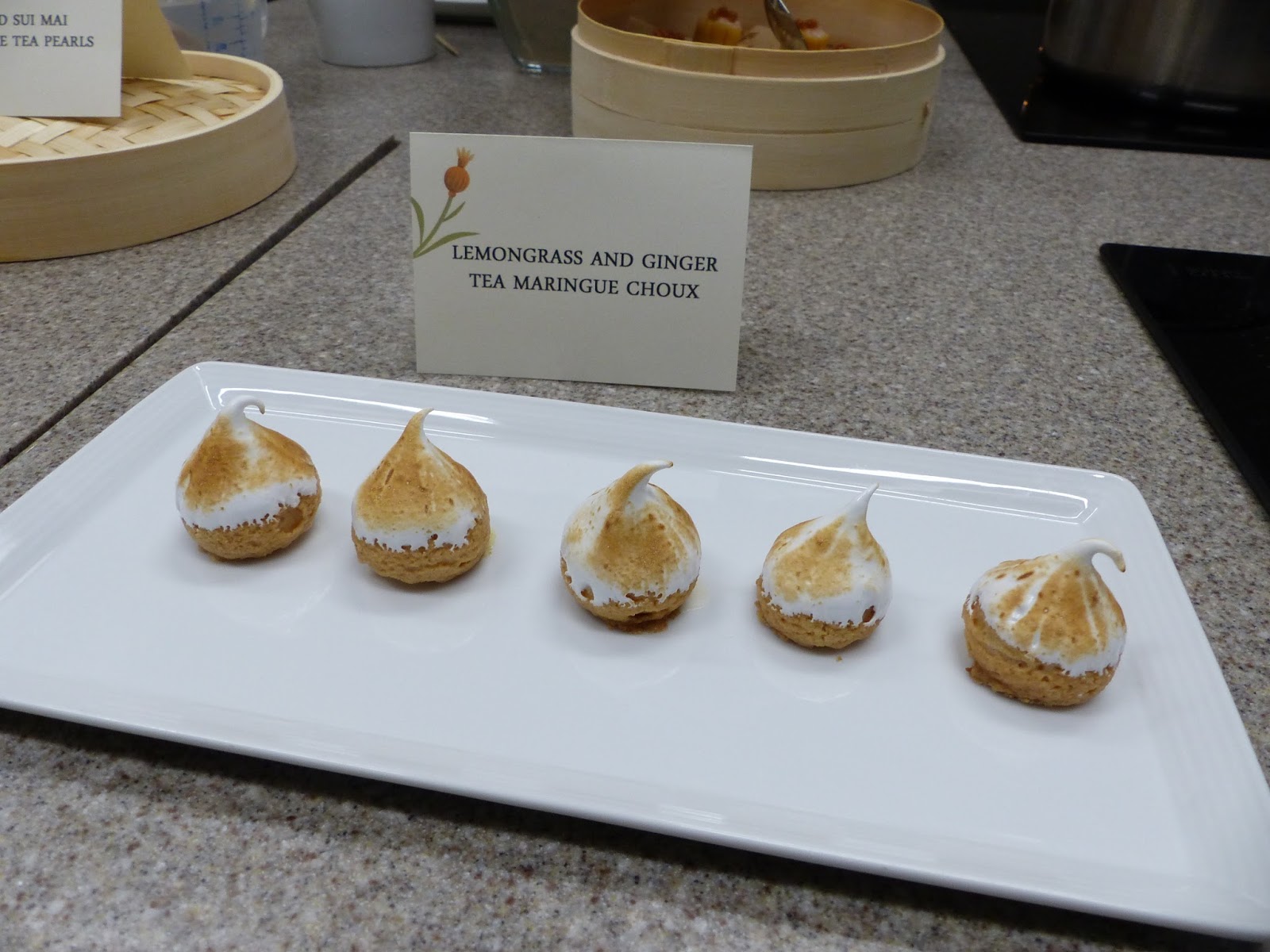 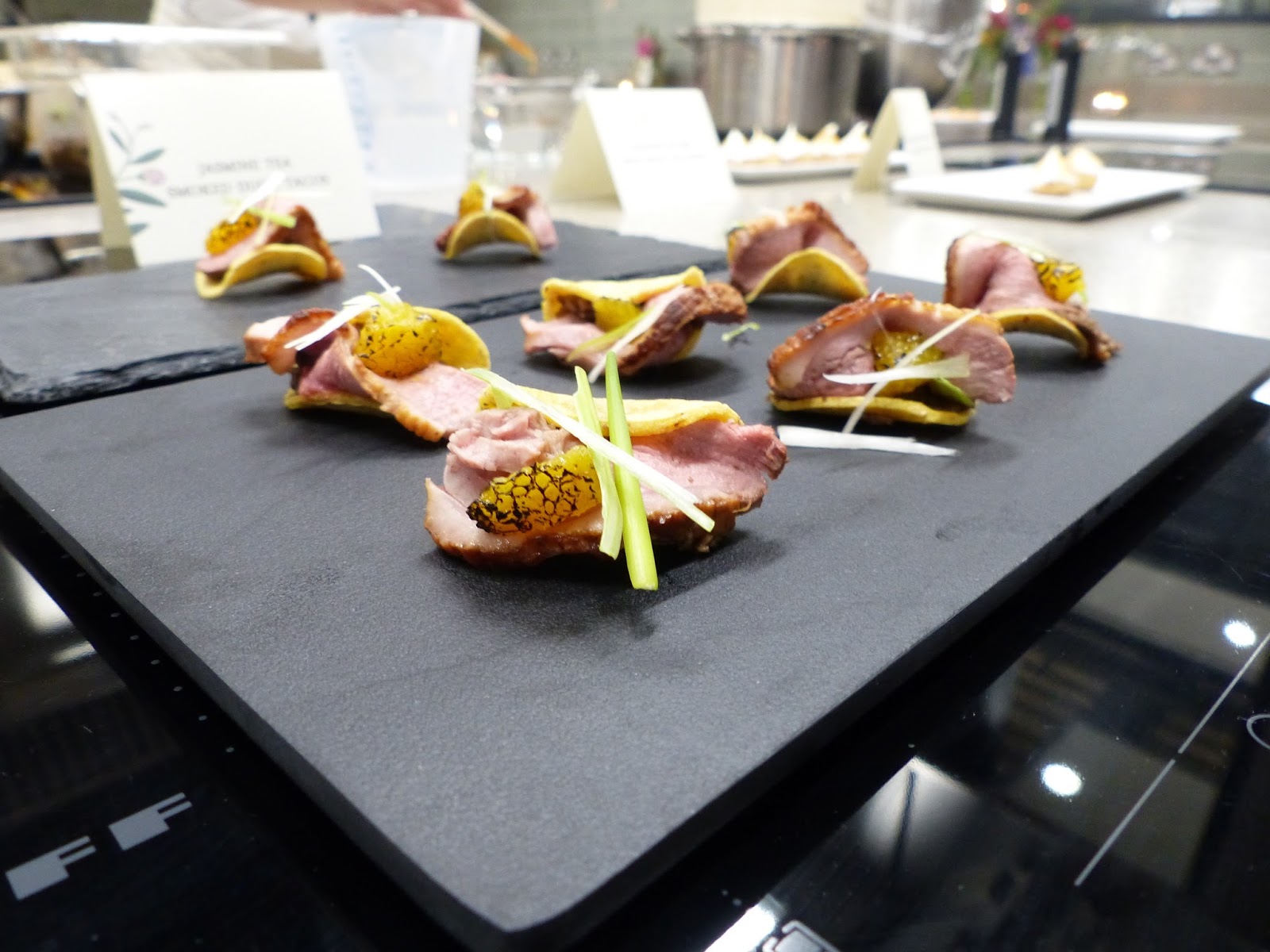 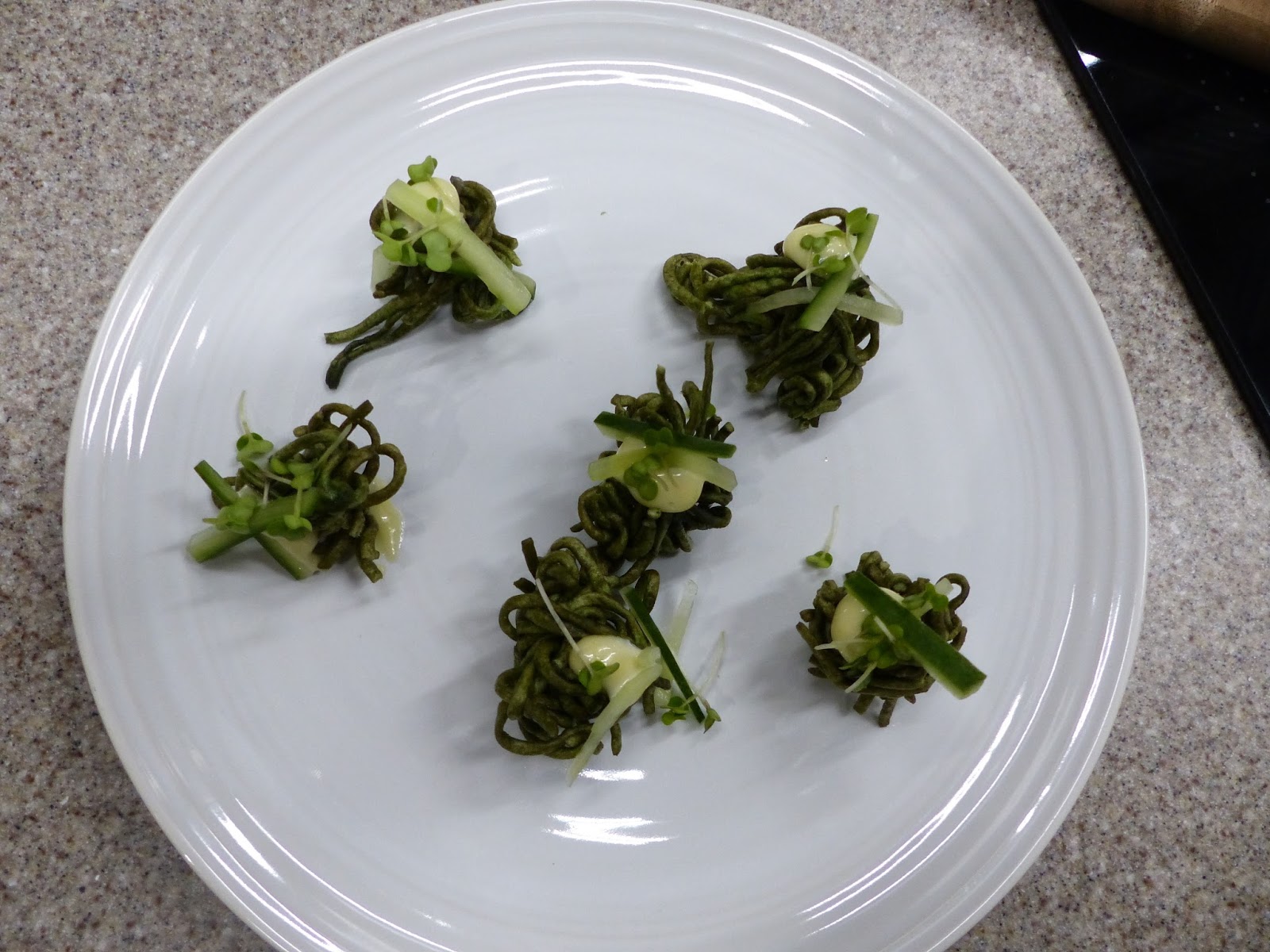 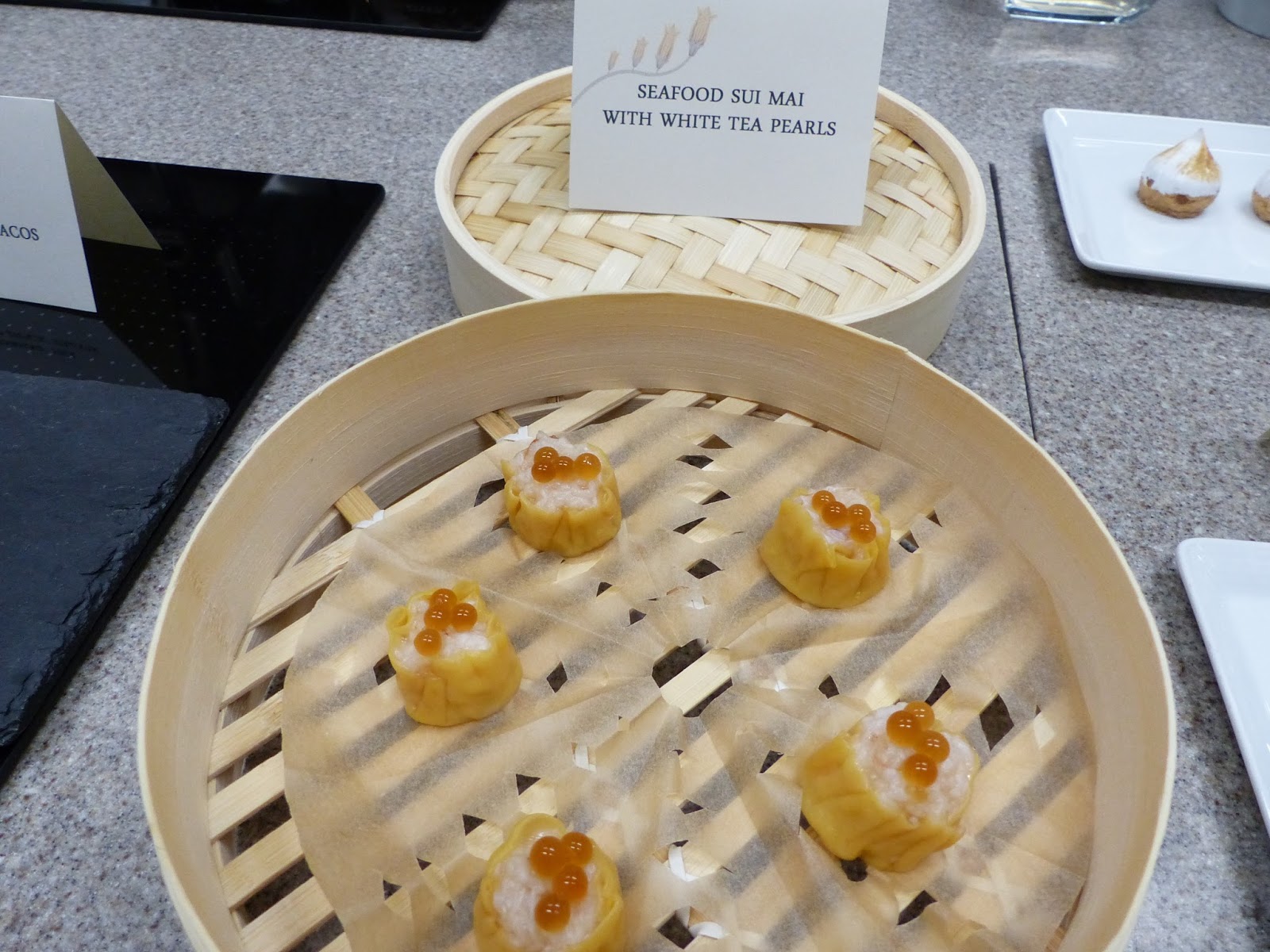 As well as the amazing cocktails, we were treated to tea infused canapés, made in front of us by the Waitress chefs. They explained each dish was and how the tea has been included. There were four different dishes, each of them so different and delicious.

Honestly, its amazing how much you could do more with tea other than simply drink it. 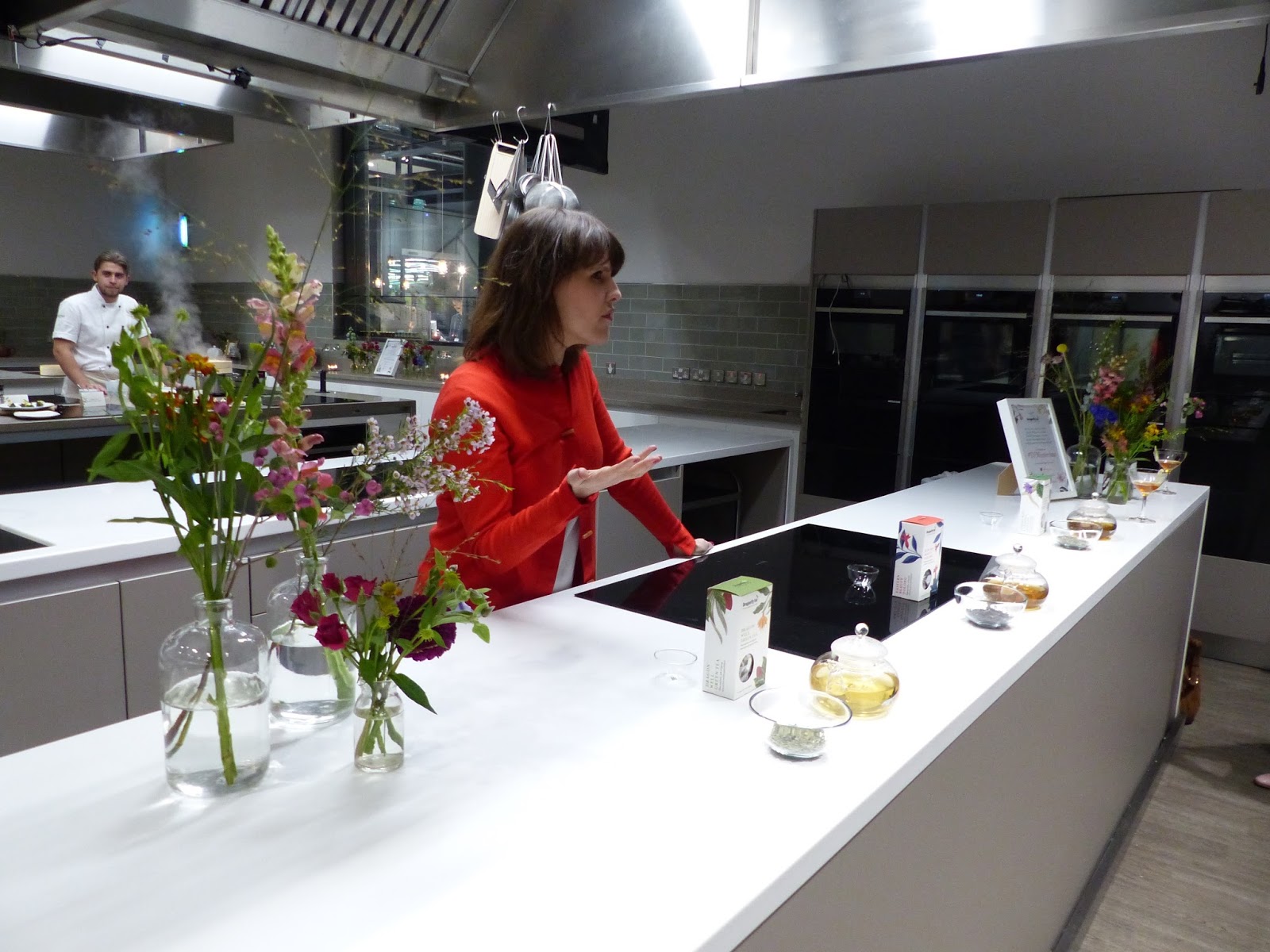 The main event kicked off with an introduction of the company from the director herself, explaining the three main teas from the new Tea House range; Dragon Well Green Tea, Eastern Beauty Oolong Tea and Garden Mint and Verbena Infusion.

Each tea was explained in detail, to where it came from, how it was made and tips on brewing the best tea – always use fresh water, do not use boiling hot water, brew for no longer than 3 minutes. 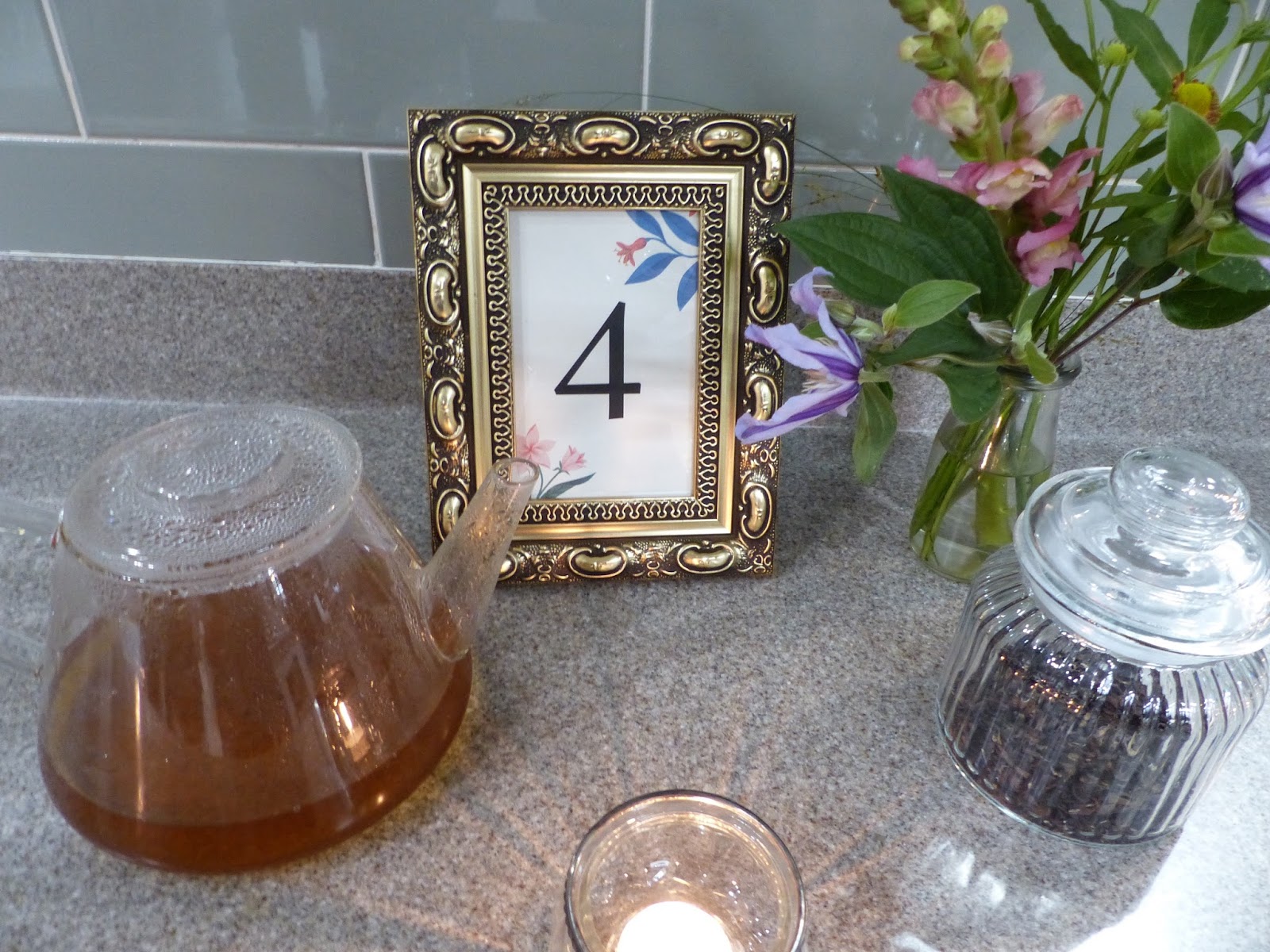 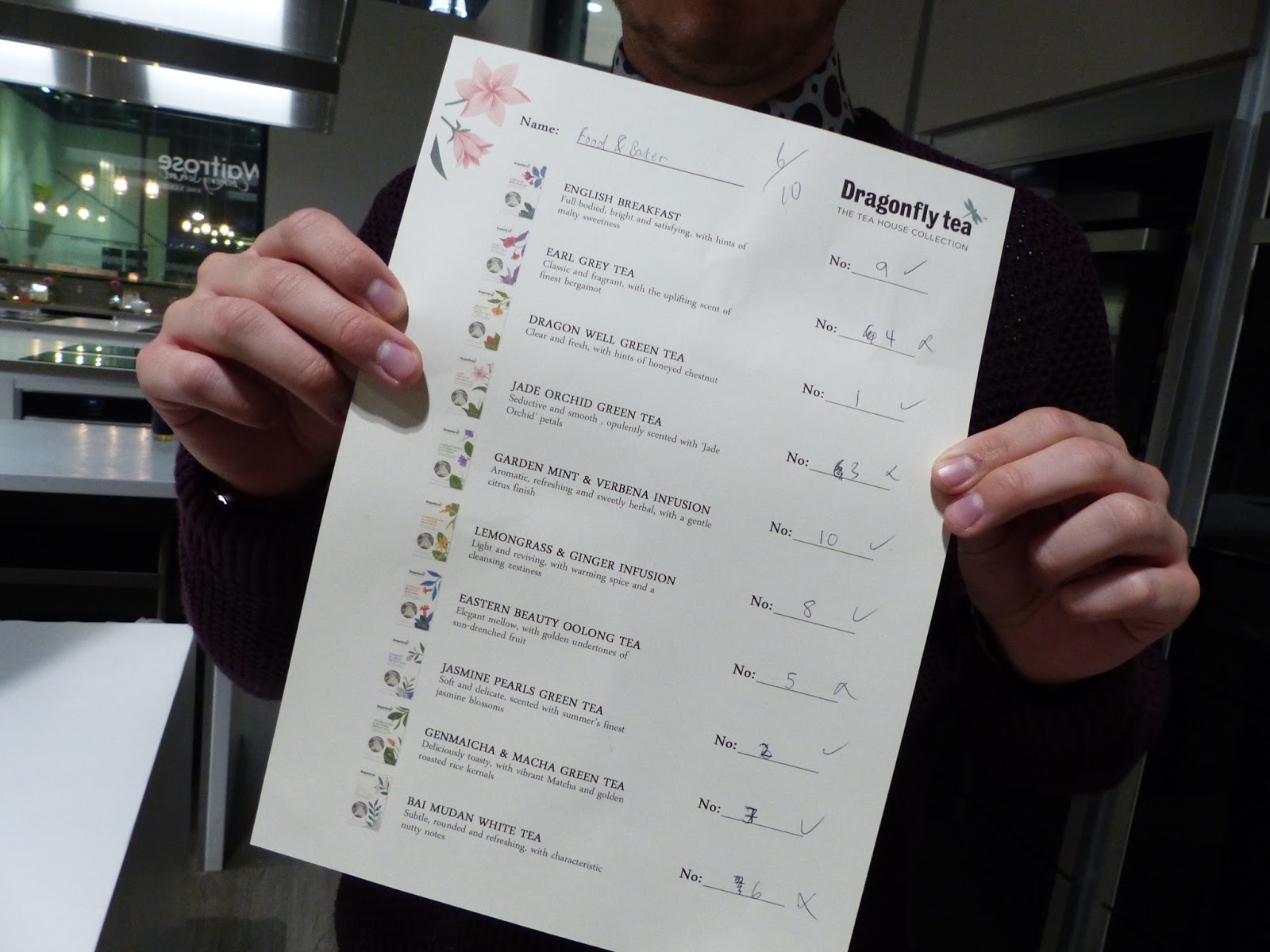 Followed by the introduction to three of their main teas, we were given the opportunity to try all 10 teas from their new rage, with the twist of it being a quiz! We had a sheet with the names of all the teas, and had to match up the tea station to what was on the sheet. At each tea station there was ready made tea and a pot of the tea leaves. We were able to see, taste and smell each one.

As it was a competition, three people (evidently non of them were us) got full marks, there was a ‘tea off,’ and the eventual winner won a bouquet of flowers. To be fair, as normal tea drinkers, we did well, nowhere near winning, we gave it our best try! 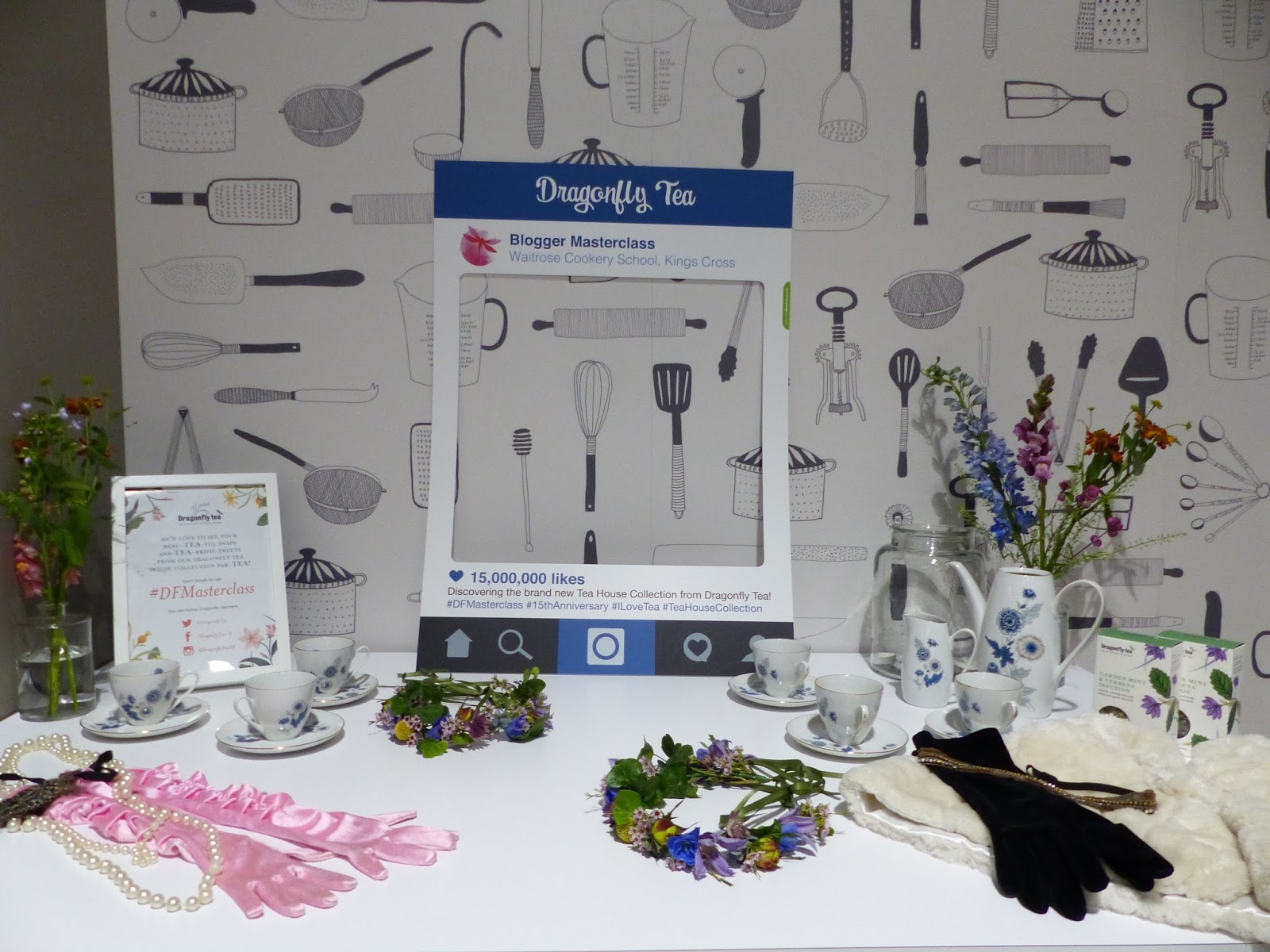 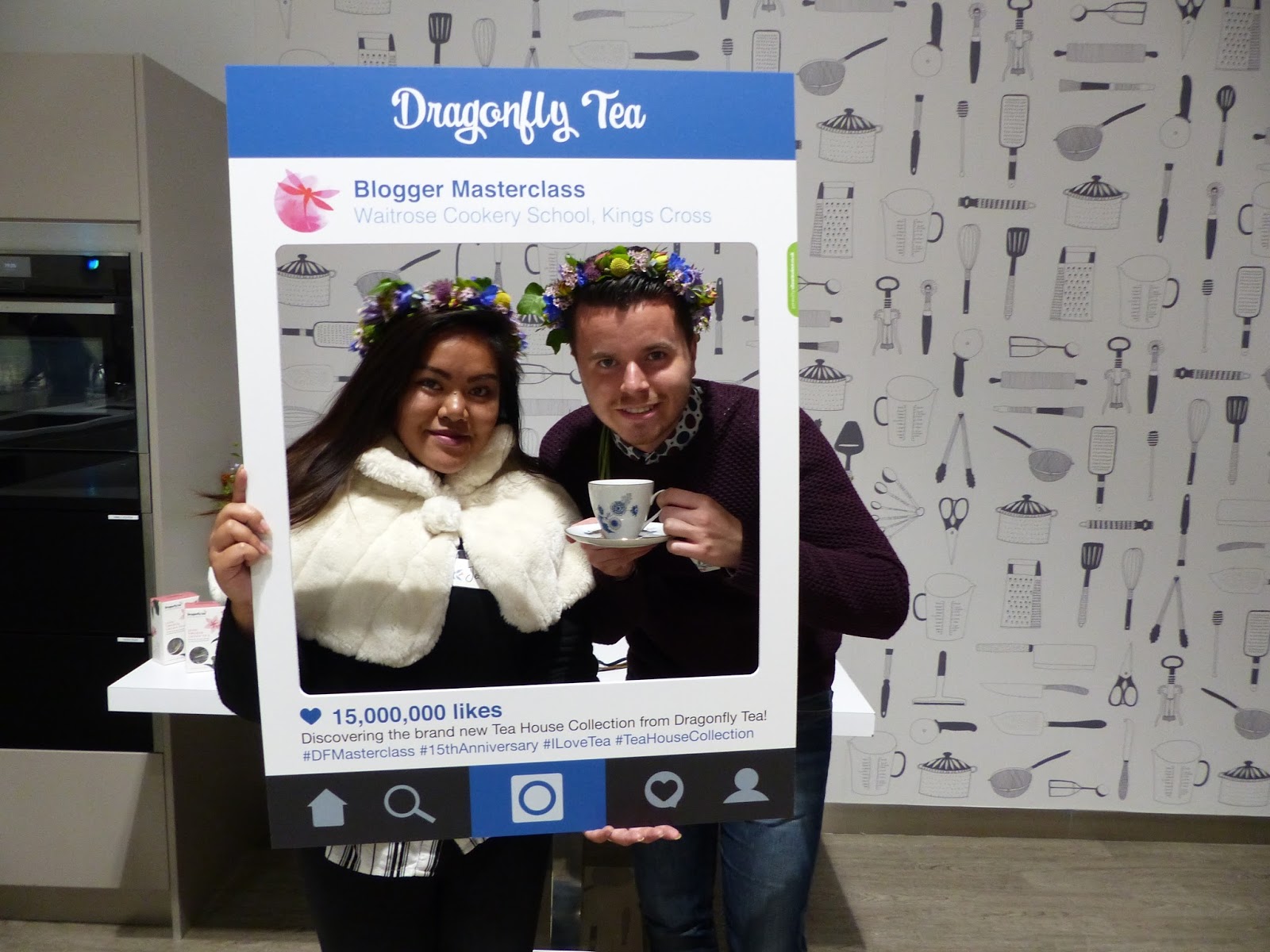 To round off the evening, there was a beautifully presented props table where the inevitable Instagram pictures were taken. We thought this was a great touch, as what kind of bloggers isn’t obsessed with Instagram!? 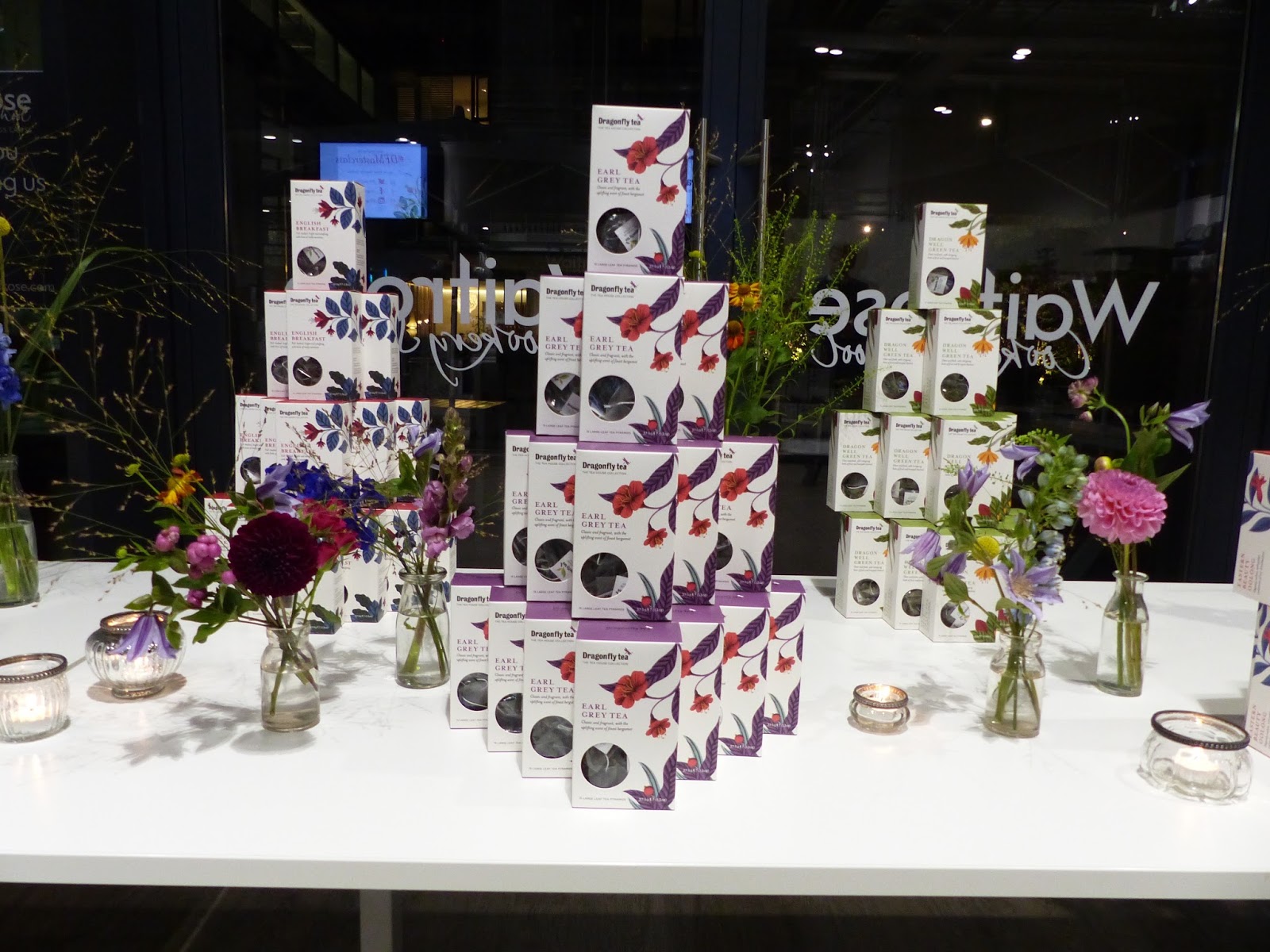 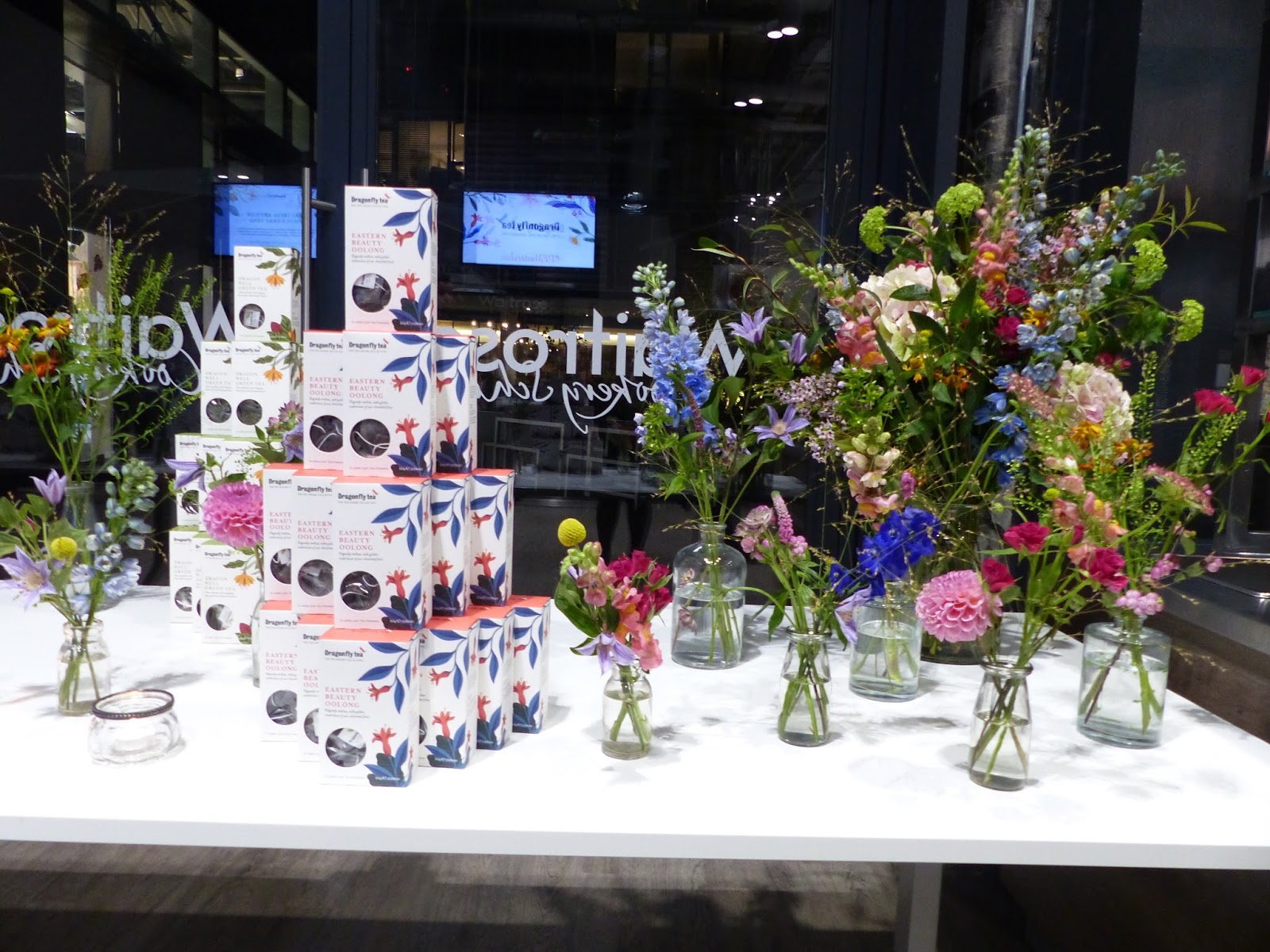 To top off the whole event, we were given cute goodie bags. All of these had were labelled with personal name tags, and contained information leaflets, origami paper and its instructions, along with their personalised logo marshmallows. We were allowed to pick two of our favourite flavoured teas each from their beautifully presented tables, as well as being given their (birthday) candle, which even isn’t on their website yet. It smells so good and we are so lucky to have two! 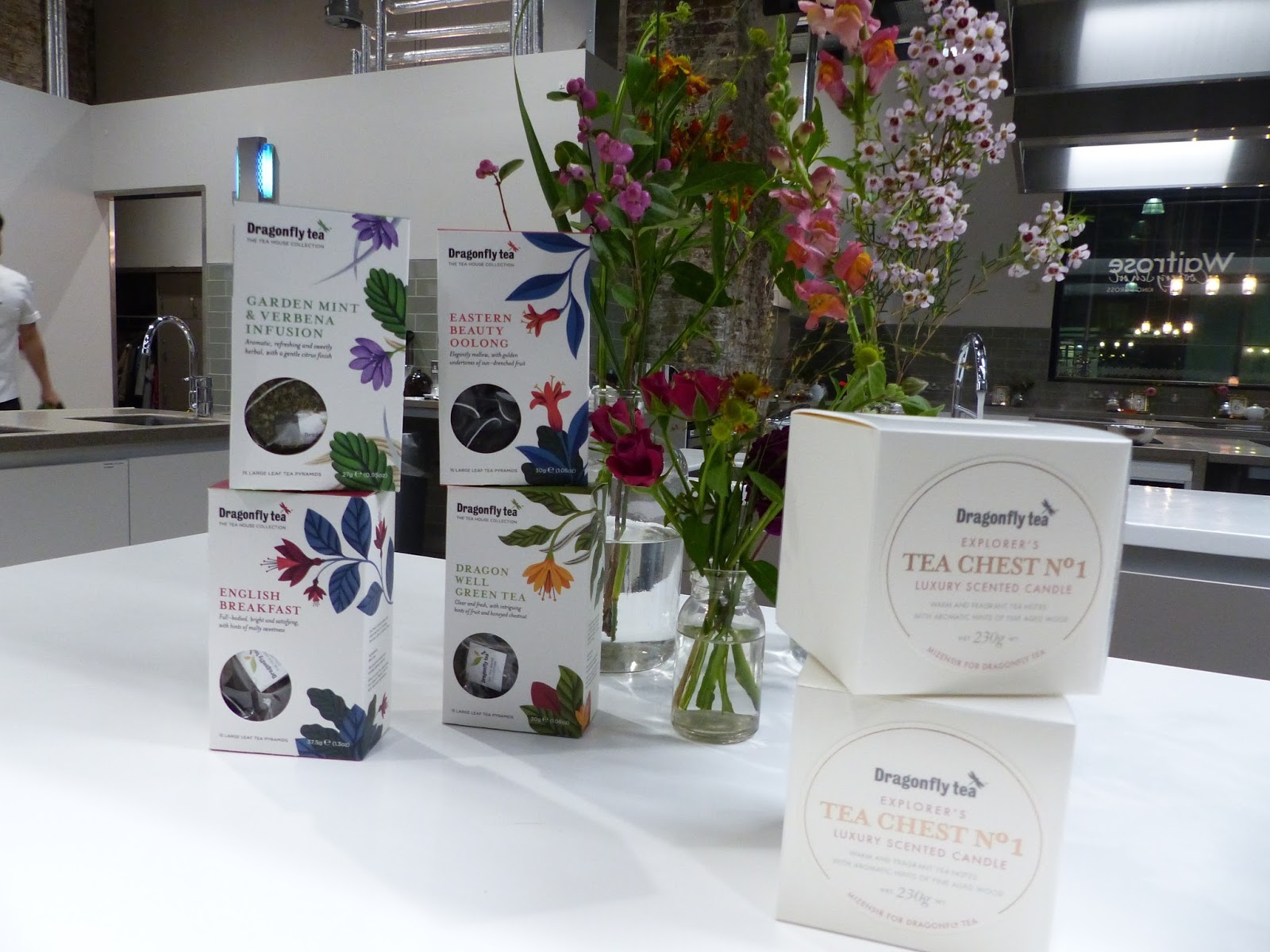 As mentioned above, we were able to pick two packs of teas each, James picked the English Breakfast and Garden Mint and Verbena Infusion and I picked my new favourite Dragon Well Green Tea and Eastern Beauty Oolong Tea. To top that all off, we were also given cute little teapot glasses, personalised with their logo on it.

The event was very well organised and everyone was so lovely. If you’re a lover of tea or want to try something new, head over to the Dragonfly Tea website and check out their new range, you will not regret it – especially if you want to start drinking green tea, their brand is the best by far that we’ve tasted! 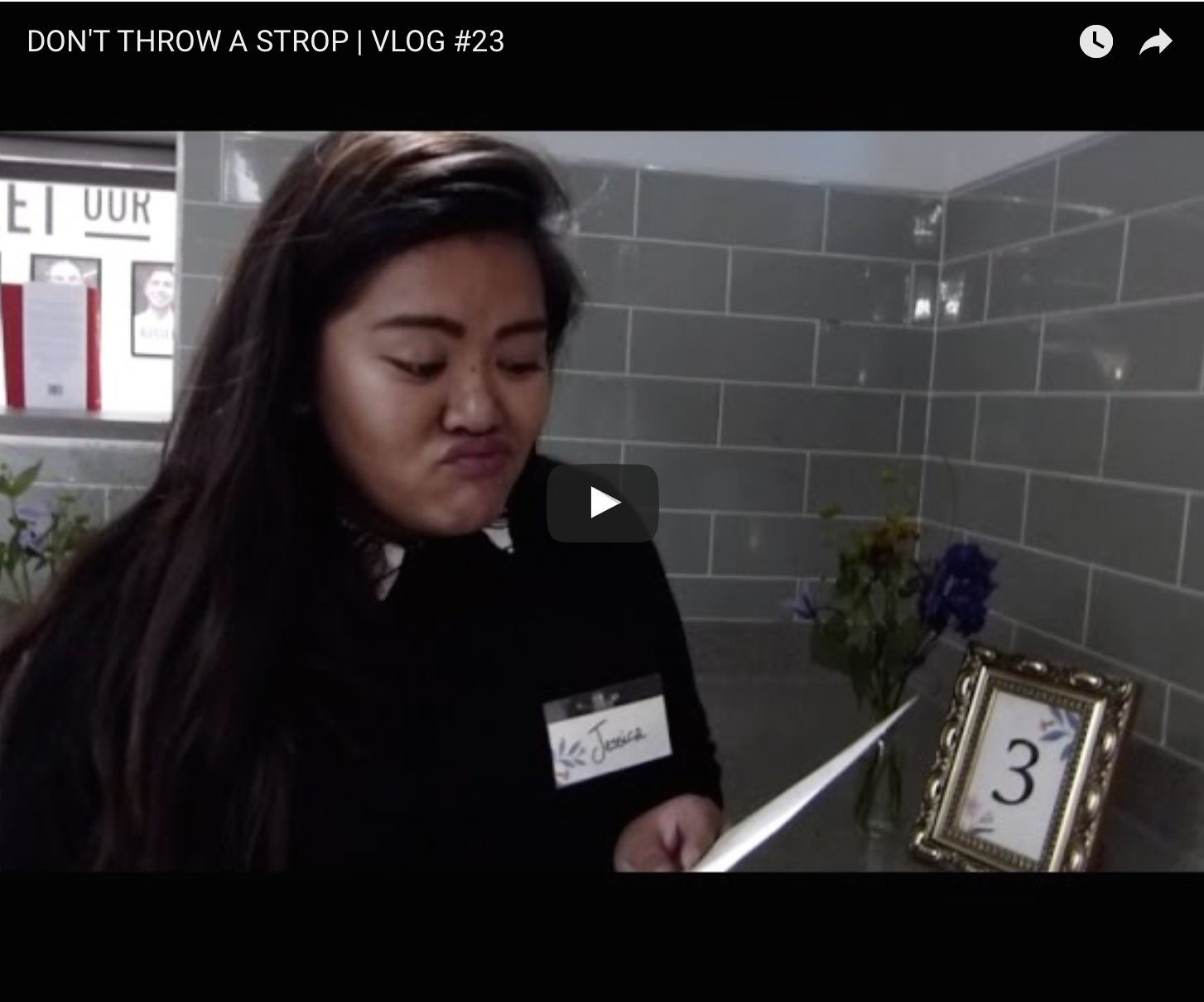