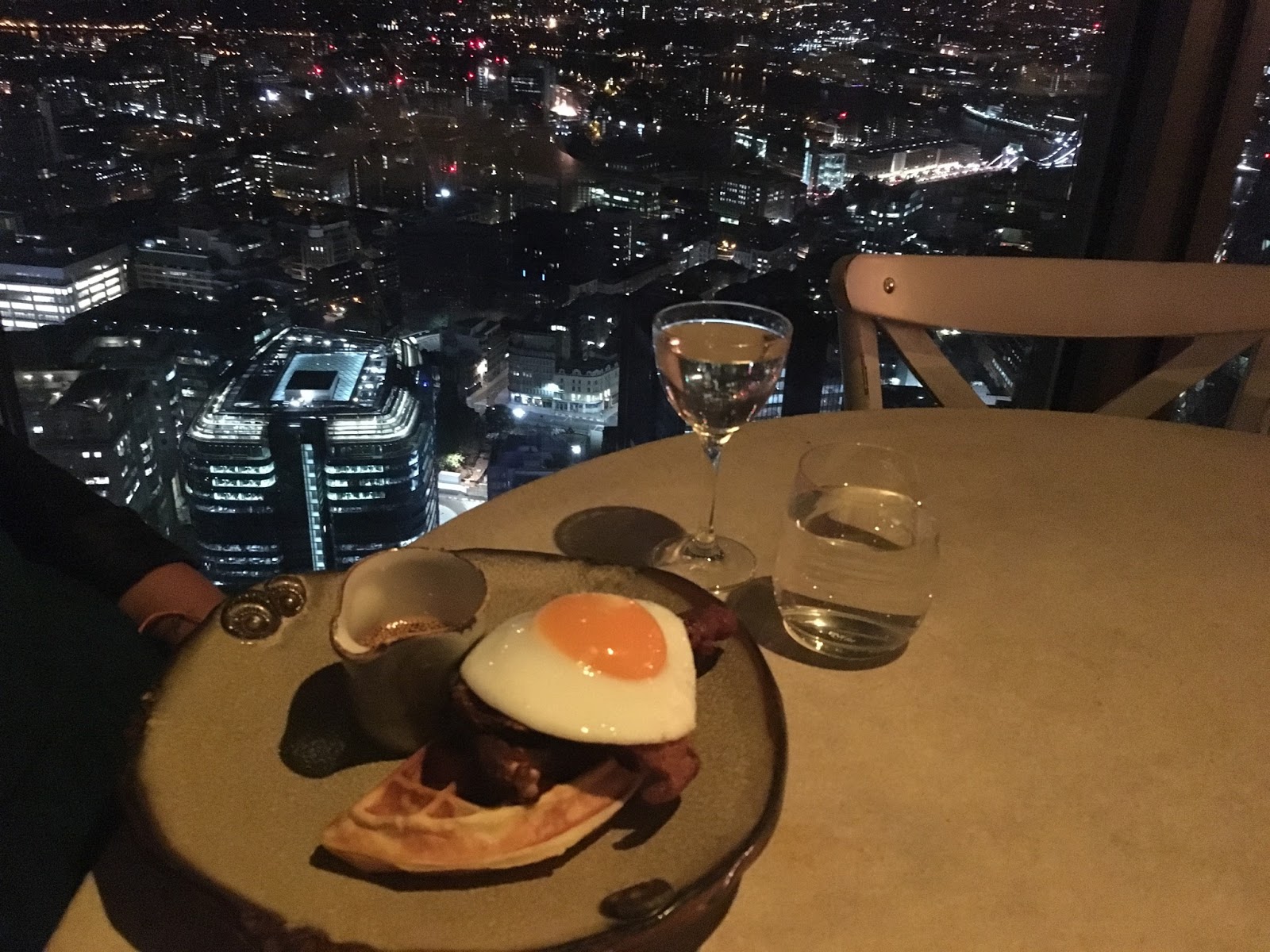 The story of tonight all began on June 16th – when we booked our table. This was pretty much as far in advance as you could get, and the only time slot available was 11pm. This restaurant is open 24 hours, so that is quite usual for them, although it definitely isn’t for us! 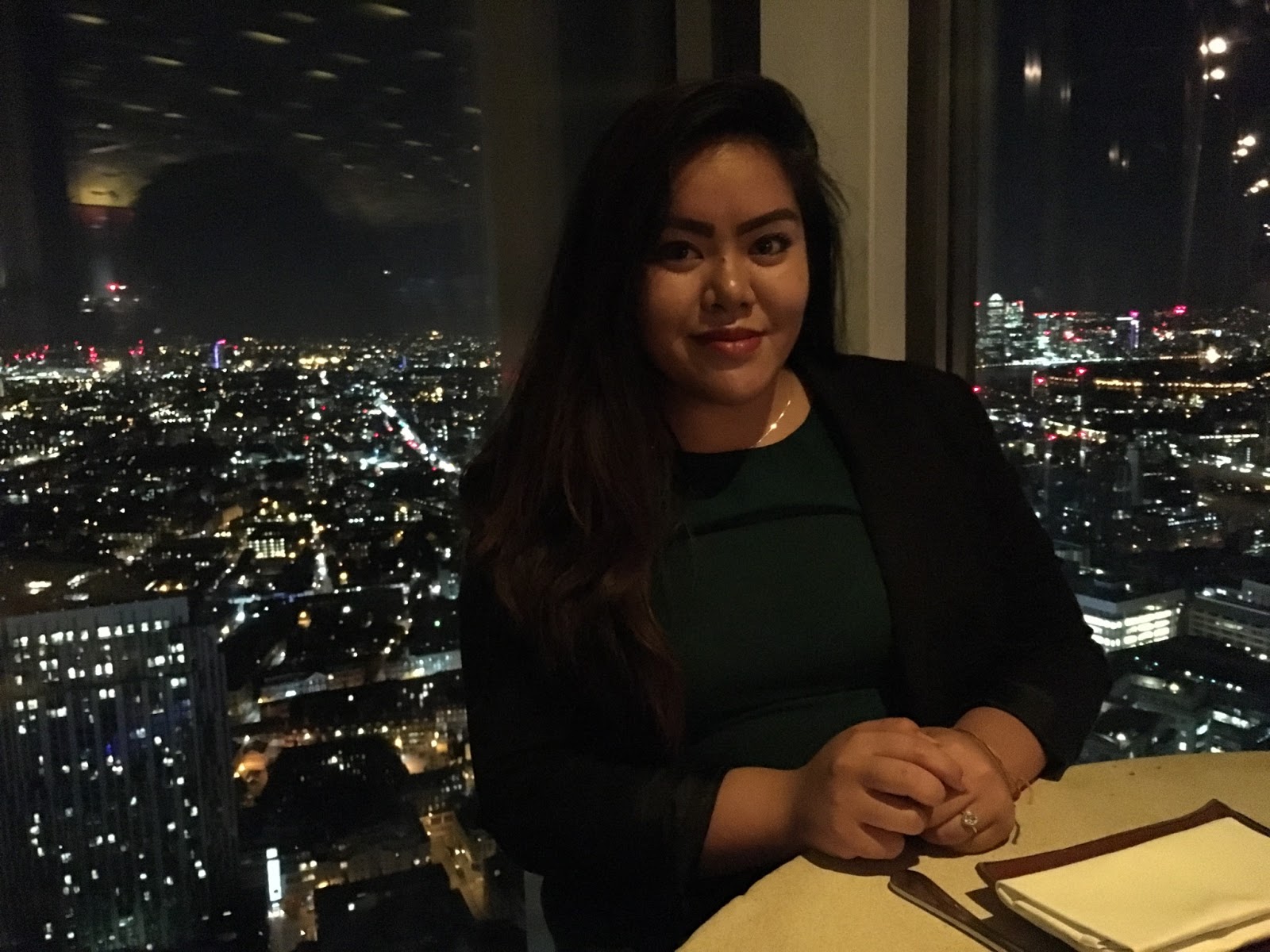 It is located on the 40th floor of the Heron Tower on Liverpool Street, so quite obviously, the views would be absolutely breathtaking. We felt so lucky to have what we thought was the best table – in the corner, slightly away from everyone else, and with the feeling that we might fall of the edge. It genuinely felt like we were floating mid-air. 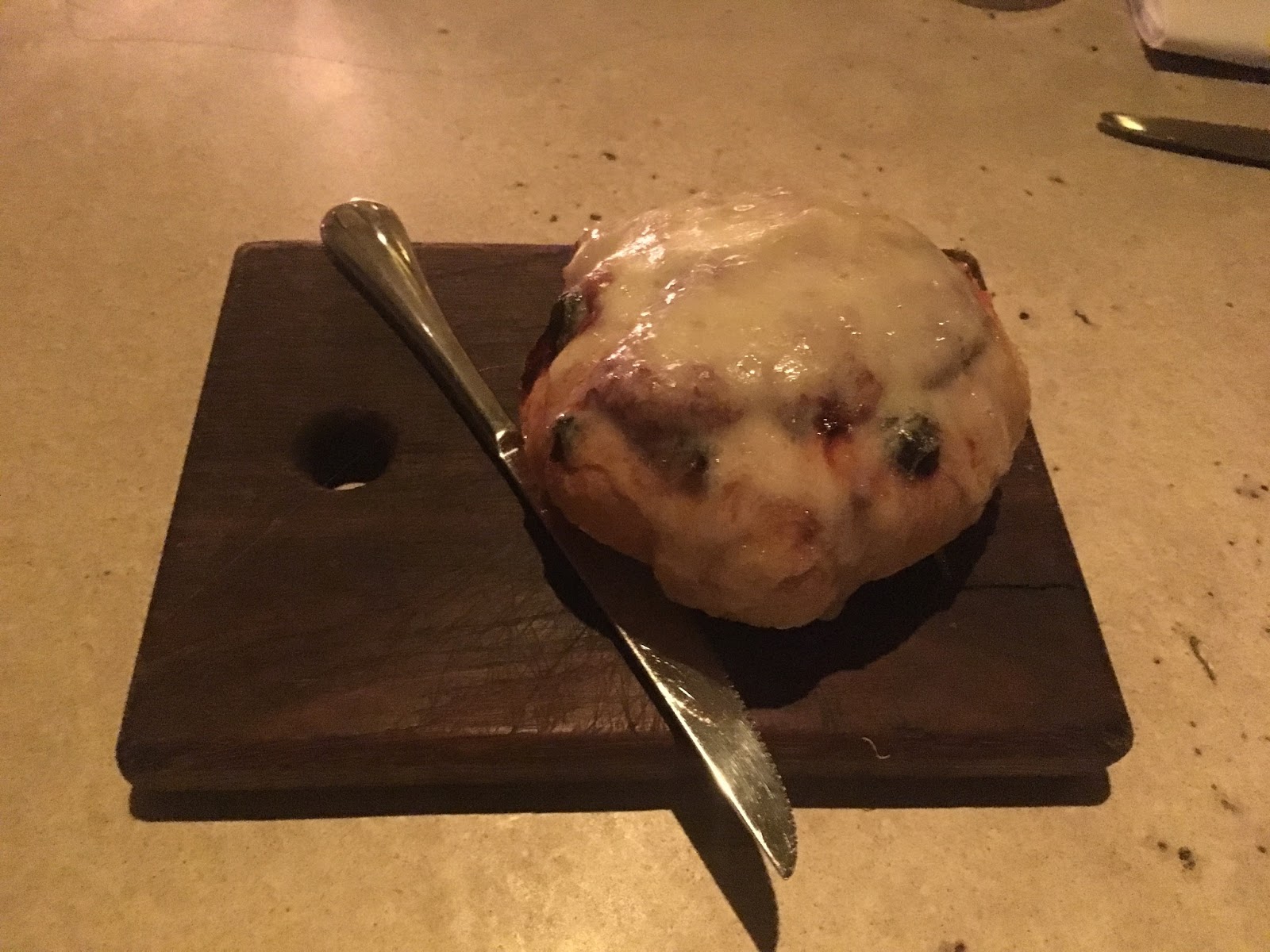 We came in fully aware that tonight’s outing would come at more of a price than most, but you can’t deny giving yourself the full experience and go all out by having three courses and a cocktail. We shared this baked bread to begin with, it is actually quite a lot larger than what it looks like in the picture, so it was a nice way of starting proceedings. Although the small plates on the menu also sounded amazing. 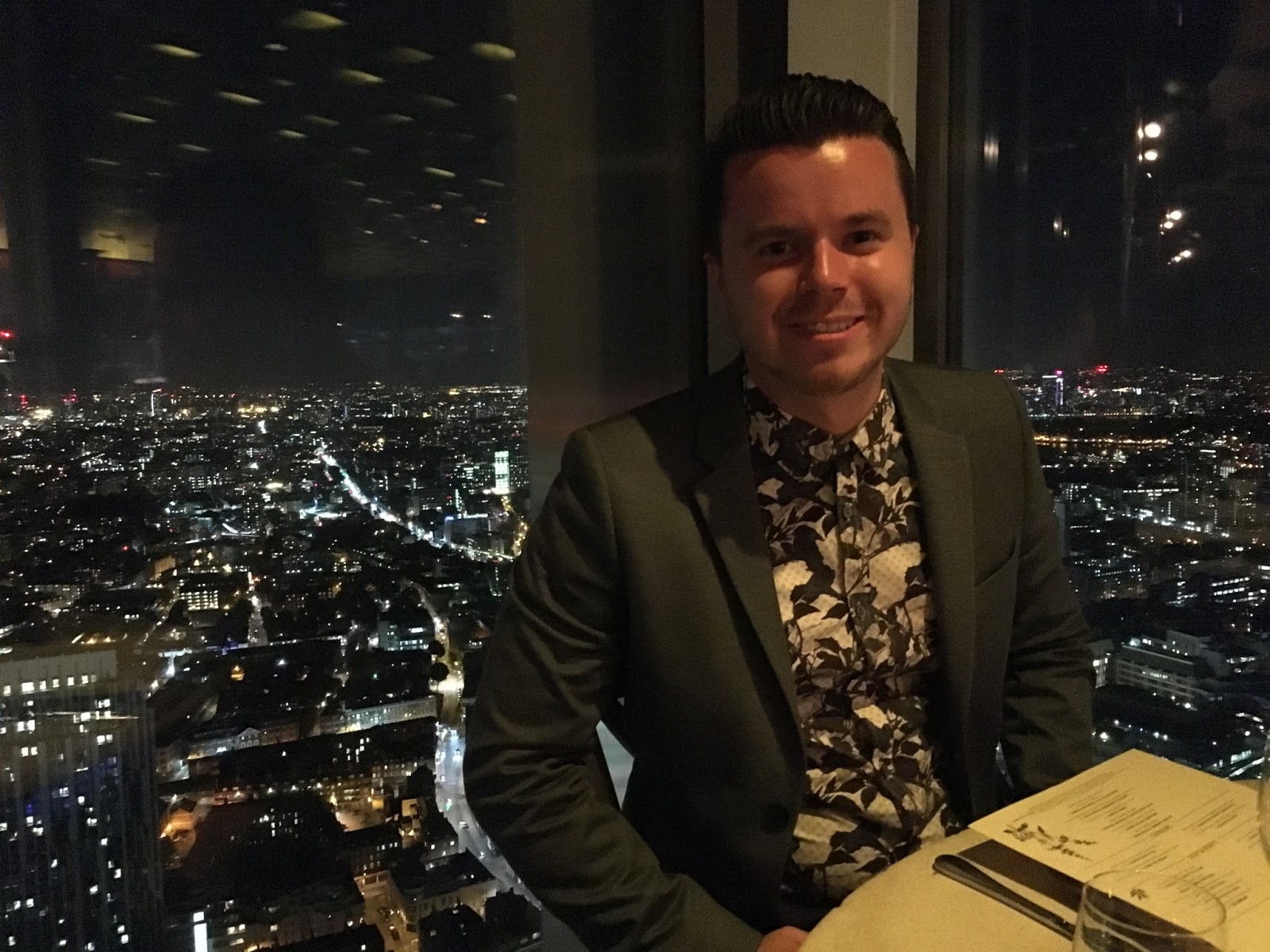 We both ordered a strawberries and cream cocktail (you can see it in the first picture – the one that doesn’t look like a cocktail!). When it first arrived we were quite disappointed at it’s size, especially for £14. However as soon as we took the first sip, we took it straight back. At first there was the taste of strawberries, quickly followed by a sharp (very sharp) taste of alcohol. It took us the whole couple of hours we were there to finish one of these each. It was quite incredible, and Jessica was just a tiny bit drunk from it towards the end! 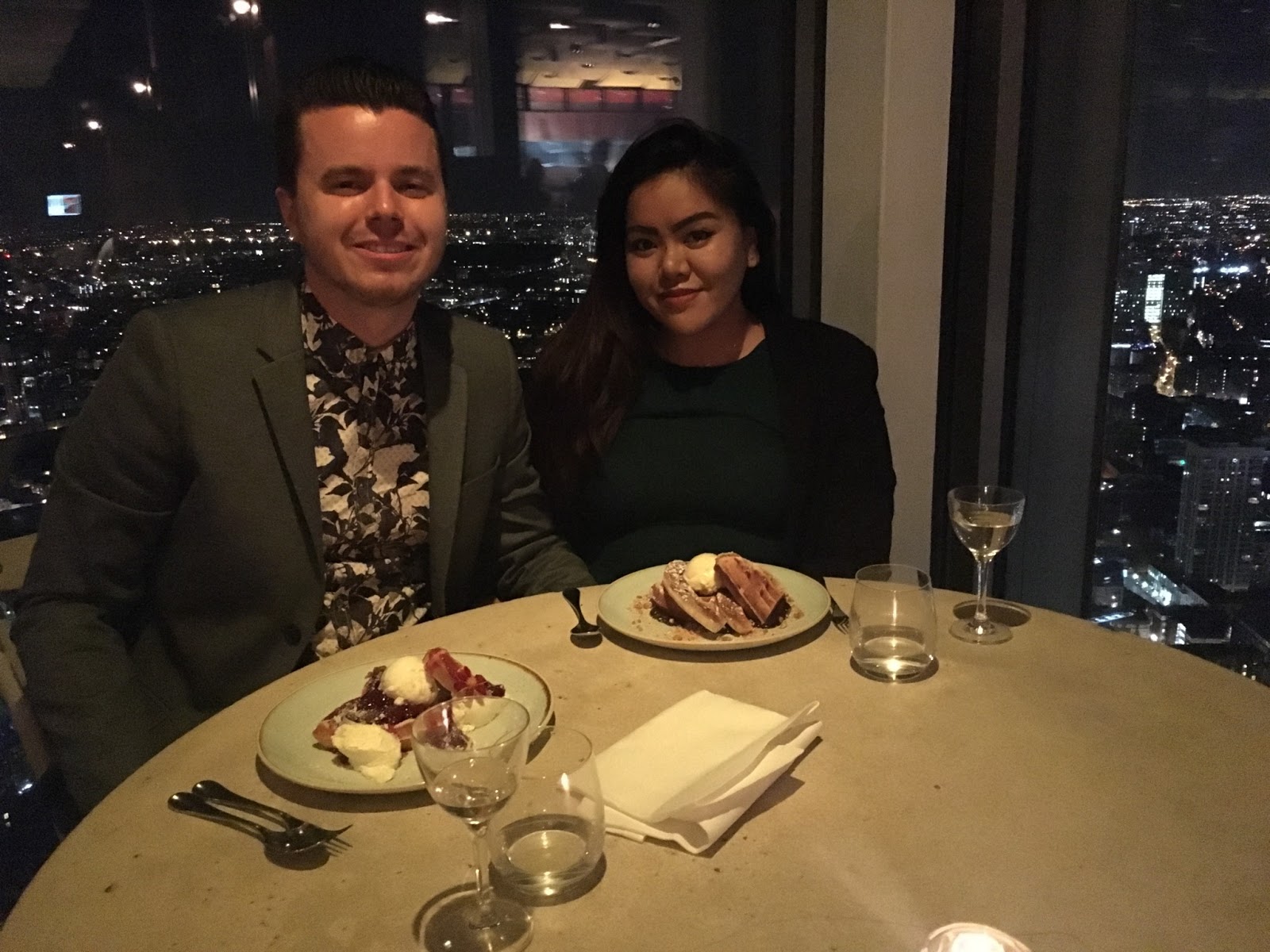 Of course, you can’t come to Duck and Waffle and not have Duck and Waffle as a main course. Tell this to someone who hasn’t heard of here and they’ll probably give you a look telling you the items on that plate do not go together. But of course we knew from the ubiquitous Instagram posts and reviews  that we’ve seen, that is not the case.

The dish was quite delightful – the duck was meaty and crispy and complimented the egg and maple syrup really well. We did think that the duck could’ve been more tender, but it definitely didn’t stop us enjoying it at all. 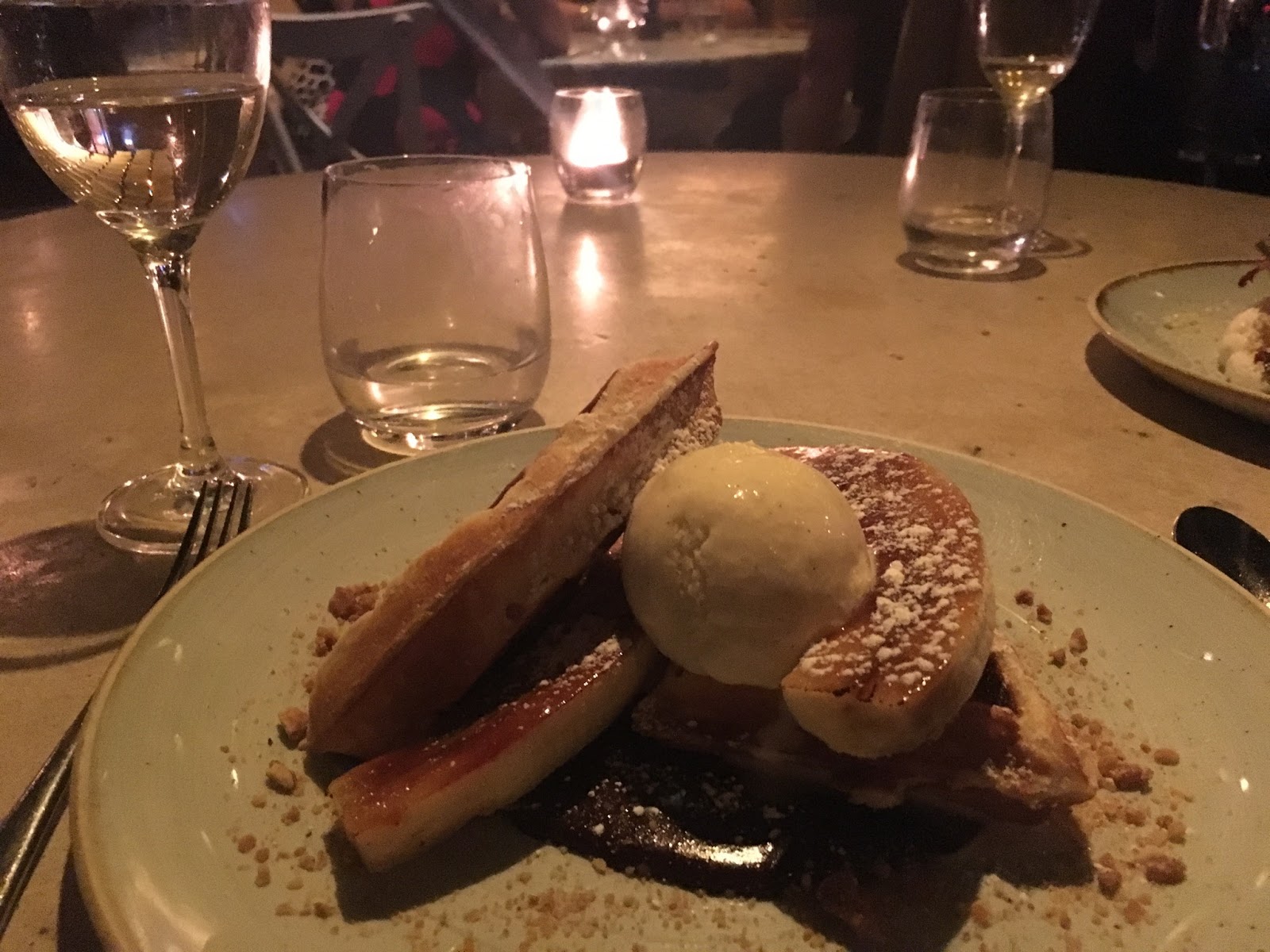 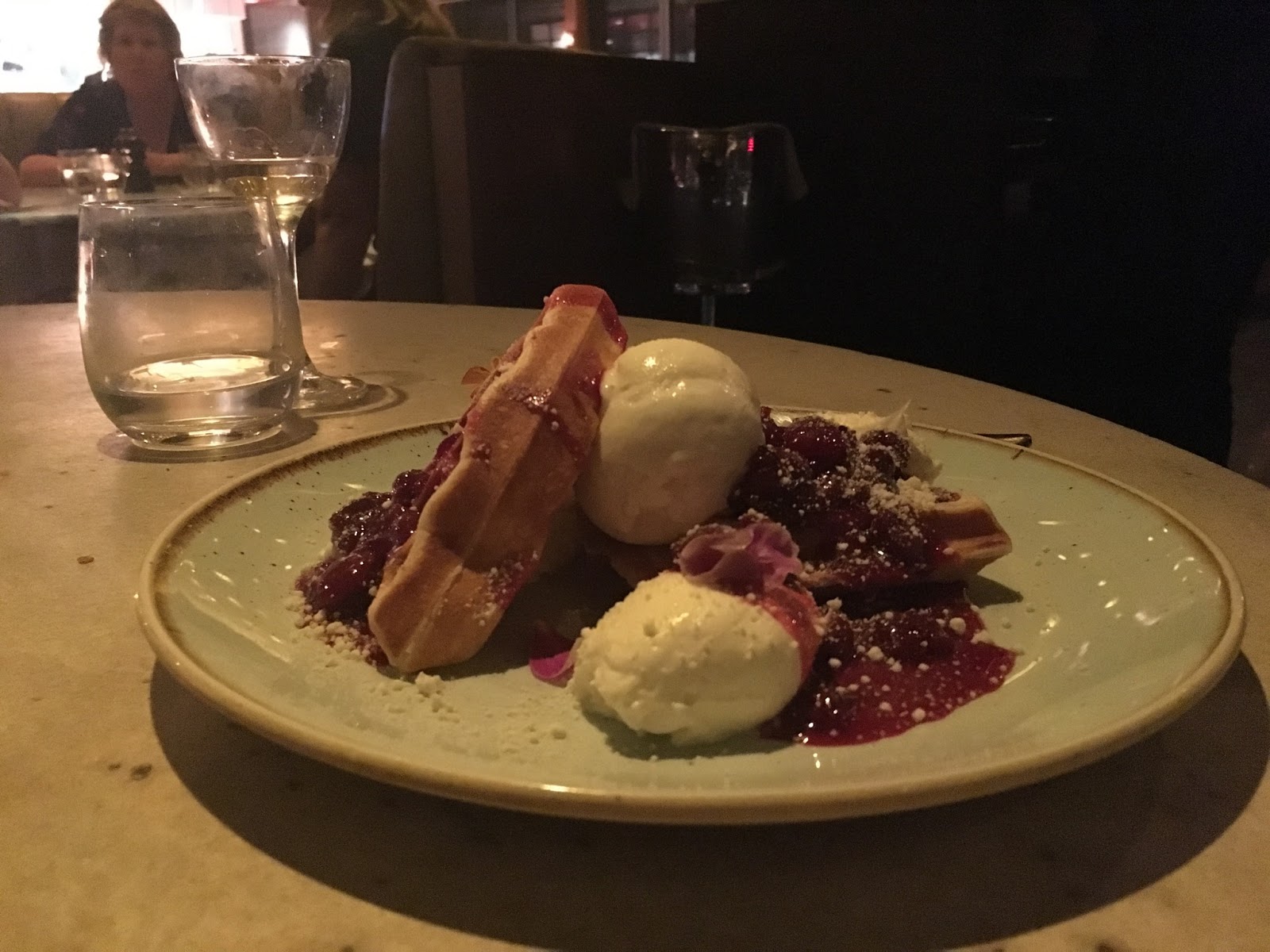 After a quick break, it was on to dessert, and yes you guessed it, more waffles! This time with banana brûlée, and english cherries. However, we did wish that there was a wider choice as every option was a something waffle. Saying that, they were both scrumptious and we would definitely come and have them again.

As you can guess, the main feature of this restaurant is its location, whether it’s night or day it gives an incredible view across London. But the food and drinks were amazing and we couldn’t think of any better way to spend date night. We would definitely love to come again (we just need to start saving for that now!)